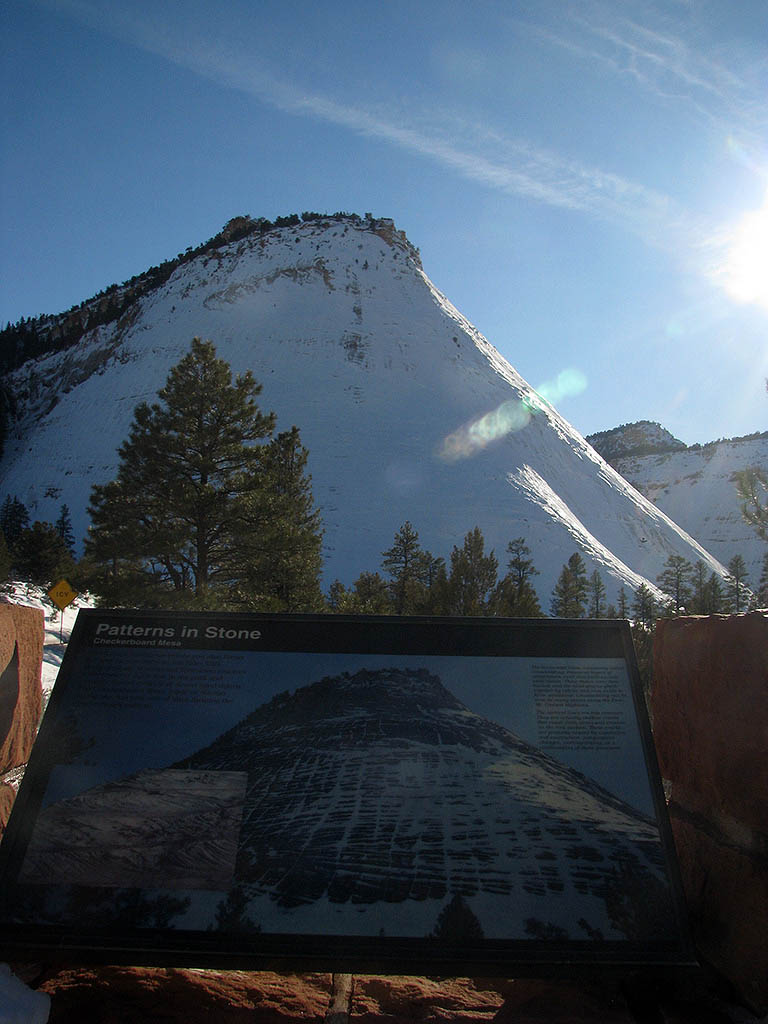 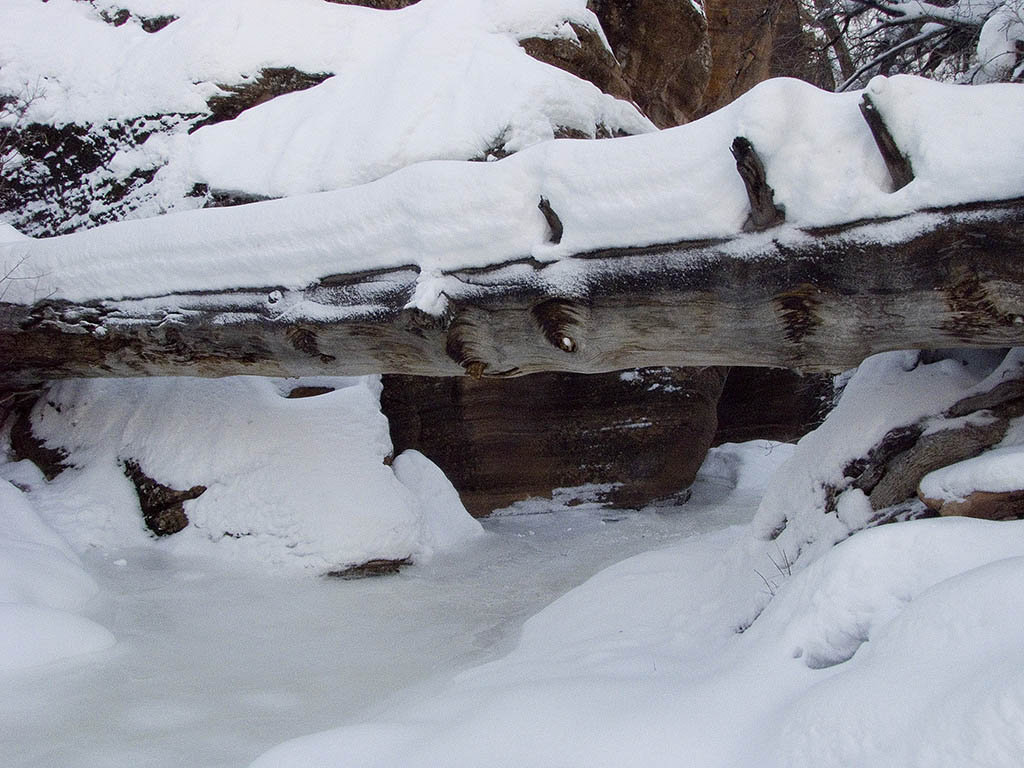 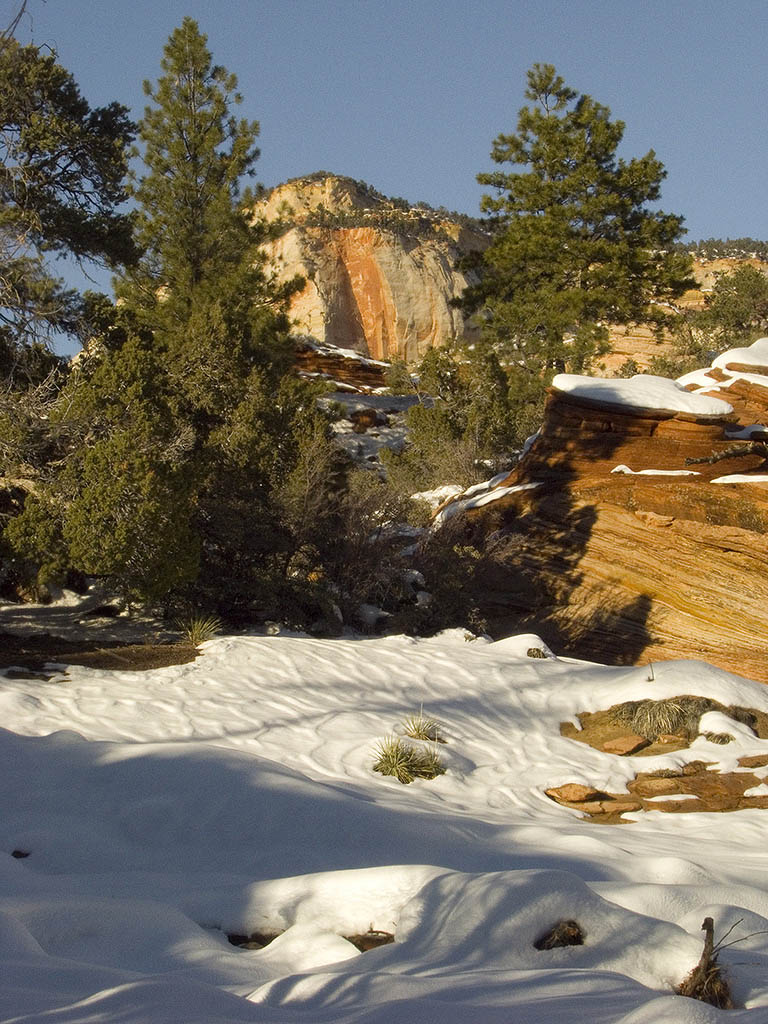 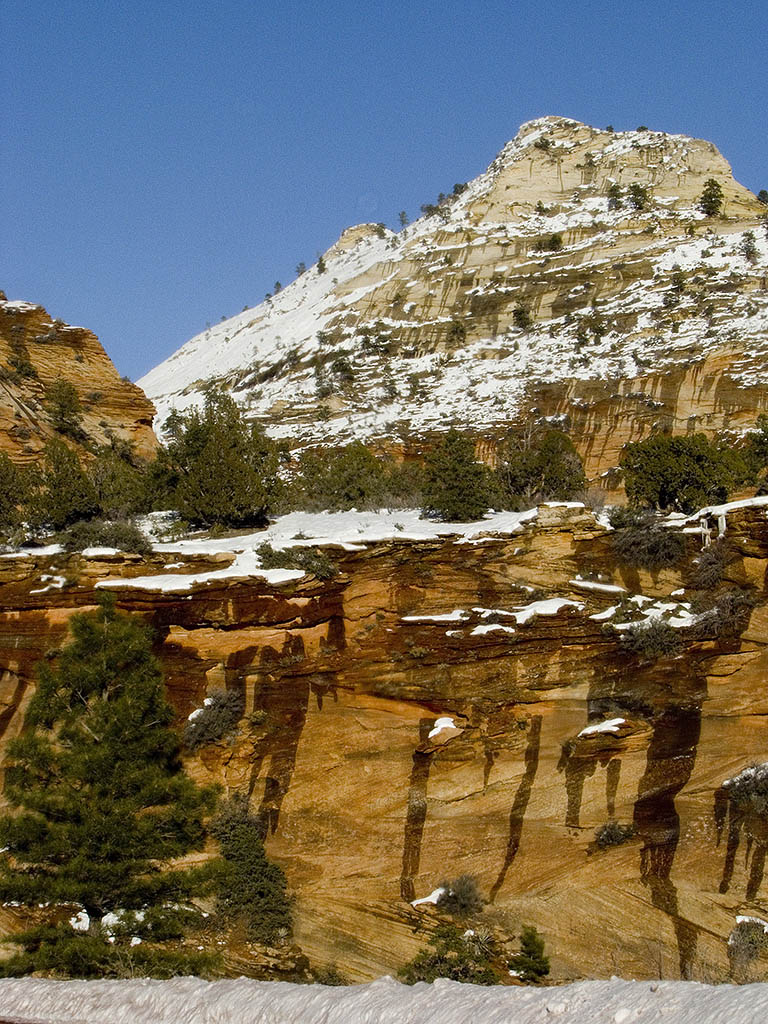 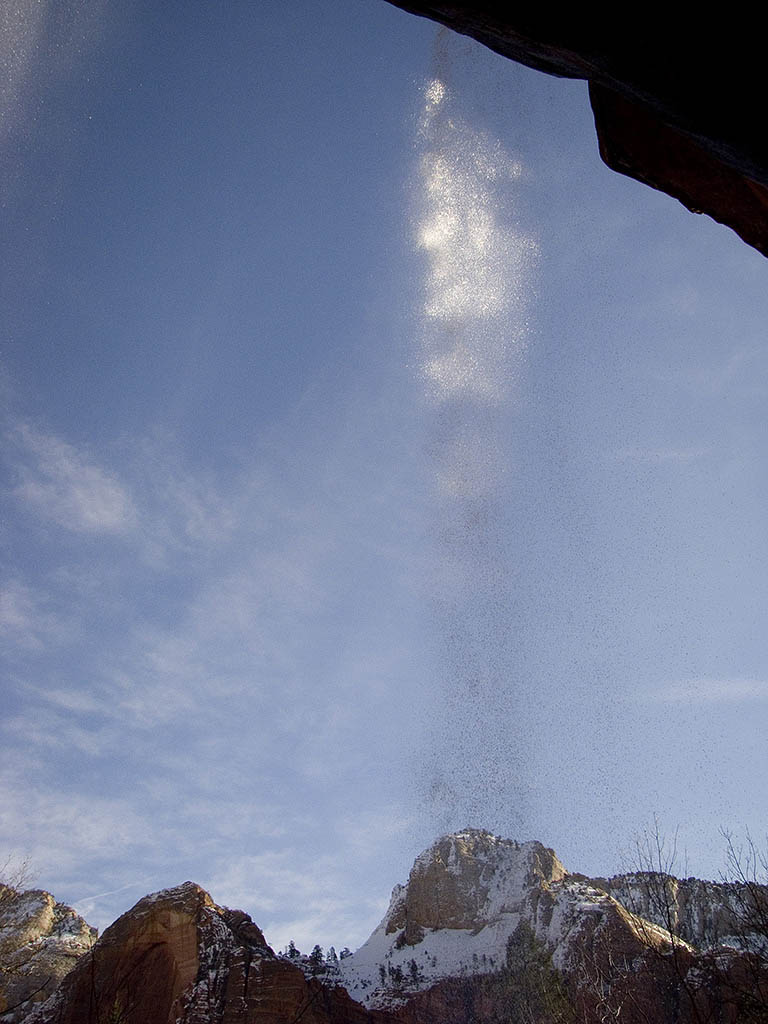 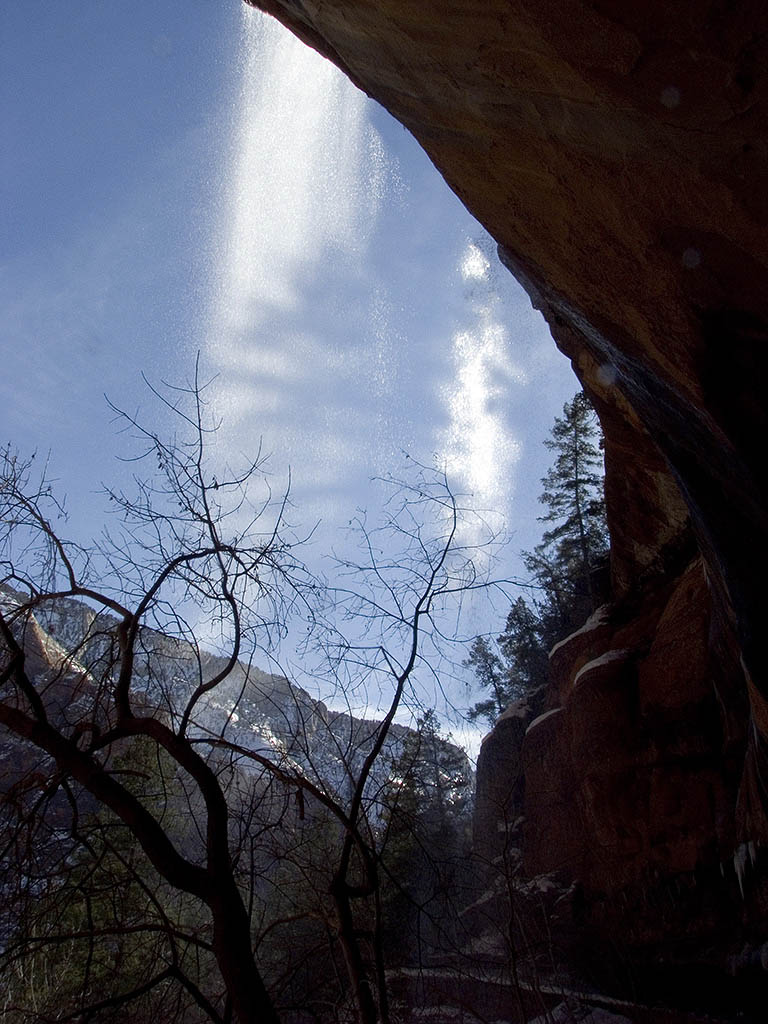 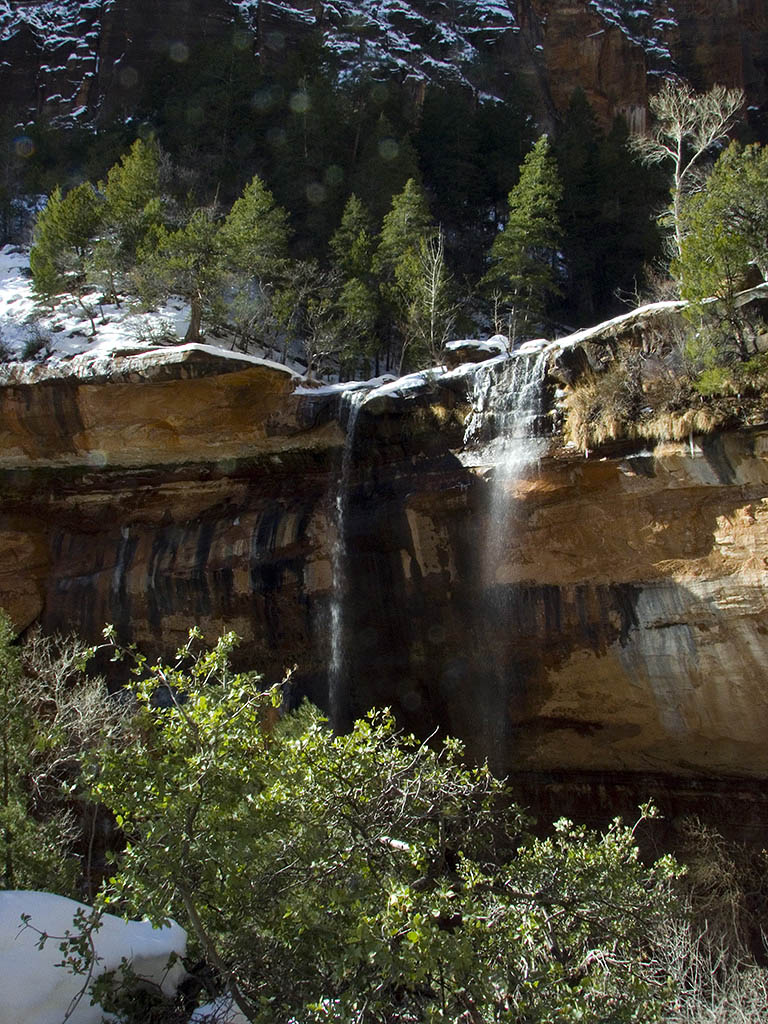 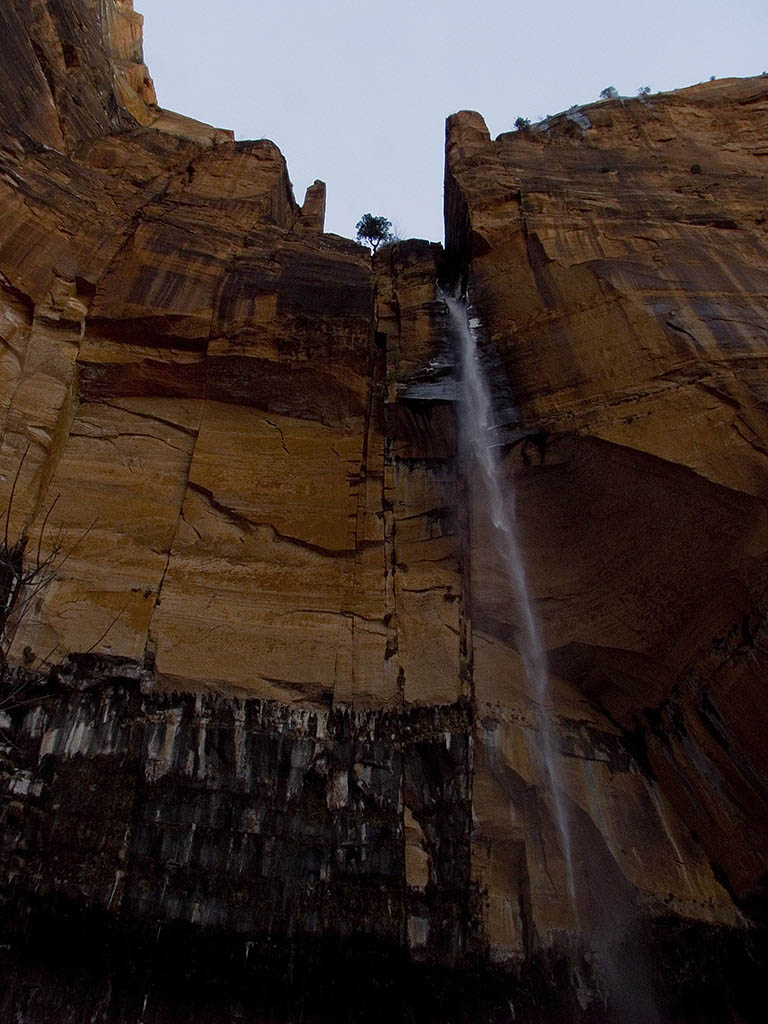 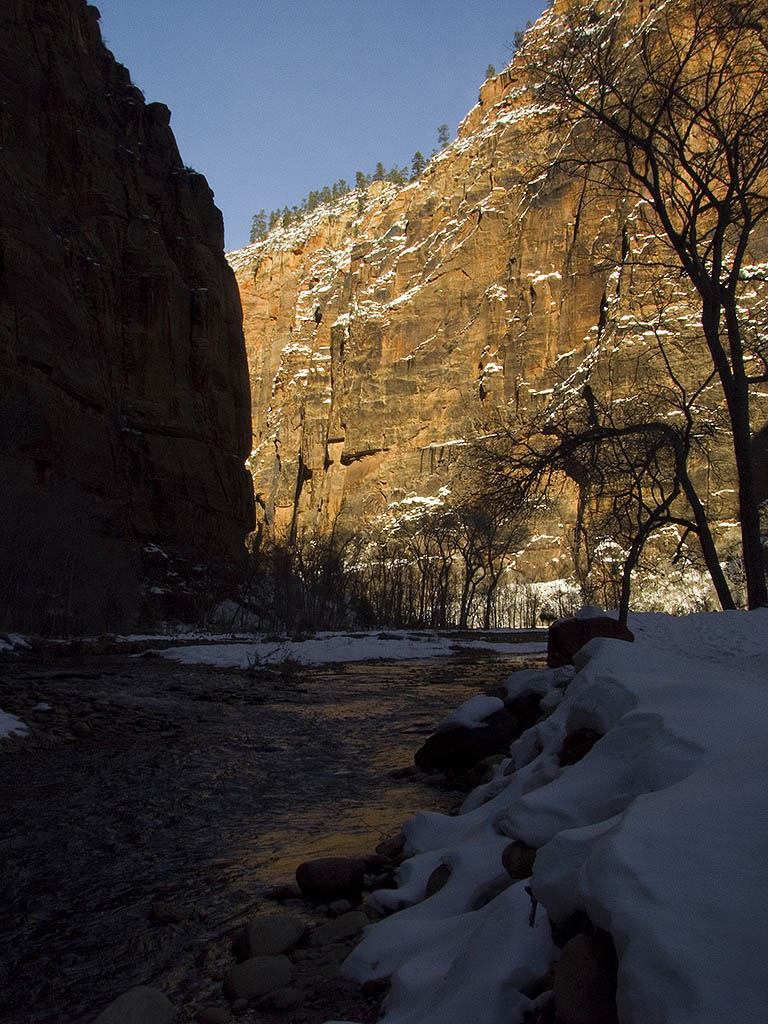 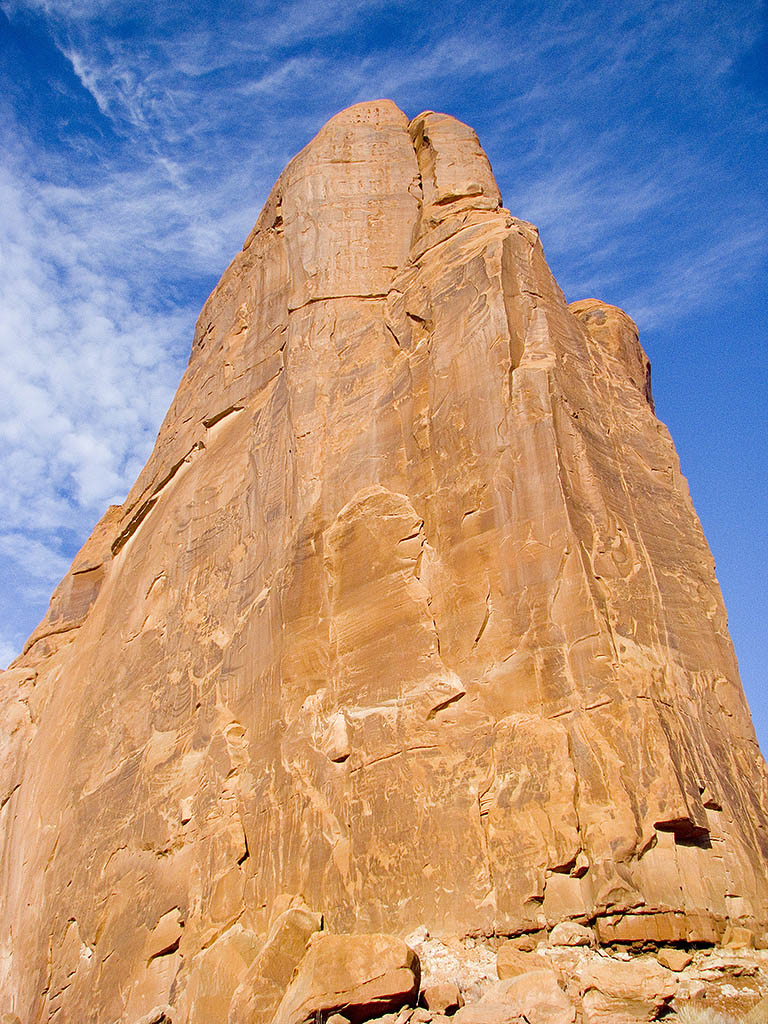 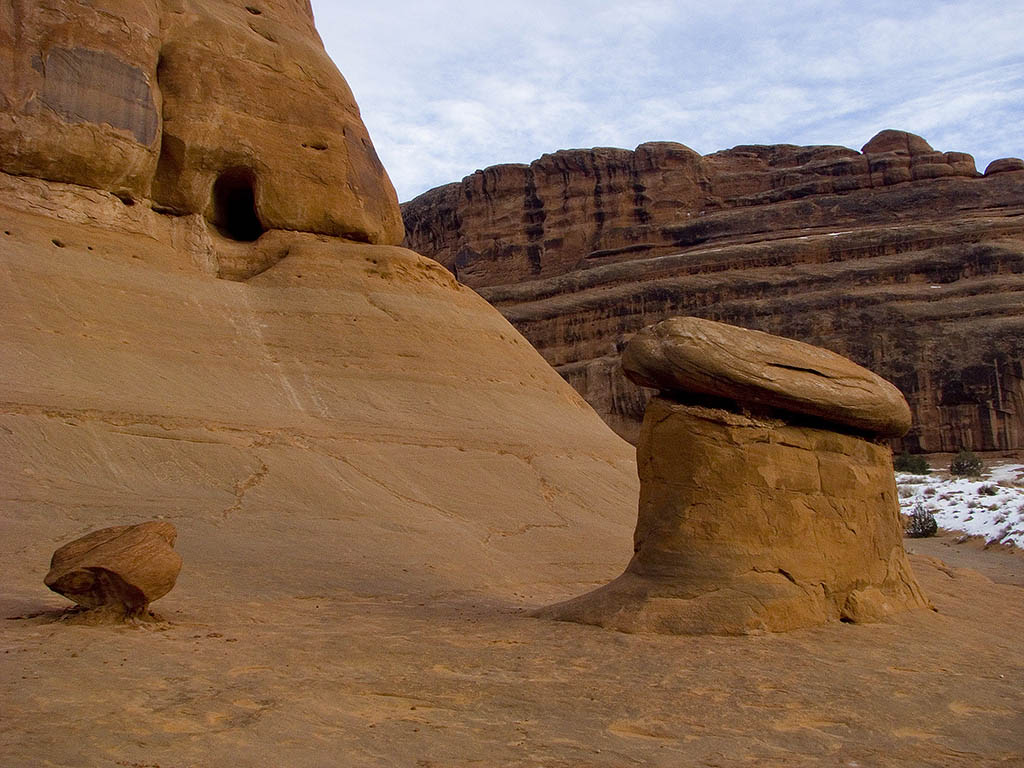 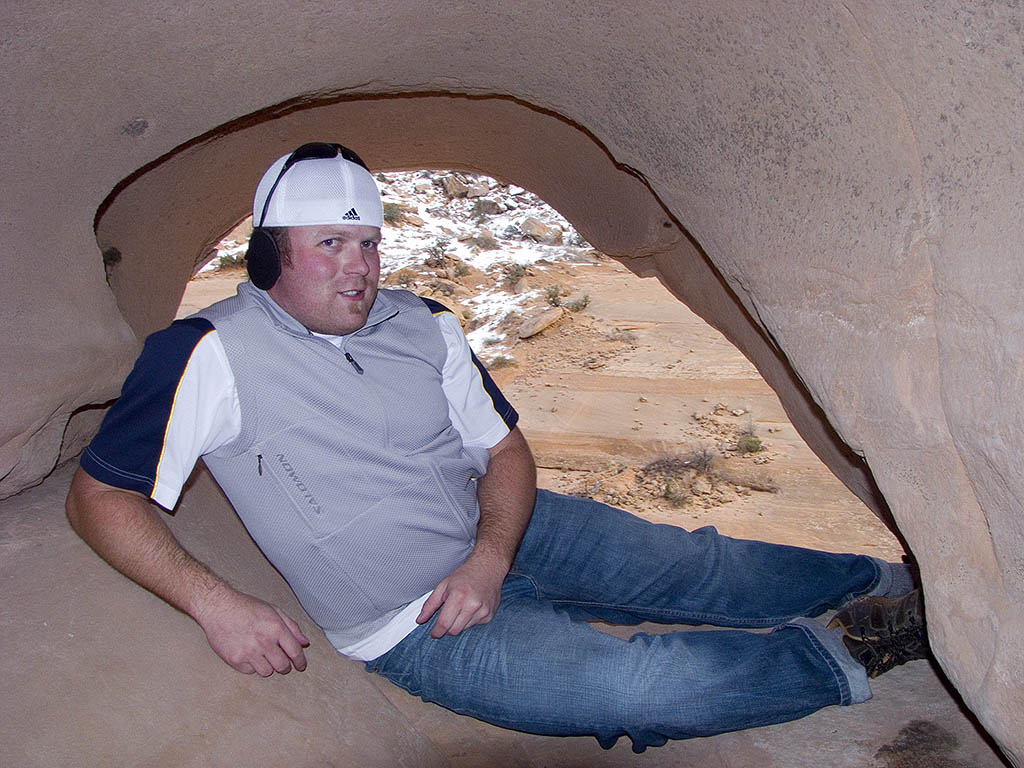 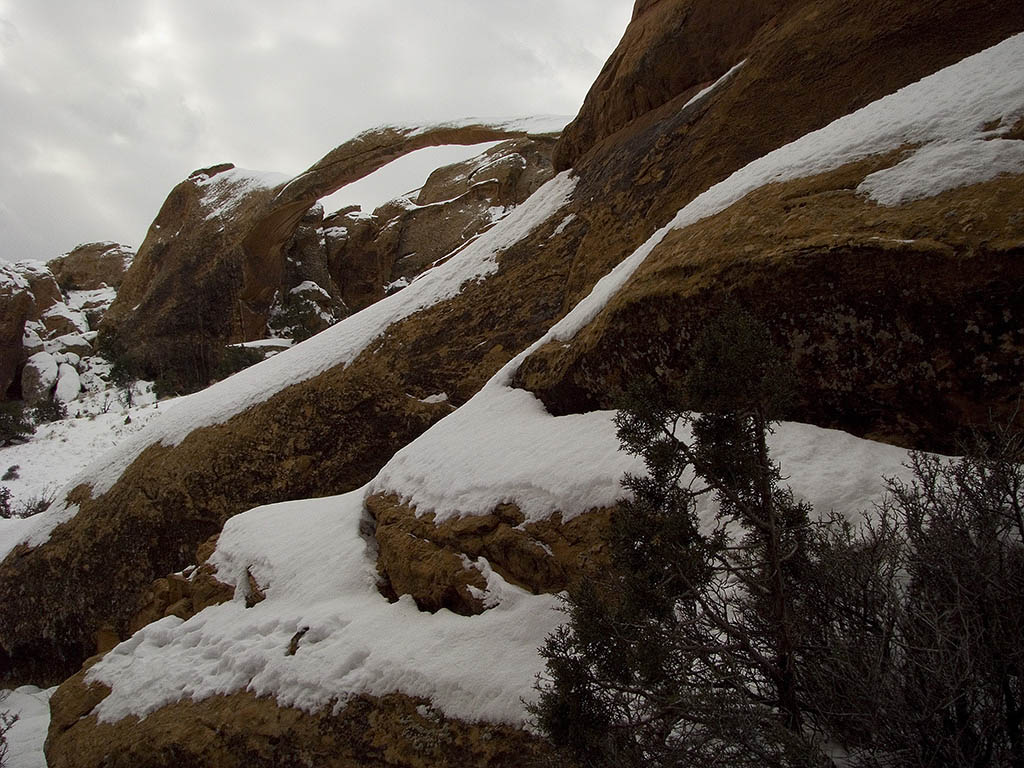 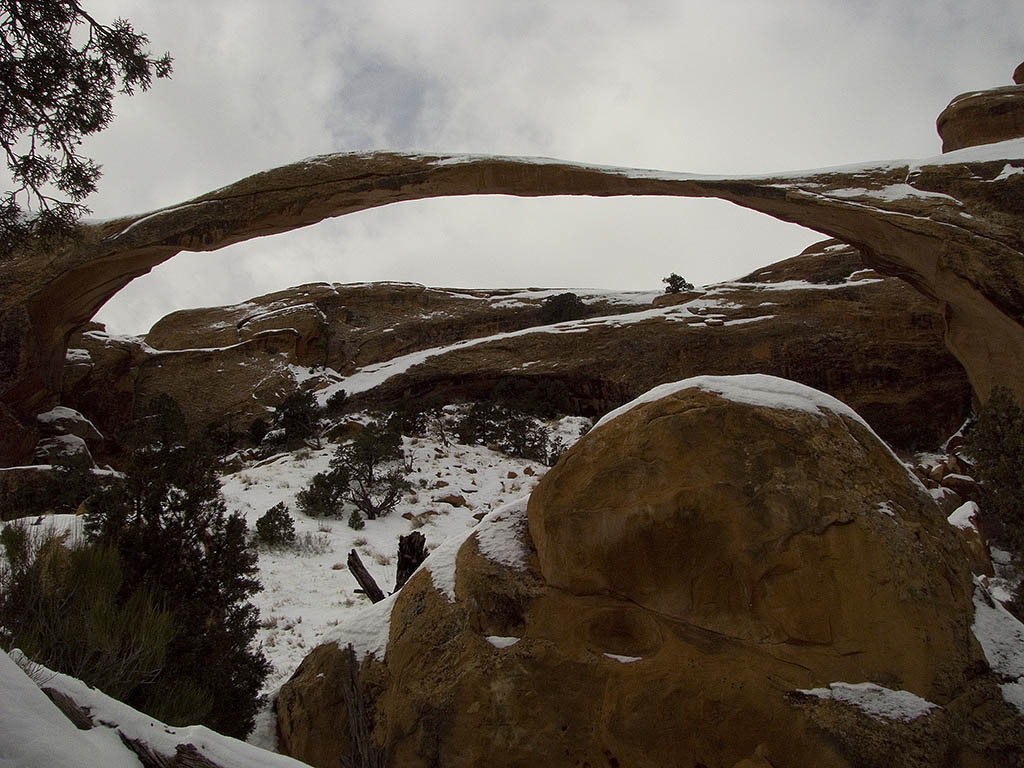 Extra vacation days at the end of the year made for an opportunity to head to Southern Utah and check out Zion in the winter again. The snow had hit the area pretty good. The campground at the park entrance had all melted off, but once you got into the main areas of the park, there was a lot of snow. There was a lot of limited access on the trails due to ice and the risk of falling ice. We went up to the West side of Zion which typically is fairly accessible due to the sun it gets, but there was still a few feet on the ground. Checkerboard Mesa was buried, with no hint of the underlying rock. We explored a bit in the backcountry, but we weren’t dressed for it since we had just gotten into the area, and we could’ve used some snowshoes to get out a bit further.

Our second day we went up into the Emerald Pools. The lower pool trail was closed at the pool due to a sheet of ice on the trail, and an iced over railing. We had ice traction on our feet, so we got through that no problem. The water was flowing nicely in the waterfalls and made for some cool shots. As usual, the middle pool was unremarkeable…The upper pool had a few sections that were ice as well, making some difficult trekking for those without traction. The upper pool was mostly frozen, with a gorgeous waterfall coming down into it. After that we ventured down the river walk, by the Narrows a little until we hit the spot where it was closed off.

With the conditions we had, we decided to move on somewhere else, so we took off to Page for the night, and then on to Moab through Monument Valley. That’s always a cool area of the country to drive through. We had enough time to get up into Arches and hike to the tunnel I had heard about. It was pretty easy to get to, even with a layer of snow on the ground. There were a lot of other recent footprints, but we didn’t see anyone else. I only had a vague idea of its location from what I studied on Google Earth 4 months back, but we made it up there in good time. It’s really cool to see a natural feature like that, and getting into the Arches backcountry is something I have wanted to do for a while. I want to get back there a lot more in the coming year. The next day we visited Landscape Arch. There was quite a bit more snow in that area of the park. I still can’t believe that arch is still standing. It barely has any depth to it on the right side. I went there with the full intention of seeing it for the last time. Speaking of, I headed up the trail to see the remains of Wall Arch. It’s hard to tell that anything was there, except for the debris on the ground.

View photos from this trip