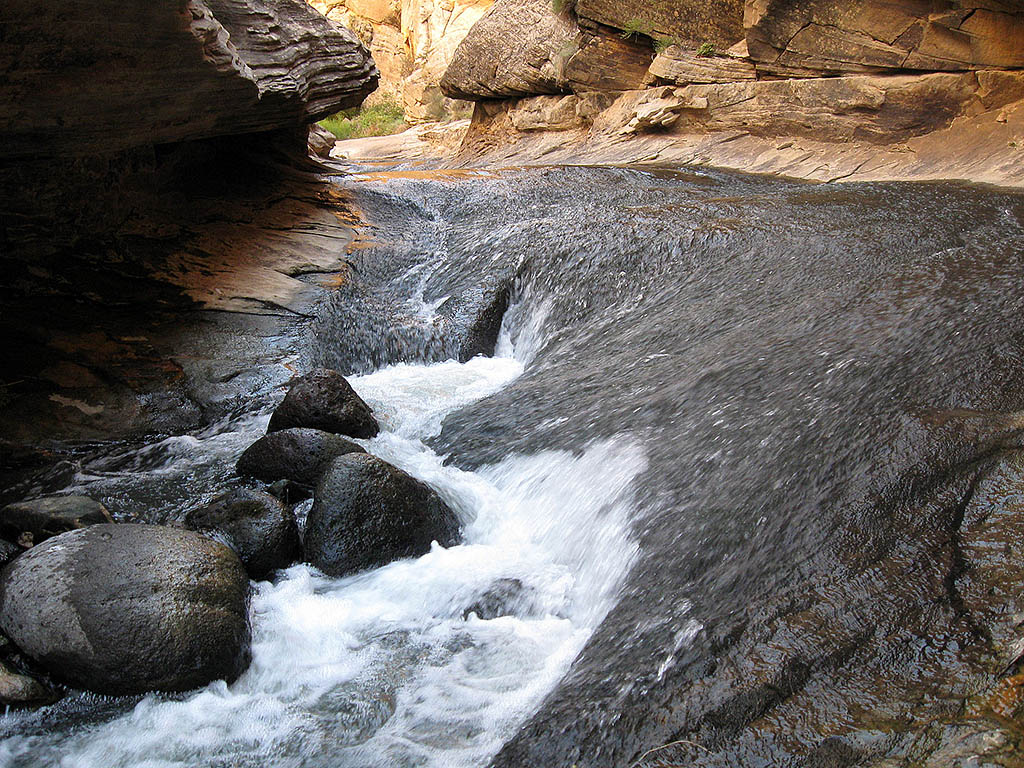 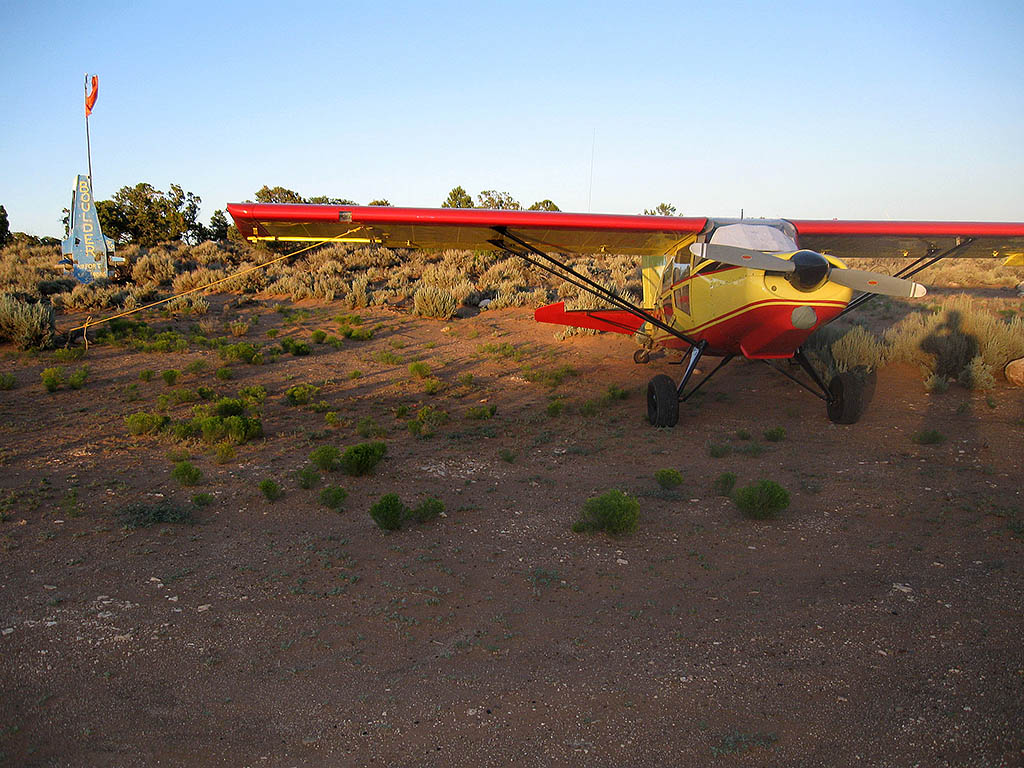 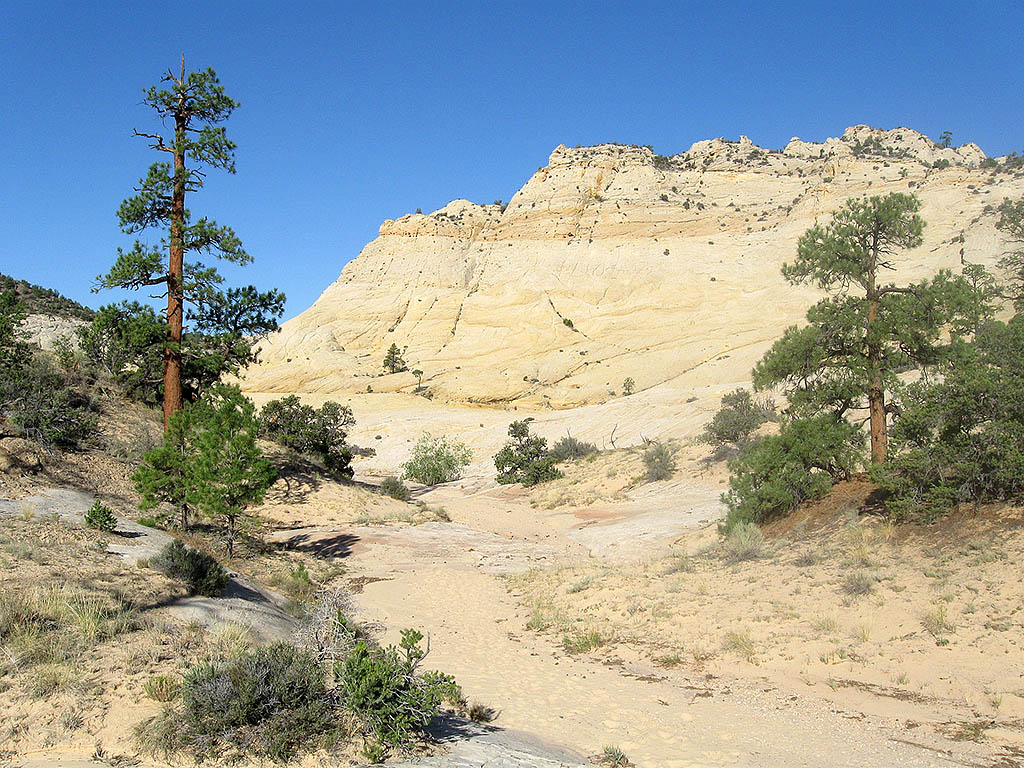 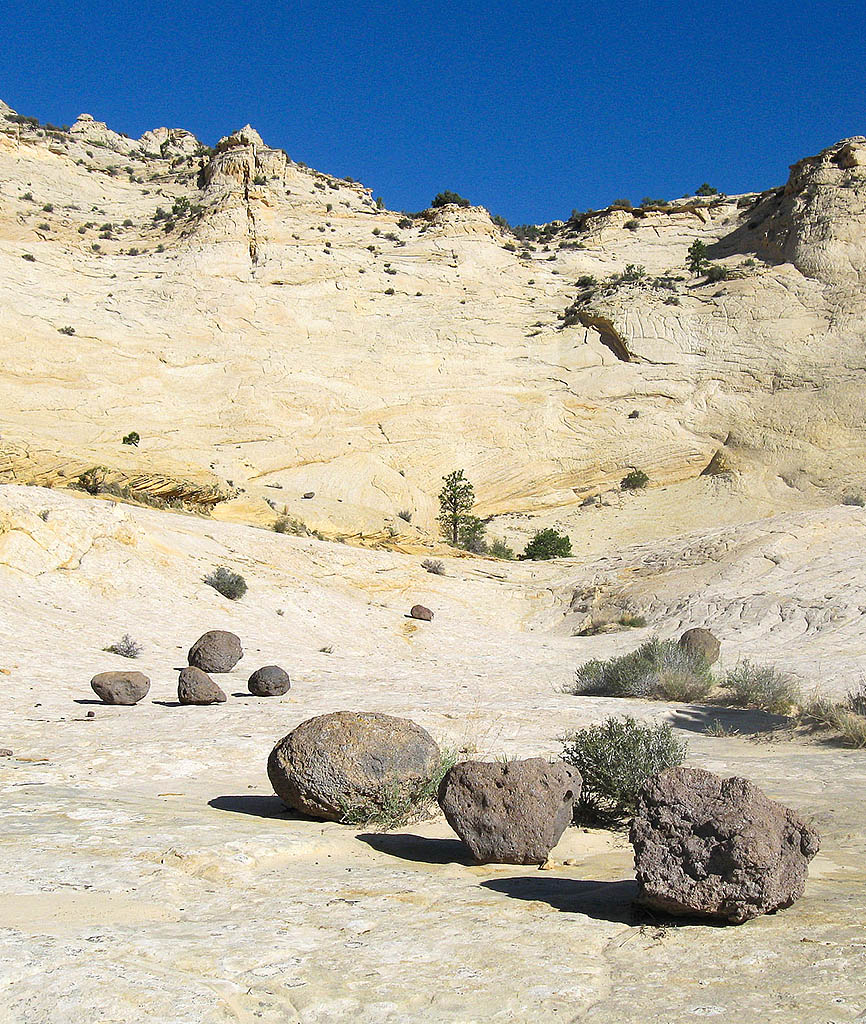 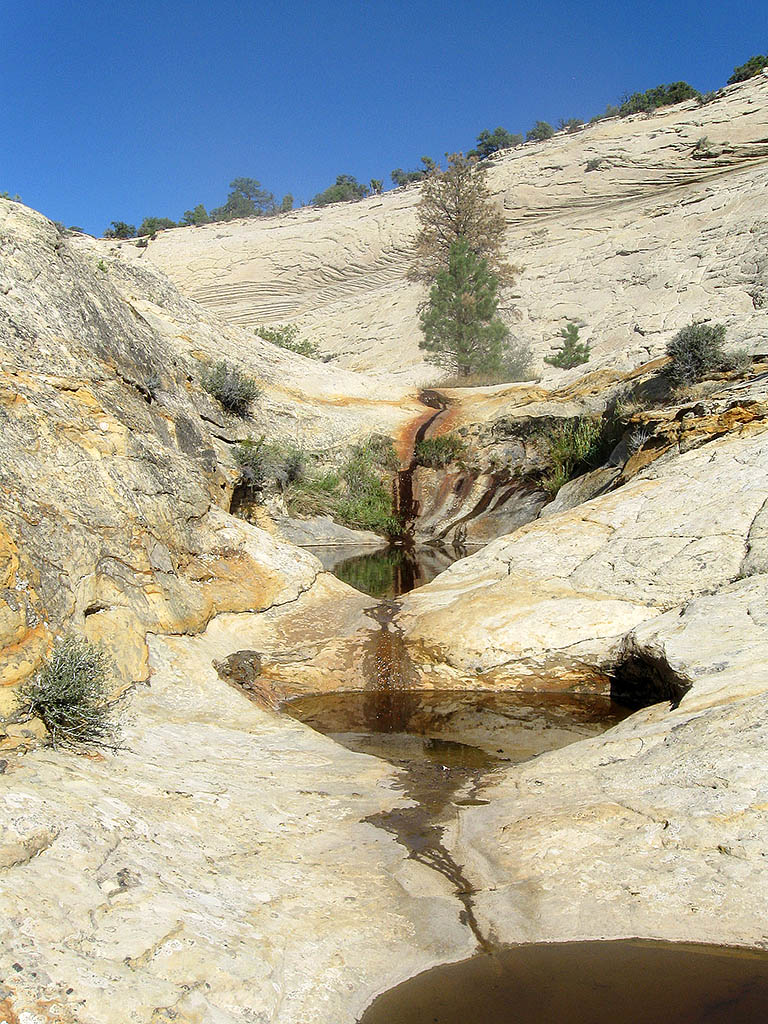 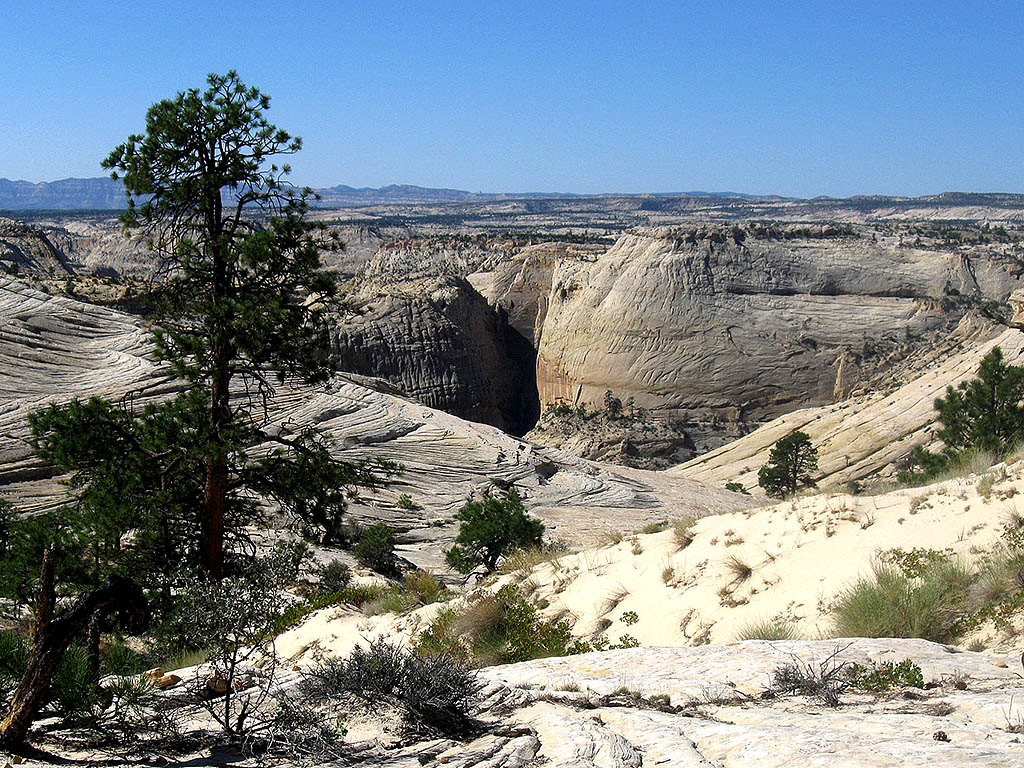 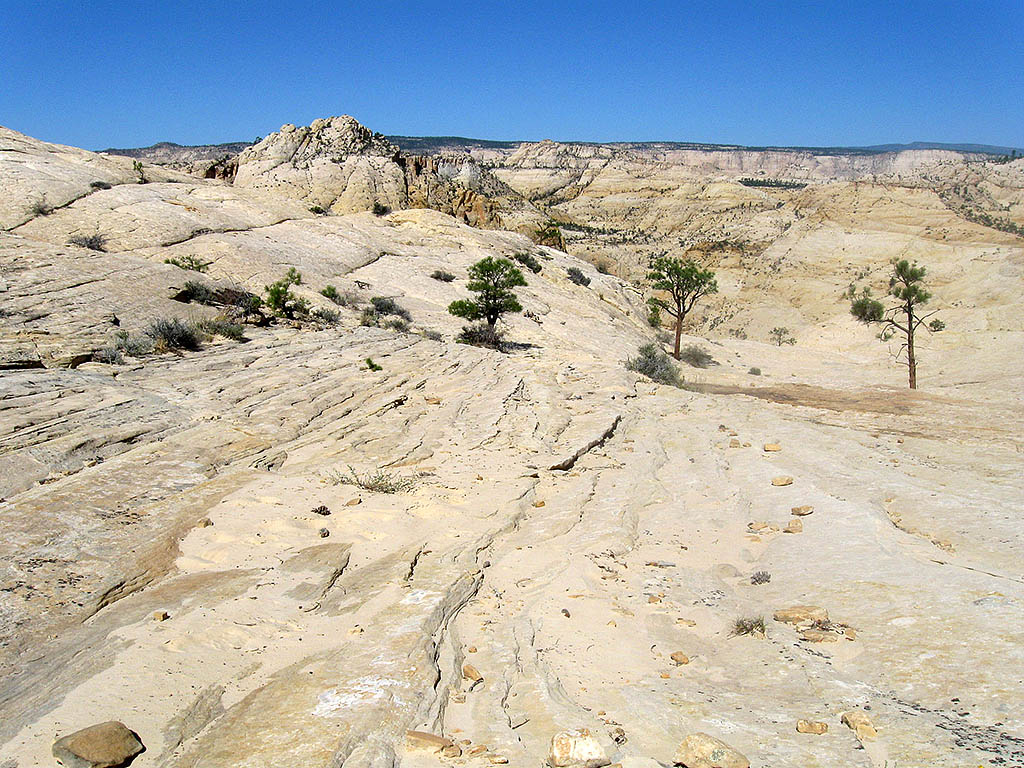 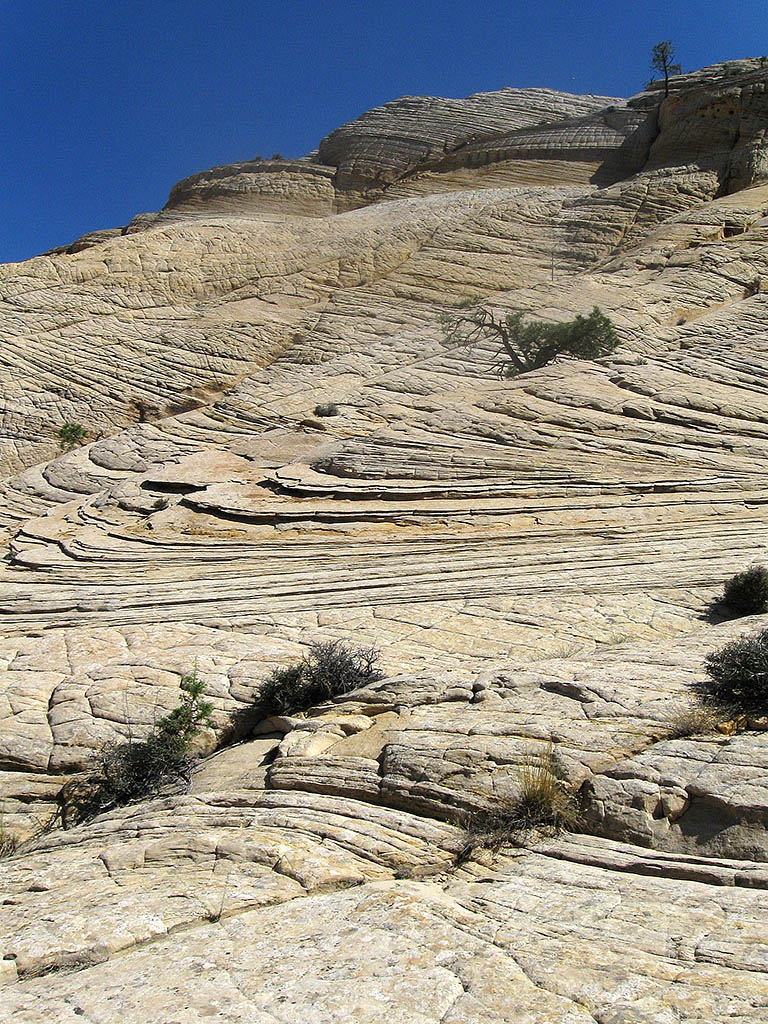 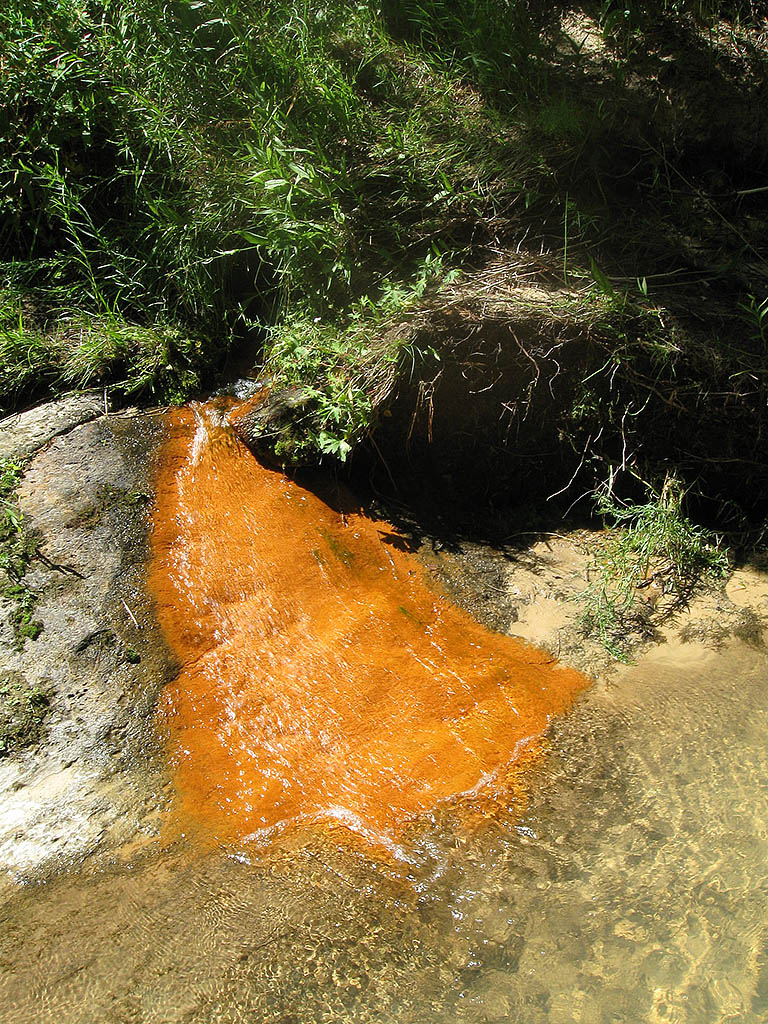 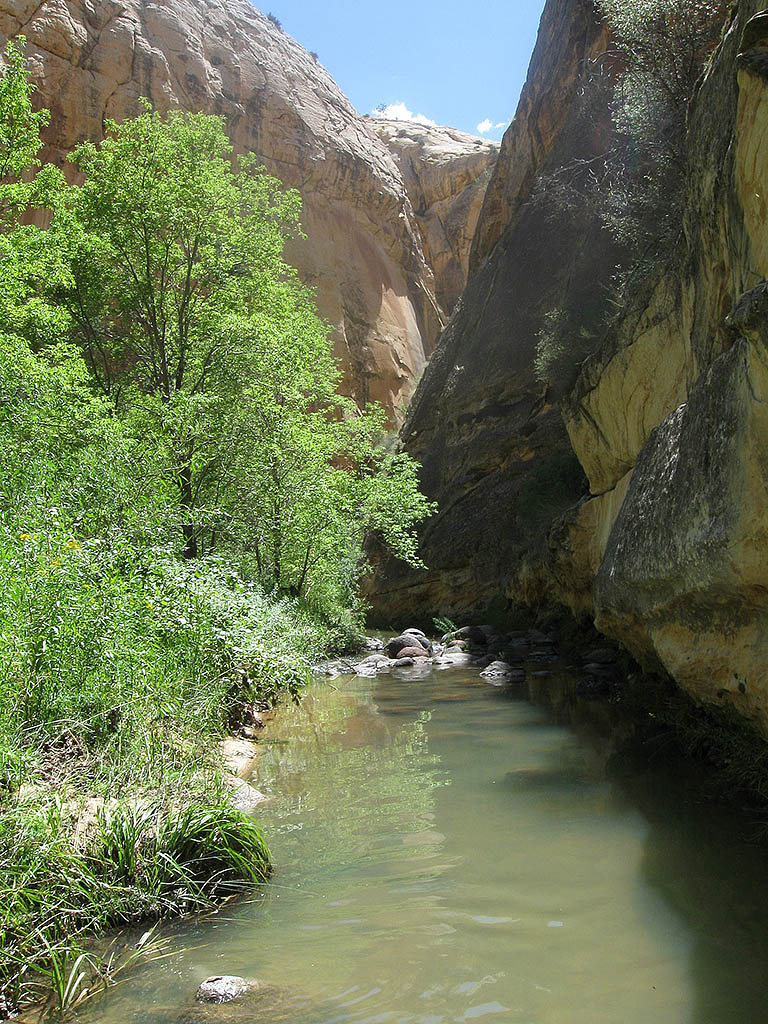 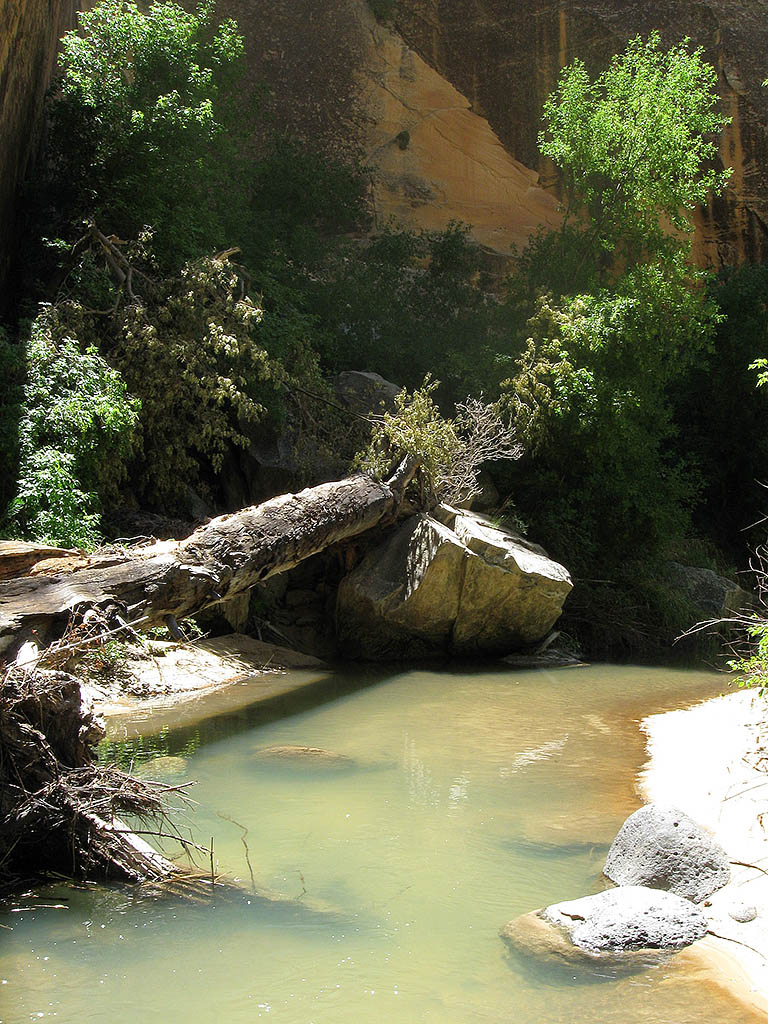 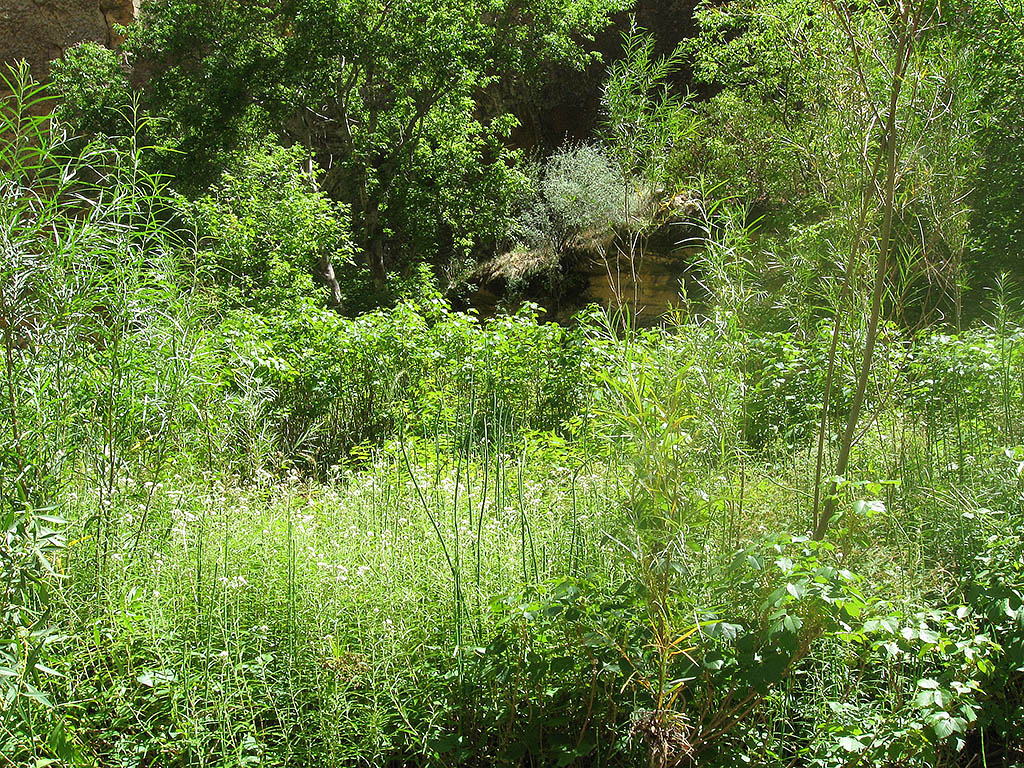 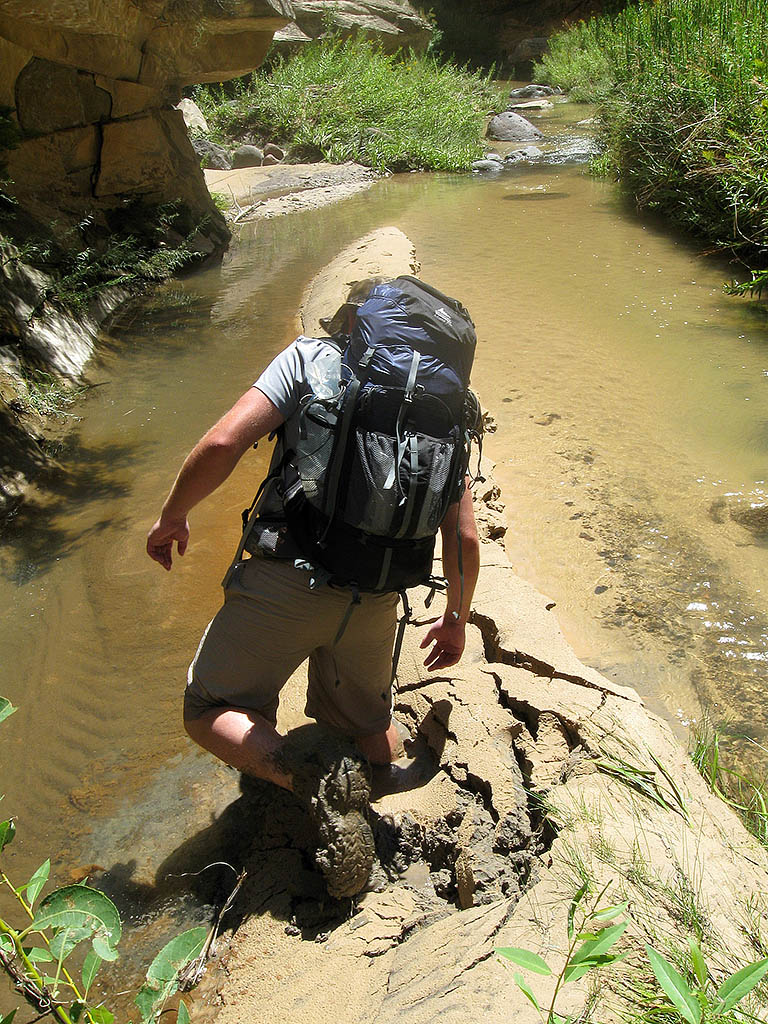 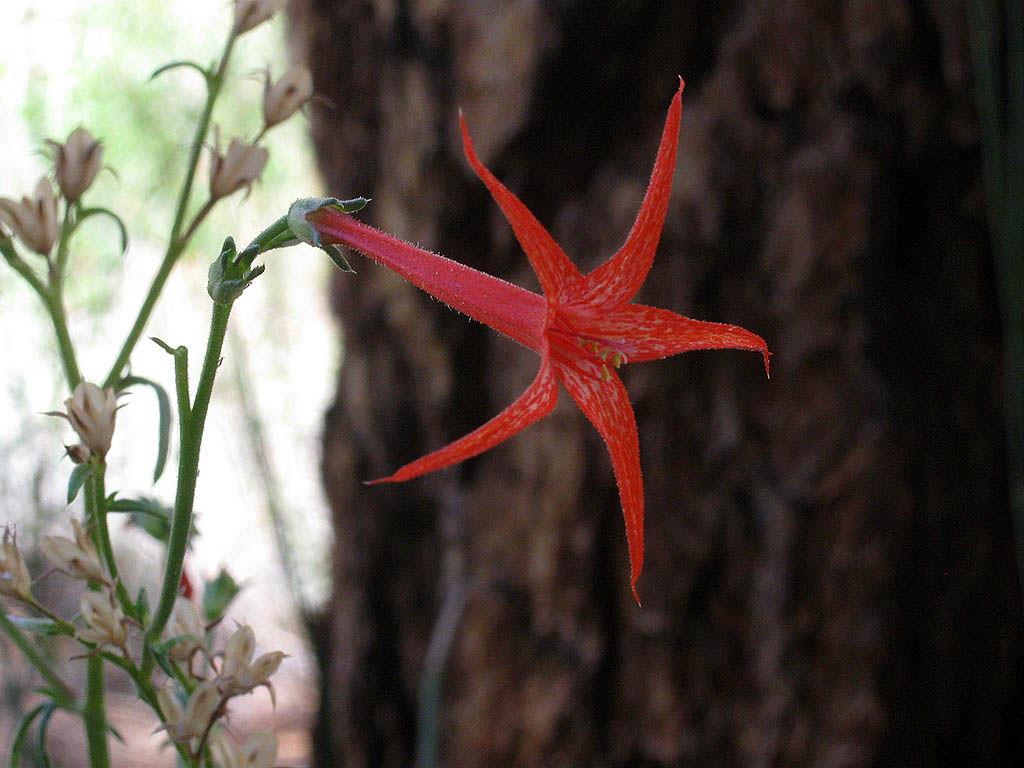 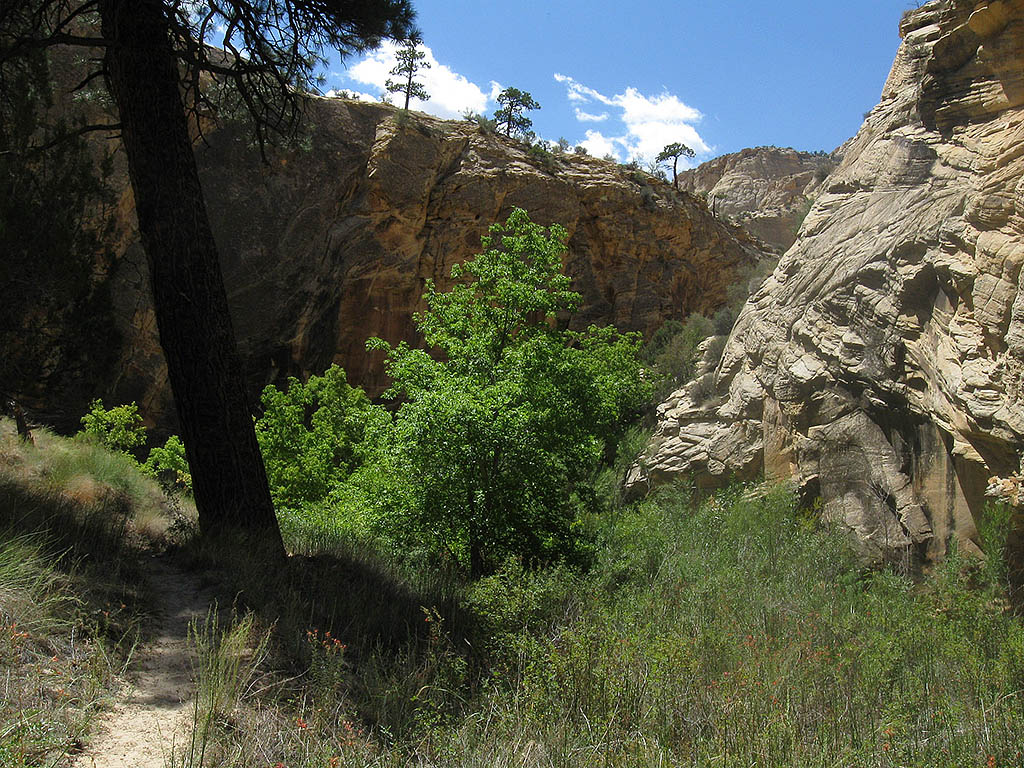 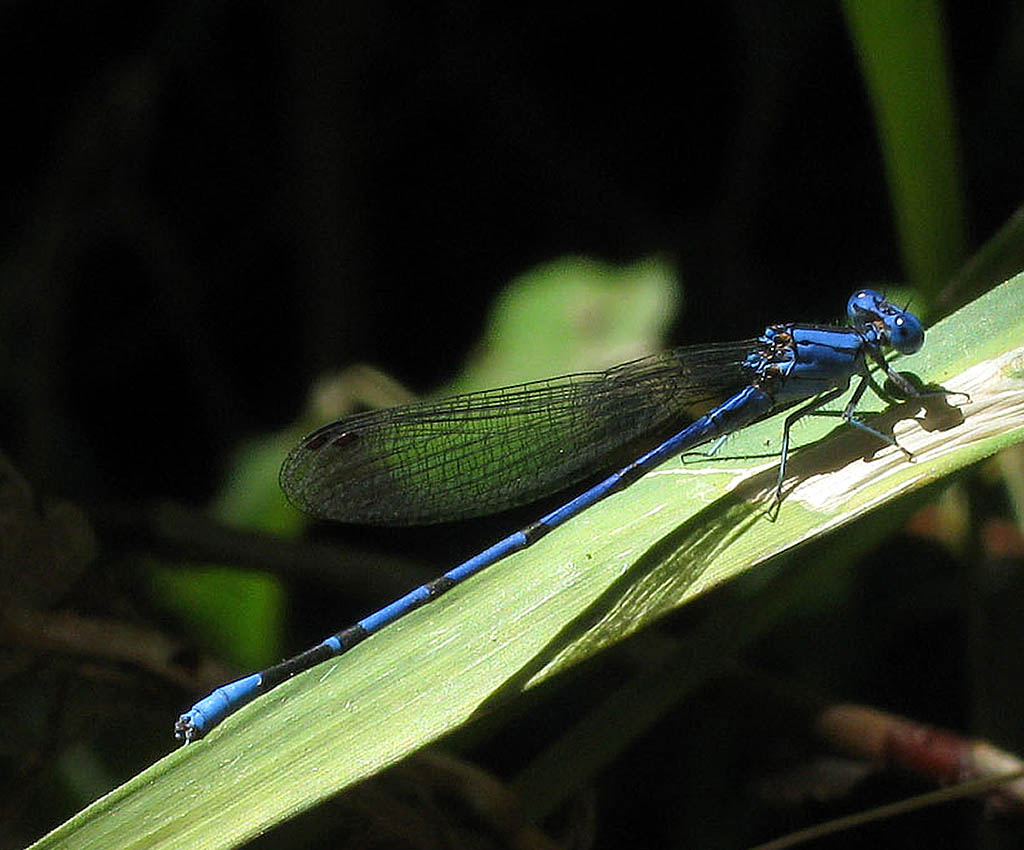 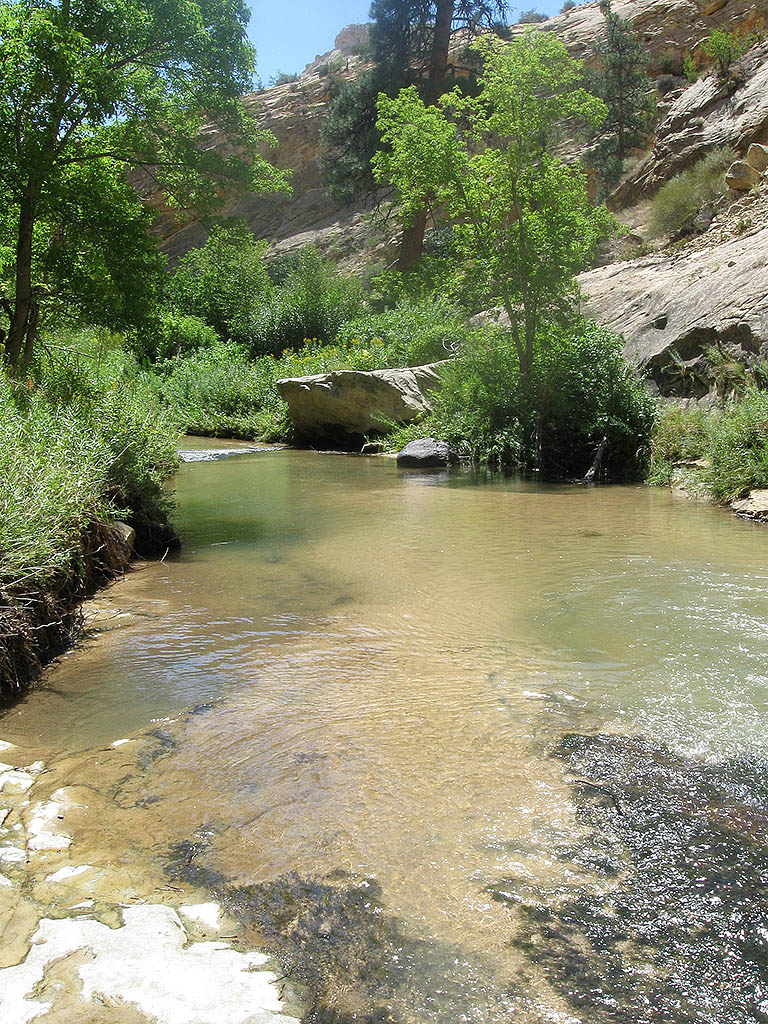 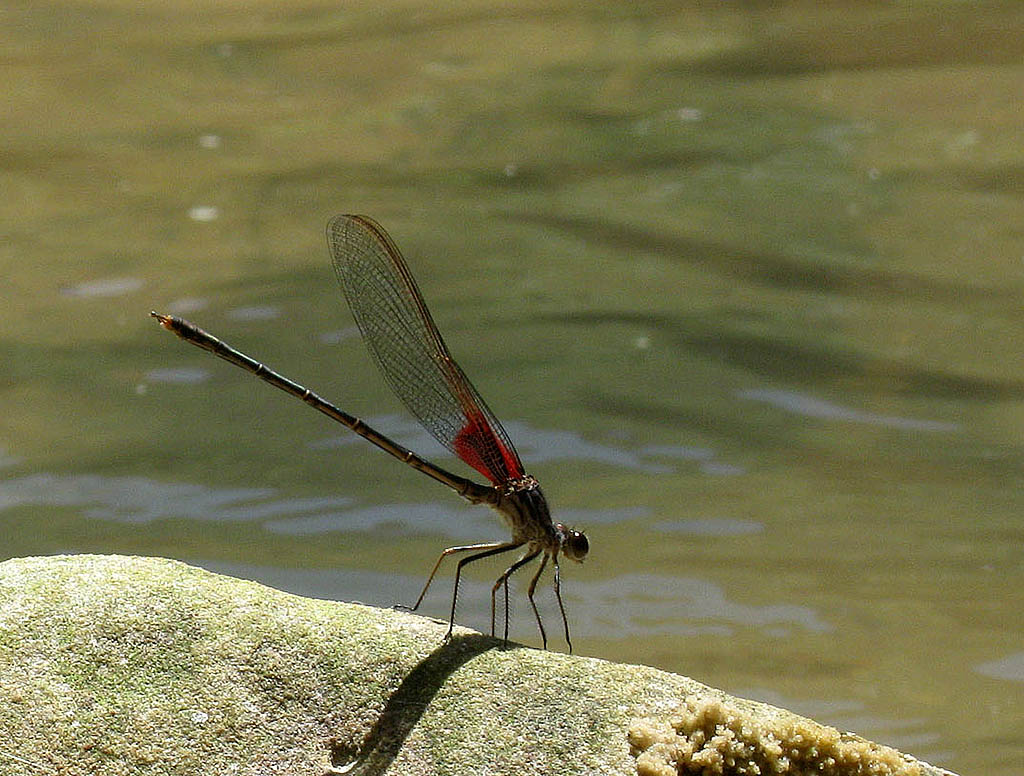 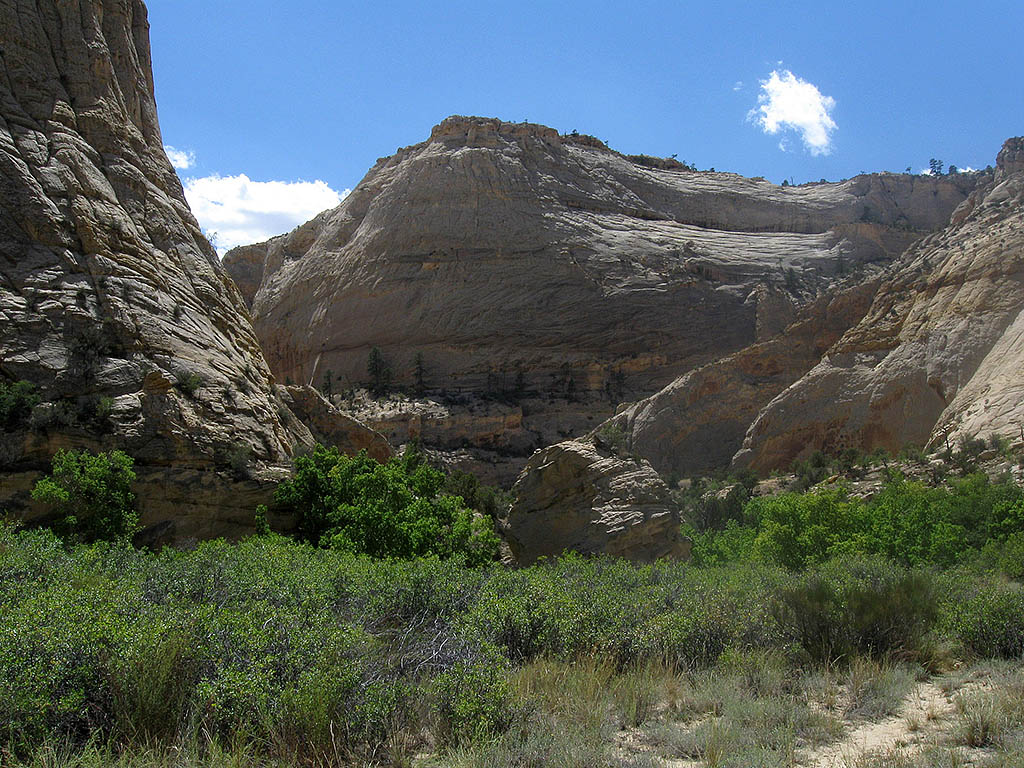 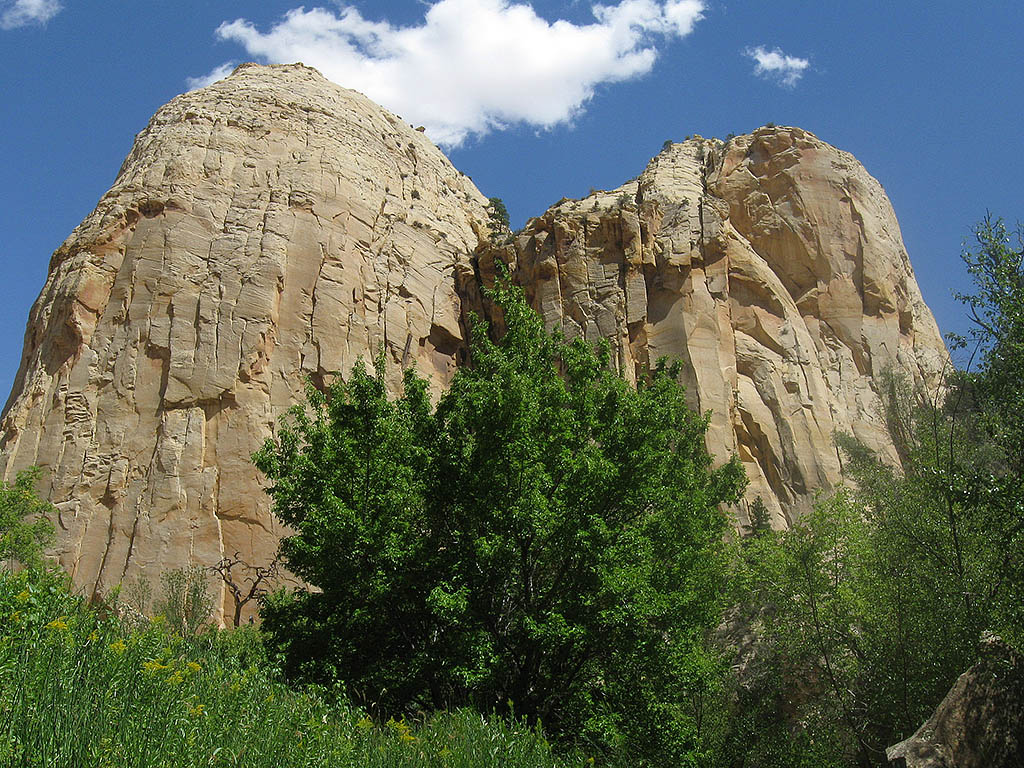 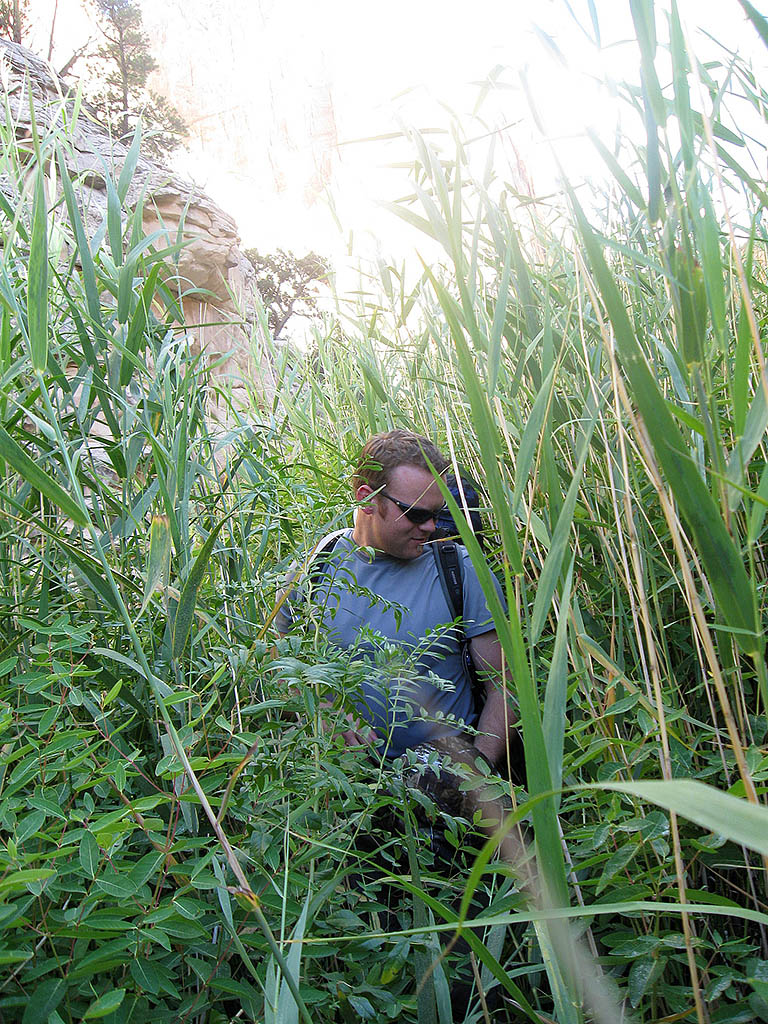 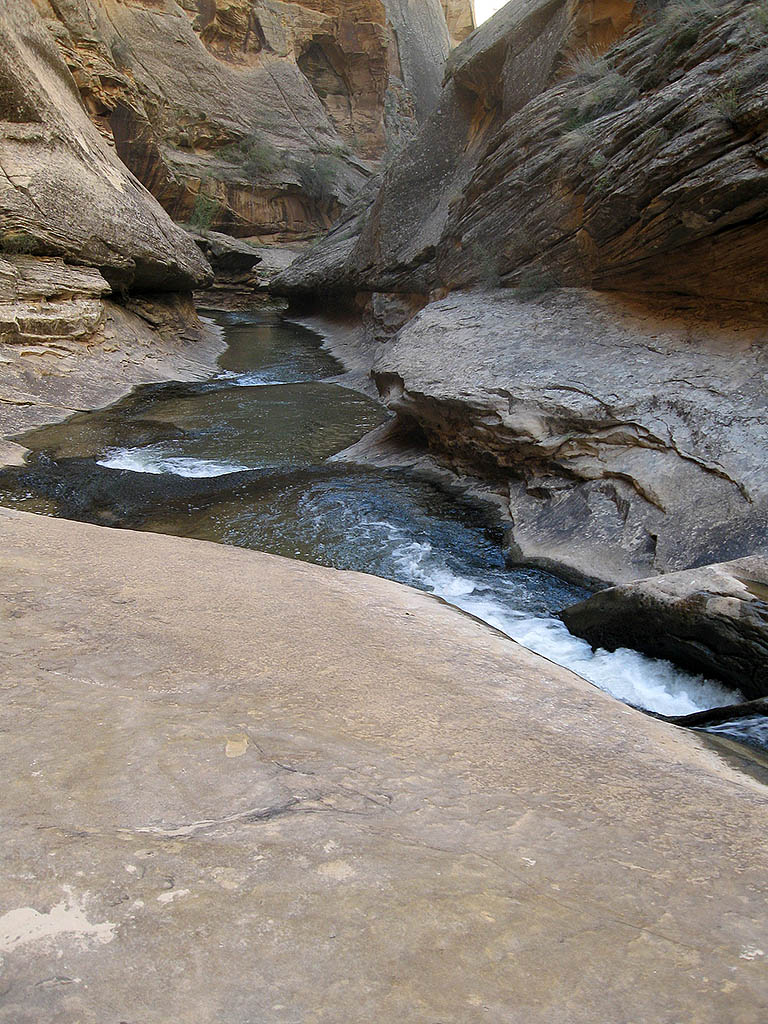 Finally, the trip to do a stretch of Death Hollow came. We stopped at the Hells Backbone Cafe in Boulder for a few minutes. Just long enough to sit down, look at the menu, order water, and realize that was about all we’d ever be willing to pay for there. So we had burgers for dinner, and headed to the trailhead to camp. On the way we drove across the Old Boulder Airport dirt strip, and found a plane there! That was cool. I didn’t think anybody used it anymore.

The next morning the owners of the plane came to fly it off, and we headed out. Sand Hollow came and went pretty quick this time around. I thought we had gone down Sand Hollow too far before the trail exited, based on the trail outline on the map, so we headed up one of the drainages that the trail would cross and started climbing out the West side of it only to hit the trail from the wrong side, meaning we didn’t go nearly far enough. Oh well. At least we got that out of the way.

We hit Death Hollow within 3.5 hours. We dropped our bags, had lunch, and decided to head upstream a bit to find Squirting Spring. The actual source is sourrounded by soil, so there’s a narrow opening to get water from the actual source. The water from there travels down a flat surface where it’s difficult to collect. The water has iron oxidizing bacteria which causes the rust colored surface on the rock. Pretty sweet. From there we went for a swim in one of the pools and headed back down to where our packs were. The initial plan was to sleep in the campsite where the Boulder Mail Trail hits Death Hollow but we both wanted to move on.

The vegetation was pretty deep, and the quicksand was plentiful. There was flooding all through here a week before from heavy rains and that deposited a lot of new sand where there was solid rock in the creek before. The poison ivy was very heavy in some areas. Dragonflys were flying around all over the place, and there were no mosquitoes or biting flies. It was nice….except for the poison ivy. With the temperatures being on the warmer side, however, staying in the water to avoid the ivy was most welcome.

After we passed the point where I had never been before (where the Boulder Mail Trail climbs out of Death Hollow) things started to really open up â€“ like a massive valley inside what was otherwise a fairly narrow canyon. We went cross country through the desert like areas to shave off some distance through the creek. Eventually, after 3-4 hours, we made it to the canyon where Mamie Creek comes into Death Hollow. There was actually a small flow of water. We camped just downstream of there on a new sand bar that was perfectly flat in an area which otherwise would have no good places to camp. I set the hammock up with a crack in a boulder, and a small rock, and a tree. Hammocks are the best when backpacking!

The next day, we went just a bit further downstream before we hit the only narrows section of the canyon South of the Boulder Mail Trail. Had it not been for the sand deposits making the unavoidable pools only waist deep, we would’ve had to swim them. I wouldn’t have minded that, but keeping things dry for sure, instead of hoping they’d stay dry in the dry bags was better in my mind than having a quick swim. Not long after we were through the narrows, it seemed like we were really close to the Escalante based on the cliff patterns I remembered. Less than 2 hours after we left camp we were walking through the Escalante.

Death Hollow provided 90% of the water flowing in the Escalante. For some reason the Escalante was a trickle and Death Hollow had a good flow. We made our way downstream to the huge bend in the river where the cliffs overhang the entire river, and half of the beach and stayed there for a bit, seeing if we wanted to keep going, or stop there. We decided to stay.

Getting up in the middle of the night was a bit eery. I kept looking up and up and up for the sky and not seeing it, only weird shadow patterns instead. Finally I tilted my head back far enough to see the sky. That canyon wall is just massive.

The next day we explored the entrance to Sand Hollow. The quicksand was fast and deep at the first bend, so we didn’t venture across the stagnant pool of water, but it looks like it would be a good springtime trip, before the brush gets too thick, and the mosquitoes come out.

We waited 15 minutes for someone to pick us up at the trailhead and give us a ride back to the trailhead. Which wasn’t bad considering the small amount of traffic on Highway 12.