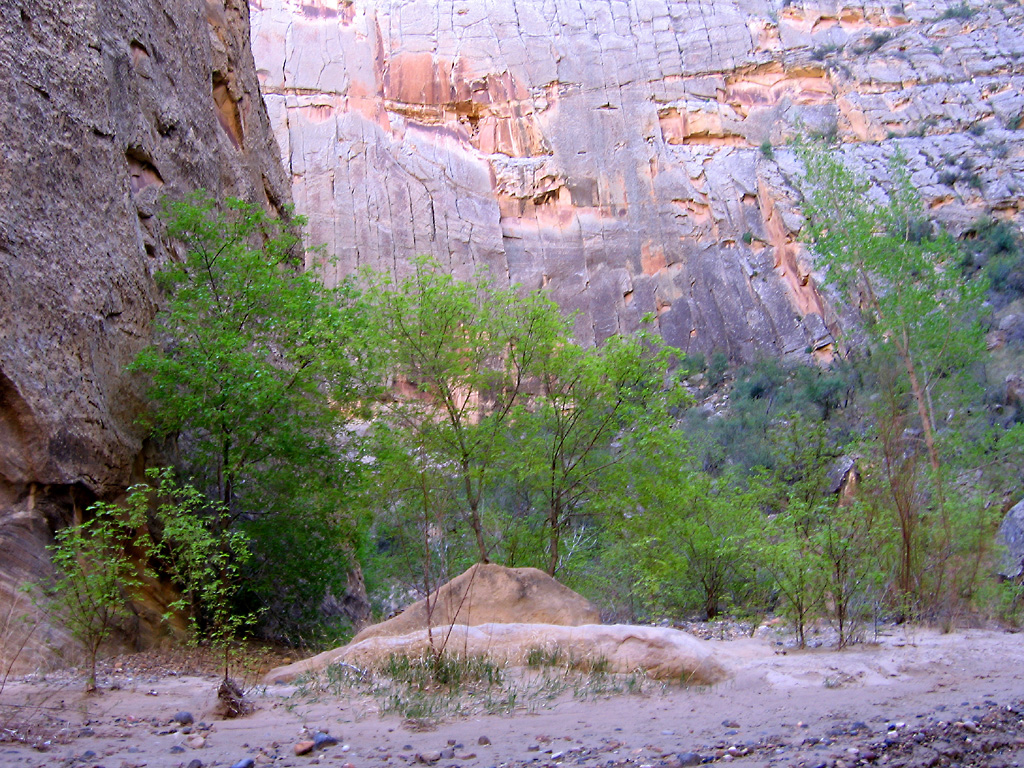 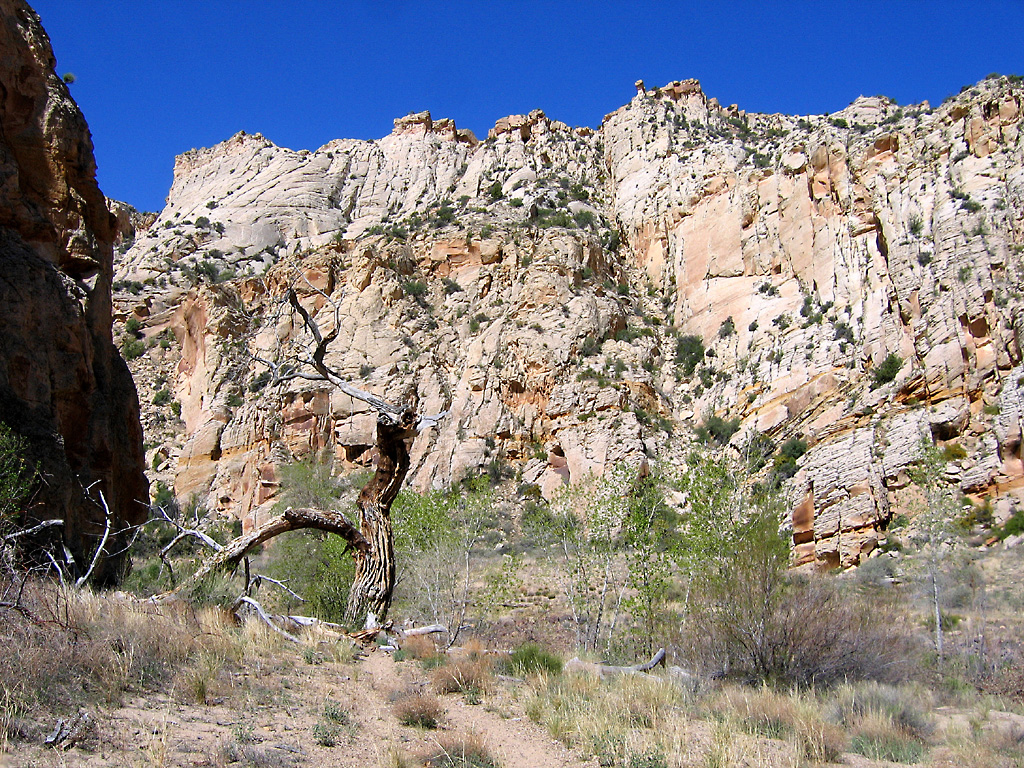 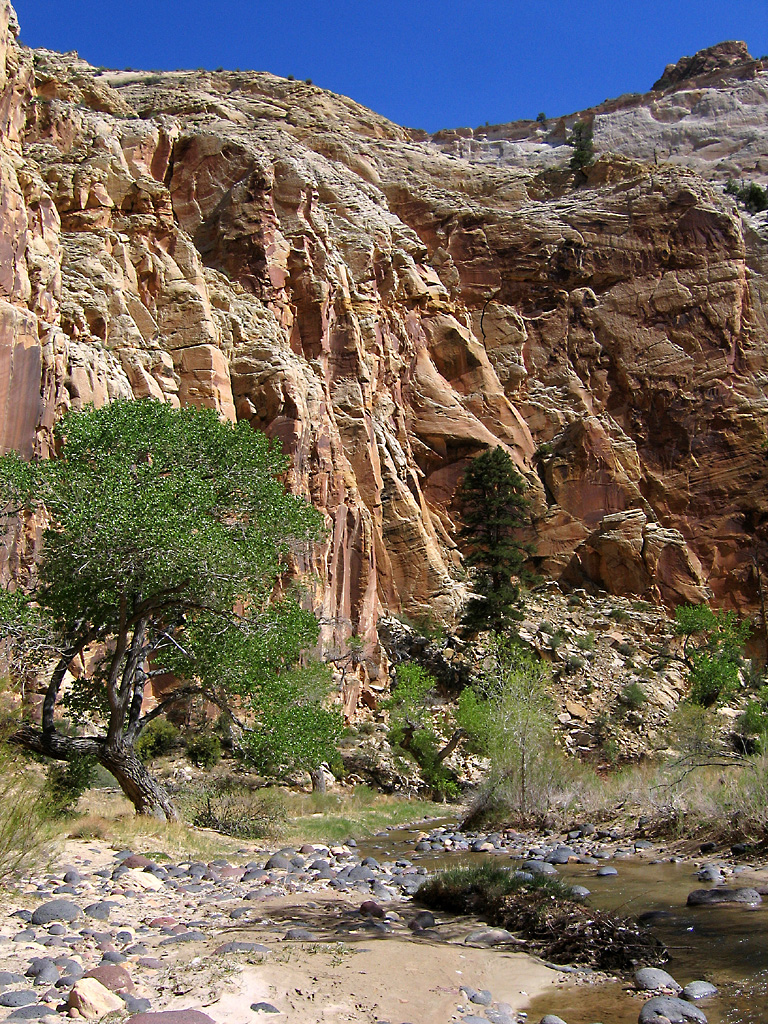 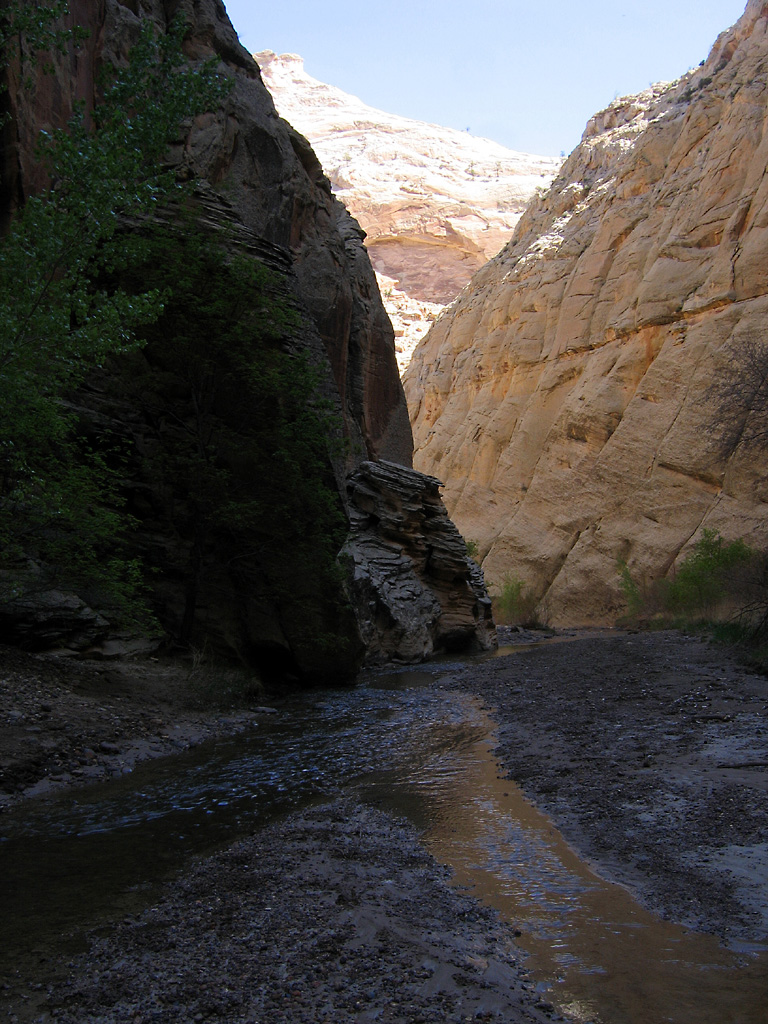 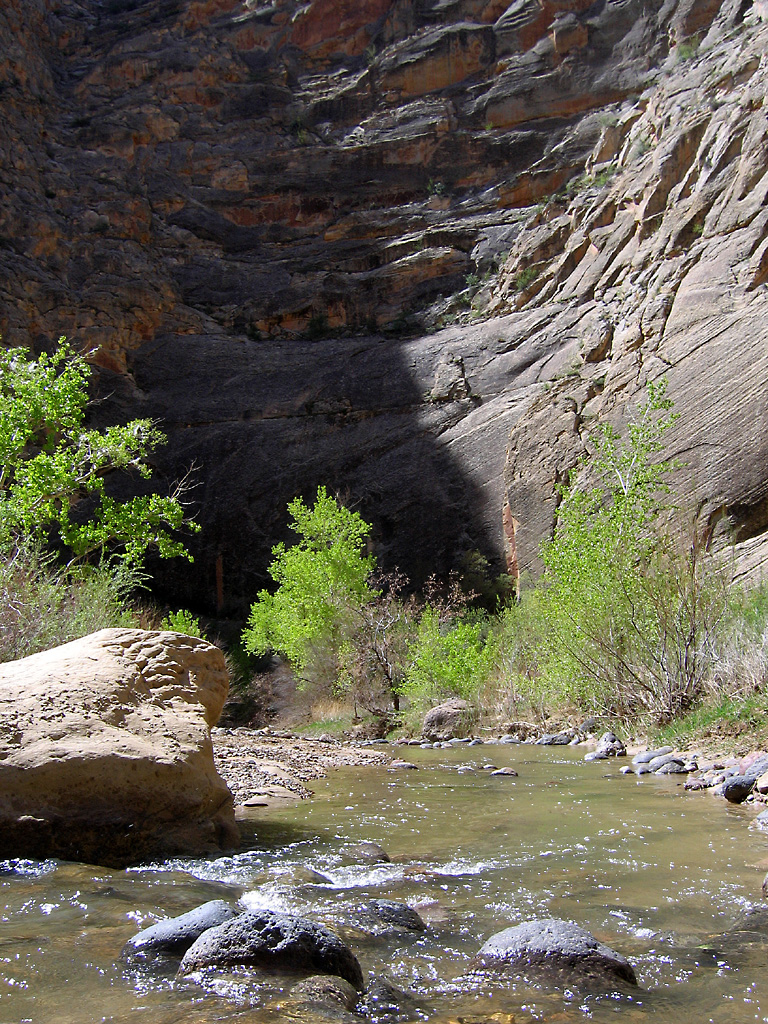 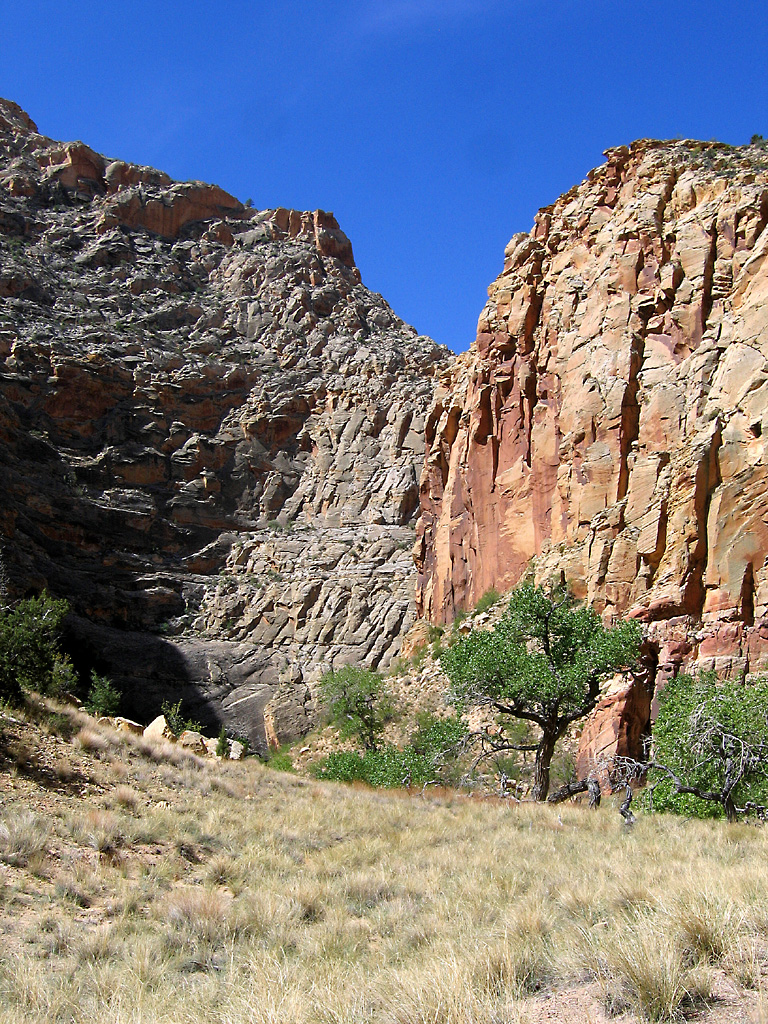 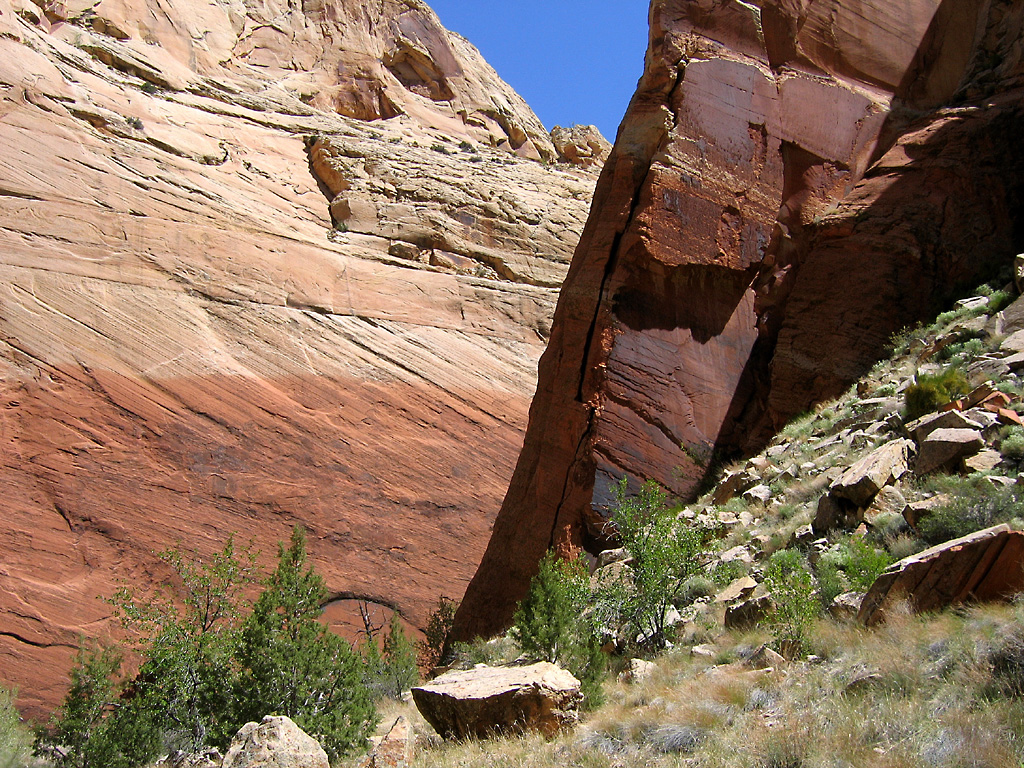 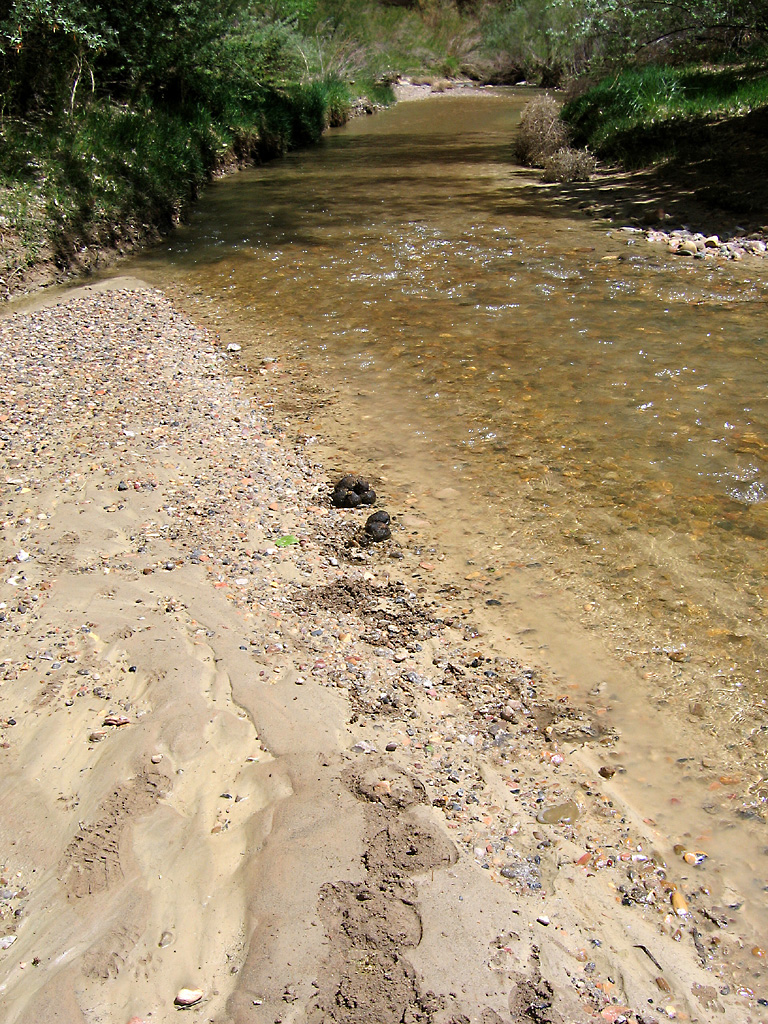 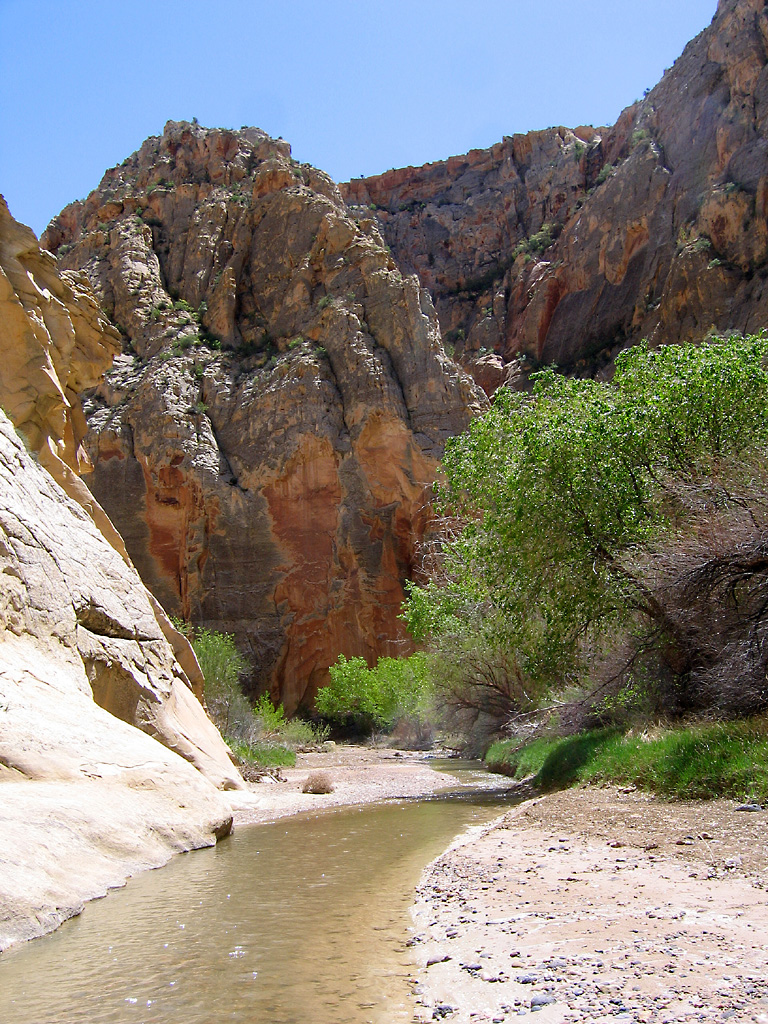 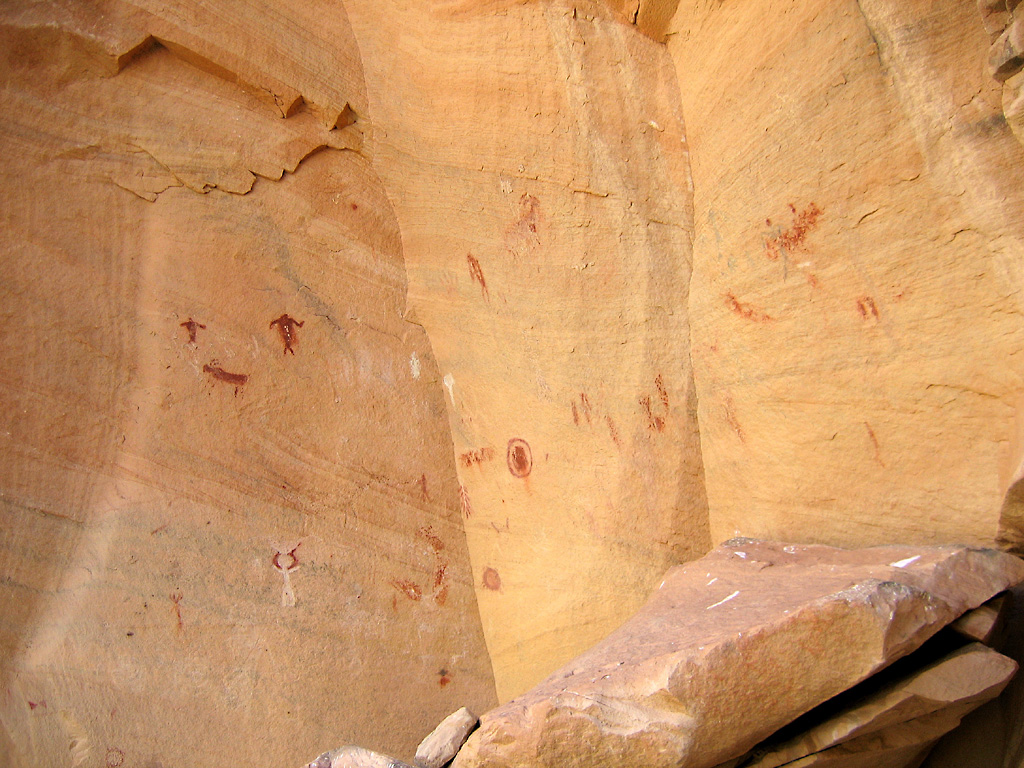 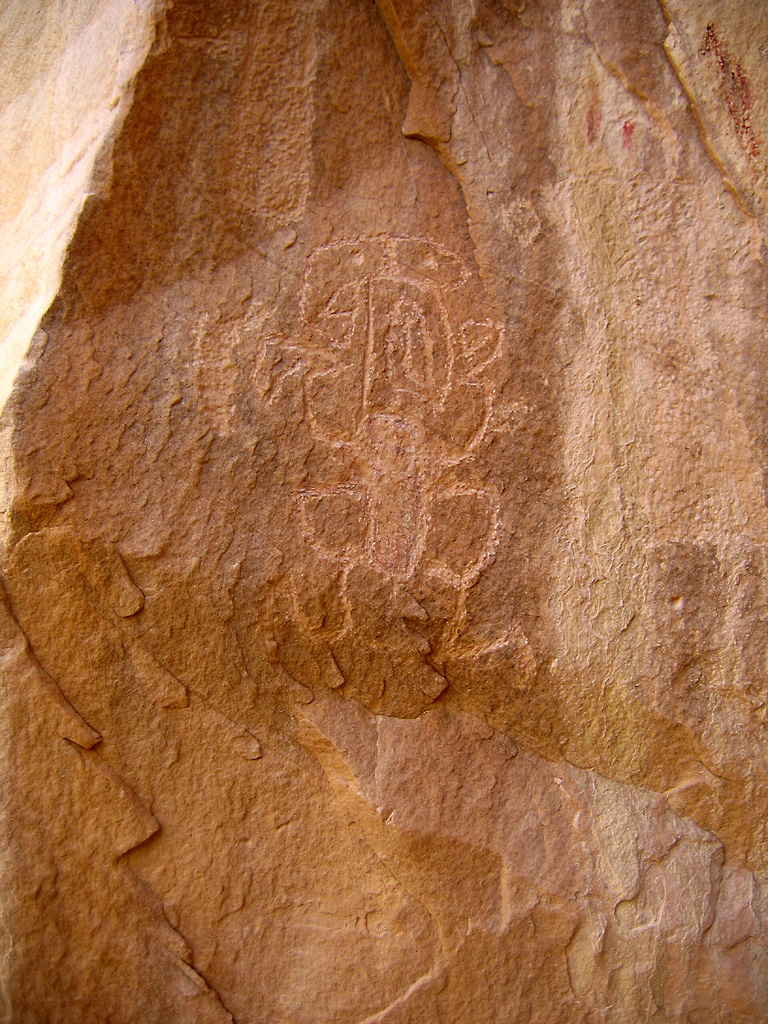 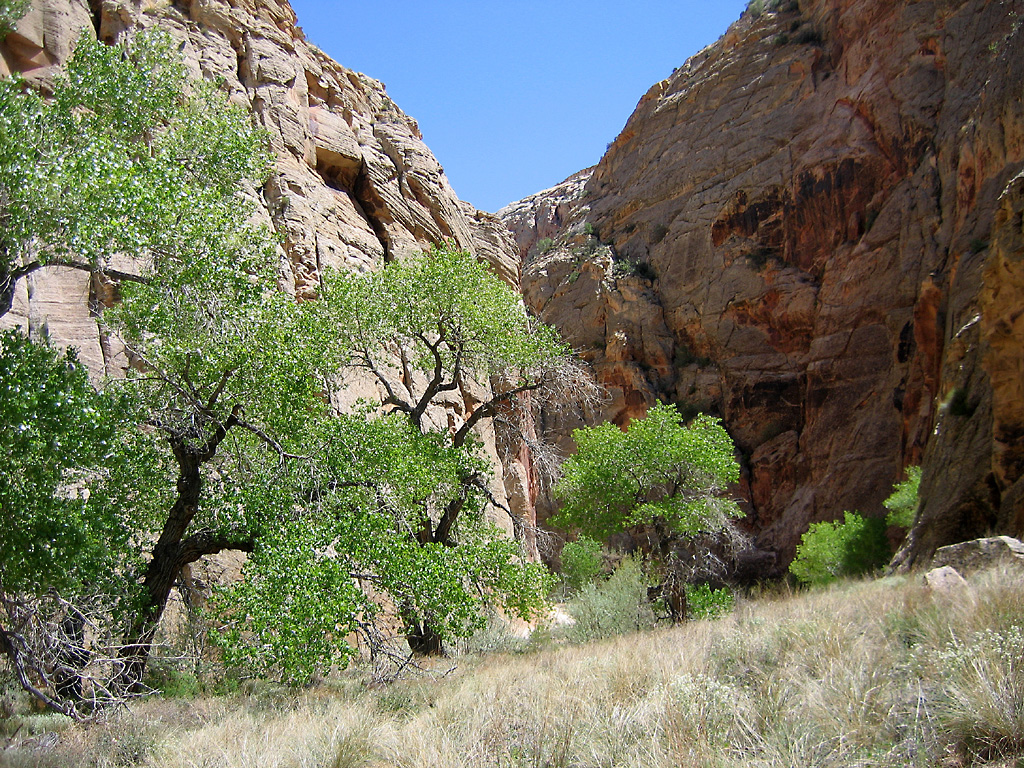 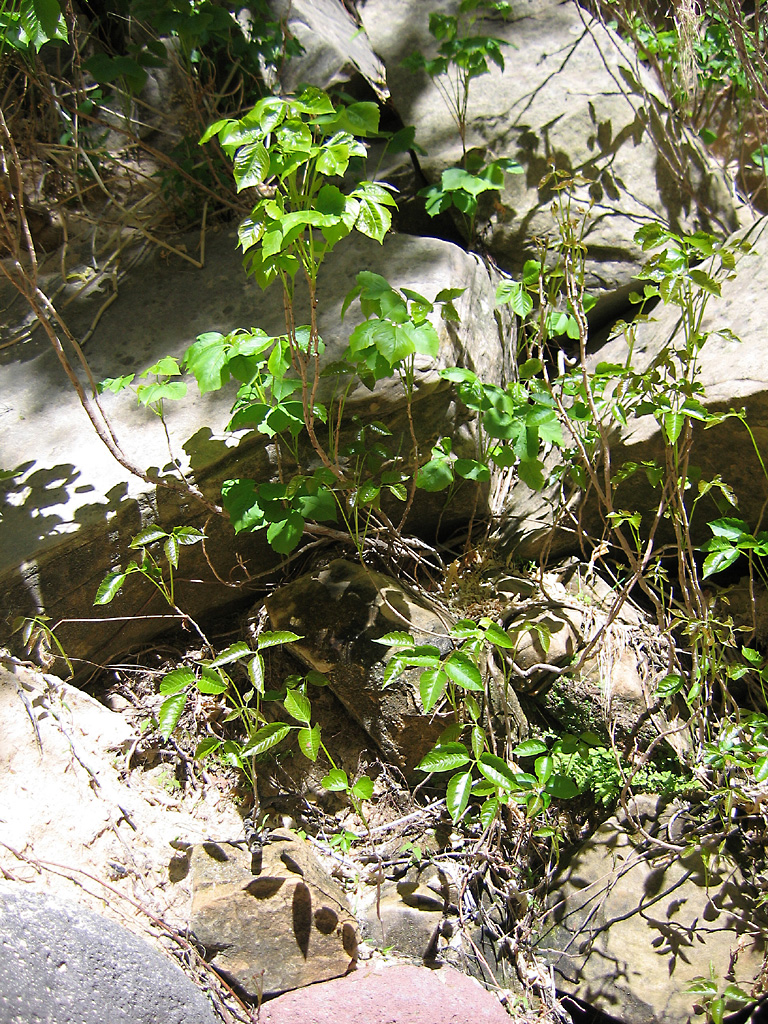 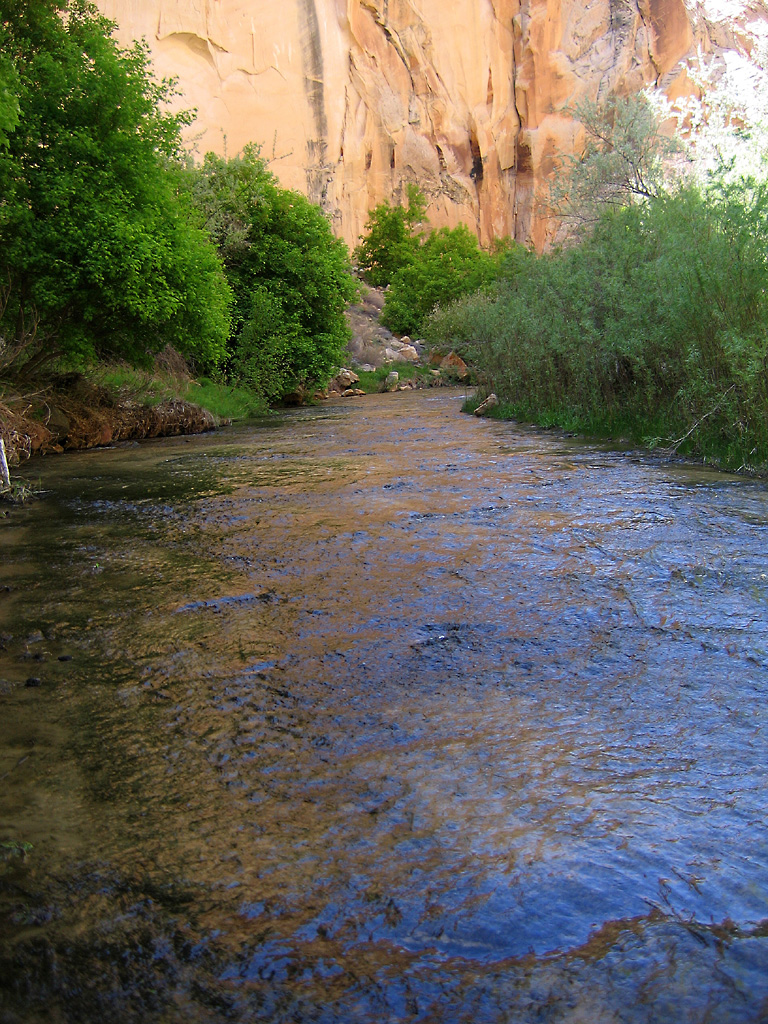 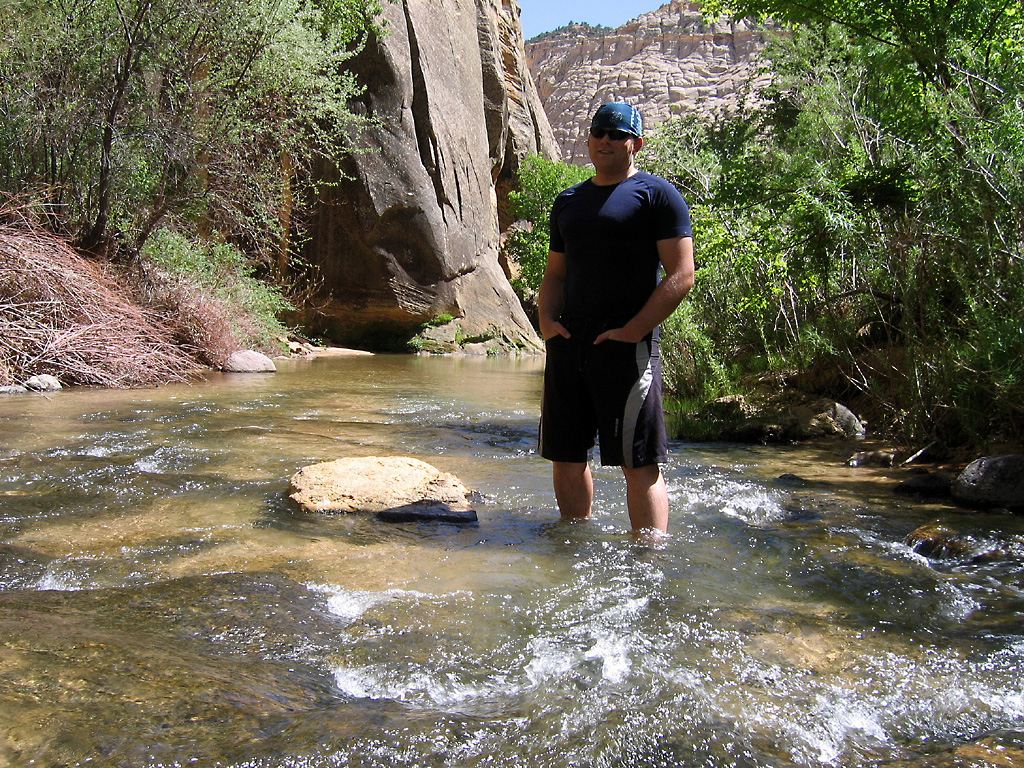 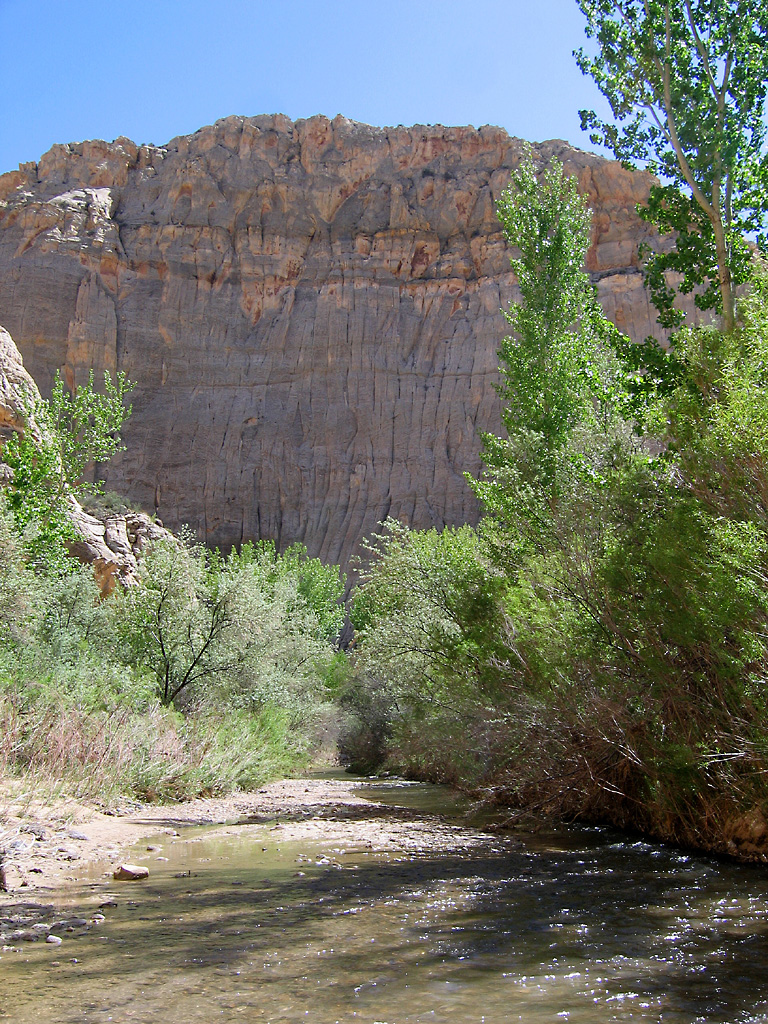 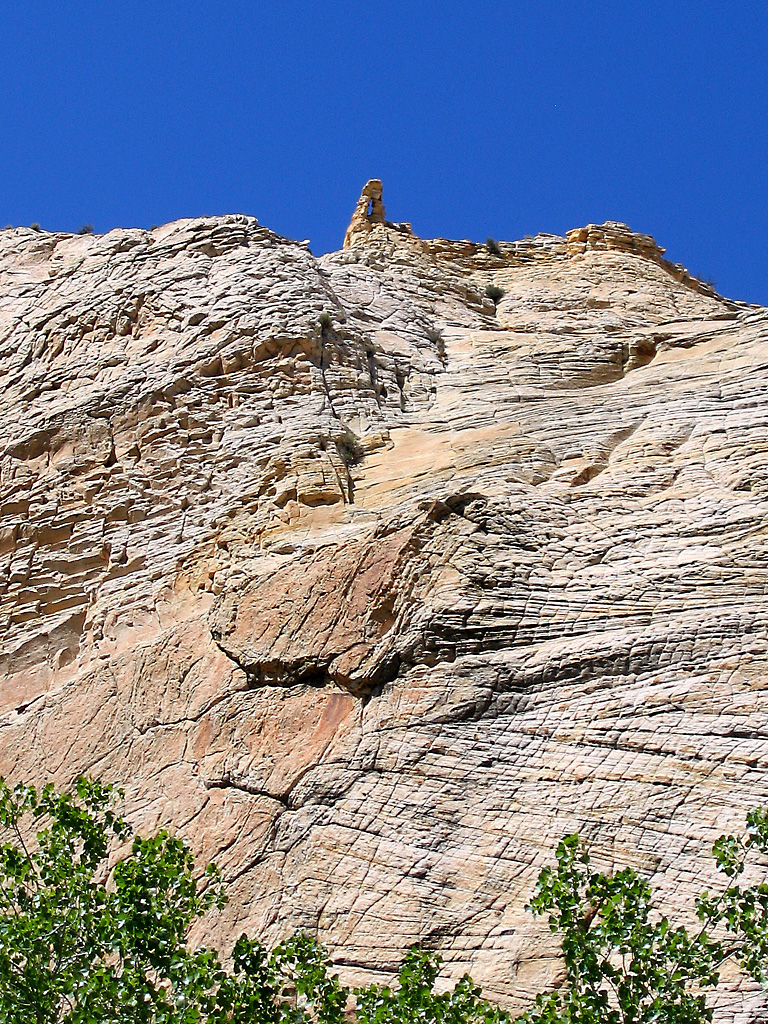 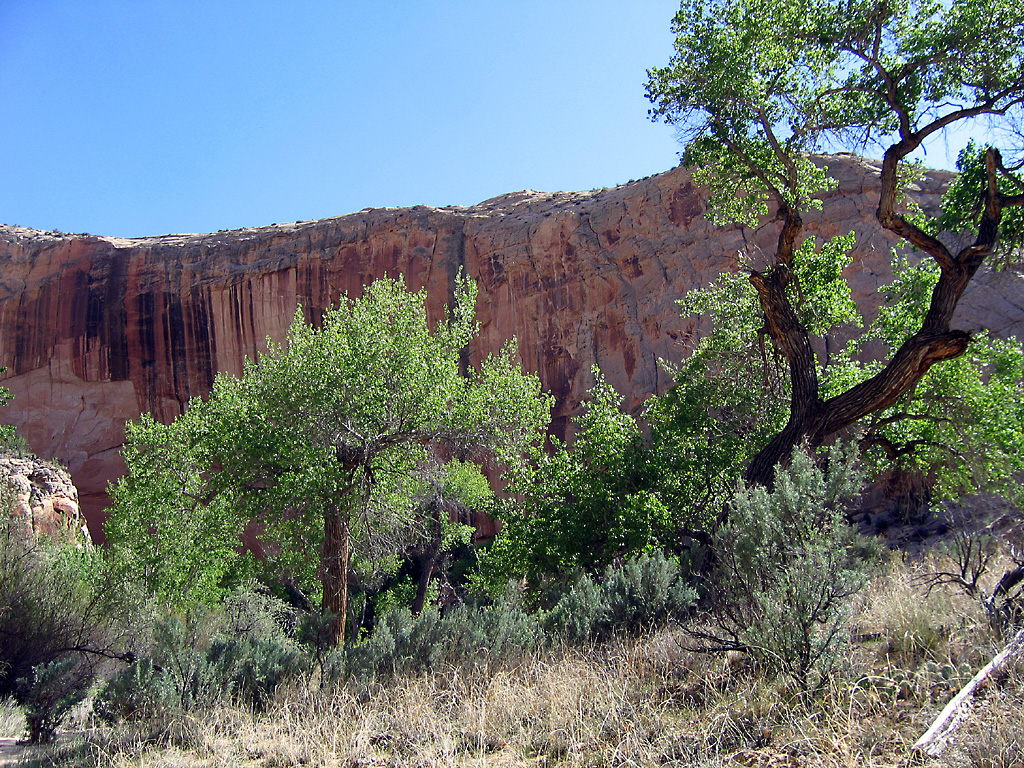 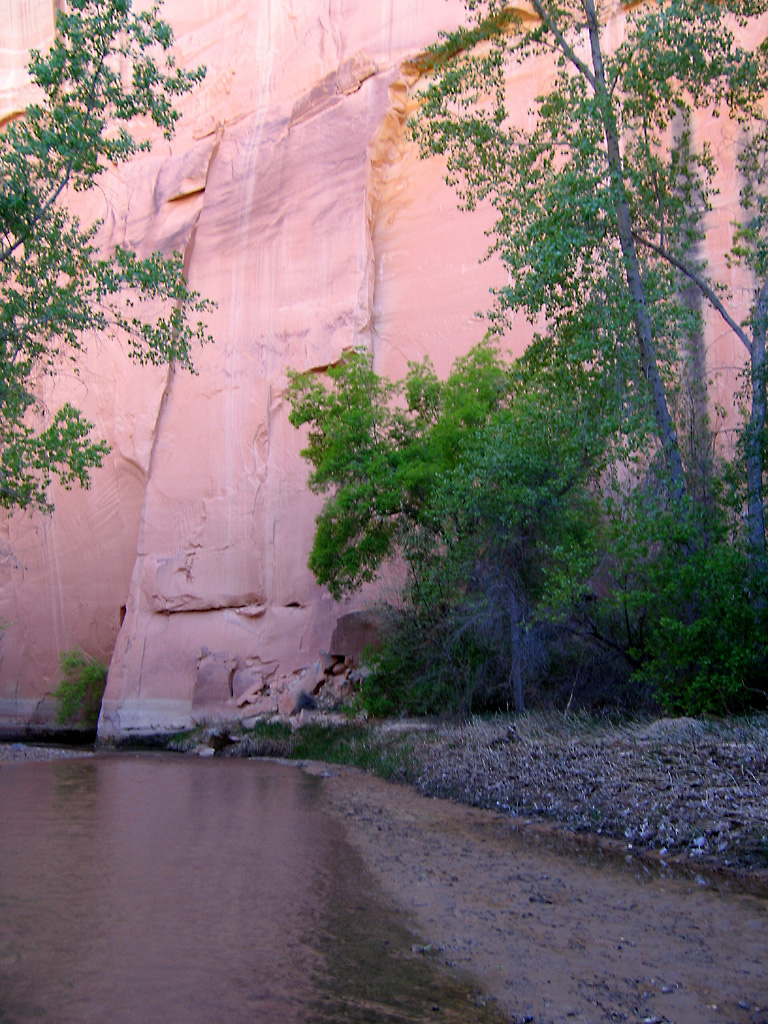 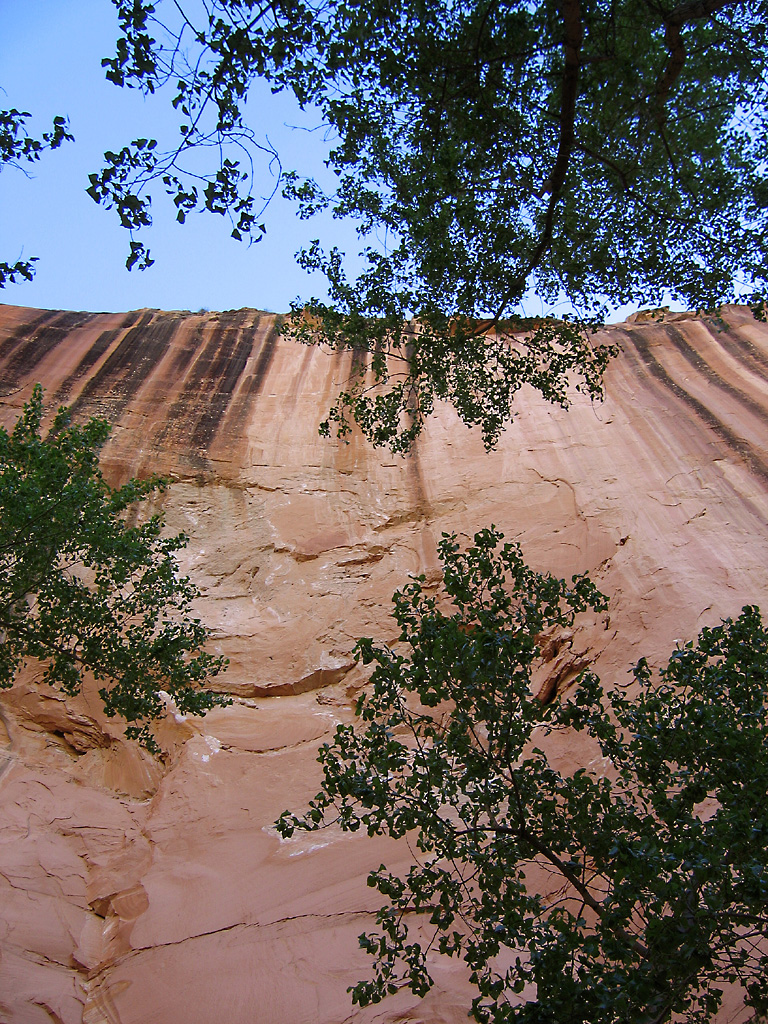 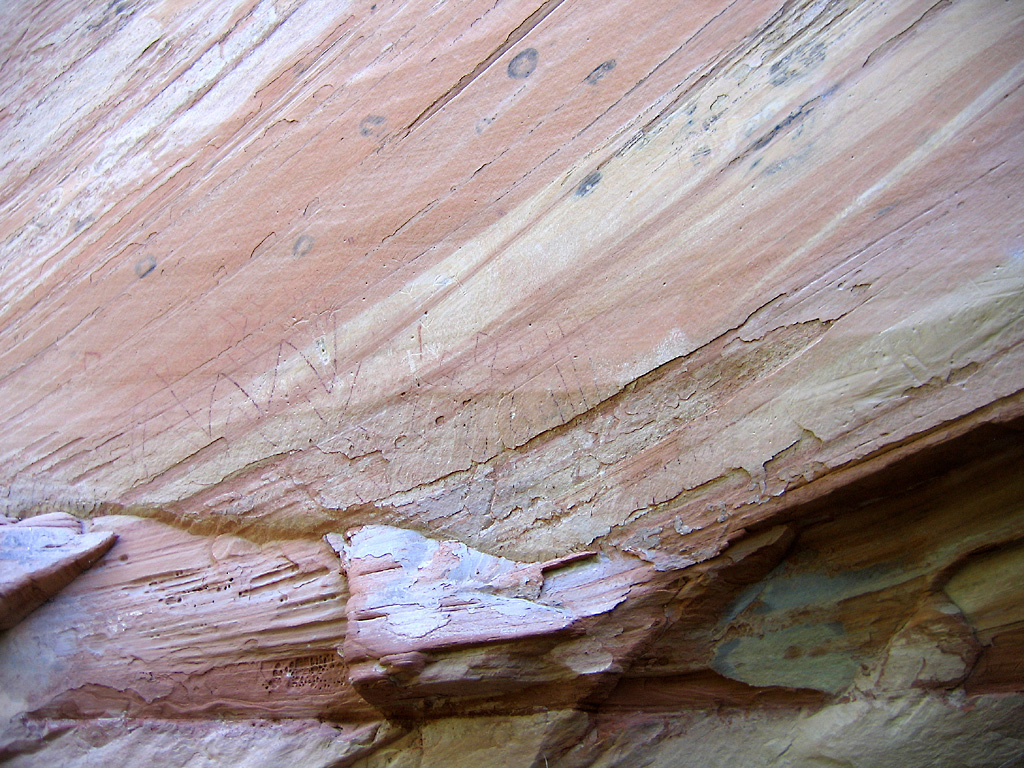 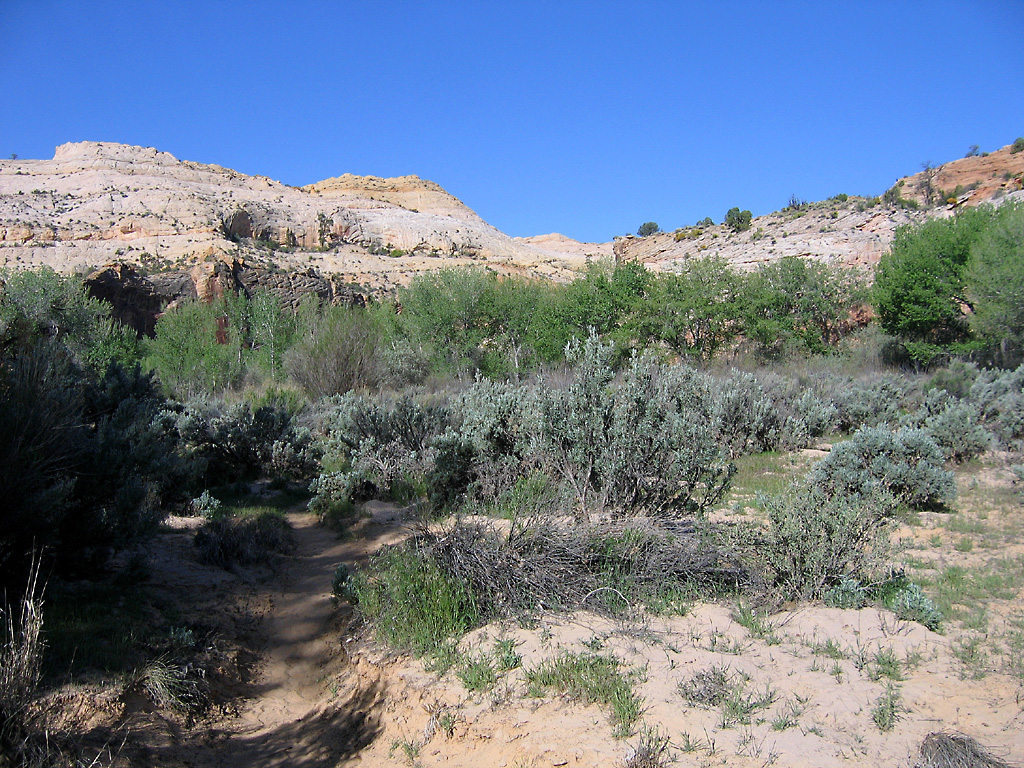 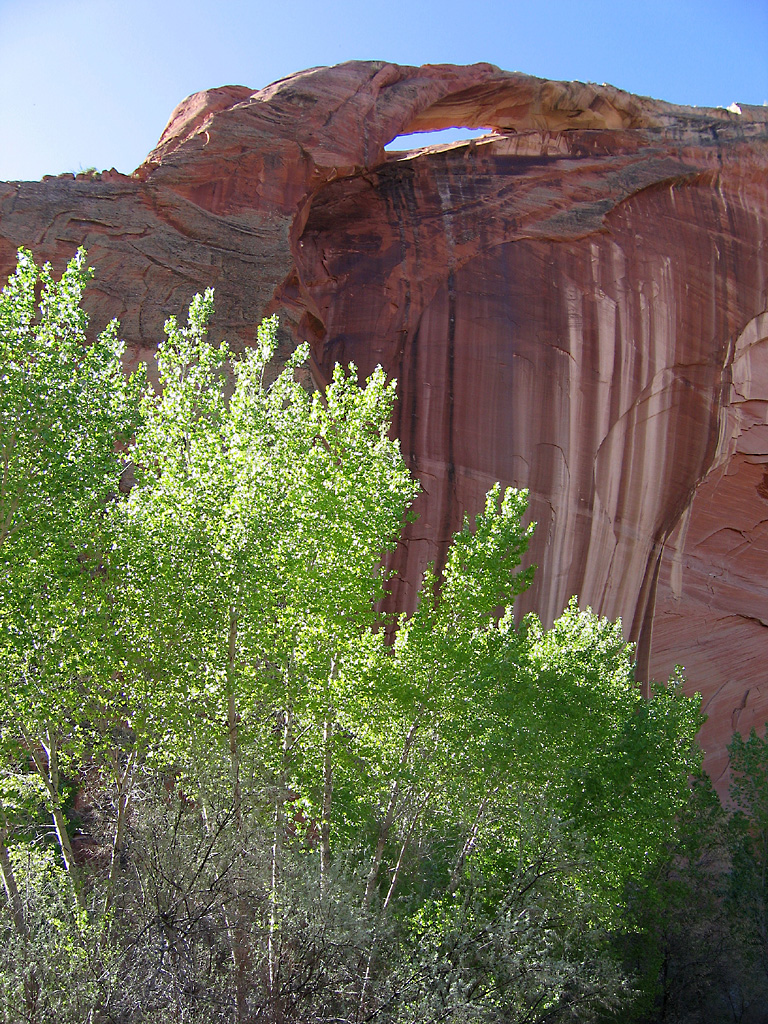 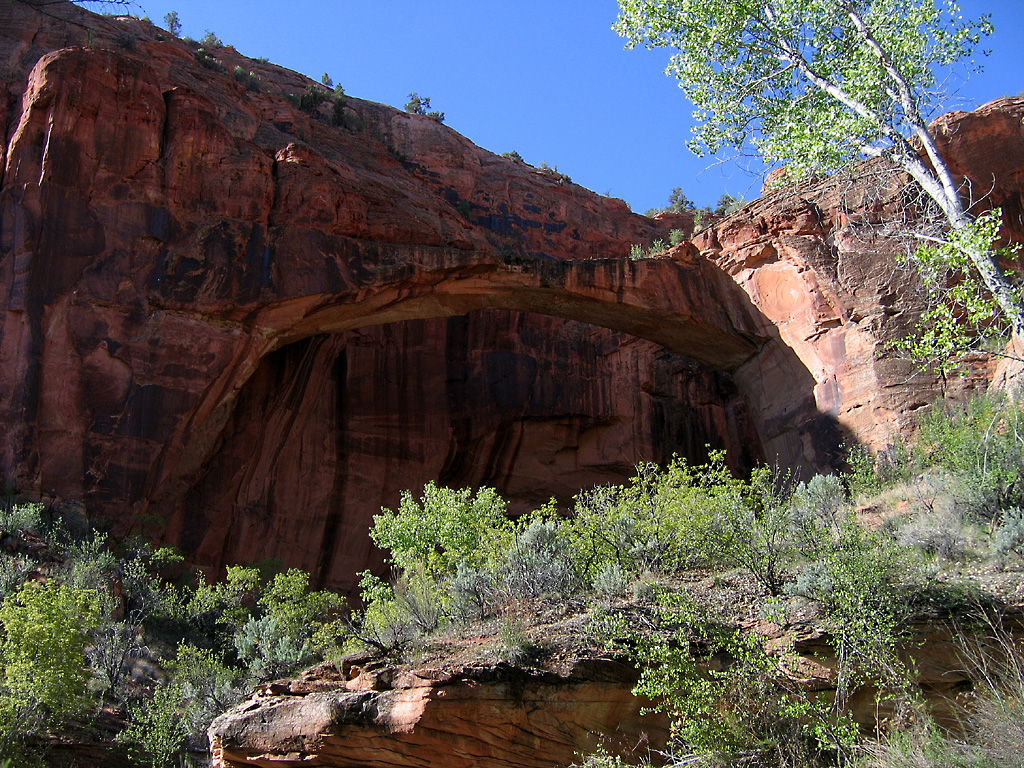 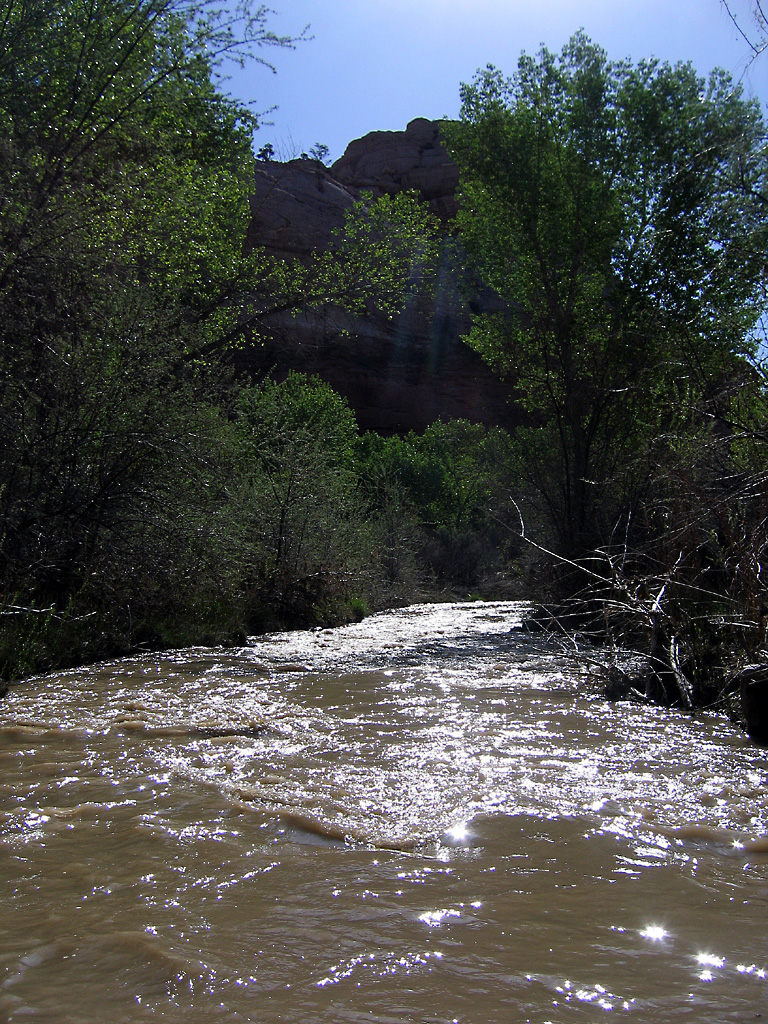 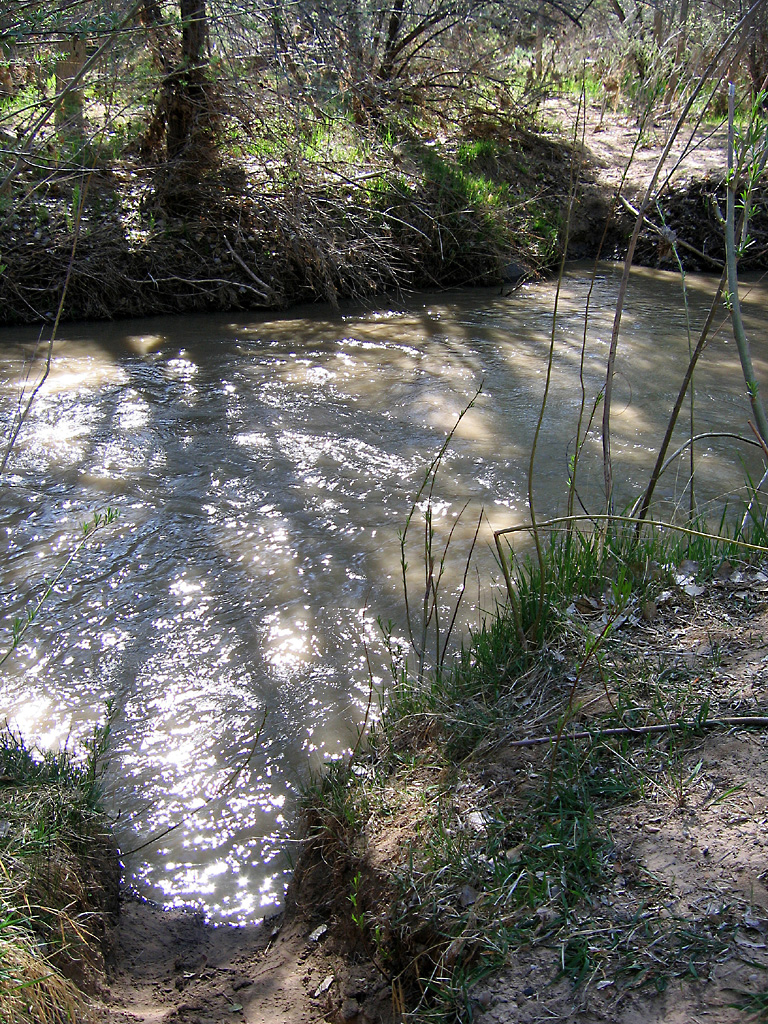 After the Boulder Mail Trail, I wanted to get back down into the area to explore it more. The plan to go out of anything was touch & go, but in the end, I was able to go.

The plan was to hitch a ride from the Hwy 12 bridge trailhead at the Escalante River and get dropped off just outside Escalante where the dirt road leads to the trailhead. It should’ve so easy, with the area deriving the majority of its income from recreationists and tourism, but the problem is a matter of traffic around 8 am. The direction I needed to go was dead. I waited 30 min, and not one car went by. So I decided to give in, go into town, and pay one of the shuttle services to hook my shuttle up. The very instant I open up my truck door, four cars go by, and I was too far away to get noticed. I decided to give it one more shot, hoping the sudden number of cars going by wouldn’t be a one time thing. 10 minutes later, nada, so I get back to my truck, and a car goes by. Realizing it was a hopeless exercise in irony to keep trying to catch a ride, I went into town.

Luckily I was able to find a shuttle service with an open 40 minutes to make it happen, and I sure paid for it – it was pretty much on par with the price of gas I paid in Torrey ($3.23/g a total rip).

40 minutes later, my truck was at the bridge, and I was 16 miles away at the head of the canyon. The water flow was what I expected, pretty low. The mountains had pretty much melted off earlier in the year. The gov site said the flow rate was 5.5 cfs at the mouth of the canyon.

I wanted to spend as much time in the water since it was pretty warm. The water was nice and cold early in the morning and by early afternoon was just warm. The canyon hiking was everything I’ve come to expect from my experiences in Paria and similar canyons. Some trudging through water, and some sandy shortcut trails across the inside of the canyons curves. I was really enjoying just walking through the water, seeing what was around the next corner, and admiring the diversity of the geologic features of the sandstone.

Before I knew it I was already at Death Hollow. I actually had to stop and check the GPS, cause things had gone by so quickly. The river by this point had changed from flowing across the canyon floor to cutting deep into a sand bank with trees growing into the river and blocking the path for hikers, making it necessary to climb up onto the banks, and follow the use trails through the brush. One group set their campsite up right in the middle of the use trail. They weren’t around, I’m betting they were exploring Death Hollow.

I originally planned to camp in Death Hollow, but after walking upstream for 15 minutes, all the good sites were taken, and the others had poison ivy blocking the way. Looking at the time, it was only 2:30, and I couldn’t sit around for 6 hours waiting for night to come, and I didn’t want to risk encountering anymore poison ivy.

I chose to continue down to one of the largest bends in the river downstream from there and camp there, but when I got there decided to keep going. I wound up camping about 1/2 mile upstream from Sand Creek on a 20 ft wide section of sand bench about 5 ft above the river with a nice cliff overhead. I needed rocks to set my tent up since I don’t carry stakes to save on weight, and finding rocks in good campsites was a huge problem on this trip! During the night I woke up a couple times to reinflate my Big Agnes pad cause it’s developed a problem with a leak I can’t find even with it submerged underwater. Anyway, I woke up a couple times during the night when I heard the river grow louder and then change its melody from before. Then it did it again a little later. I remember thinking in my sleep induced haze that the rivers volume was increasing, by a lot.

The next morning the river was swollen and brown. It wasn’t a dream. The river at the entrance to the canyon had gone from 5.5 cfs to 29 cfs overnight, and with the flow from Death Hollow (the flows from the Escalante were nearly identical as the ones from Death Hollow when I passed it), it was much higher where I was at. I’m glad I chose to camp that much further down because the trail that cut through the brush was getting pretty thick in portions, and there were a lot of river crossings I would’ve had to take. The water was freezing, and the going was slow since it’s slow going in a fast moving river when you can’t see the bottom, and it drastically varies from one step to the next. It took about 10 minutes of wandering in the water before I found the only place I could climb out on the opposite bank to find the trail again. The feeling of scratchy brush on my frozen legs was awful. Spider webs were all over the place. After a few minutes, I just gave up trying to wipe them off my face, and my arms, and just let them build up. Gross.

A couple river crossings later and the canyon was wide open. I had passed Sand Creek and not realized it. I met a couple that had to be in their late 60’s/early 70’s and they were backpacking. It was awesome to see them out there doing that kind of thing. They had planned to go up to Death Hollow and explore it a bit, but the higher water changed their plans. It wasn’t much further and I was walking through red sand and sagebrush, past the two arches to the South, and through the river a few more times. Then all of a sudden I was back at my truck. It had only been 24 hours since I started the day before.

It was a welcome quick trip through the desert before it turns into a roasting inferno for the summer.