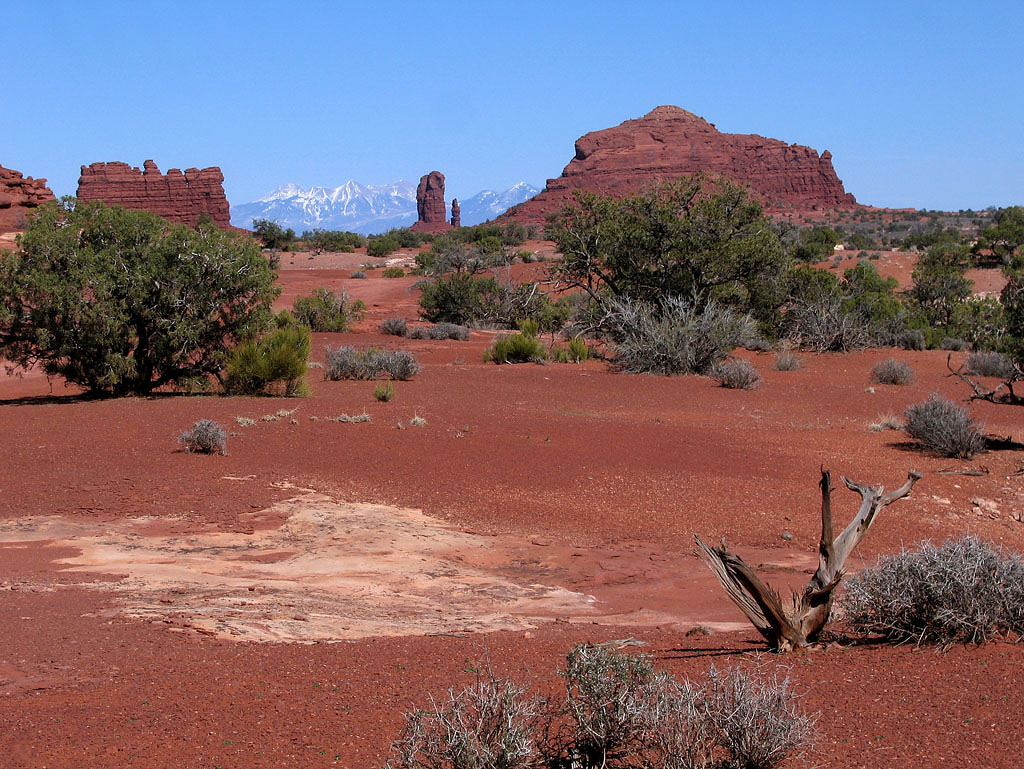 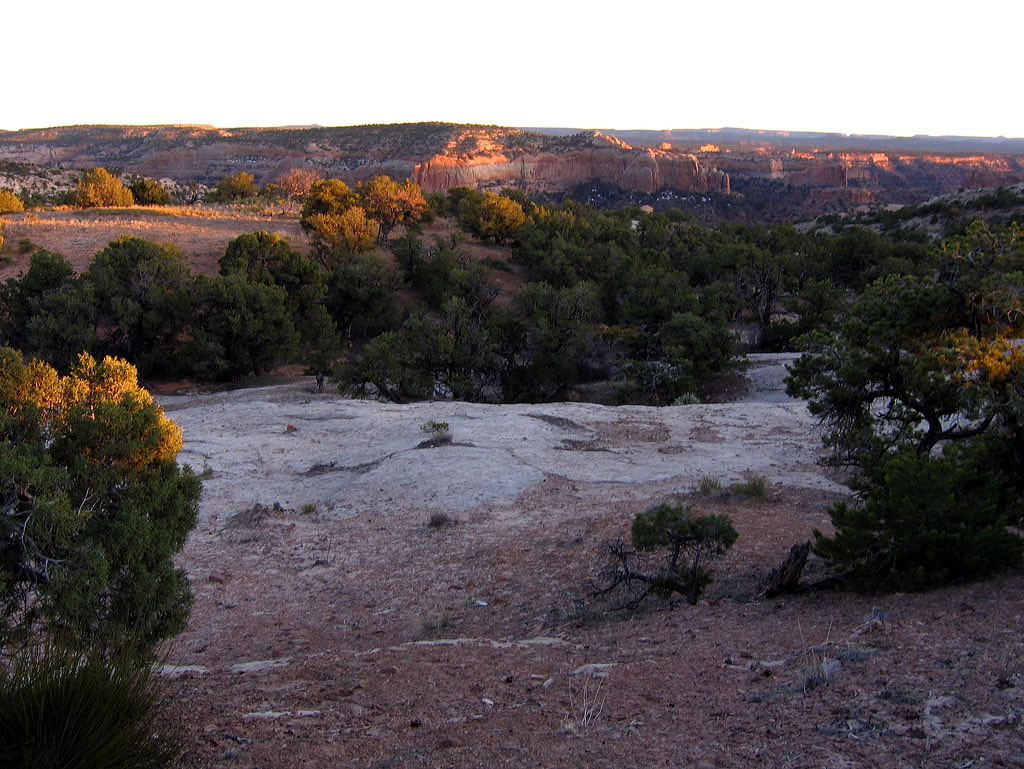 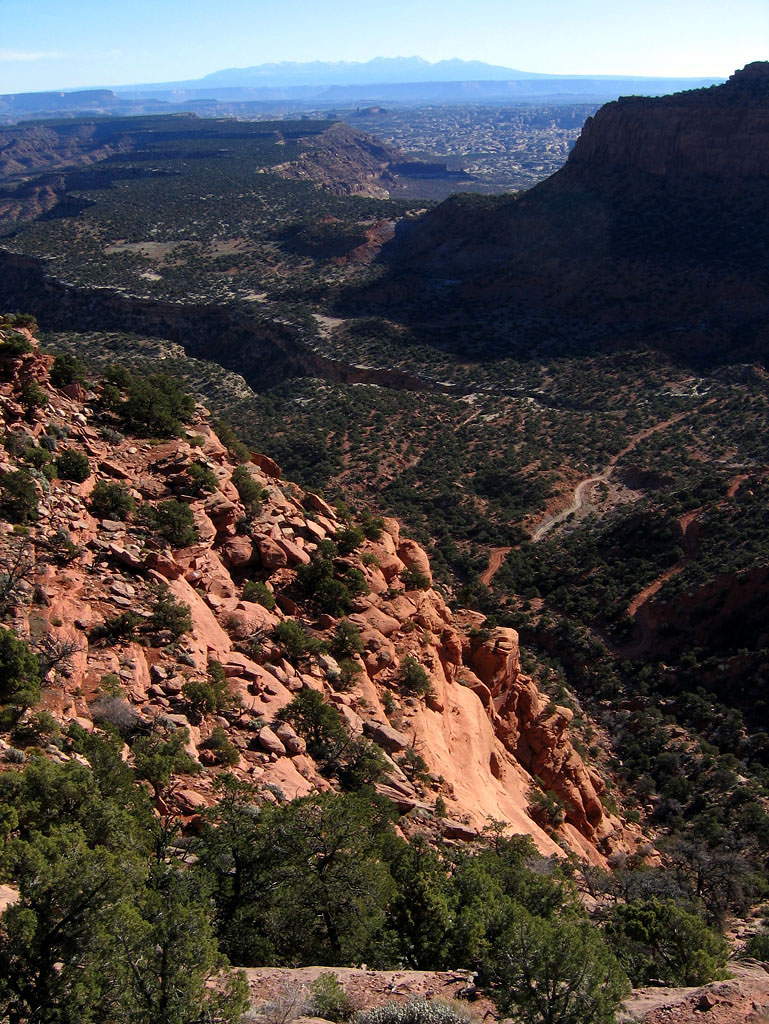 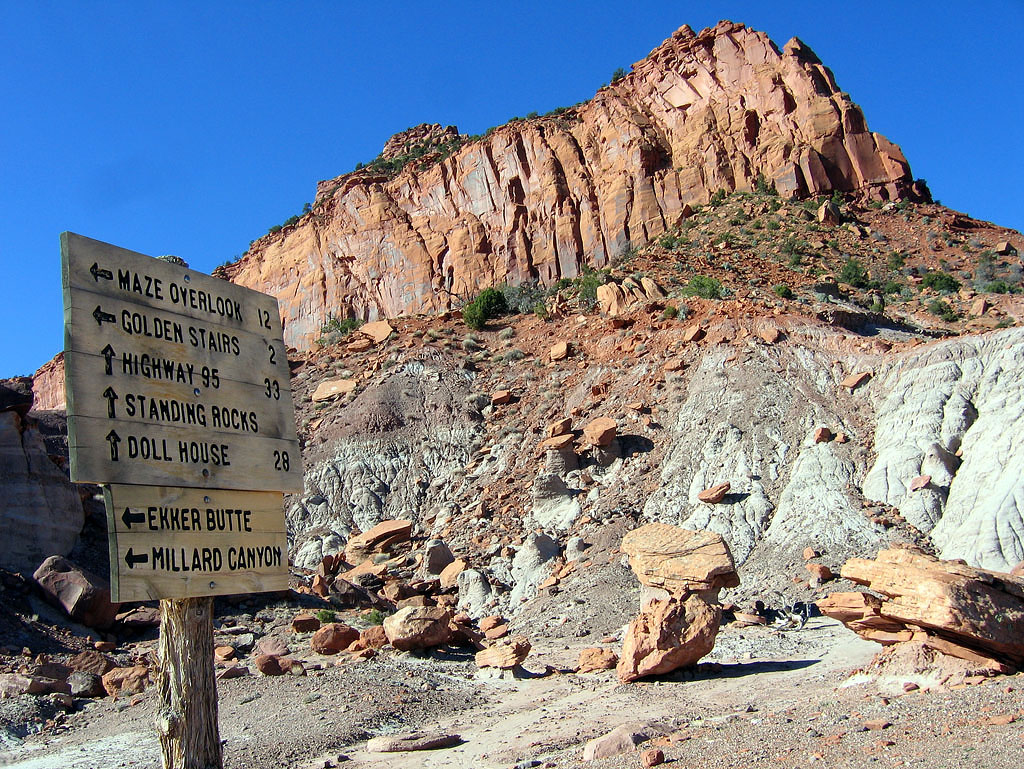 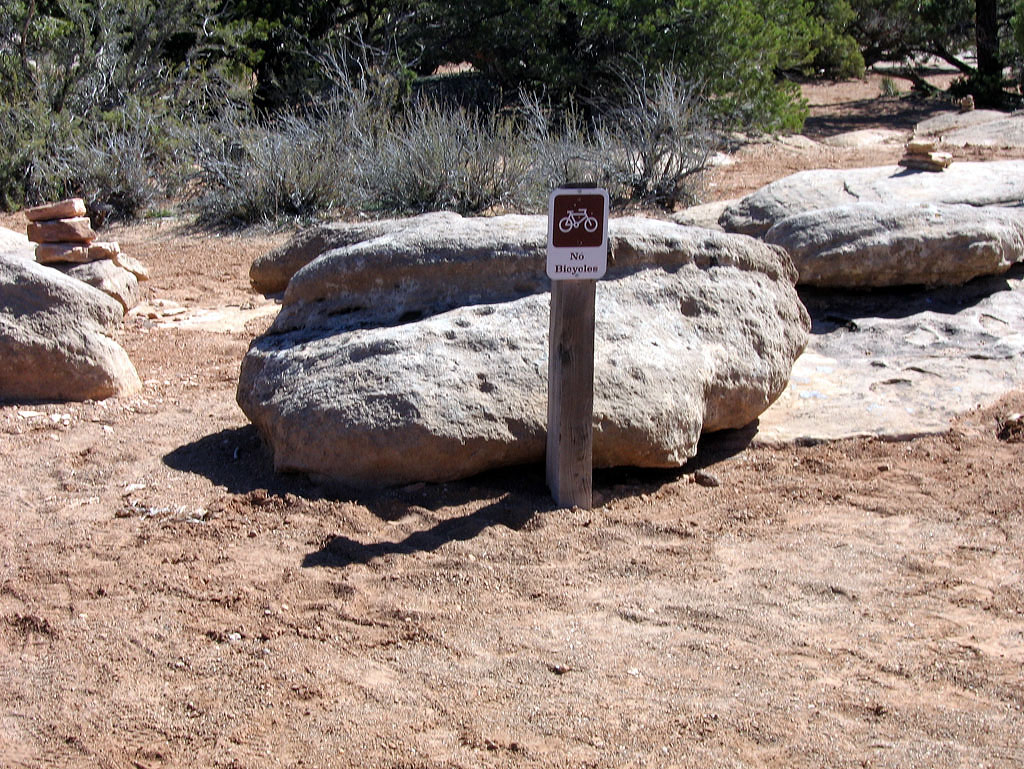 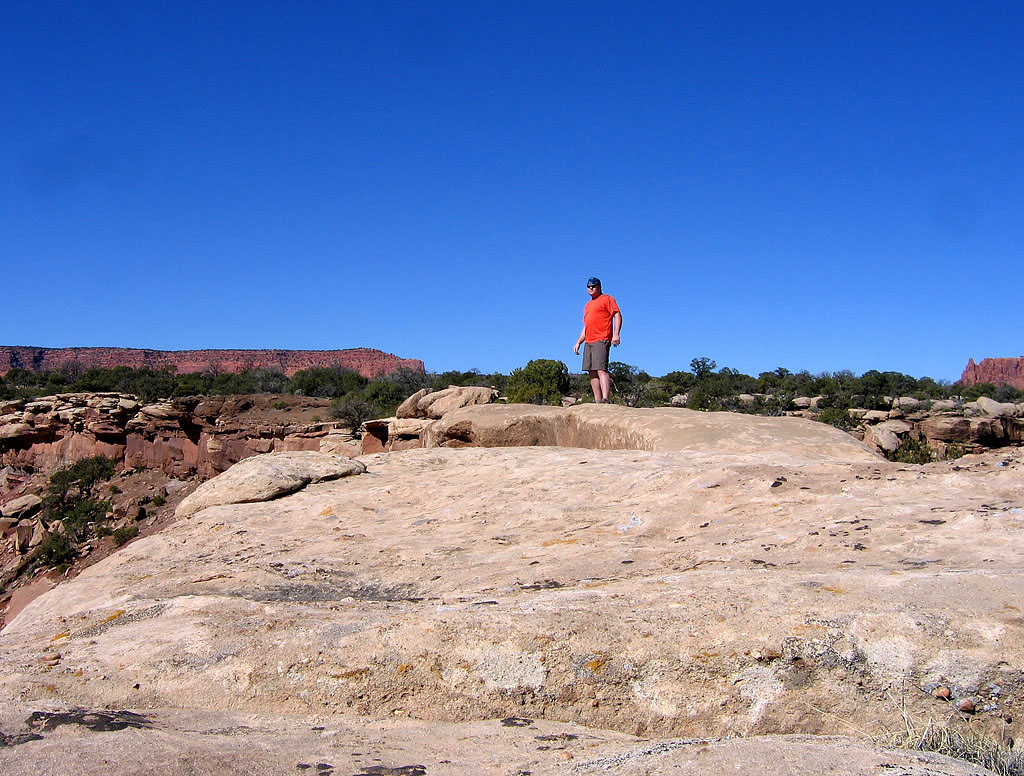 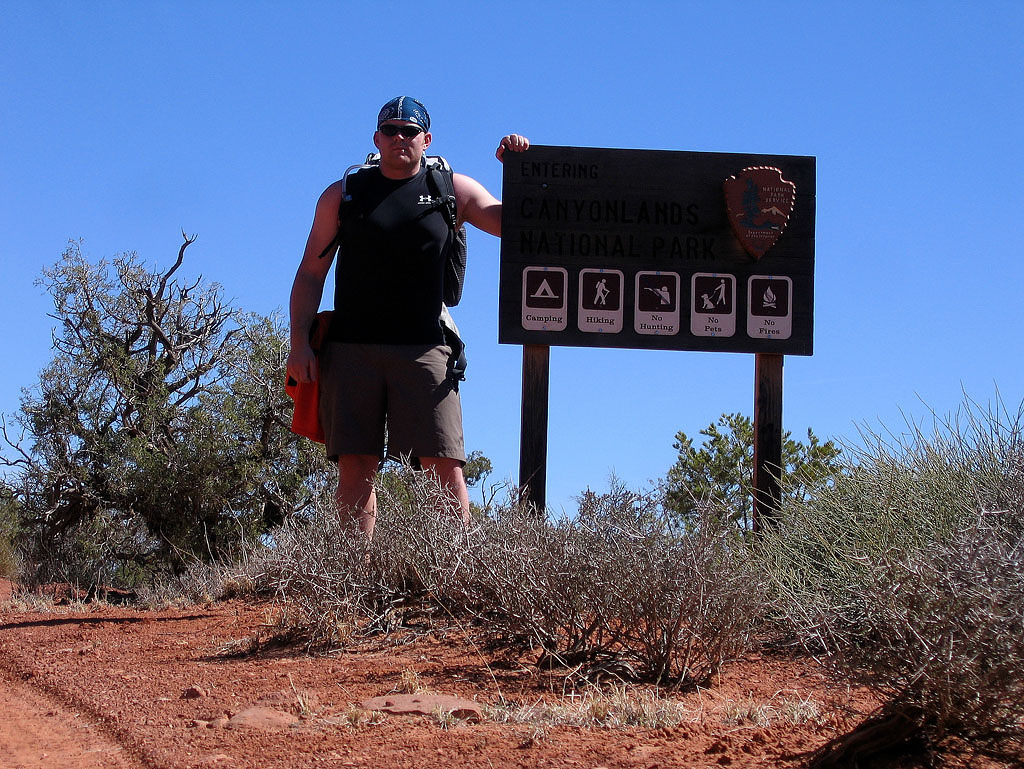 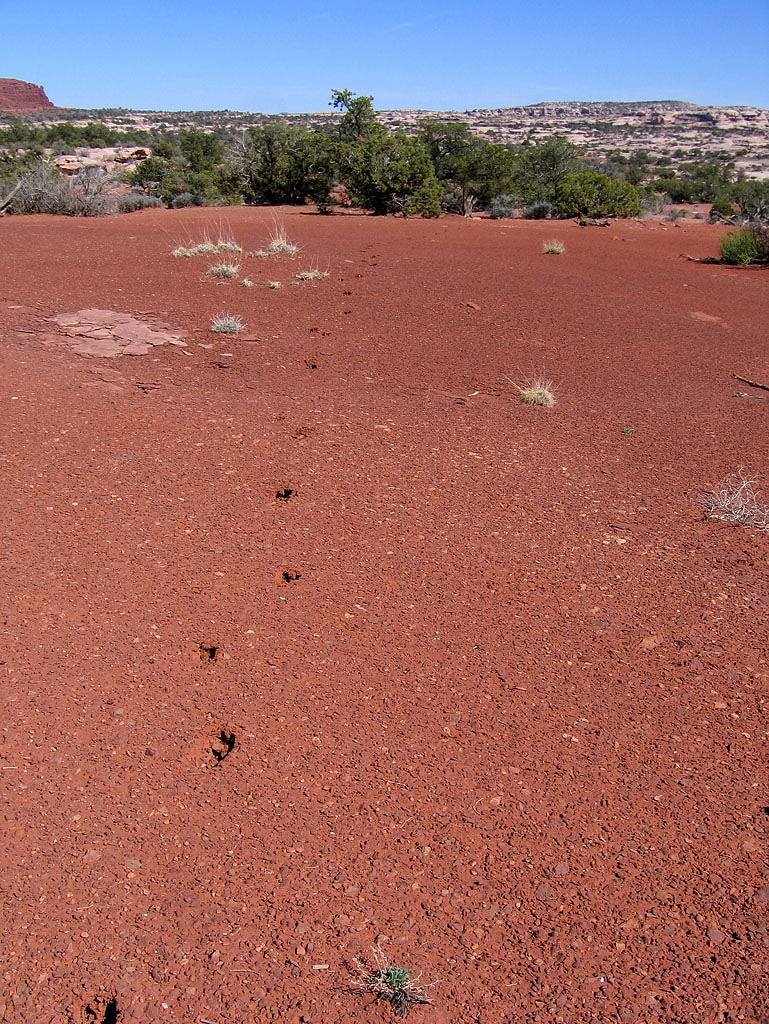 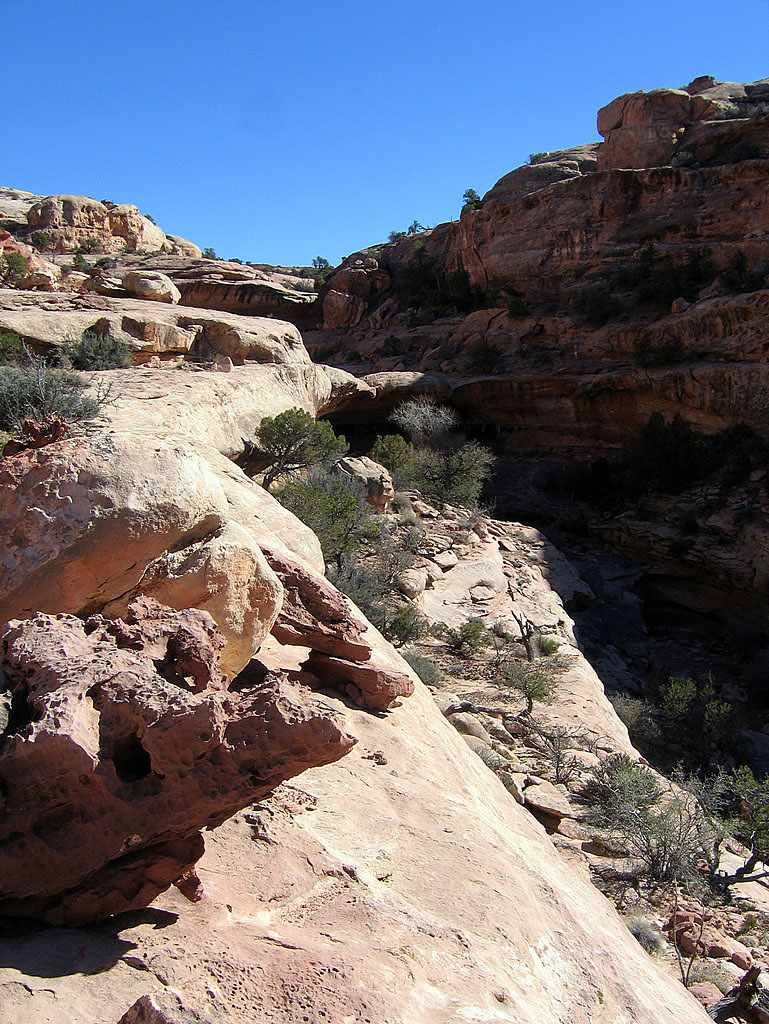 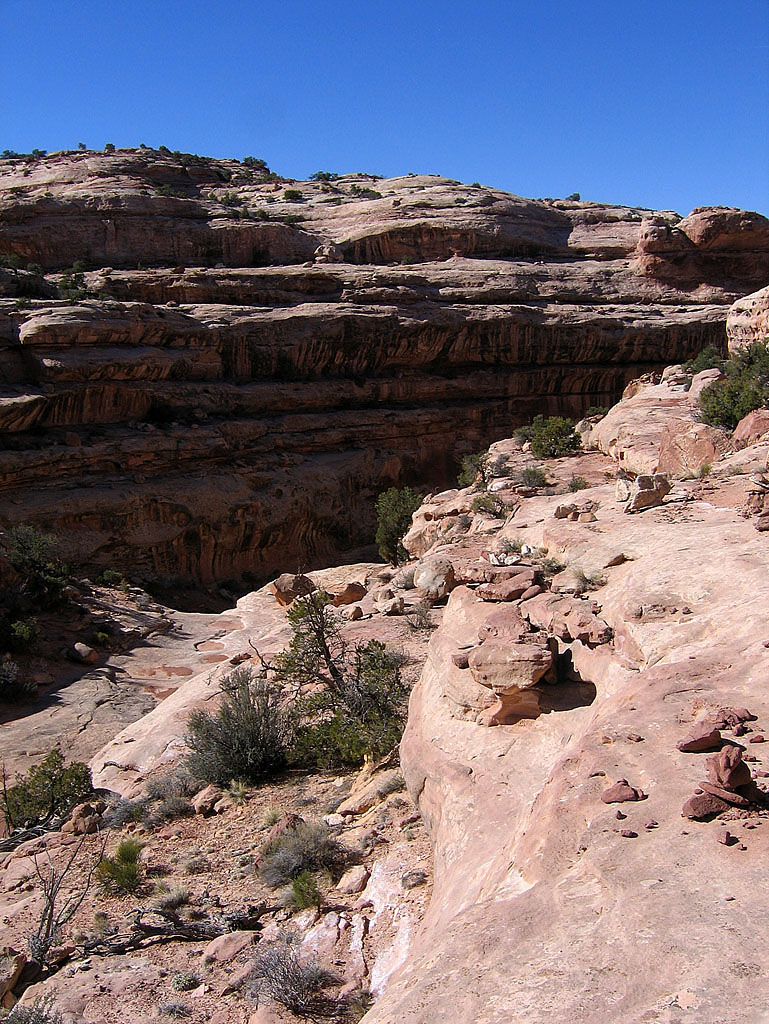 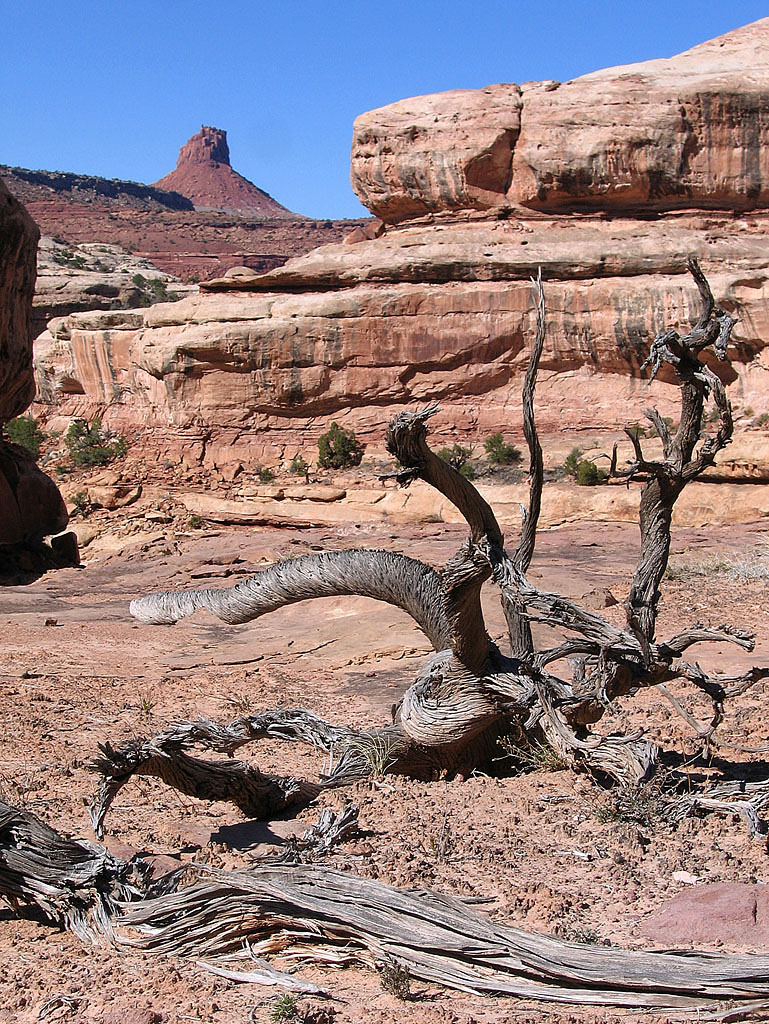 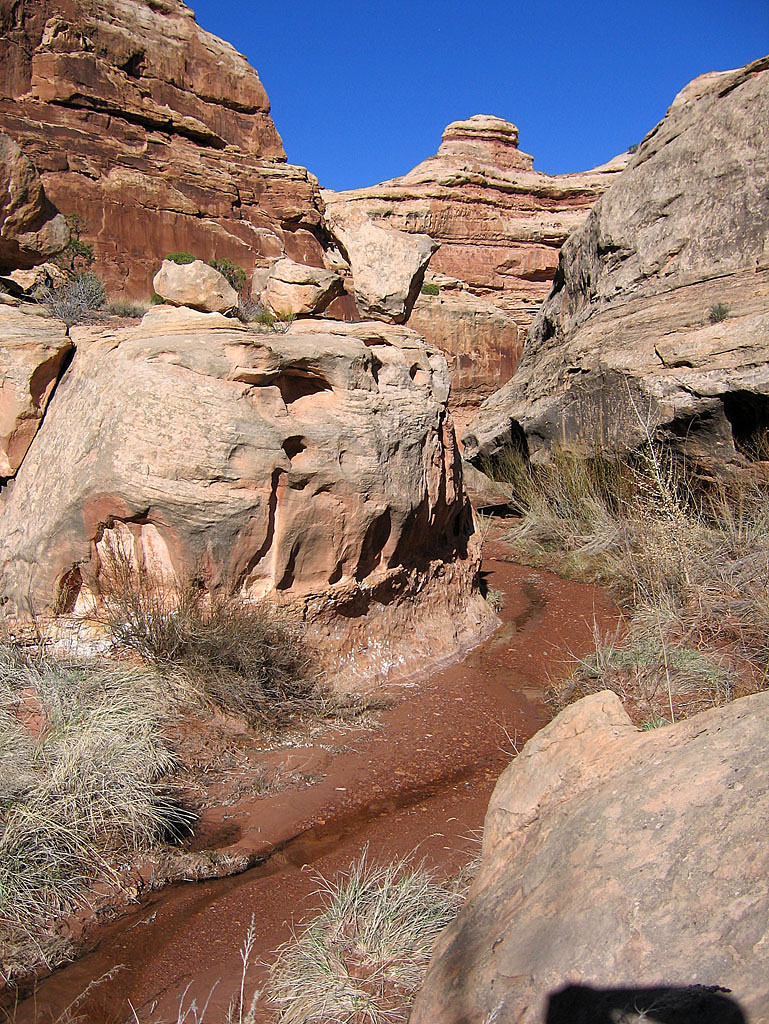 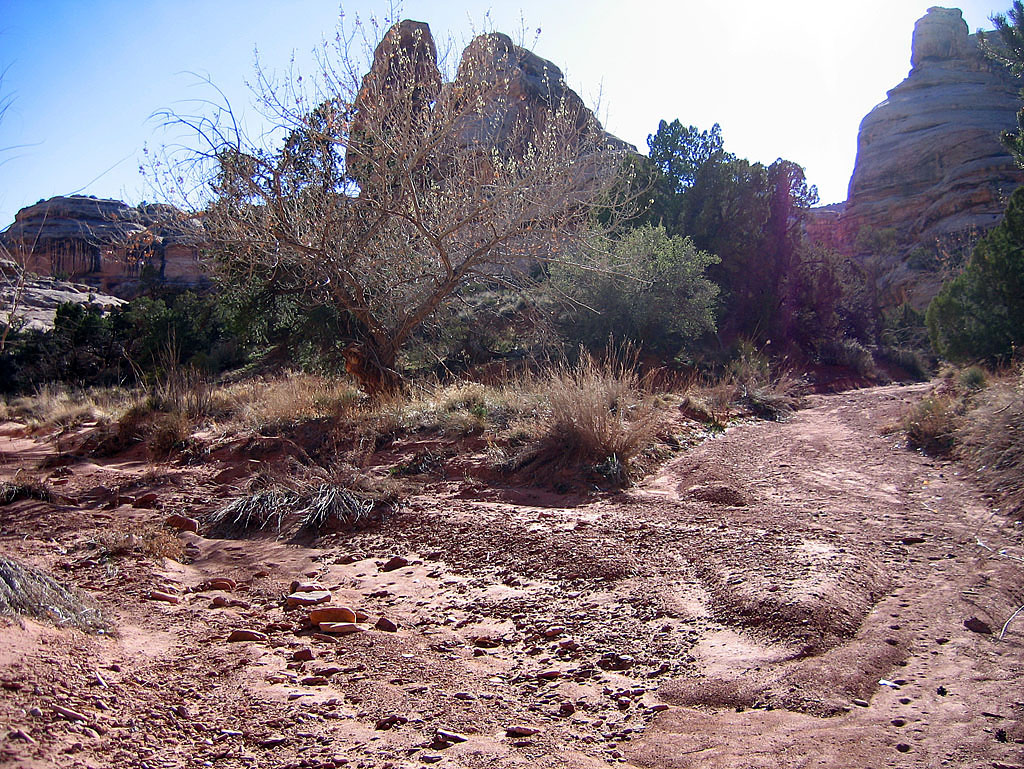 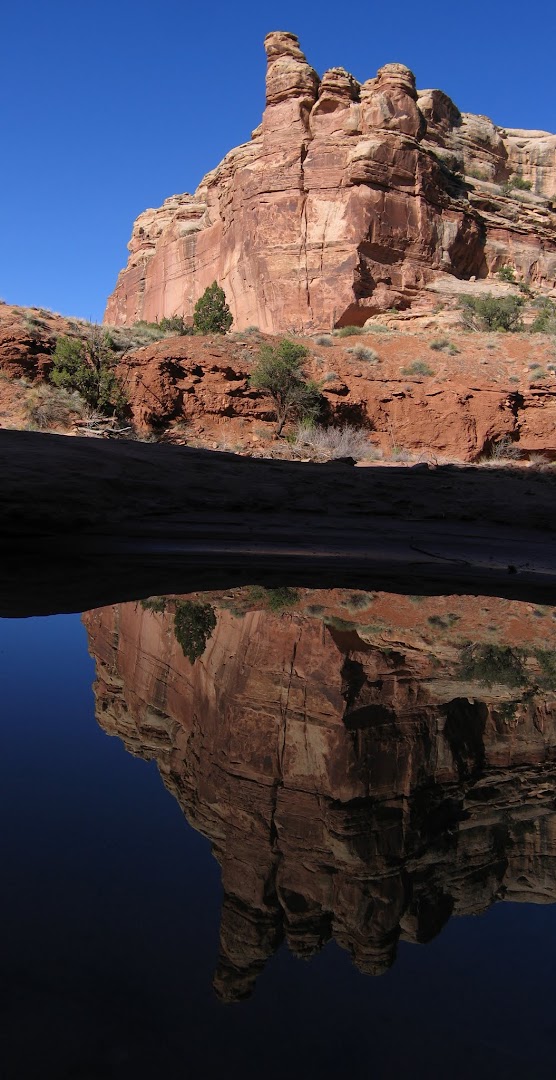 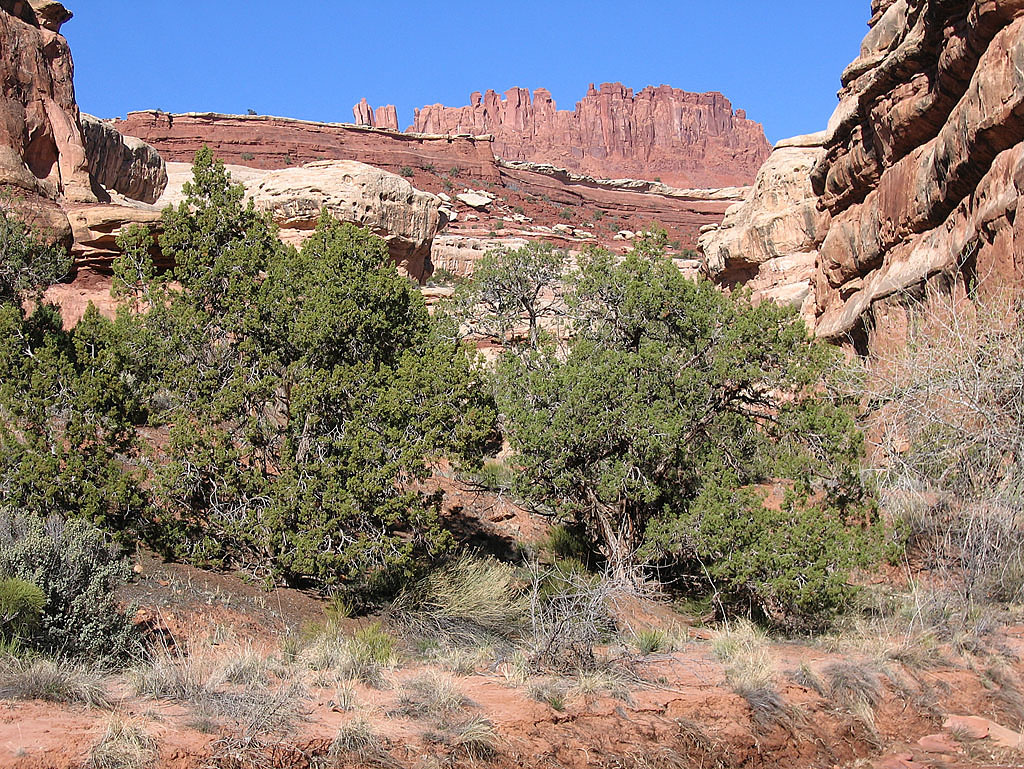 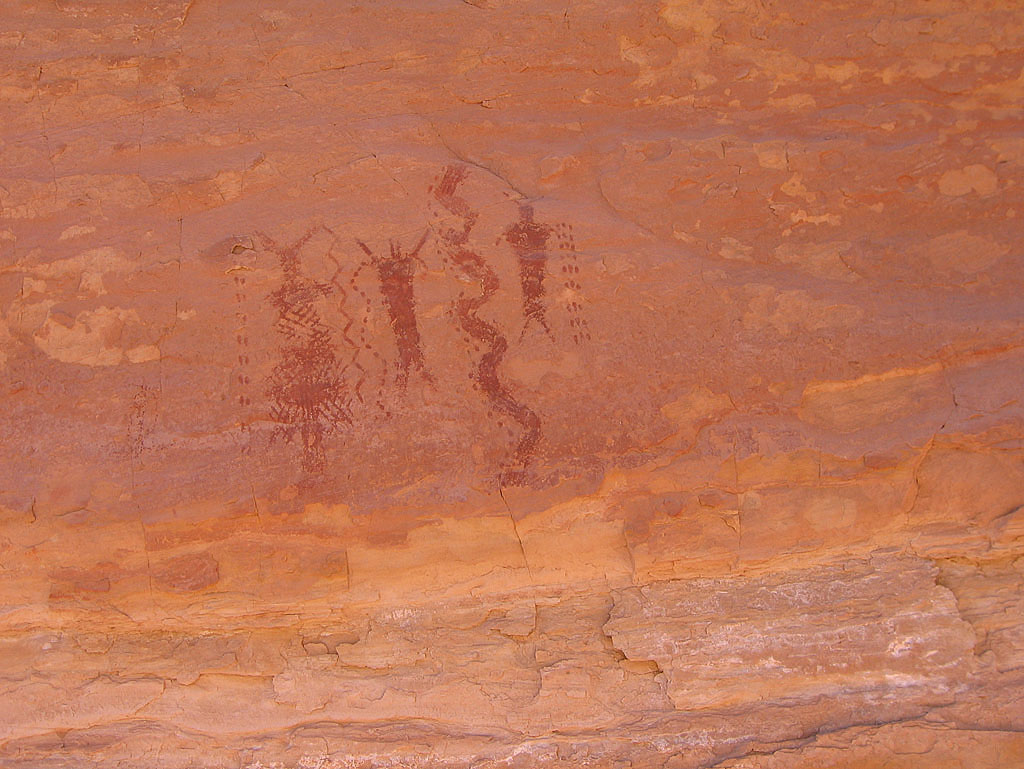 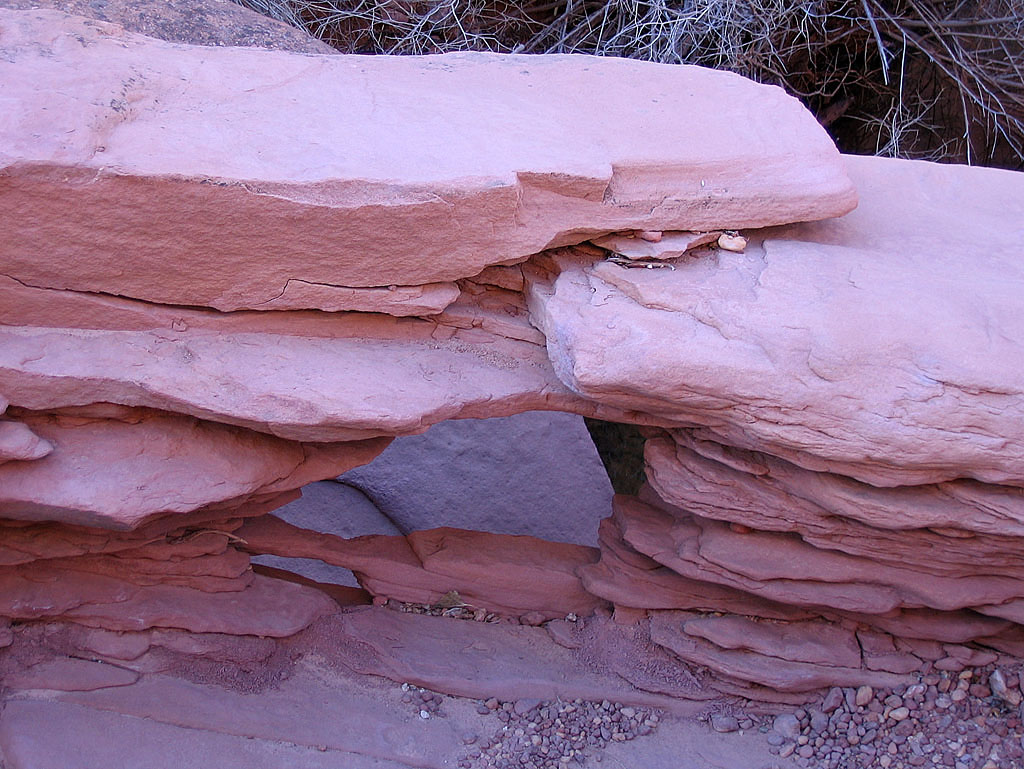 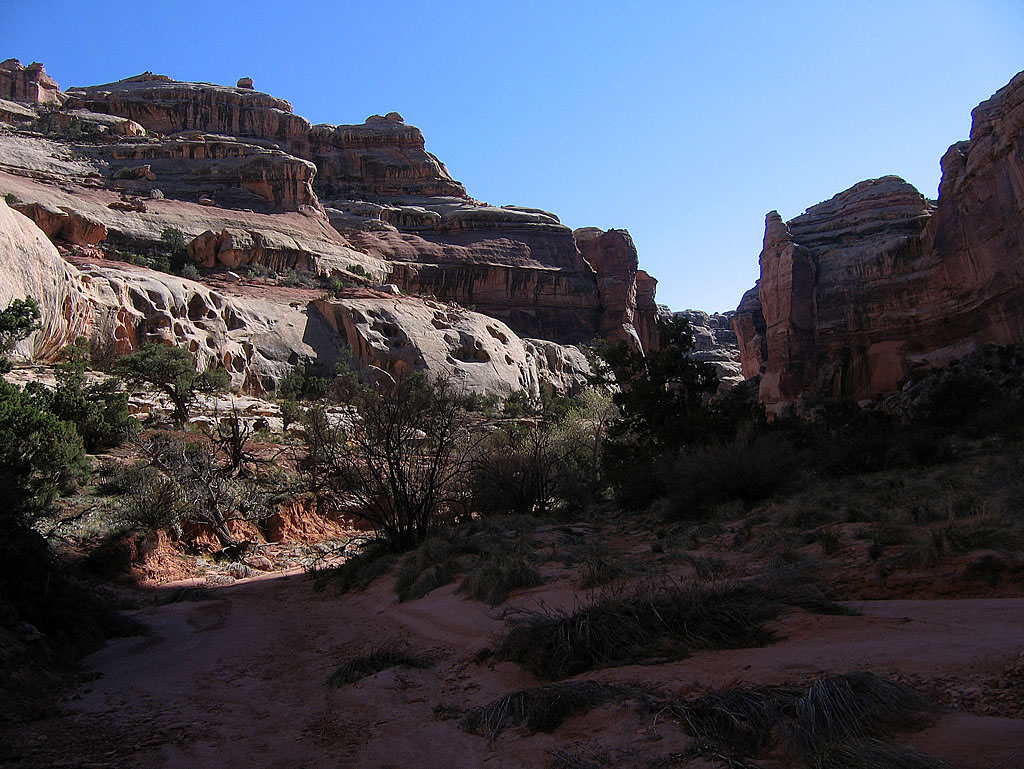 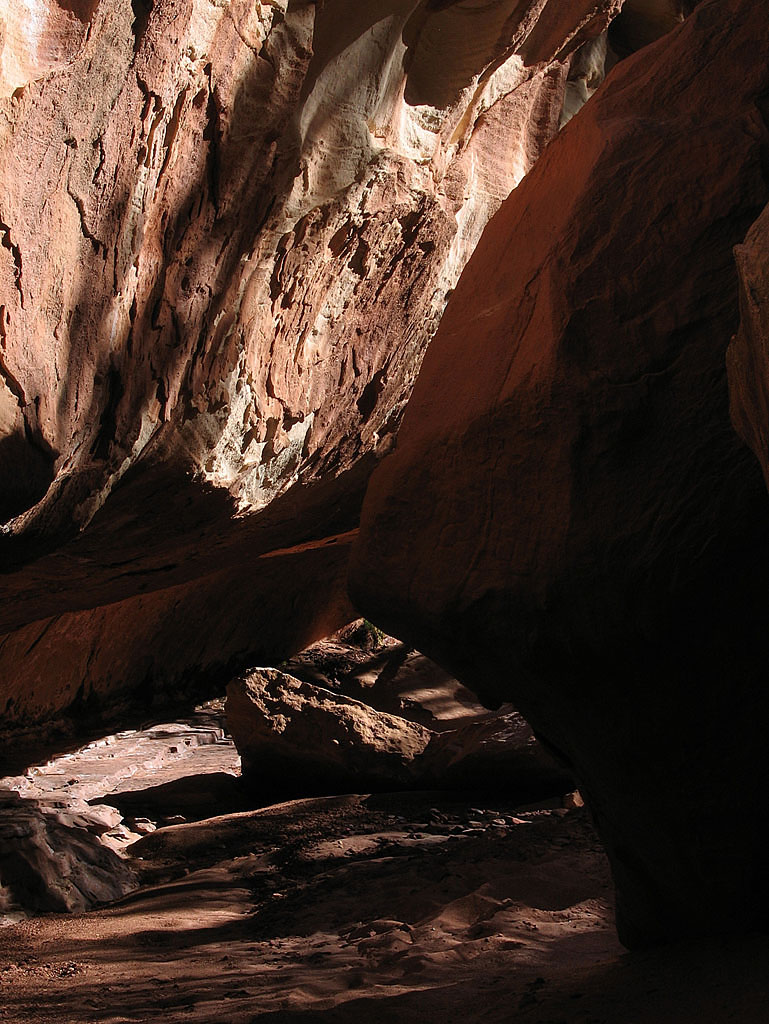 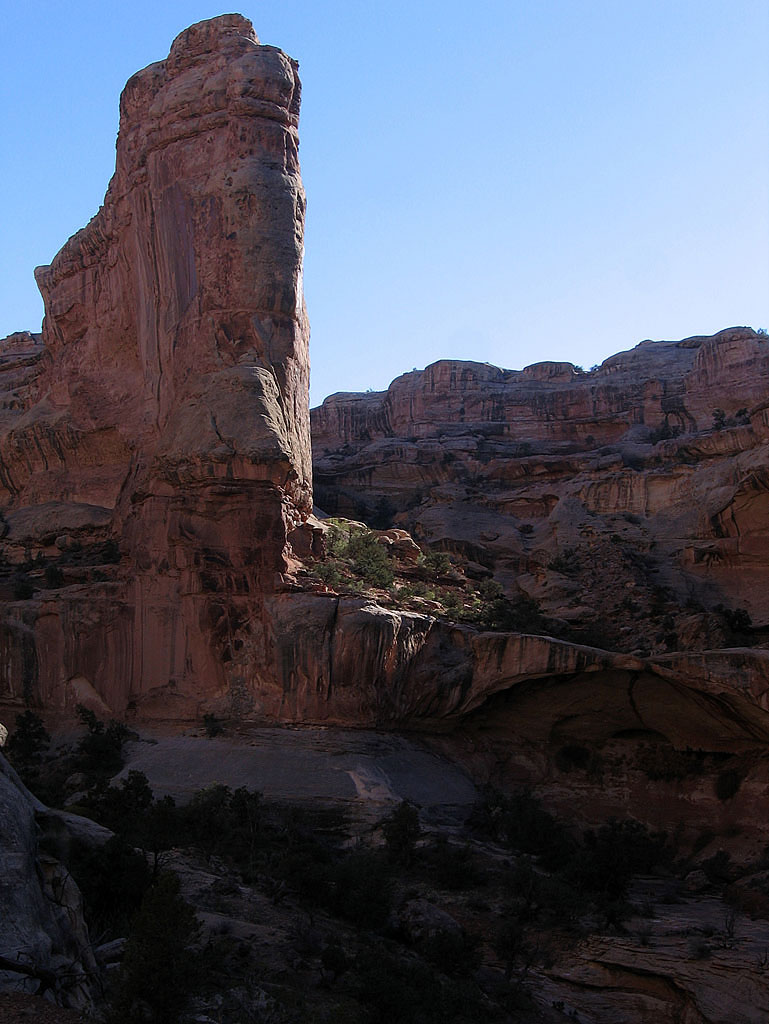 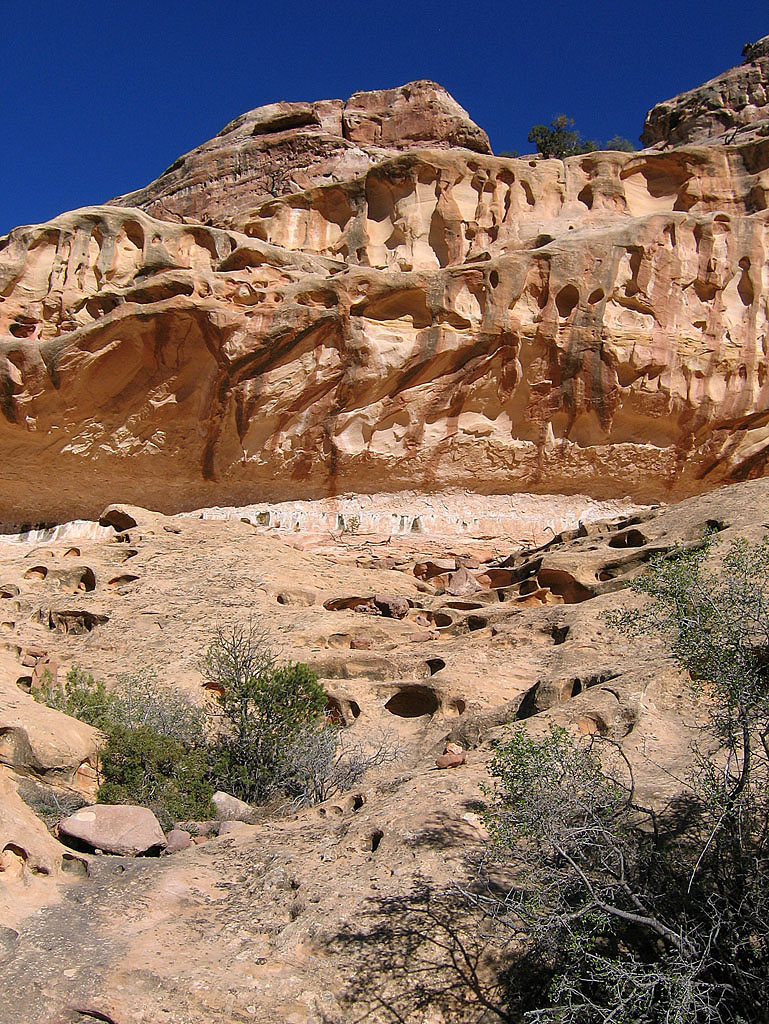 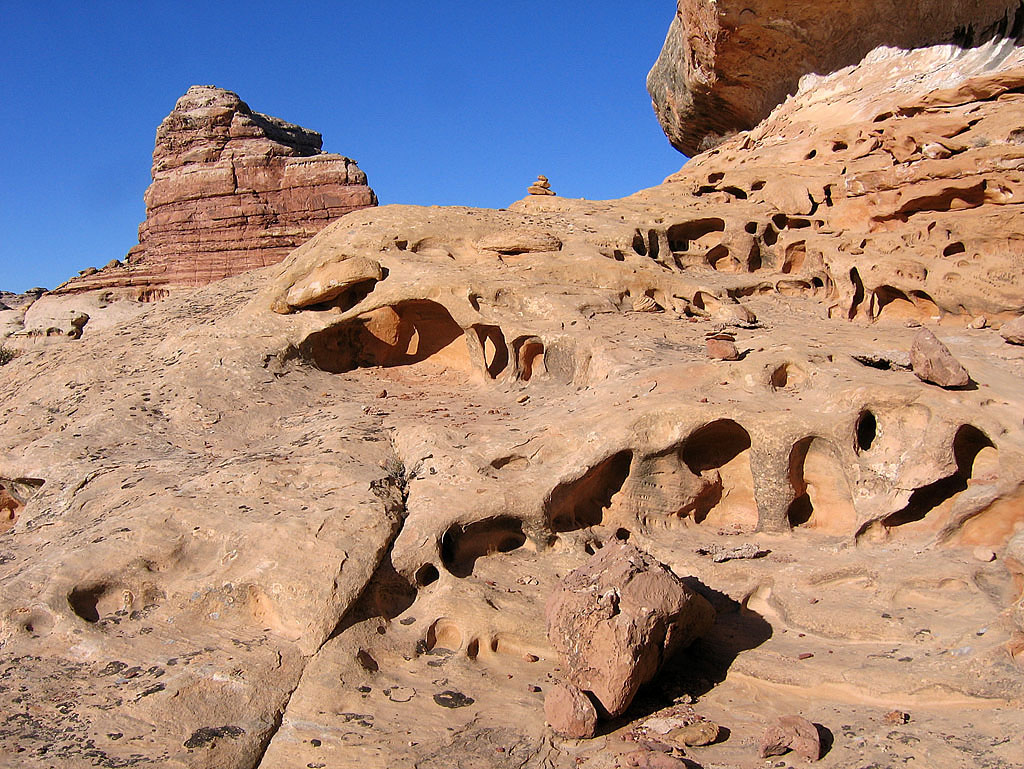 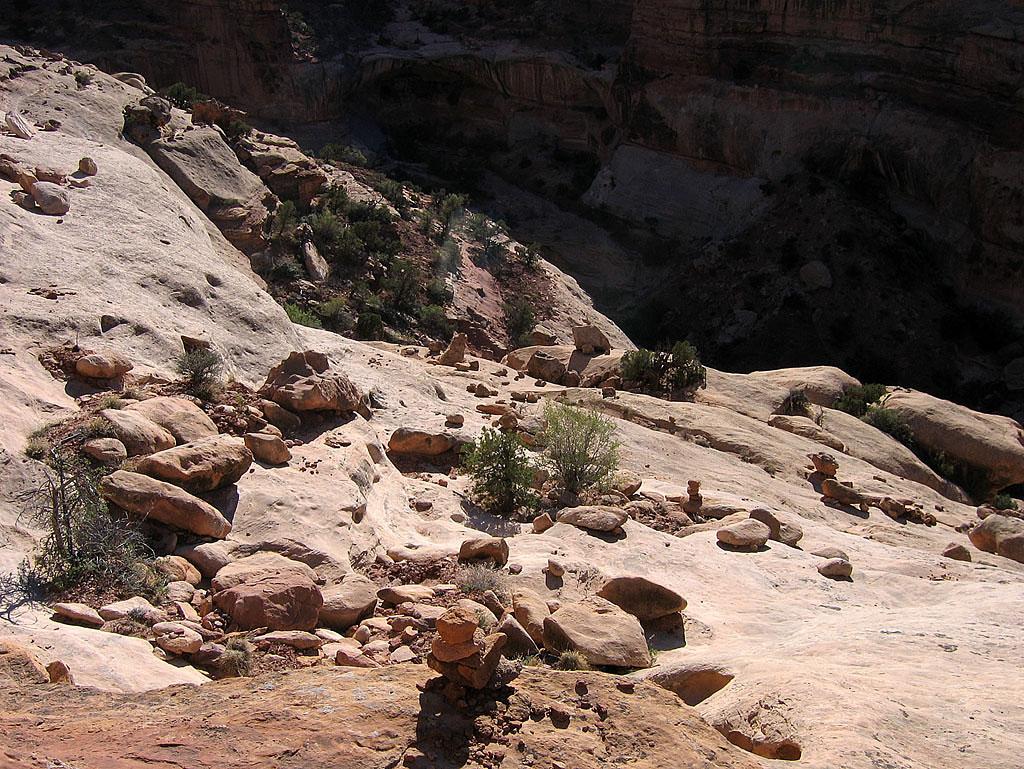 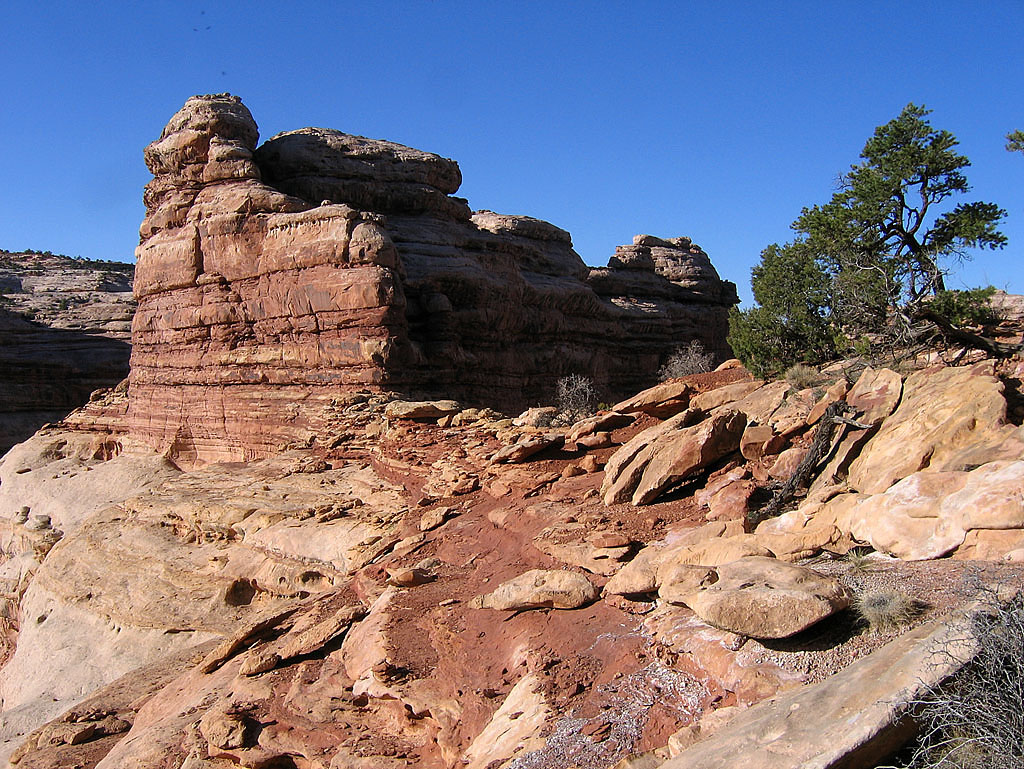 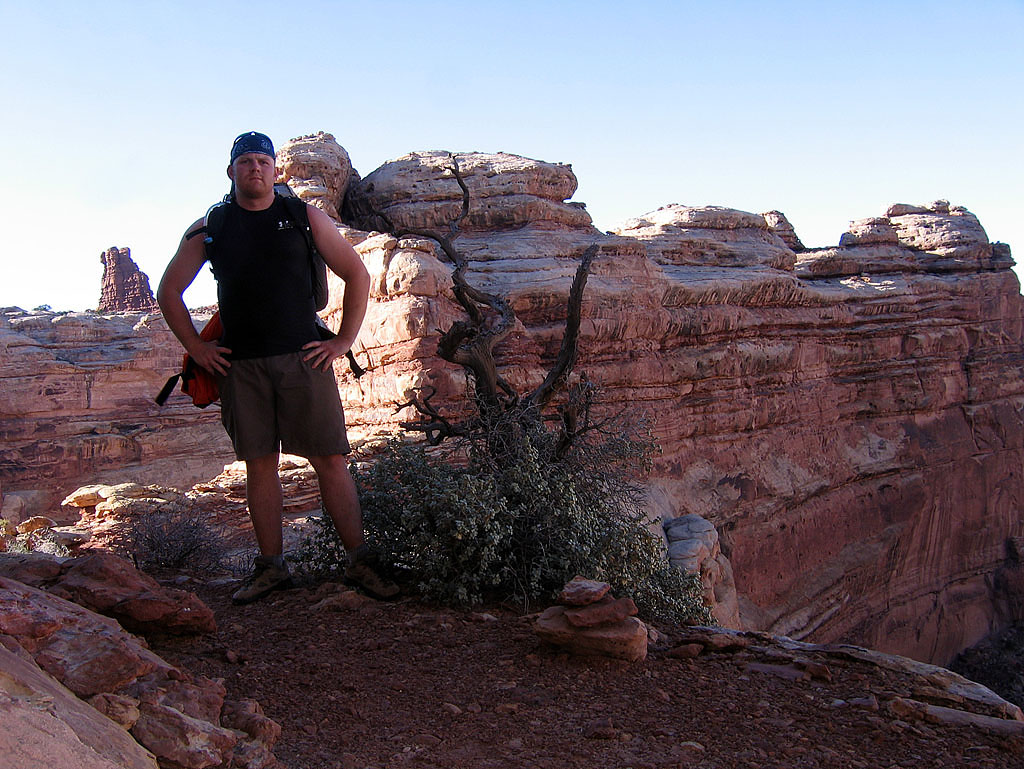 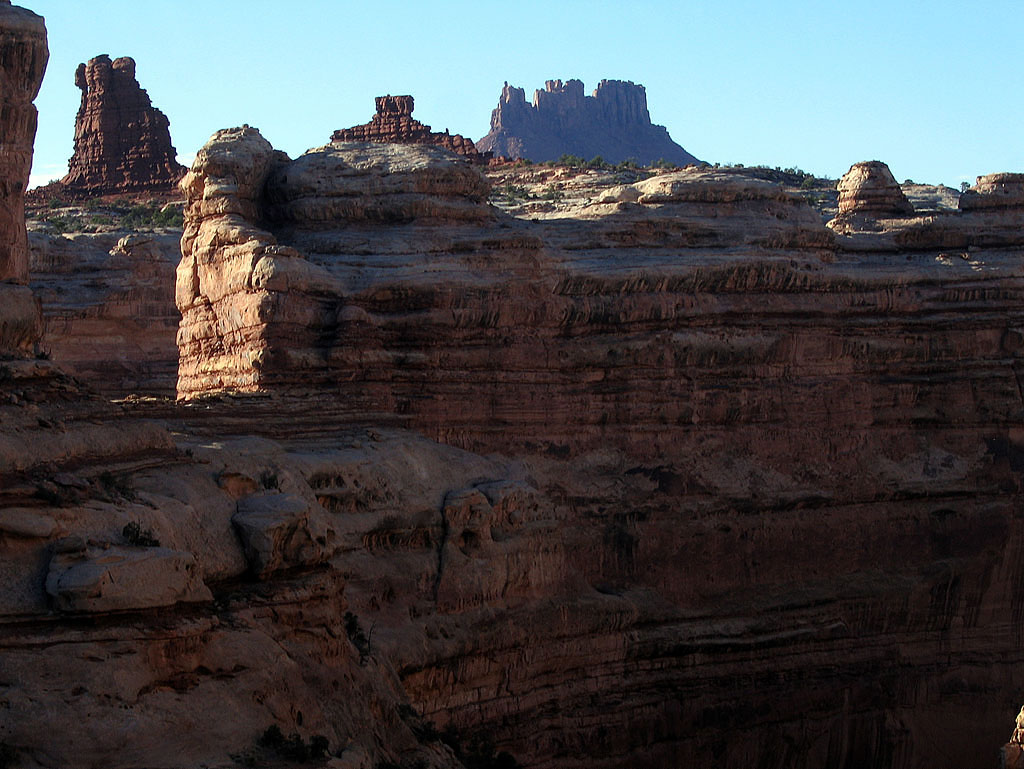 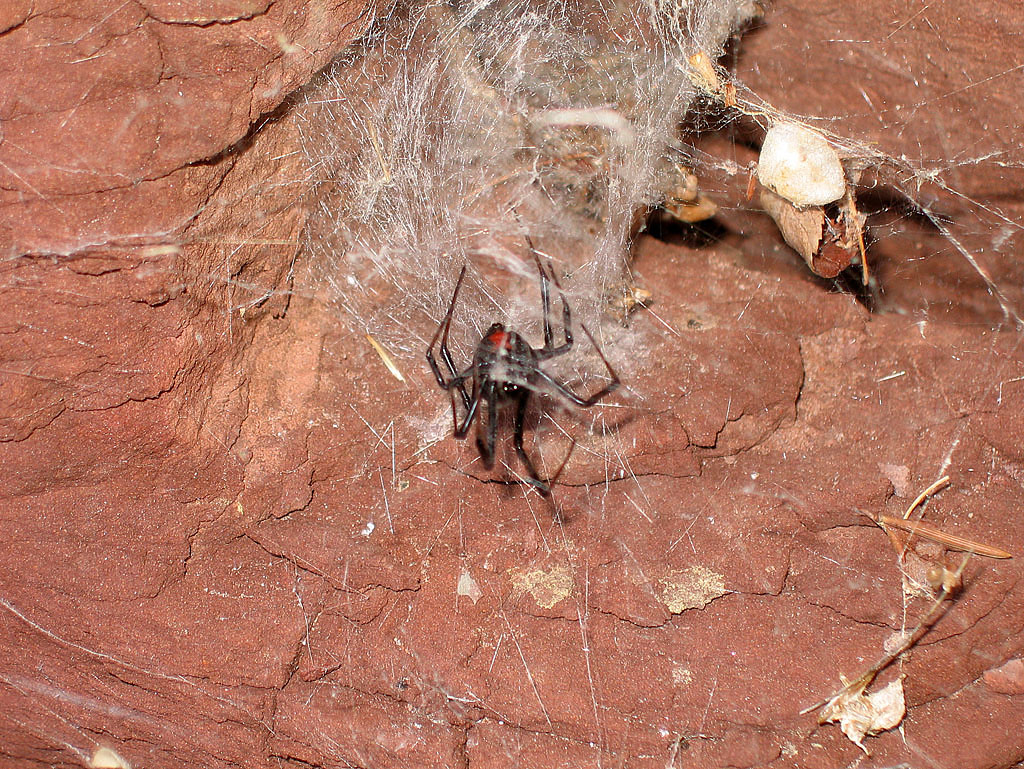 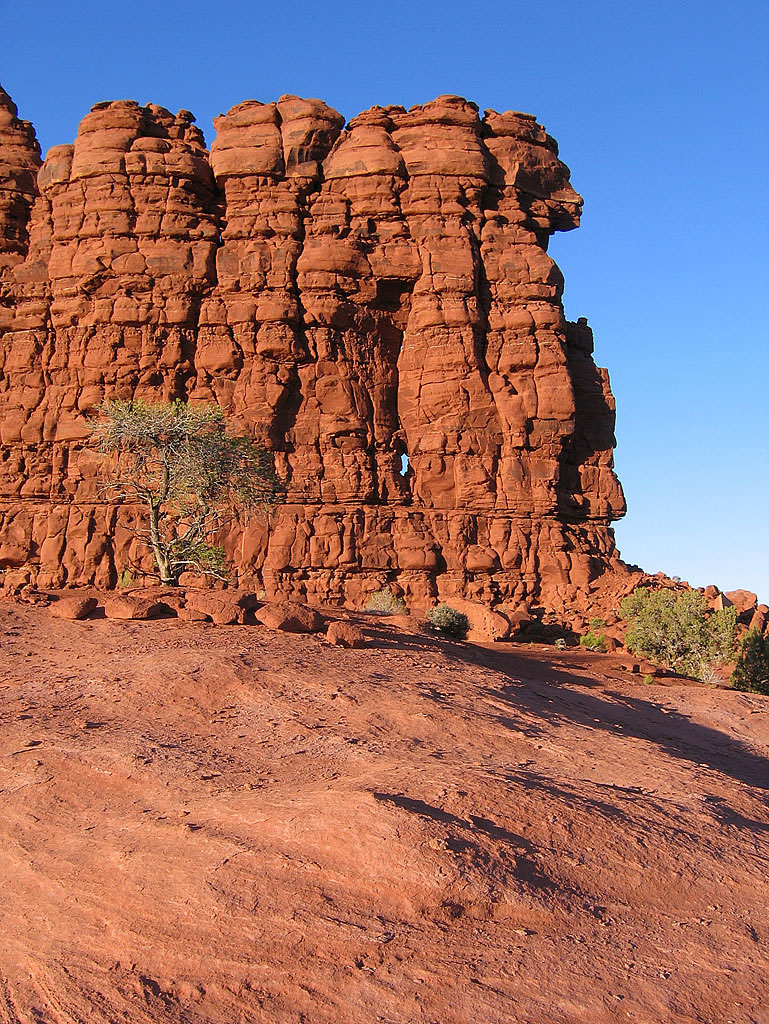 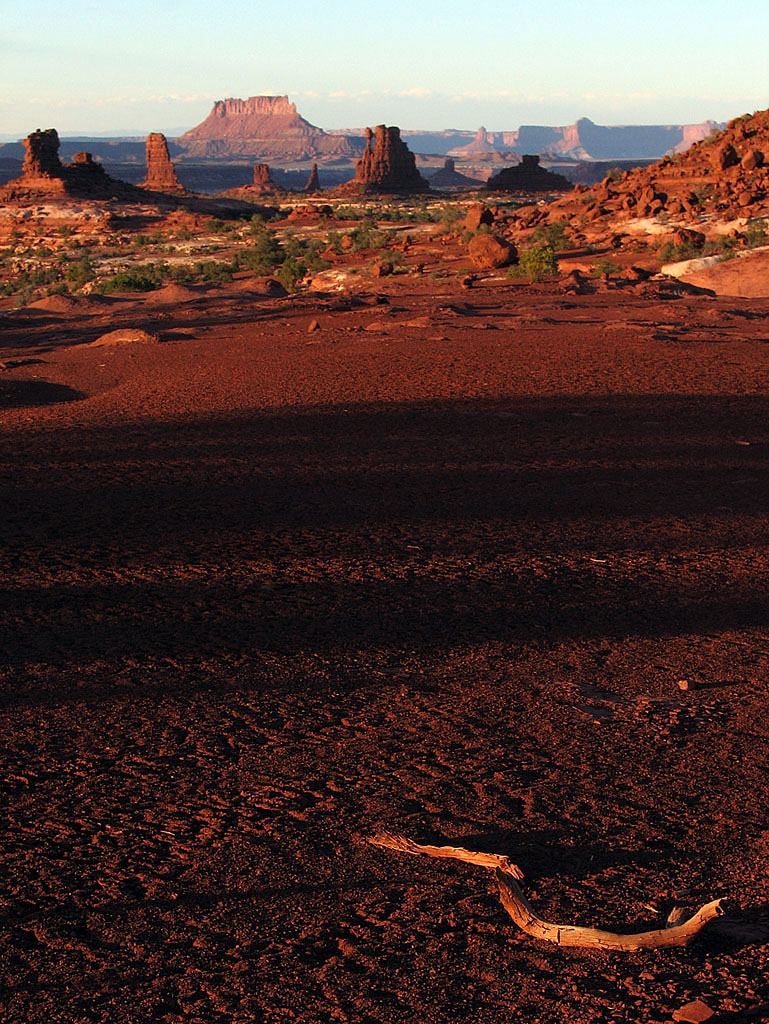 I’d never been to The Maze area of Canyonlands, in fact everything between Hwy 24 and the Green River in that area was totally uncharted to me. The weather looked awesome, but it hadn’t been warm enough to melt & dry out the Flint Trail, or the road out to Hite for my 2WD truck to make it down and out (there’s no way my truck would ever get up the Flint Trail). So instead of starting at the top of the Golden Stairs I started out 4 miles further away at the top of the Flint Trail bringing the total mileage to around 37.5 miles in 2.5 days. I didn’t think it was that much until I got home and plotted the whole thing out on Google Earth – the gps is still in the shop 🙁

The Flint Trail was uneventful. Towards the Maze Overlook trail I was passed by two trucks. Those were the last people I’d see till my way back. The Golden Stairs weren’t that great to go through. It’s a rough, primitive, cairned route that heads really far in one direction, drops a little, then heads just as far back in the other, and drops to the area below where the Doll House Road is. From there to the entrance to the top of South Fork Canyon, there’s not much to say other than, the sun was high, there were no clouds in the sky, it was in the 80’s and the sun wouldn’t move, it was mid-day for forever and then some.

The South Fork route is just a nice string of cairns down to the canyon floor. The path is pretty straight forward, and easy. There are a few places where the less agile would want to lower their packs, and some definite exposure, and some steep slopes at the end, but I enjoyed it. There was plenty of water in a couple pools at the bottom fed by a small trickling spring where I filled up.

South Fork was great to get into after the non-stop sun exposure. I was following one set of footprints in the moist sand down canyon for a while, but there was the same set headed in the opposite direction as well. There were lots of deer tracks and one small mammal probably the size of a small dog.

Water was everywhere down there from what looked like spring after spring. The source had a rust colored look to the water which dissipated further downstream. The sand was moist half the time making it easy to walk on which was great. Last July a 200 year storm came through the area and caused flash floods in The Maze changing the terrain, and disturbing the water sources. The NPS said they didn’t know for sure what was going on since they hadn’t gone down yet to check everything out this year. All I know is most of the water sources aren’t quite right. They have a soft water taste to it, and the rust discoloration at the spring sources made me feel pretty uneasy about even drinking it, but when in the desert, it’s life or death, or eventual death if the water is contaminated with enough bad stuff.

I headed down canyon making it more than half way before I was too hungry to go on and set up camp in a high spot. I wasn’t keeping track of where I was, but I saw Elaterite Butte at a specific angle through a side canyon so I thought I was close to the Maze Overlook Trail. As warm as it was during the day it got pretty cold at night, hovering around freezing.

The next morning I found ice just below my camp in the river, and the air was much, much colder coming out of a side canyon. It took a couple hours of meandering but I made it to where the Maze Overlook Trail joins up in South Canyon. When I finally made it to the heart of the Maze I was amazed at just how wide of an area was open there, and how many canyons just join up in that area. There was supposed to be a spring a little further up from the canyon that leads up to the Harvest Scene, and that threw me way off because the spring had moved quite a ways North of where it should’ve been. It had that same rust colored tint at the source so I looked for where it should’ve been, and kept heading up and not finding anything. I was almost out of water by then, so I headed back to the nasty water to fill up and have some lunch.

After several hours of lingering in the shade of a ledge near the water I went up to check out the Harvest Scene. That canyon was pretty wide, and didn’t offer any shade. I didn’t stick around too long to check out the petroglyphs cause it was really hot.

The next major point of interest is the exit from The Plug, it’s a foolhardy route with steep scrambles up slickrock chutes and along huge cliffs. It was a lot of fun to go up, but I wouldn’t want to go down. The ranger I talked to after I made it back to the Ranger Station said they had re-cairned that route to be a safer route, but they think someone went back and put the old route back up after what I described. It’s totally possible that the new route is still up, but I didn’t hit it.

When I got back to the Doll House Road the sun was low in the sky, and the air was much cooler making for some awesome colors, and the view was the best I’ve ever seen in Canyonlands.

I kept going through the dark until I was at the base of the Golden Stairs to make my next day significantly shorter.

Climbing the Golden Stairs was so much better in the morning. It heated up really quickly, but was nice when I made it to the top. From there it was a matter of walking the road. After 2.5 days of not seeing a soul a truck came up the road and we talked for a little bit ending my long period of solace.