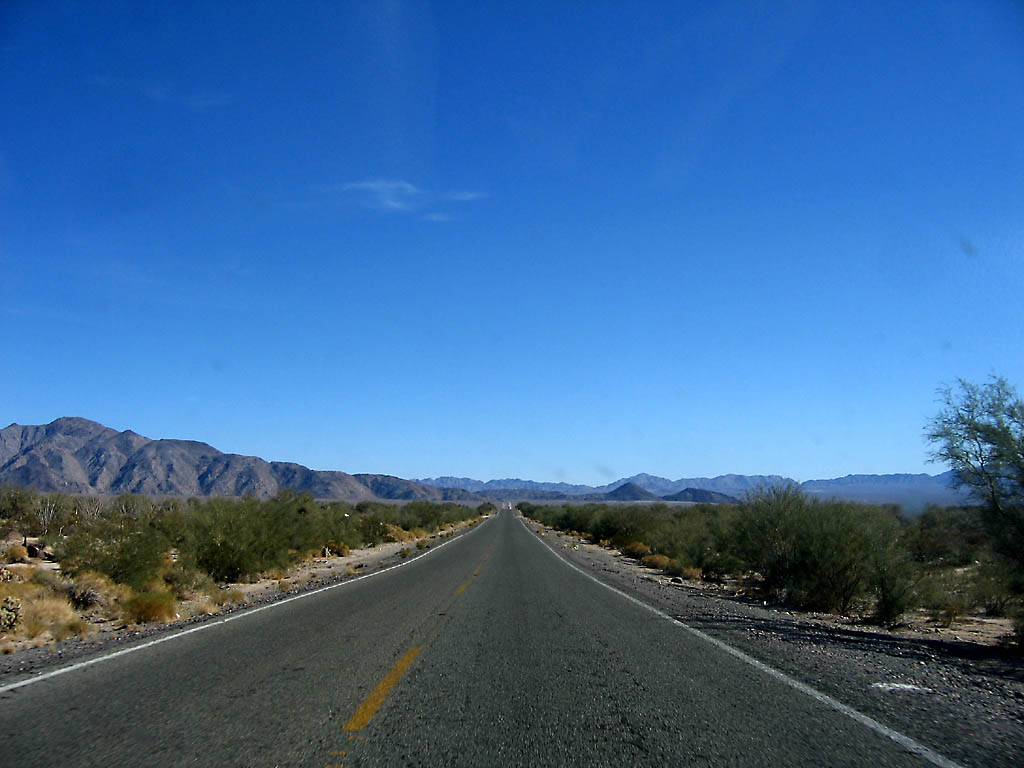 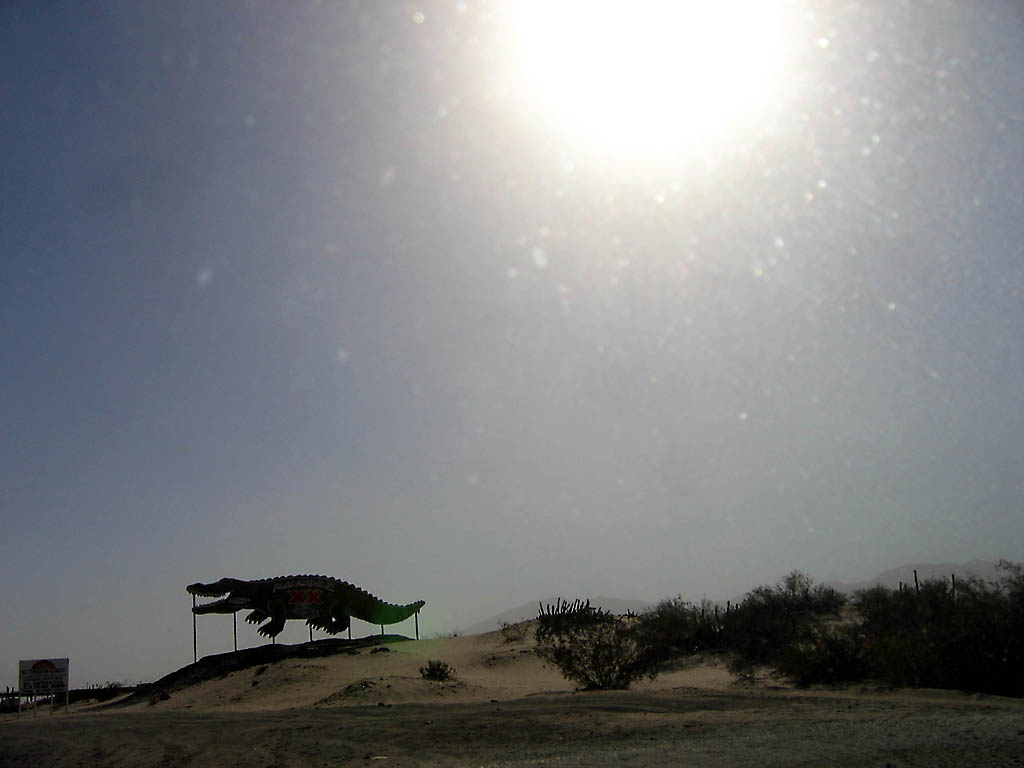 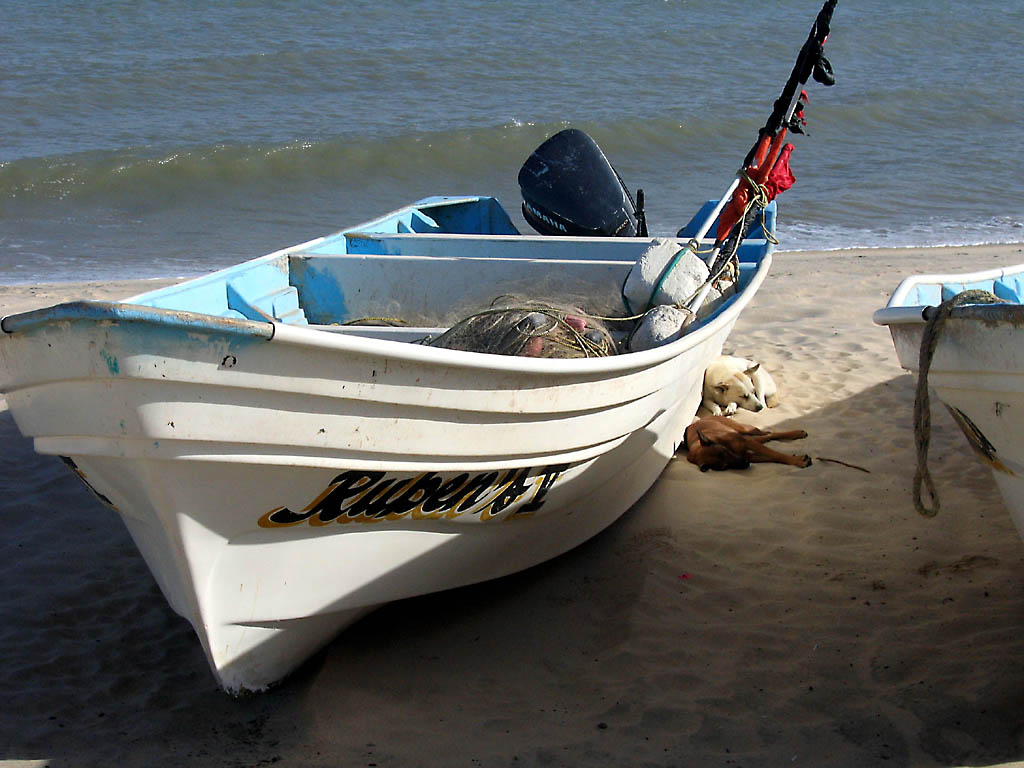 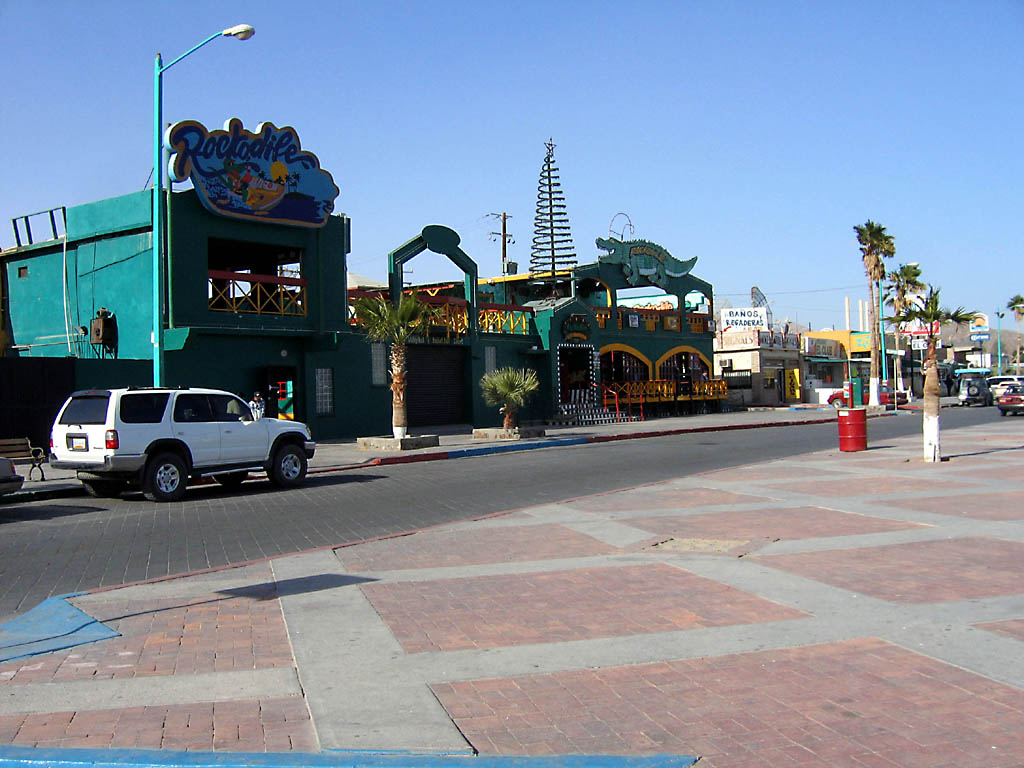 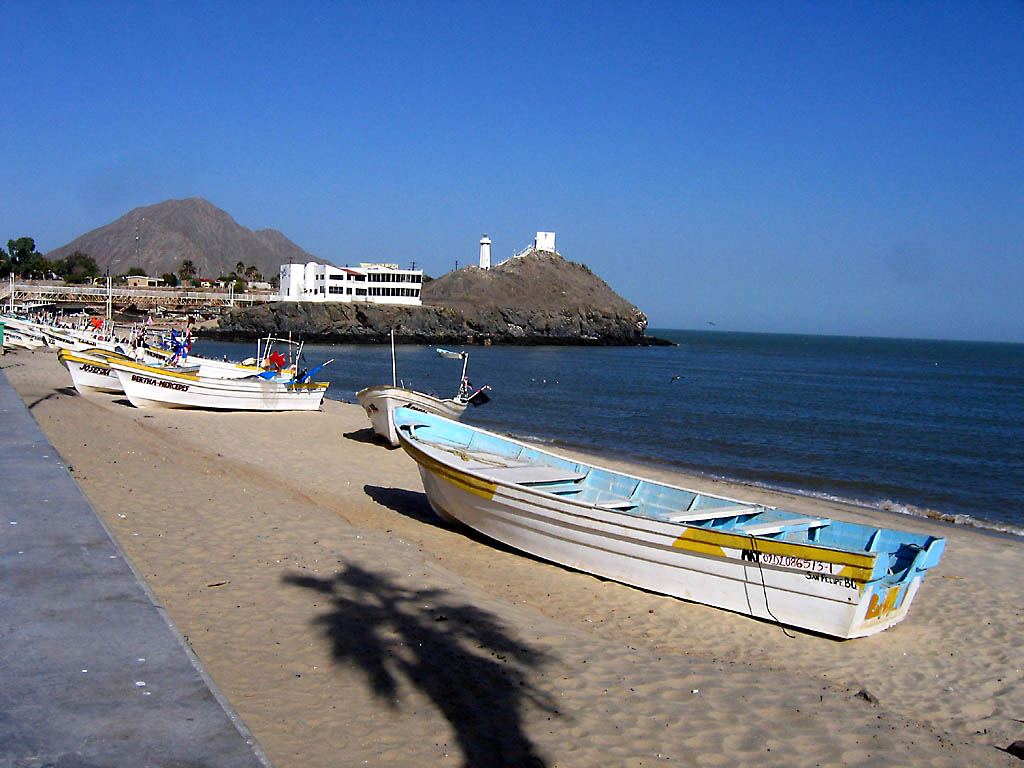 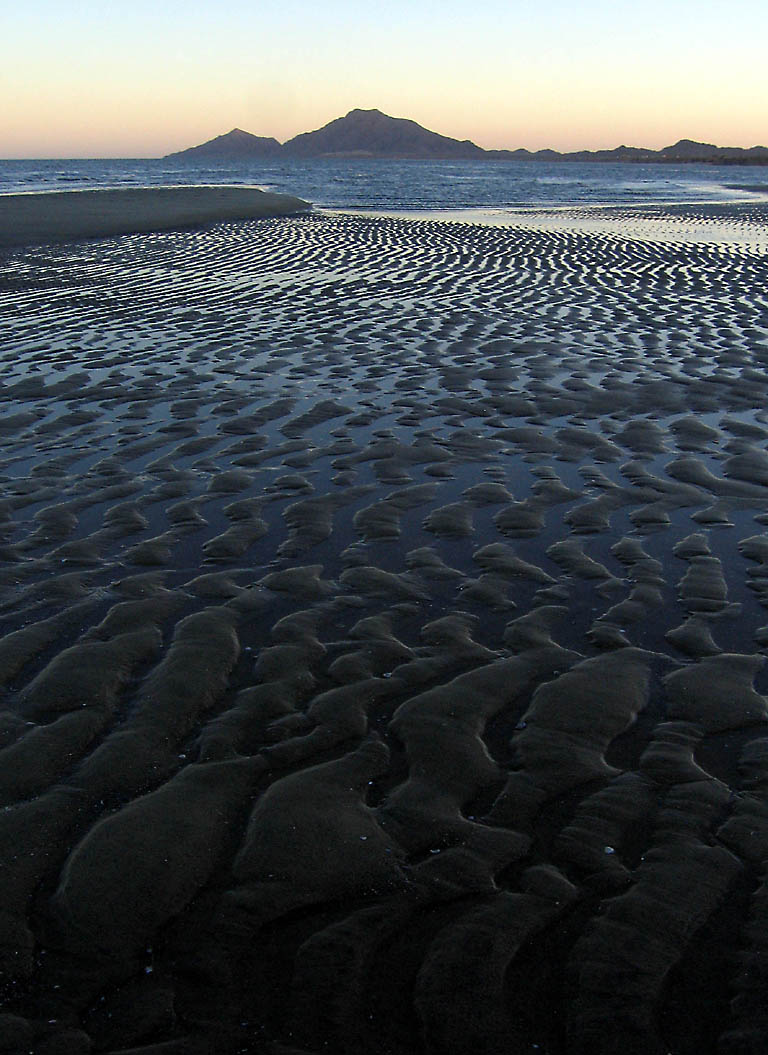 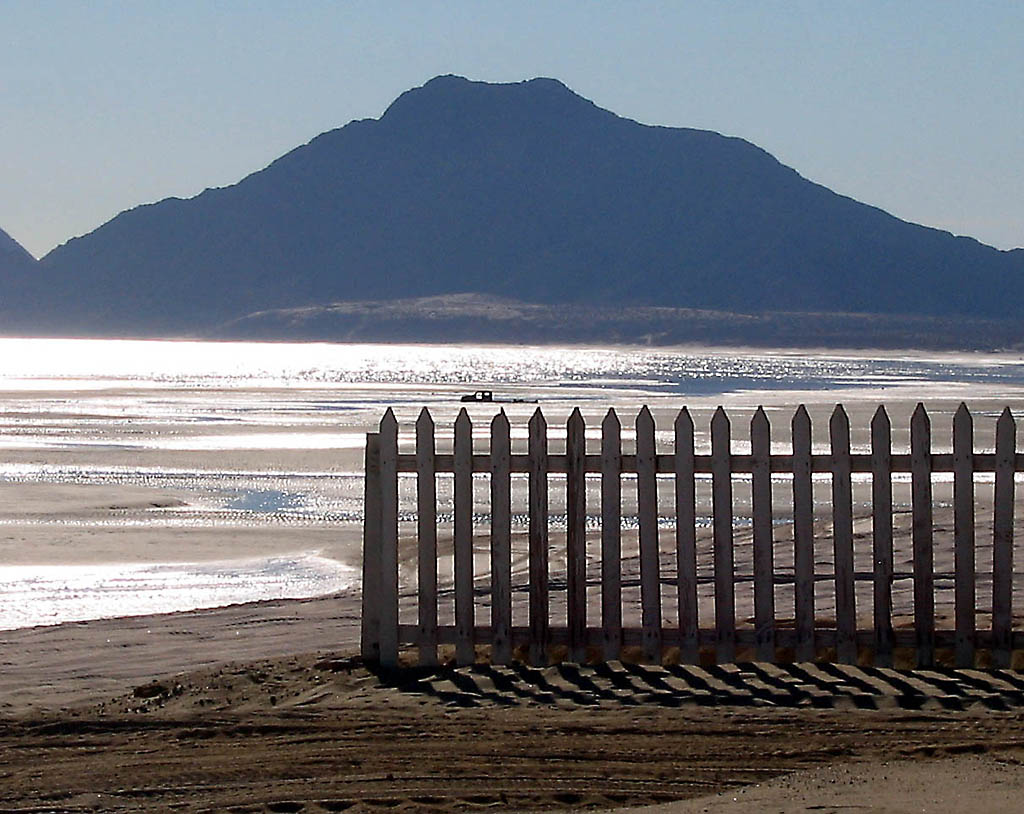 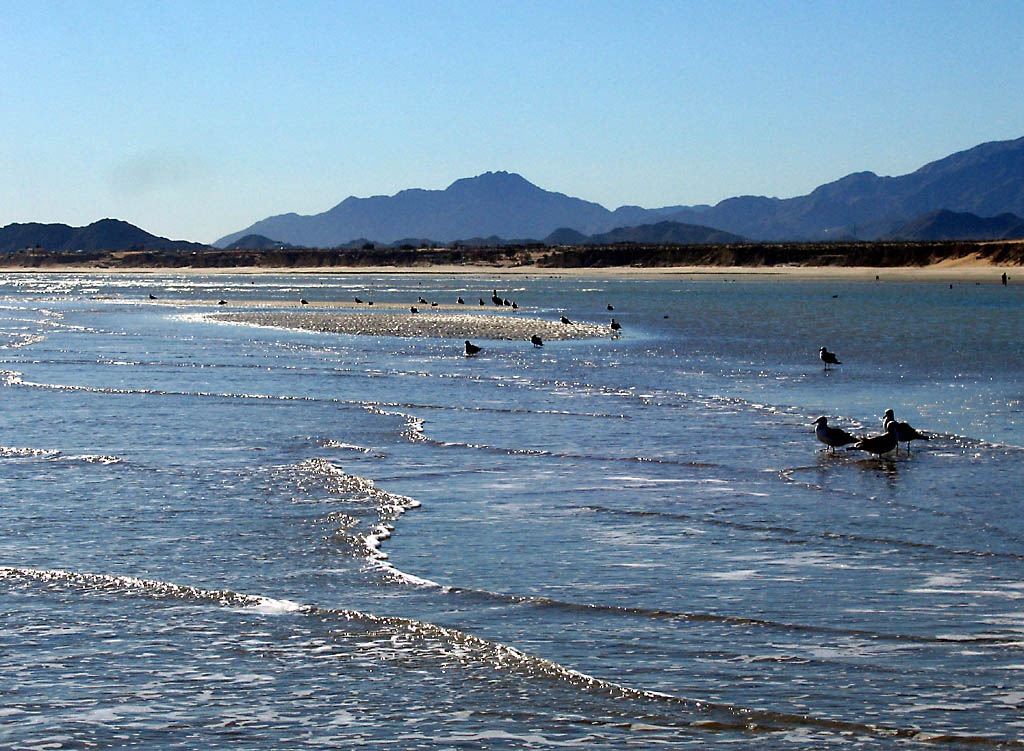 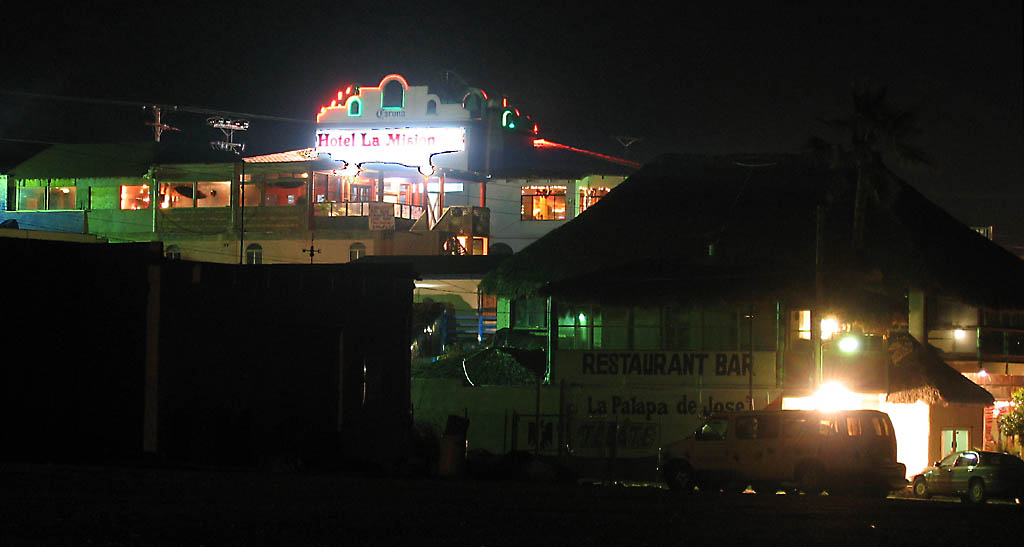 I’ve wanted to check out the upper part of Baja California for a long time now, and finally pulled myself away from the cold winter for a little sun and warmth. I left Thursday after work, drove to Mesquite, then the next day drove down to the K58 campground just off the highway to Ensenada. The trip was pretty uneventful. The weather was great, and I pulled into camp just as the sun was setting.

The Tijuana border crossing was a zoo. I’m glad I learned some driving skills in France cause they came in handy for changing lanes in crazy traffic. It smelled, and I’m just glad I didn’t get lost, and that it was still light out. I don’t ever want to go through there again, and I don’t think I need to worry about wanting to.

I had high hopes for Ensenada, and I’ve heard from other people that it’s a great place, but it’s just not what I was expecting. The coast is extraordinary, no doubt. I really don’t have pics because the sun was rising and would’ve made just one big sun spot when I was going from camp to Ensenada, so it was pointless to try. Pulling into town you don’t realize that theres this massive city on the other side of the hill there. I followed the signs to get to the tourist district and just found some dumpy looking clubs. I drove around for an hour looking for somewhere to eat, but was out of luck, even in the tourist district, fortunately I found a really, really nice Carls Jr, so I went there. It’s probably one of the single best buildings in Ensenada, and it’s not even in the same league of the American Carls Jr locations because they’re all pretty generic and typical suburbia fast food, but the Carls Jr in Ensenada was beautifully designed, and totally out of place with the rundown surroundings, and I think they should all be like that.

I saw signs for a Super Walmart in town so I spent a while looking for that so I could go there to get some prescription meds without a prescription. I love the ability to load up on the meds you need without having to consult anyone. I chose Walmart because I had forgotten my spanish/english dictionary and figured somebody around there would speak English if I needed to ask any questions because nobody there speaks English that I found. The Super Walmart there was nicer than the one I go to here in the US but hardly anybody was shopping there. Across the street is a Costco, and Home Depot, so any gringos living there would feel right at home.

I didn’t want to stick around Ensenada, it just wasn’t what I was looking for. I found the road to San Felipe and hit the highway. There was a cop on the side of the road outisde of town who turned his lights on when I flew by, but since the road is narrow, and full of sharp curves, with very few places to pull over and I had about 10 cars behind me I guess he figured it wasn’t worth it if he wanted to get me. Not surprisingly there were a lot of shrines to people who died along that road. Families had painted boulders to look like shrines. Somebody had some fun painting a rock that looked like an alligator already to really look like an alligator, and if I could’ve pulled over I totally would’ve taken a pic of it.

Halfway to San Felipe the landscape changes from lots of curves to flat out open desert with straight roads with mountains jutting up above the landscape a couple miles in each direction. The junction to highway 5 that leads to San Felipe comes up pretty quick. Here you can see the Sea of Cortez straight ahead, through a landscape of white sand and desert foliage.

San Felipe has a completely different vibe. It’s much more of a laid back place with a distinct Mexican beach town feel to it, and hardly any traffic. There’s a very large American presence there that’s only going to grow as people buy up more of the land and build retirement and vacation houses there. It’s really a fantastic area. The weather was in the high 60’s during the day, and got pretty cold at night, but nothing like it was back home. The beach along the malecon is lined with fishing boats, and the sand is deep and soft, but unfortunately that beach is kind of trashed. It could really use one of those sand groomers they use in the states to clear out trash like needles, broken glass and stuff.

The sea along the coast here is very shallow, and when the low tide comes, the shoreline disappears into the horizon a half mile out, and since it’s so shallow the water doesn’t look very clear.

After wandering around the mercado I left town to explore one of the beach camps I passed on the way in and settled on Pete’s Camp. I pretty much spent the rest of the next two days there with a brief trip into town to buy some stuff. It was just so nice and peaceful there on the beach, and the beach was pretty clean for being a campground. Almost everybody there had RV’s and trailers loaded with ATV’s and dirt bikes. That area is huge for that kind of stuff. South of San Felipe there are roads to other towns and hot springs, but a lot of people just ride their toys down there. Even into and around town, it’s pretty cool.

The people I camped next to took pity on me since I was down there alone, which was cool cause they knew a lot about the area and even bought some property down here so they took me back beyond the security gate to check everything out, and while these are just desert lots surrounded by tall desert plants and you can’t see much while on the ground, when you get up onto a rooftop patio, everything opens up and all around you is just a beautiful 360° panorama of mountains and sea just everywhere.

Two days in San Felipe just wasn’t enough, and I didn’t want to leave. And right now I just want to go back and stay there. It just reminded me of what life was like before it was consumed with high levels of stress and responsibility. Before I used to be able to take off on a trip, be it road, backpacking or mountain biking, and when I came back I’d be ready for months more of dealing with everything, but it’s not like that anymore.

On the trip back I got stuck on a near empty tank of gas in a long line of cars trying to get through the border. When I finally got up there I got flagged for a full inspection…again. Third border crossing in a row that’s happened. I’m tempted to cross it again just to see if we can make it a fourth or a fifth. Unfortunately, I must confess I have now contributed to the illegal alien population in the US. You see, while they were preoccupied with determining if I was a drug smuggler or a nice ordinary guy, someone ran through the line of cars, past all the checkpoints and guards and into the US, and if they weren’t busy with such a suspicious guy like myself, they probably would’ve stopped the runner. It’s unfortunate, I know, but for some reason I continue to be a very suspicious individual to the border patrol. Since I’m definitely going back, I’m going to find out if three times in a row is a coincidence or not. I’m guessing the ratio of cars inspected is about 1:500 at that border crossing while I was there. The other time I would say it was about 1:80, and the first time about 1:35. I’m horrible at statistics, but looking at the odds, and having it happen three times in a row shouldn’t happen, and the only commonality between any of those crossings was myself. Different cars, different crossings, and circumstances.