I’ve always been curious about the trails out of North Fork Park. There are two that head up to the Skyline Trail, the Ben Lomond Trail and the Cutler Trail. I needed something where I was gaining some good elevation and covering some distance so I could get some of the mojo back that I left on Mt Peale when I had to abandon the summit attempt, and the Ben Lomond trail seemed like a good candidate. It starts out innocent enough — after you find it in the maze that is North Fork Park (follow the signs to the corrals and park next to them) — anyway the trail is nice and wide, and in great shape. 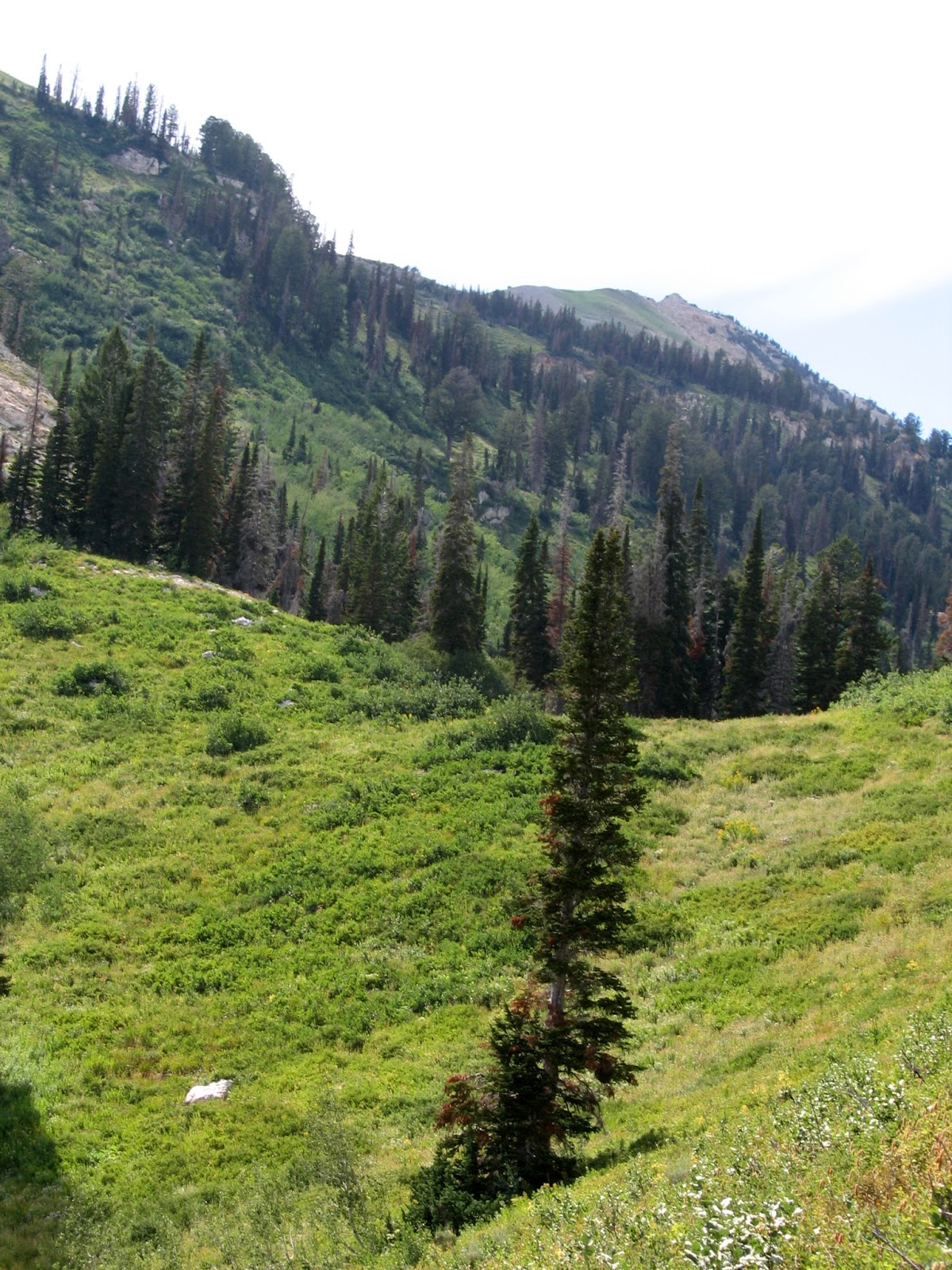 After a couple miles though, overgrowth from the surrounding brush encroaches the trail sometimes making it disappear almost entirely. After 3 miles the trail flattens out a bit and crosses a saddle where there’s some good camping and from there you get a nice view of Ben Lomond Peak, and Willard Peak View of Ben Lomond and Willard Peaks. The next two miles take you to the saddle right below the last big ascent of Ben Lomond. It was getting late and I didn’t have enough water to summit, otherwise I probably would’ve done it just cause most of the work to climb Ben Lomond Peak is simply covering the distance to get to the point where I was at. It was okay though, cause my only goal on this trip was to make it to the saddle, and I did that, and I felt I could keep going all the way to the summit which was even better. So I turned around, bushwhacked the trail, ran out of water with two miles left and when I reached my truck I realized the mojo was good. I now feel ready to go out and conquer another one of the ultra-prominence peaks again.