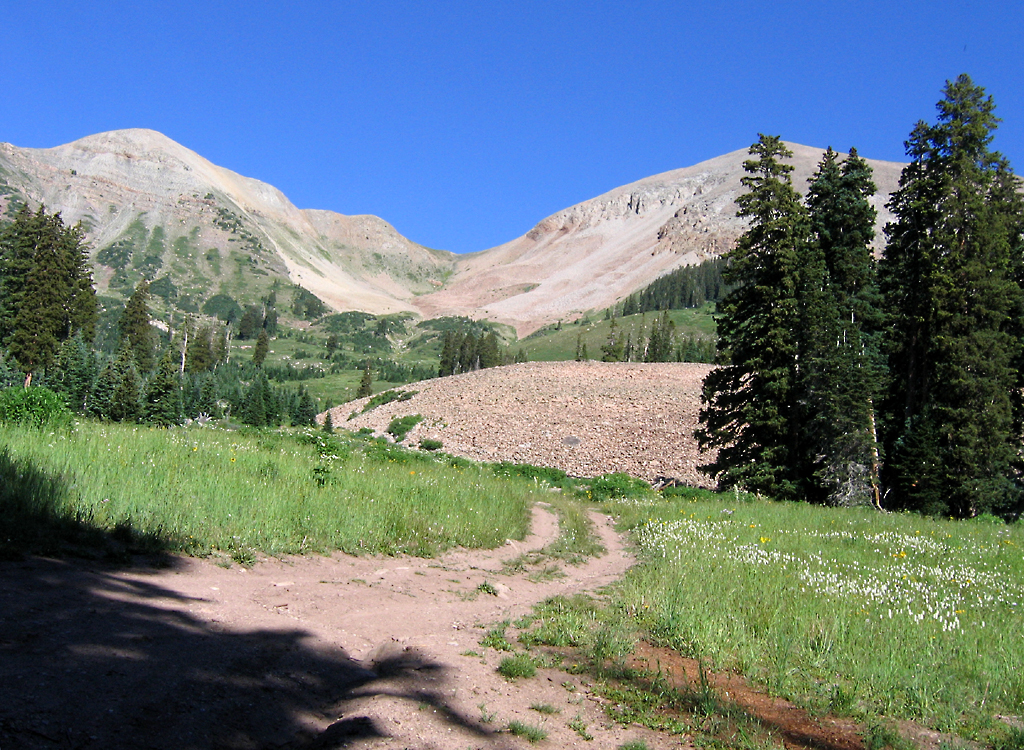 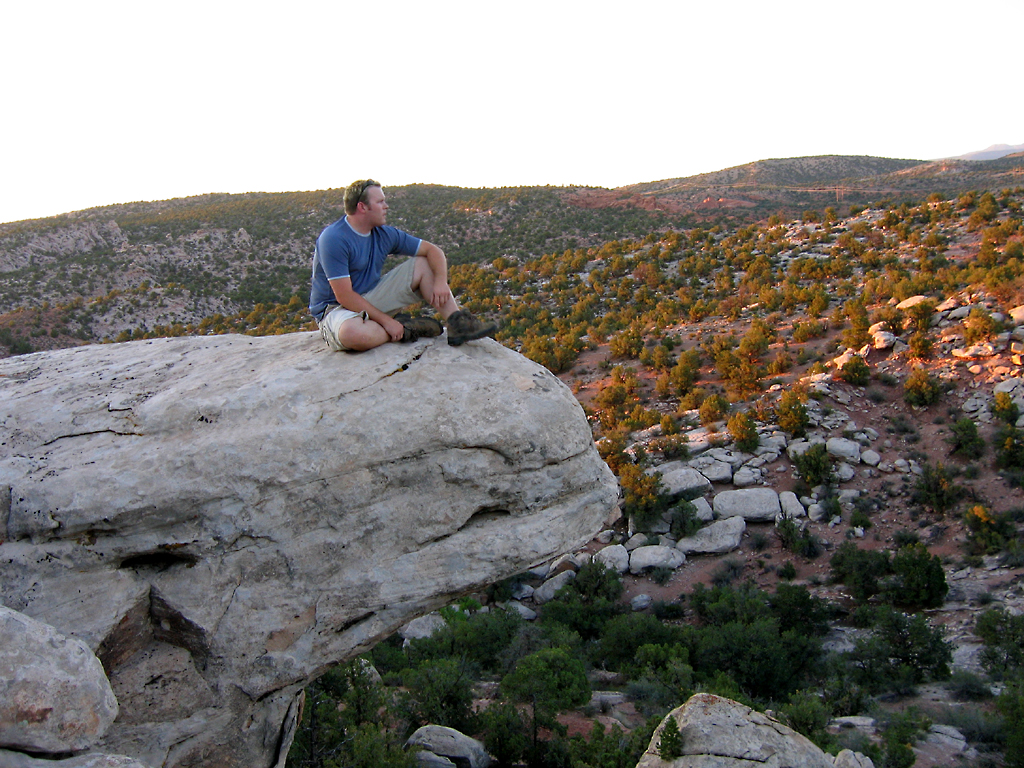 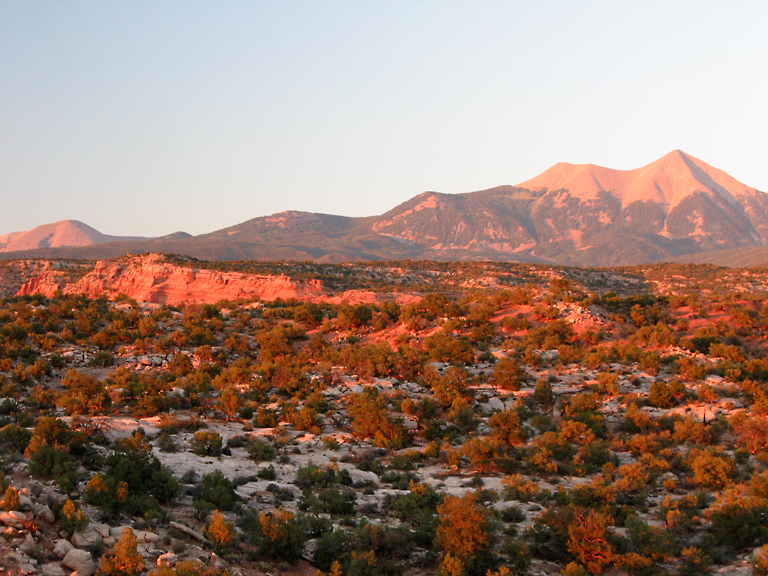 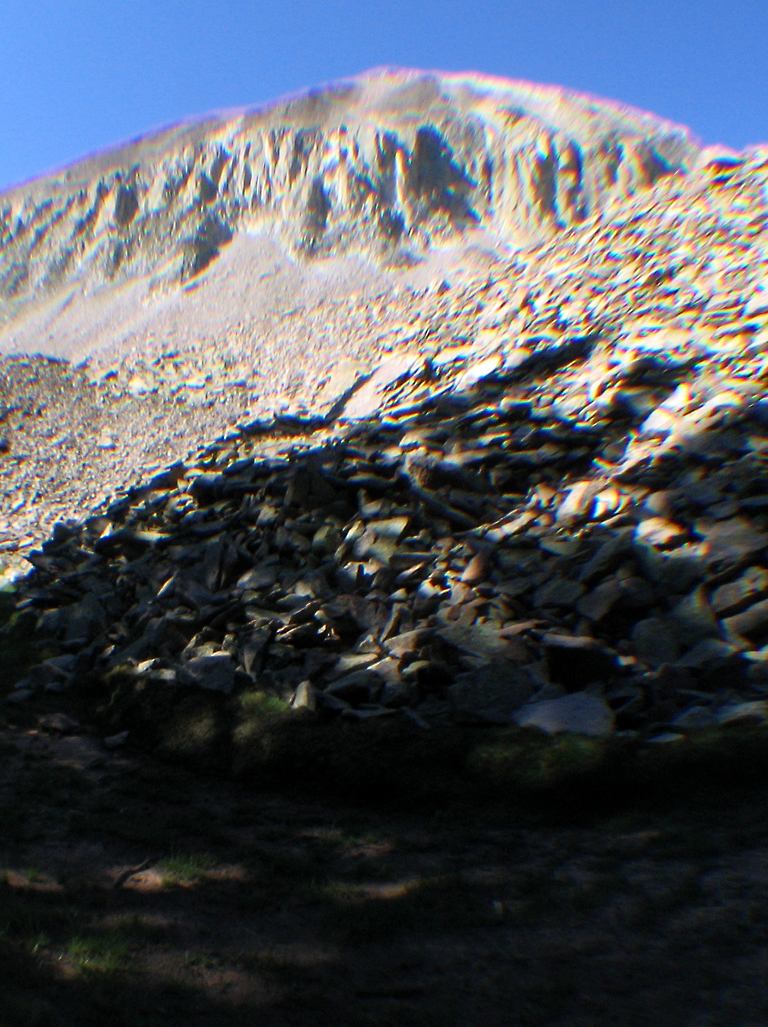 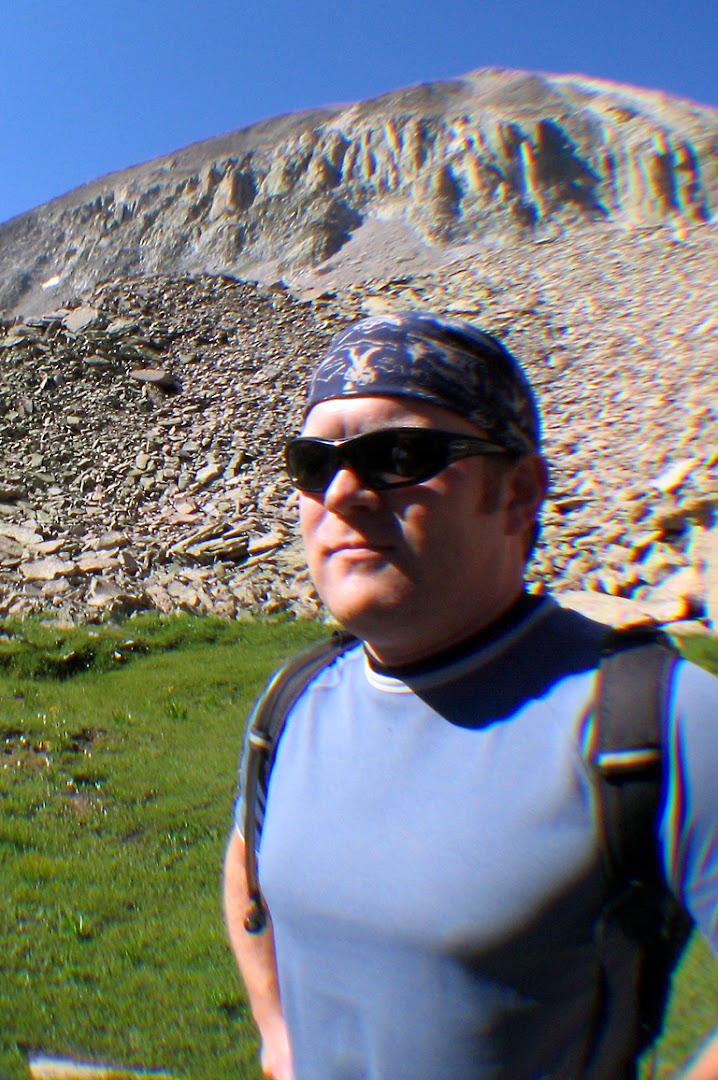 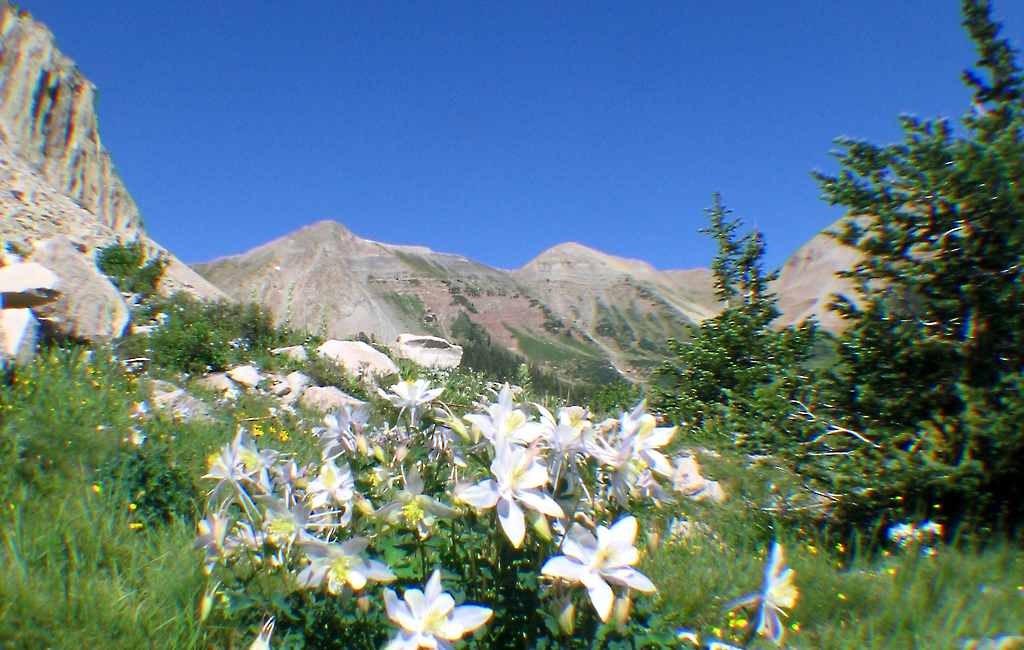 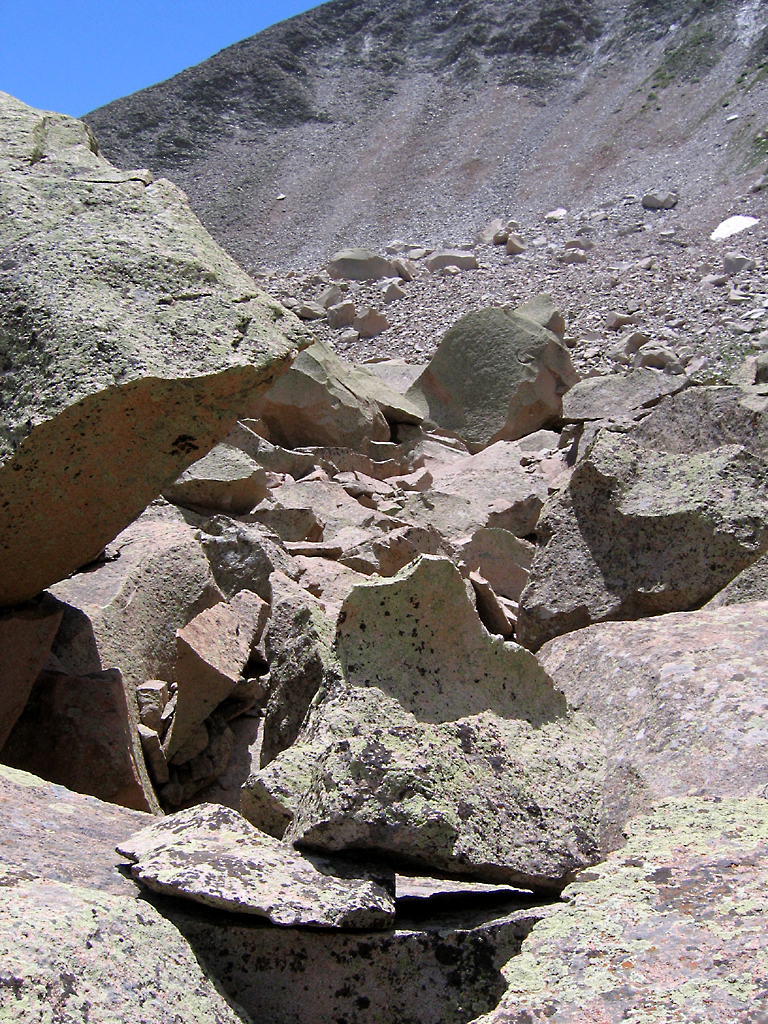 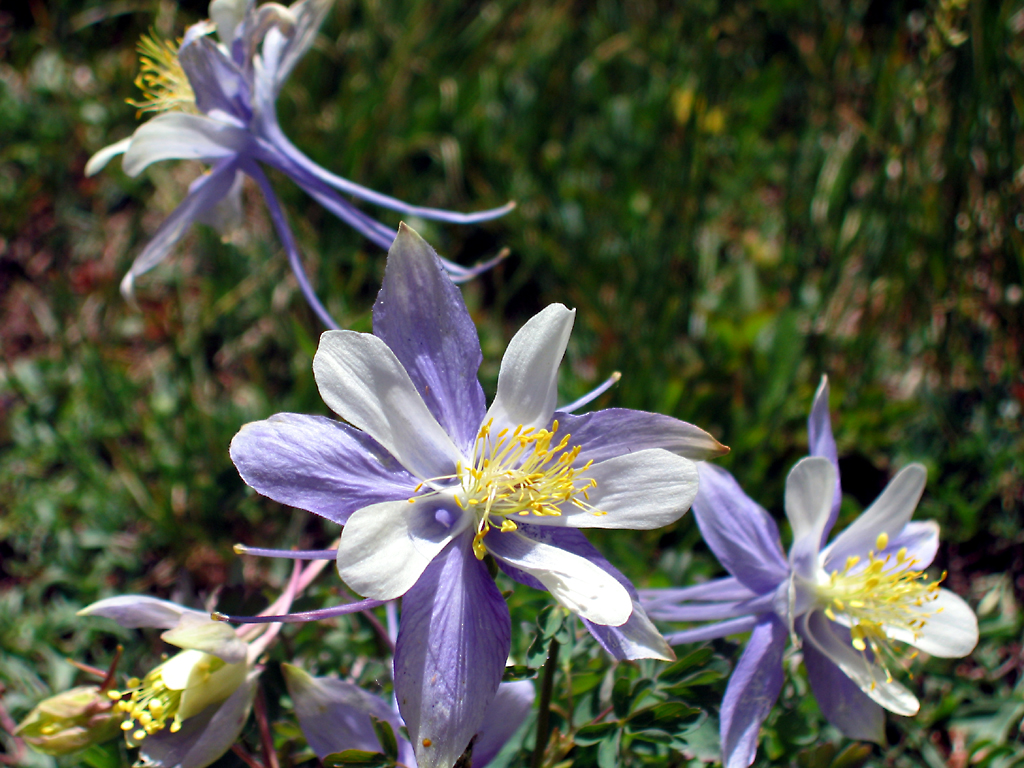 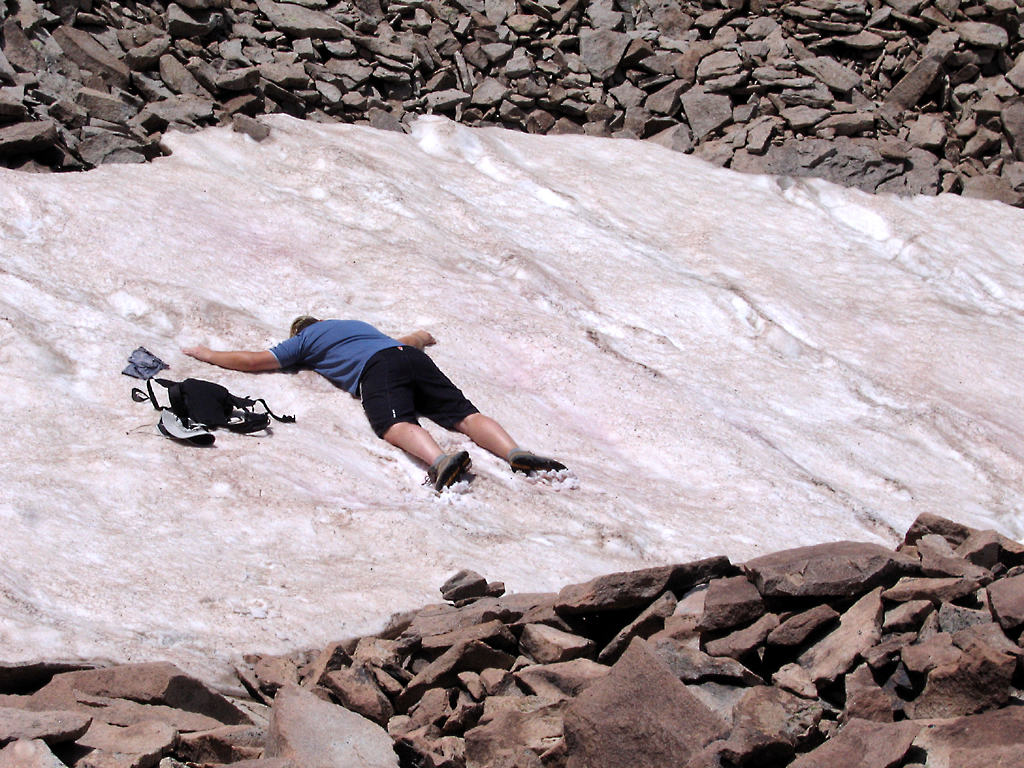 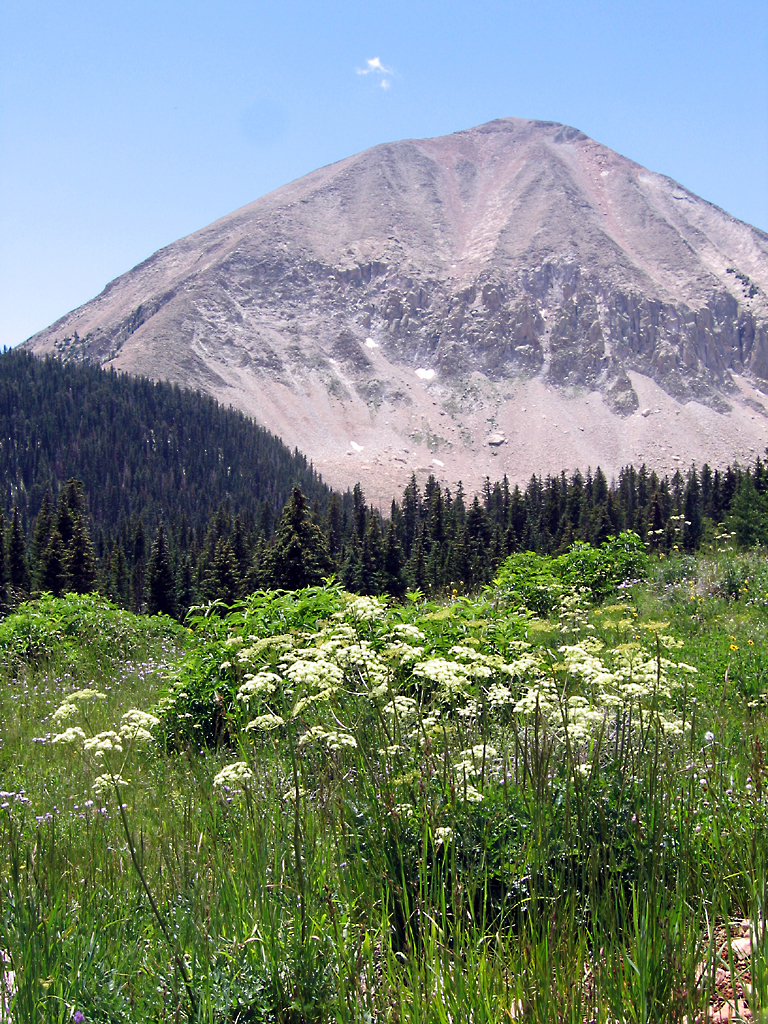 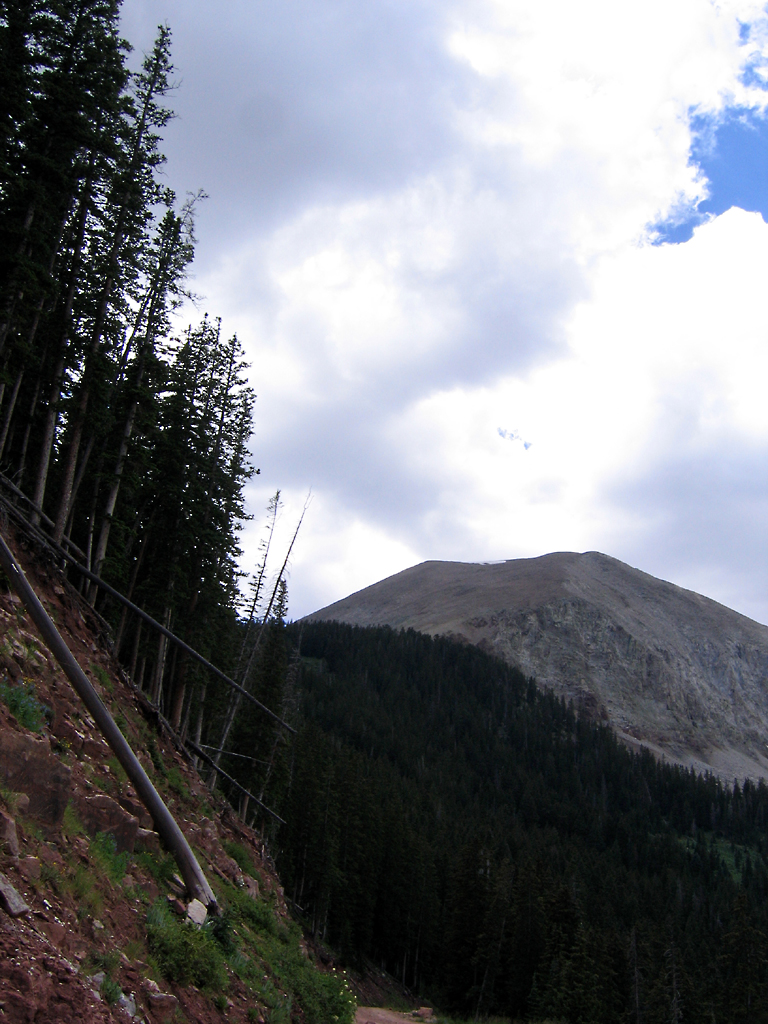 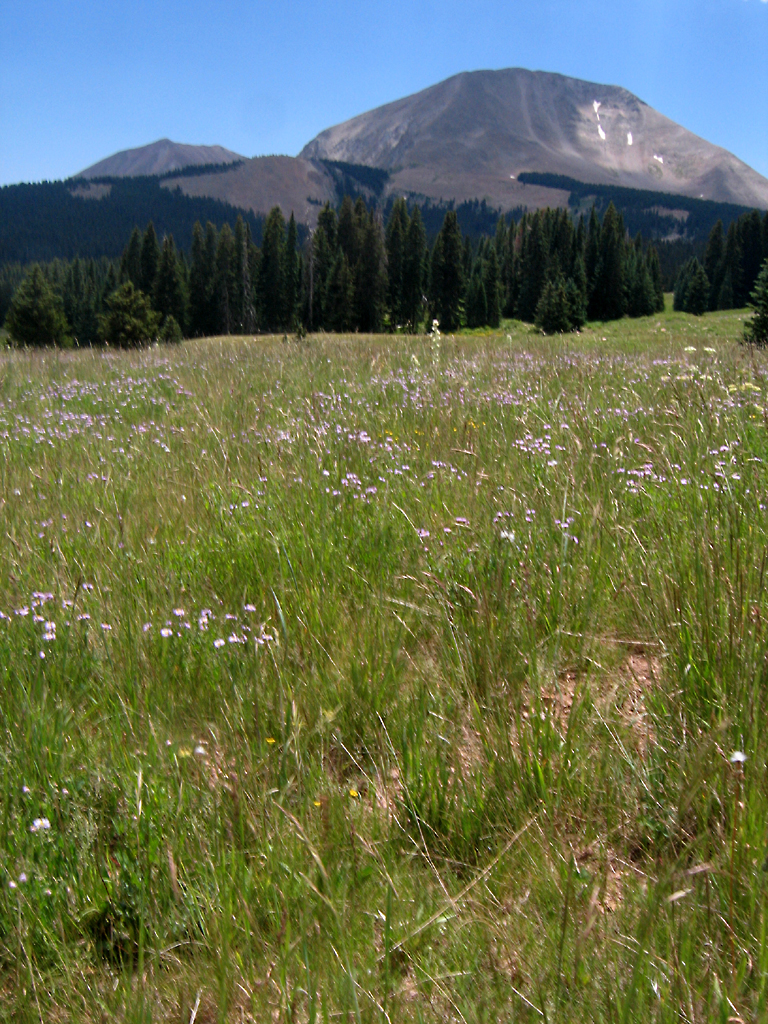 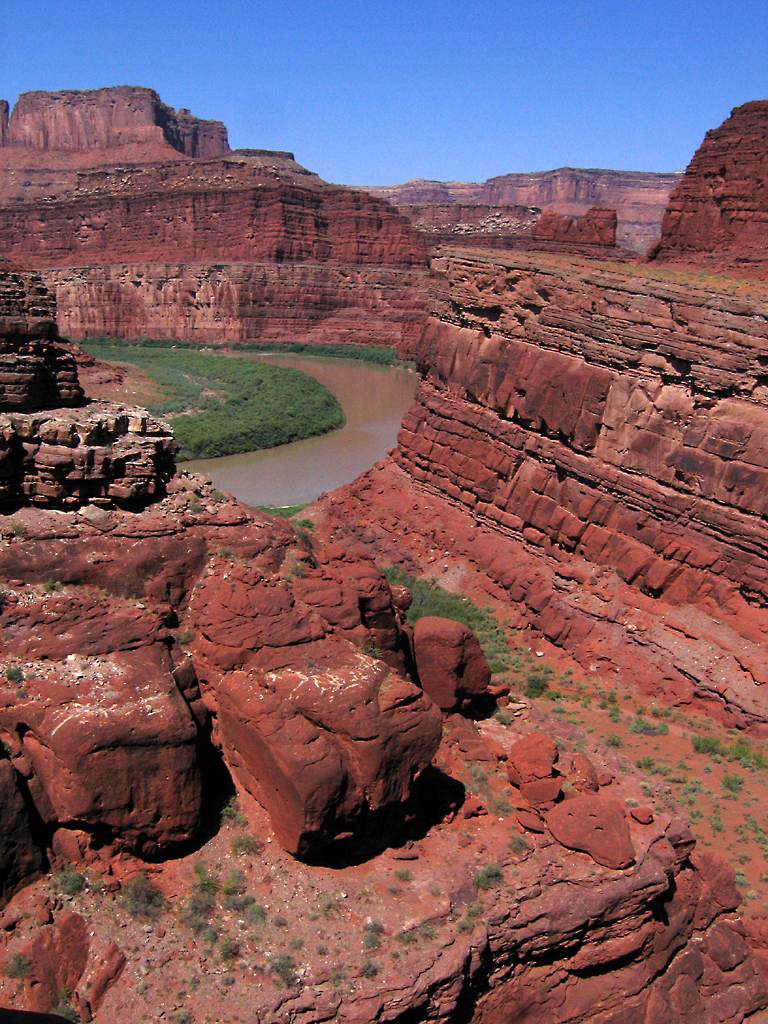 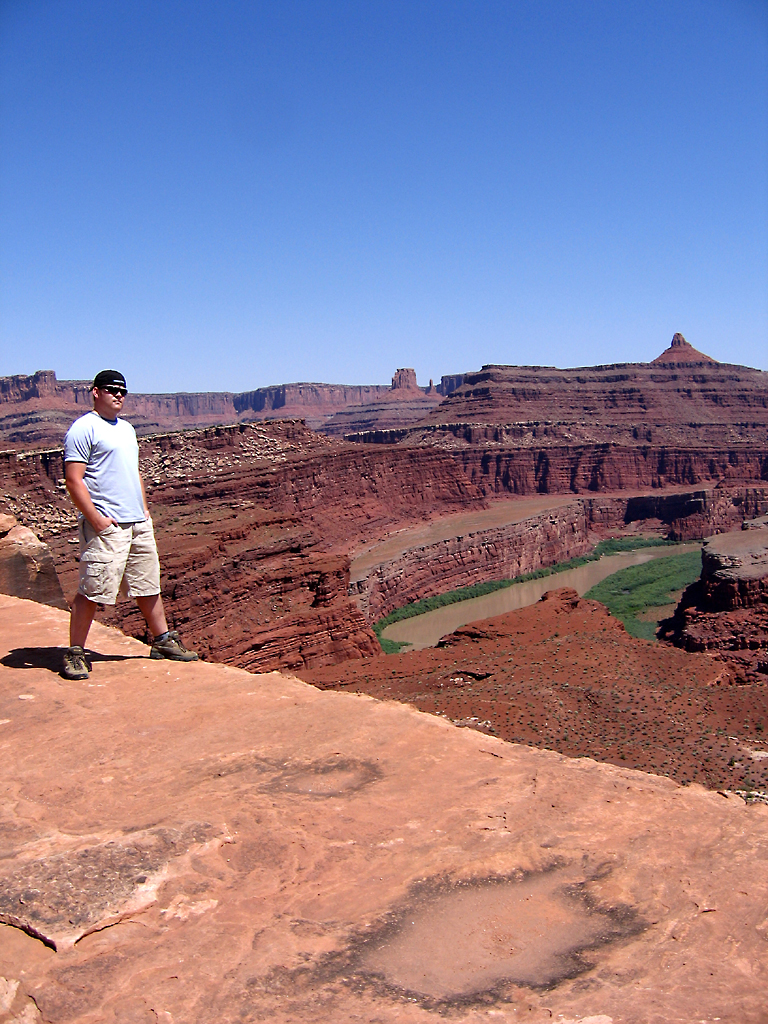 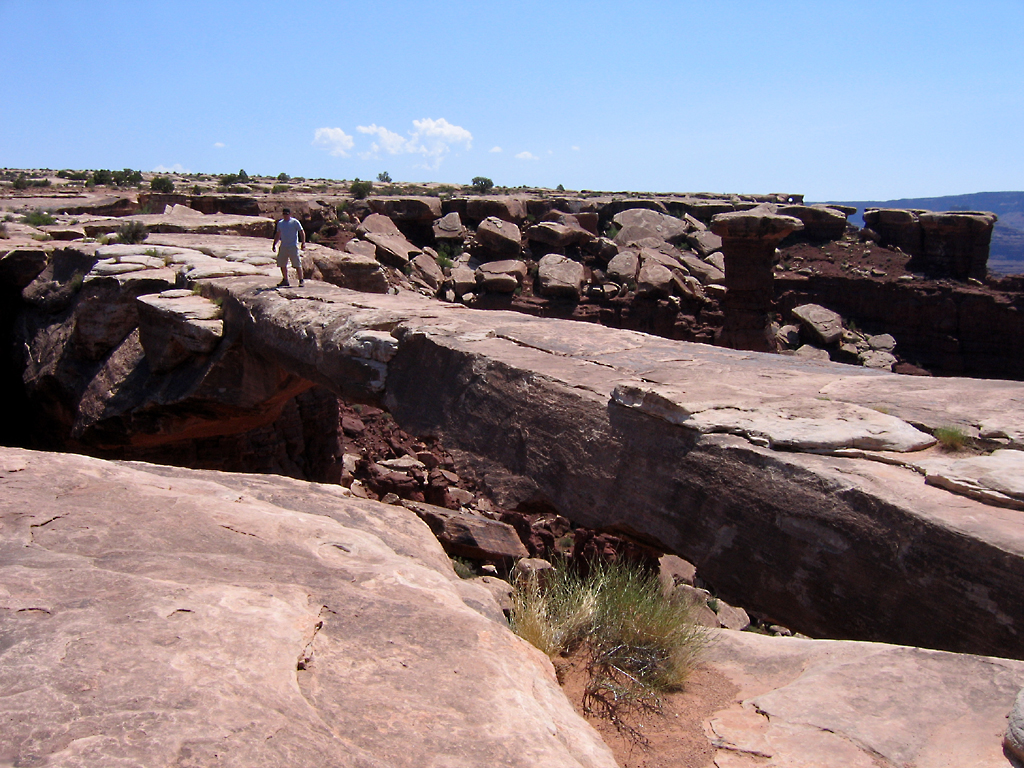 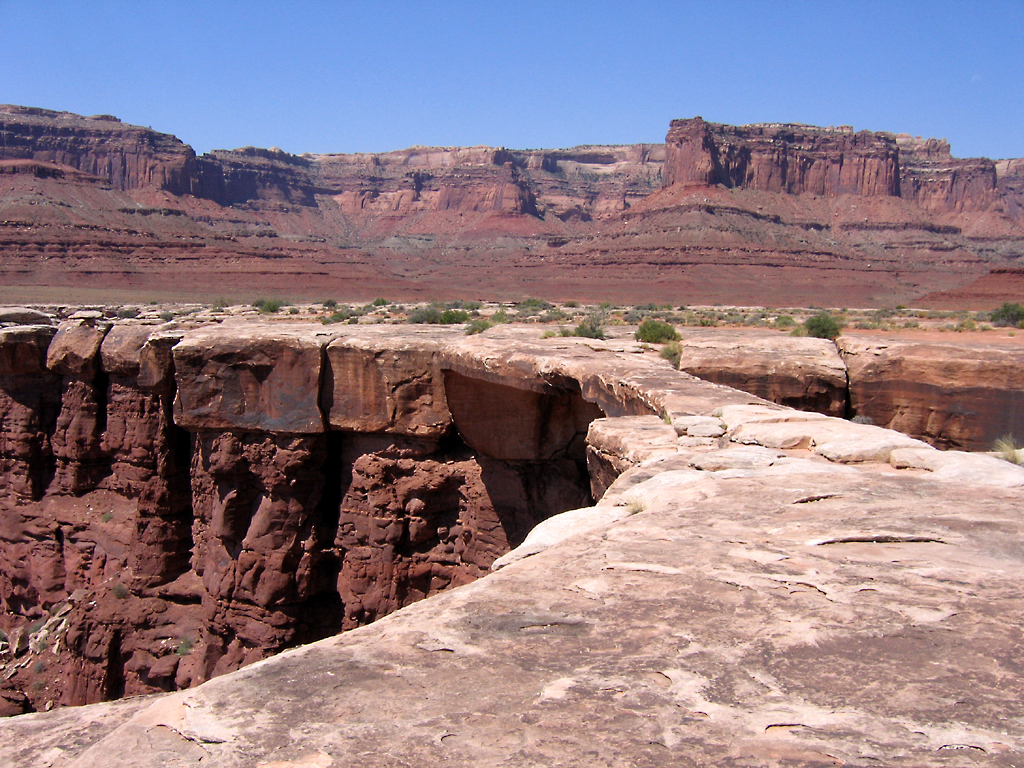 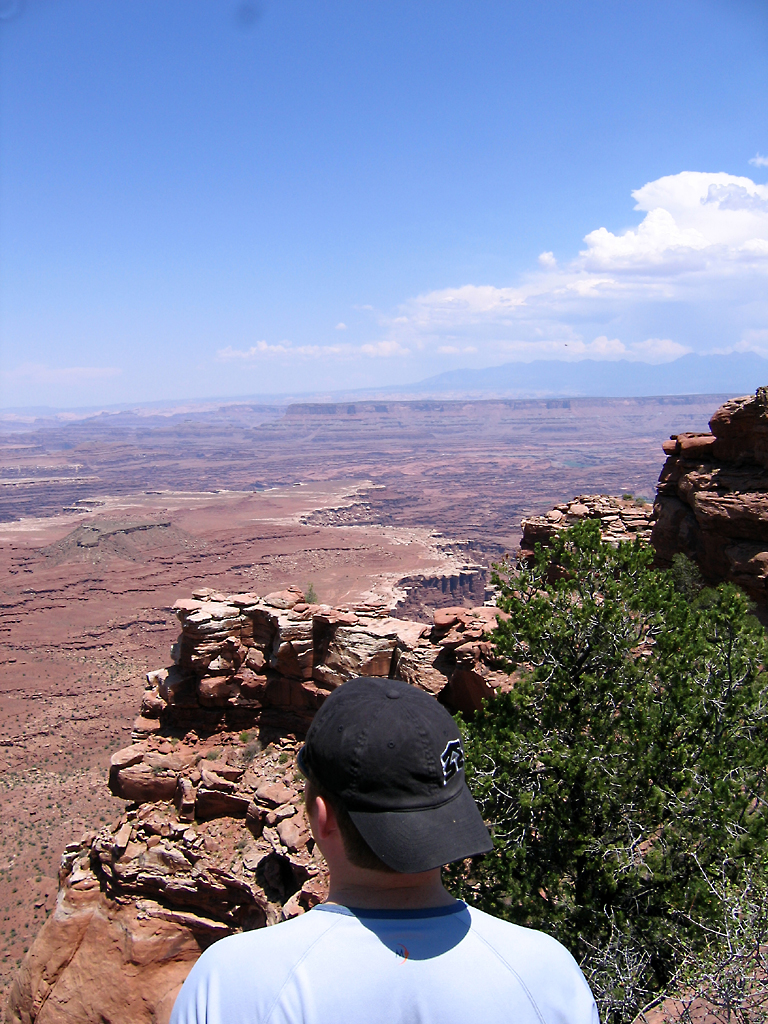 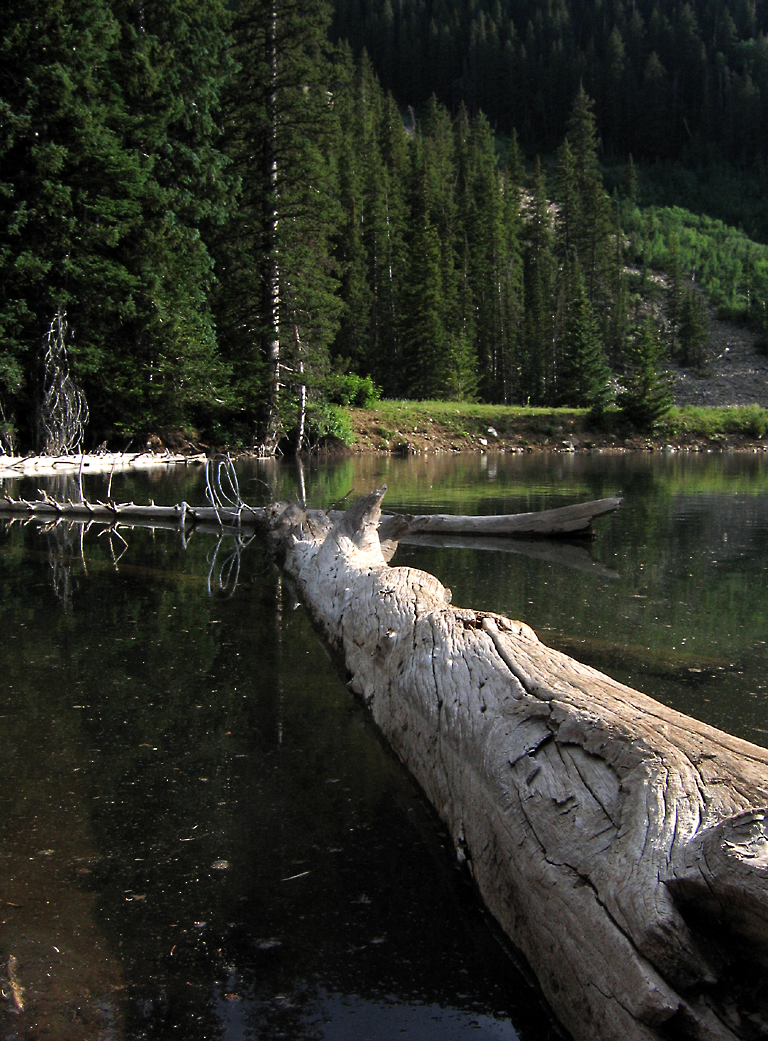 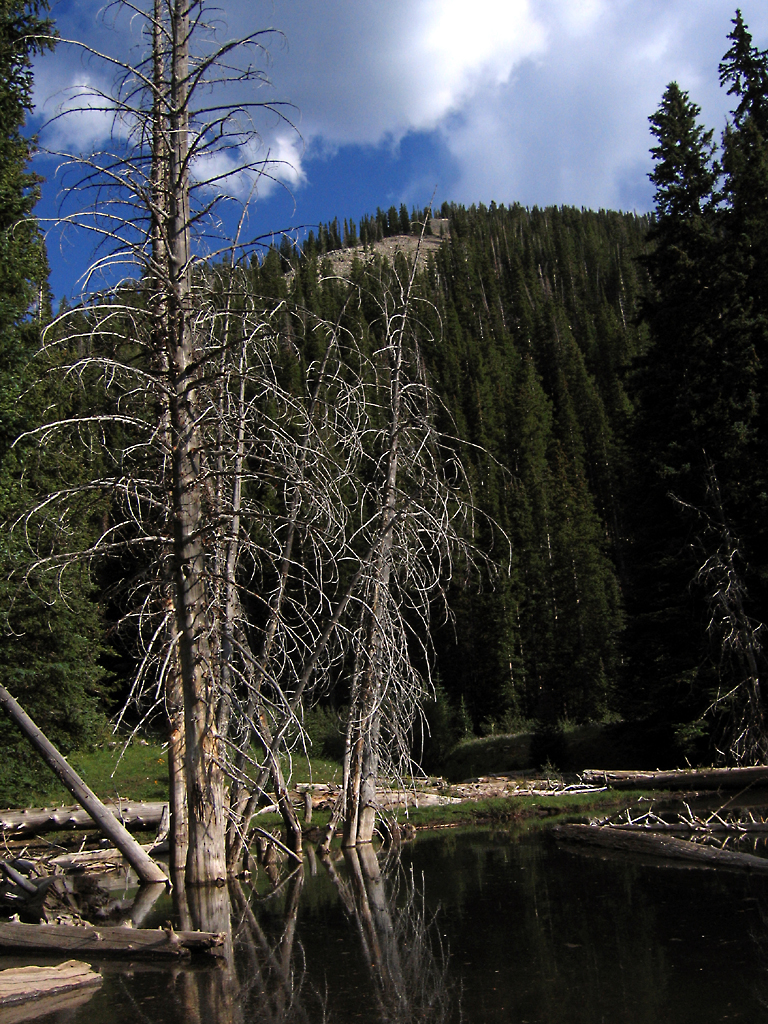 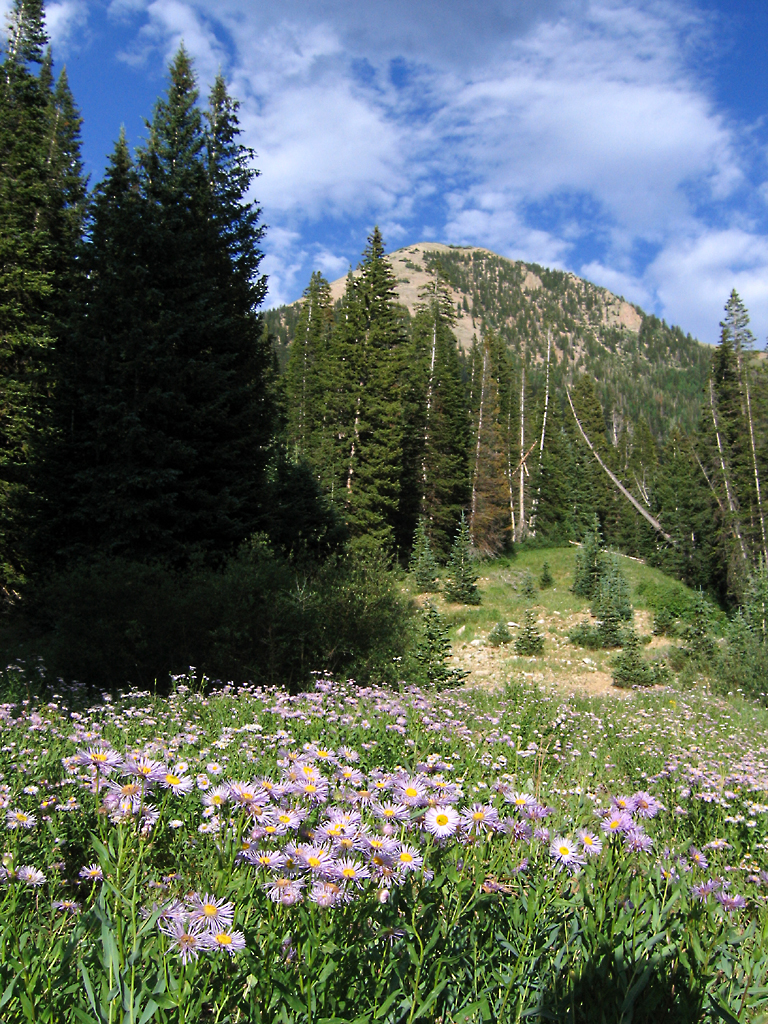 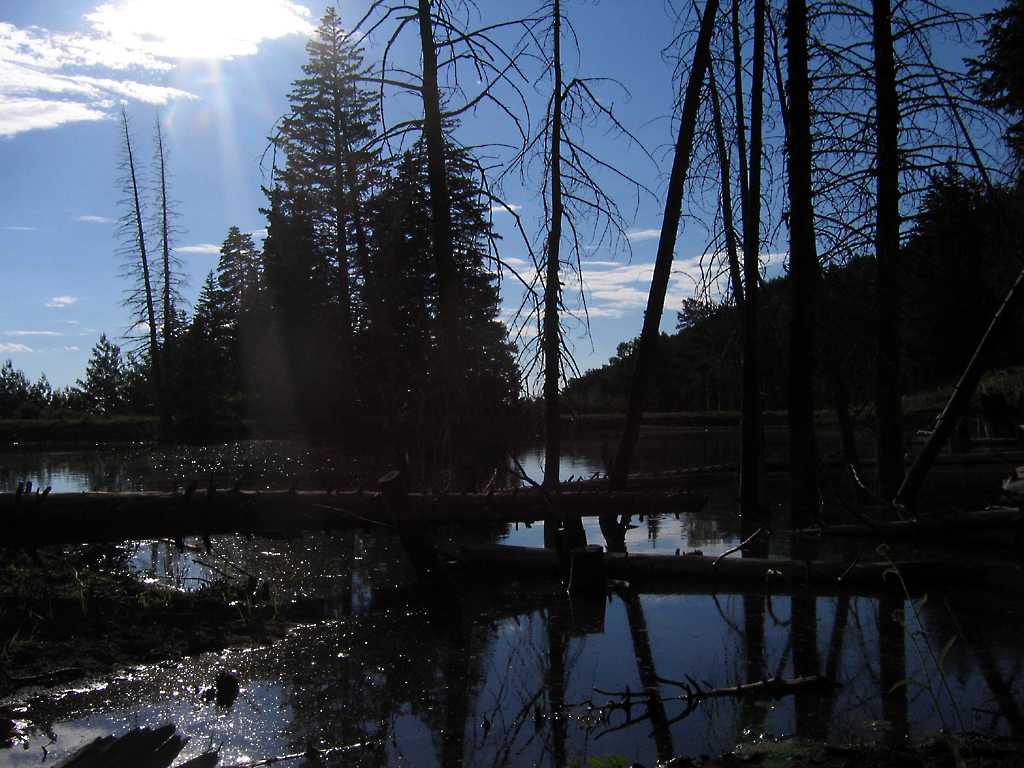 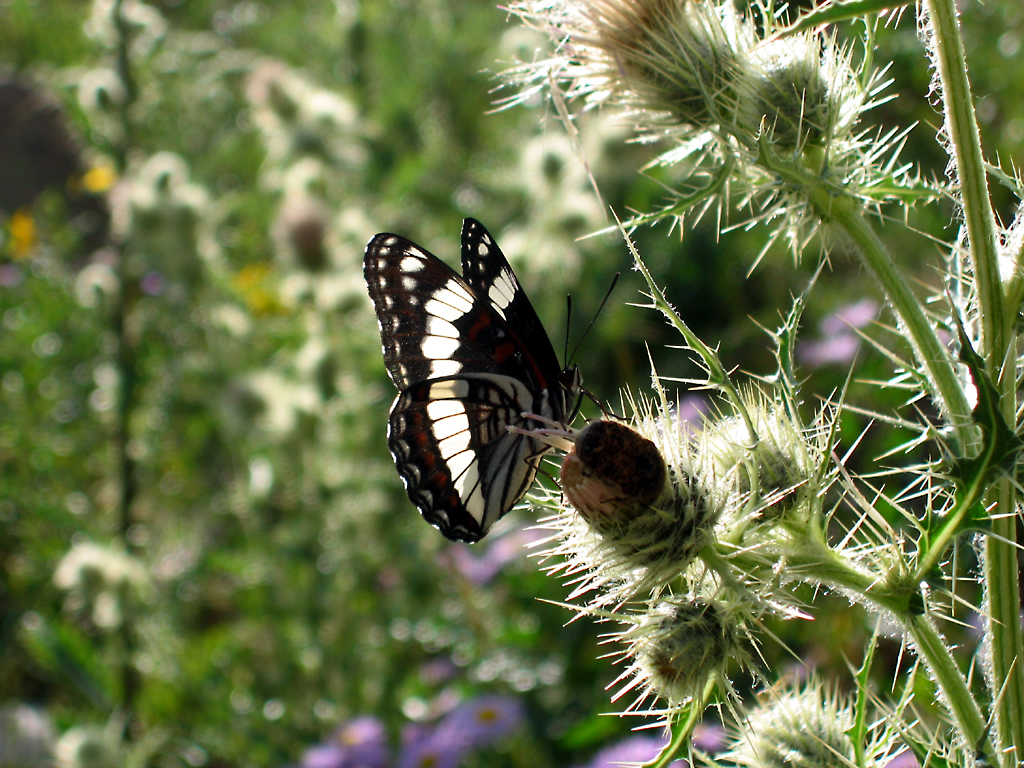 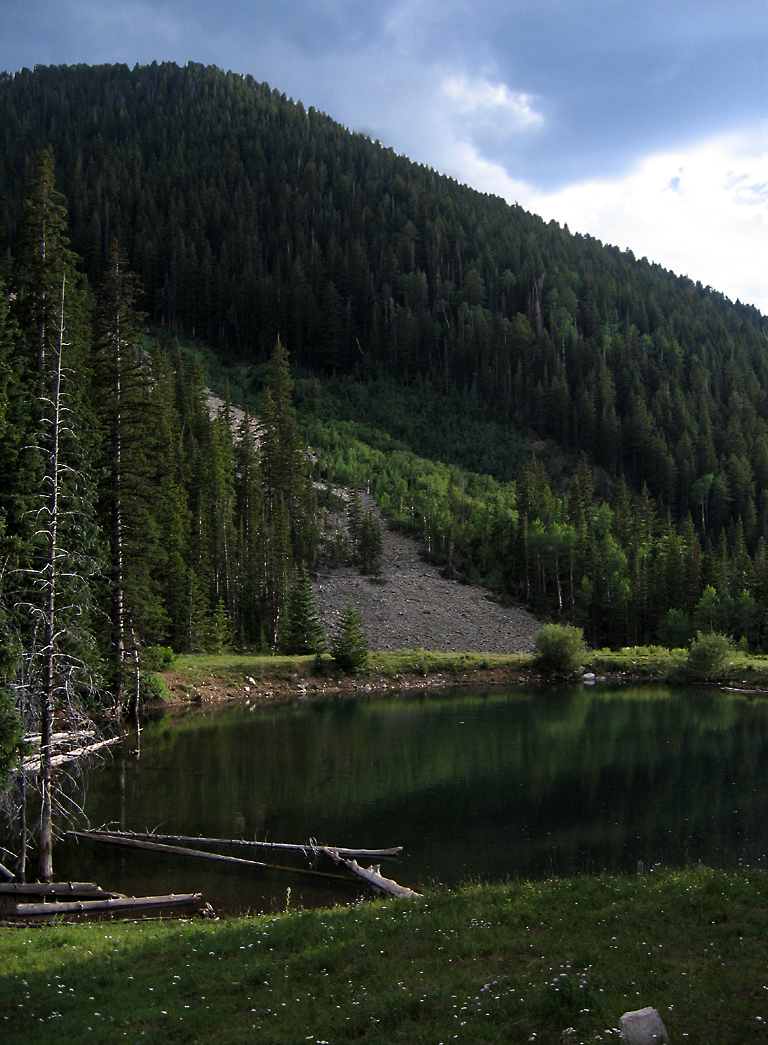 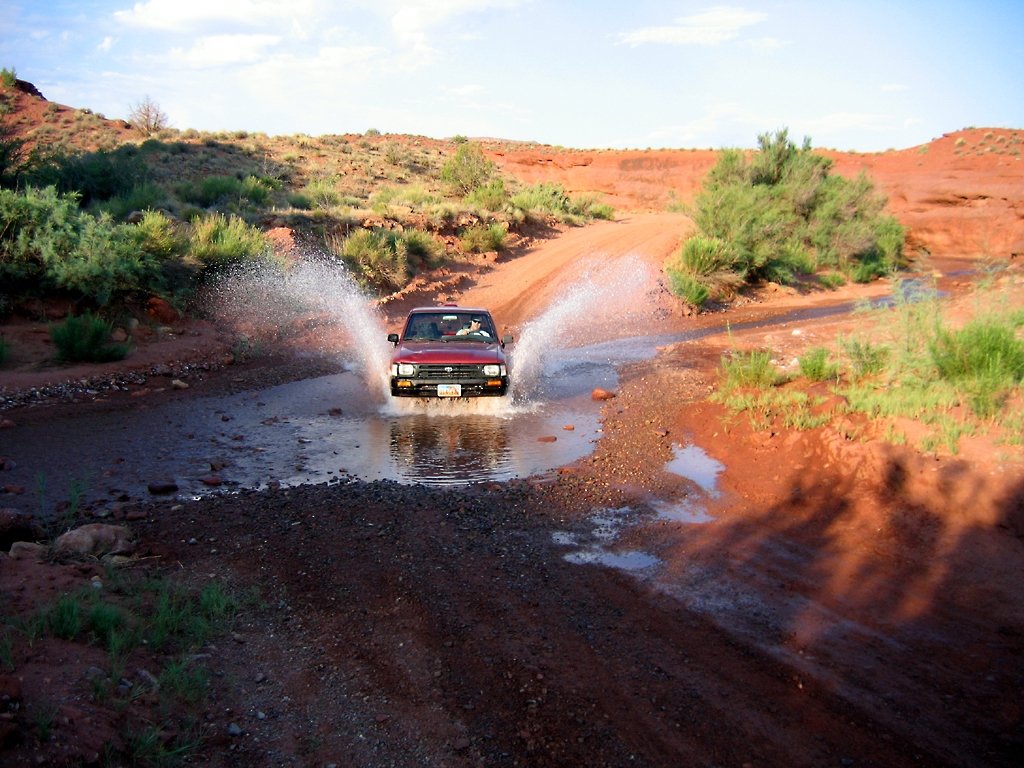 The only reason I’d go to Moab in the middle of July is to climb Mt Waas and Mt Peale, unfortunately neither of those happened. Halfway up a ridiculous route on Peale I started getting dizzy which is really unusual for me even at high elevations, and we were only at 11,500 ft at that point. I continued up another 100 ft or so and only got dizzier, so I made the call to head back (we made it to the red dot in the pic). It was really disappointing cause I’ve never abandoned a summit attempt before, and I’ve wanted to climb those two for at least 10 years now. Going down was just as hard as going up. The terrain was pretty steep and consisted of flat chunks of granite anywhere from the size of a book to the size of a poster, all of it loose, and in never ending abundance. That stuff is difficult to walk on, let alone ascend. I think I’ll try again when I have a couloir of snow to climb up and slide down.

The amount of bugs flying around up there was astonishing. I think all the flies from all of the surrounding lowlands came up into the mountains to cool off like we did, cause they were everywhere, even at the highest point of the trip, well above treeline. So we chose to spend the rest of the time exploring some of the cooler areas of Moab, like the fiery furnace in Arches, NP and the White Rim Trail in Canyonlands. We entered the WRT from Potash. The evaporation ponds are pretty cool, and below them there are some salt stalactites and stalagmites that have formed in one spot. Our final destination on the WRT was Musselman Arch. It was a fun ride out there. On the way back we went up the Shafer Trail Shafer Trail Panoramawhich I had previously mountain biked down, but have never driven in my 2WD Toyota Pickup (which turned 175,000 on this trip). It was a little nerve wracking negotiating a couple of the obstacles on the way up knowing that if I couldn’t get past any one point I’d have to back down what I’d just driven up in reverse and try to turn around with what little wiggle room there is with a pretty good drop on one side. It’s something like 1400 ft down from the highest point. A couple sections were sketchy, but the give it more gas method was a winner.

After that we headed back into the mountains to look for a site to camp, but the bugs were too bad so we just explored. I wanted to check out Miner’s Basin so we headed up forest road 65 which one book describes as a really rough road, while another more accurately describes it as saying that while a 4WD vehicle isn’t necessary, high clearance and solid obstacle negotiating skills are required. It wasn’t all that bad, but high clearance is definitely a must. The lake up top is nice, but again, the bugs were too much. We headed down to Onion Creek to camp. It was warm, but the lack of bugs made it tolerable.