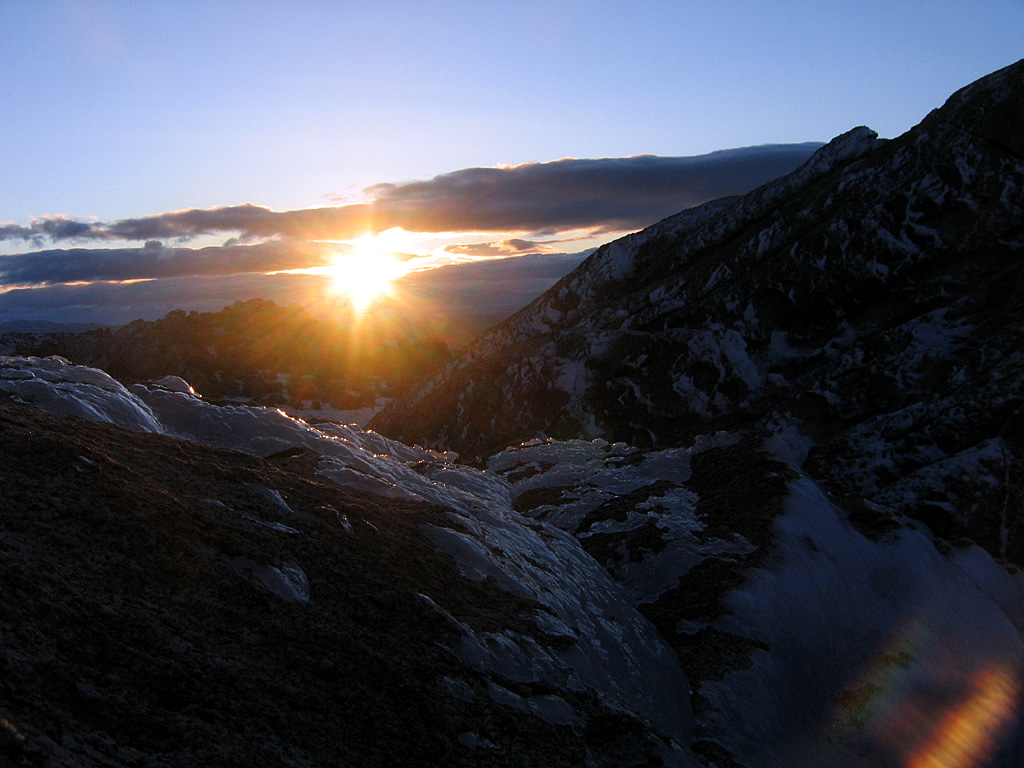 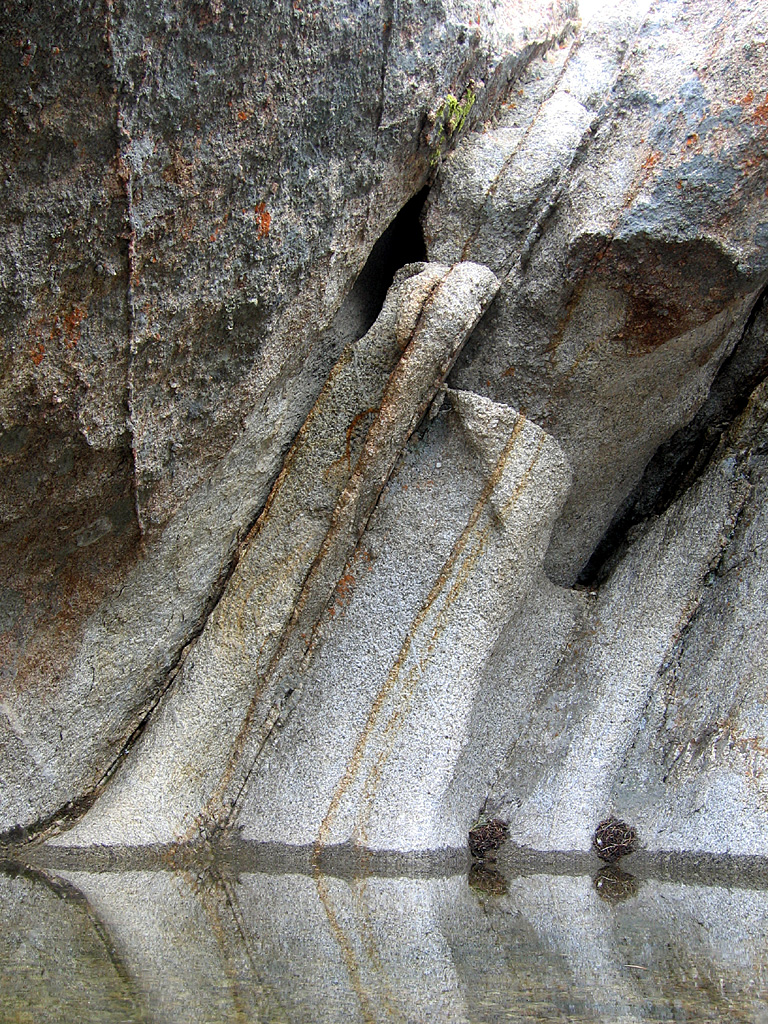 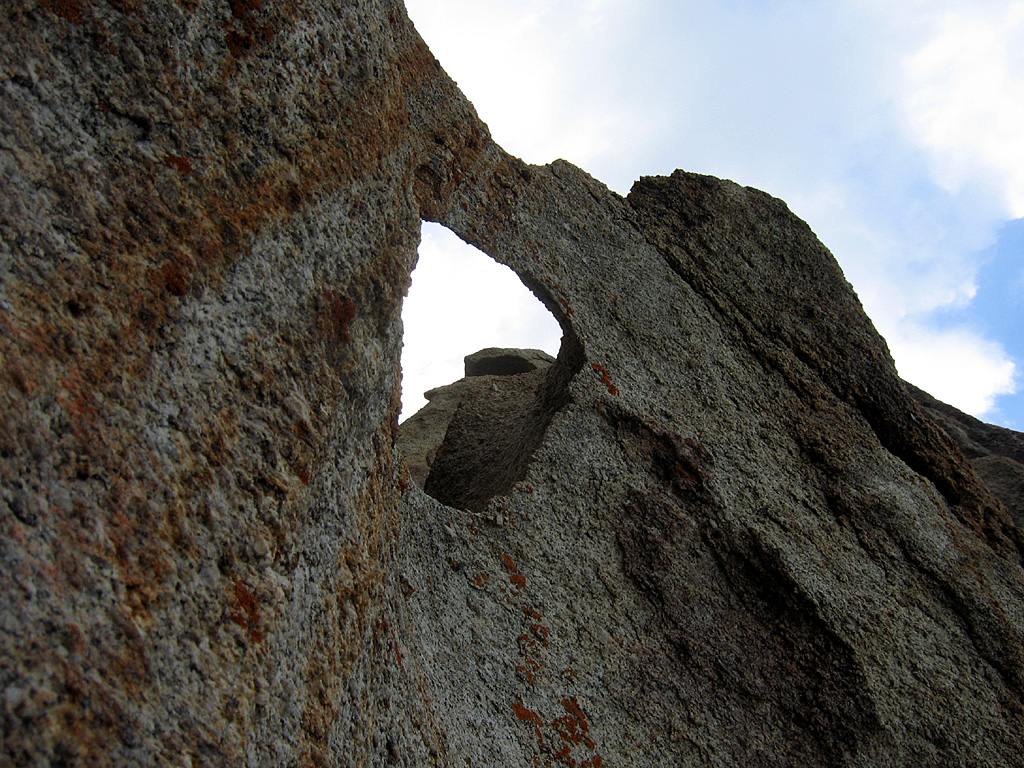 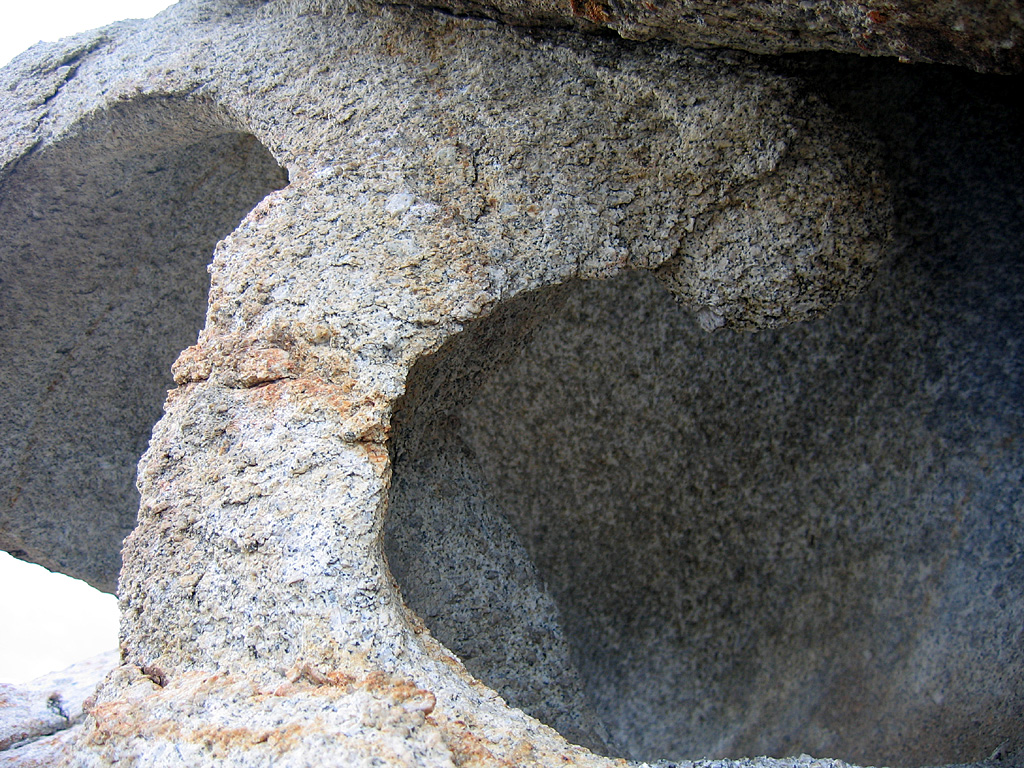 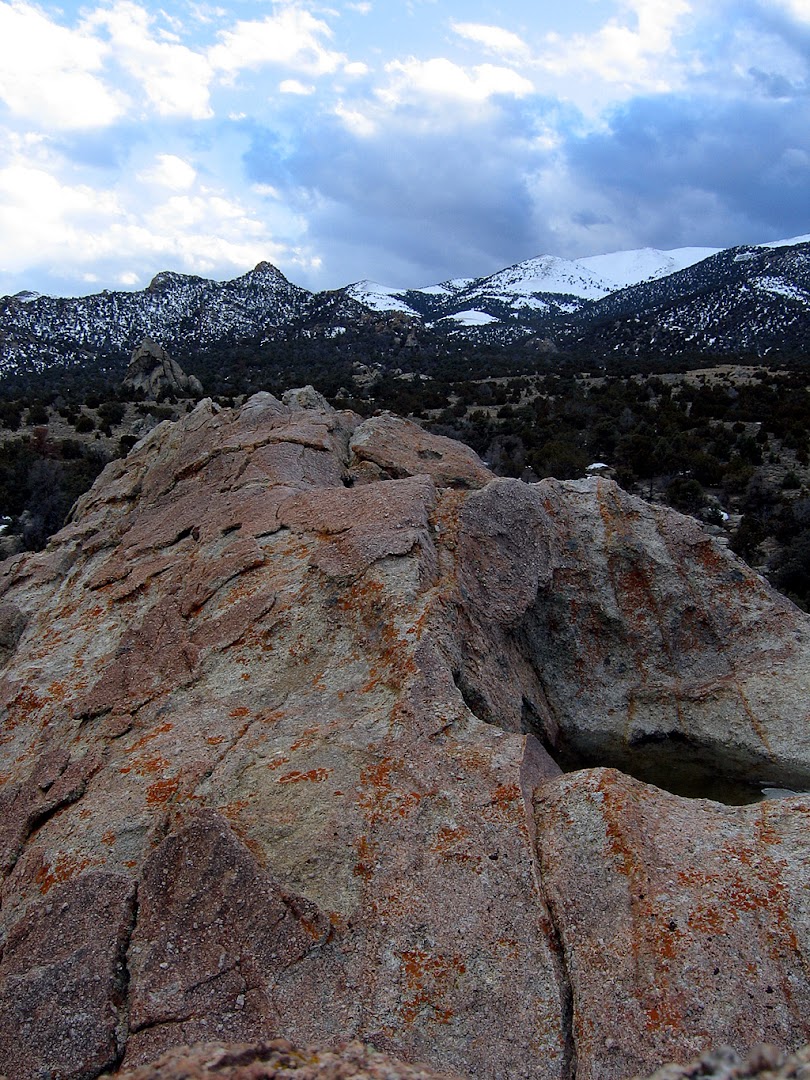 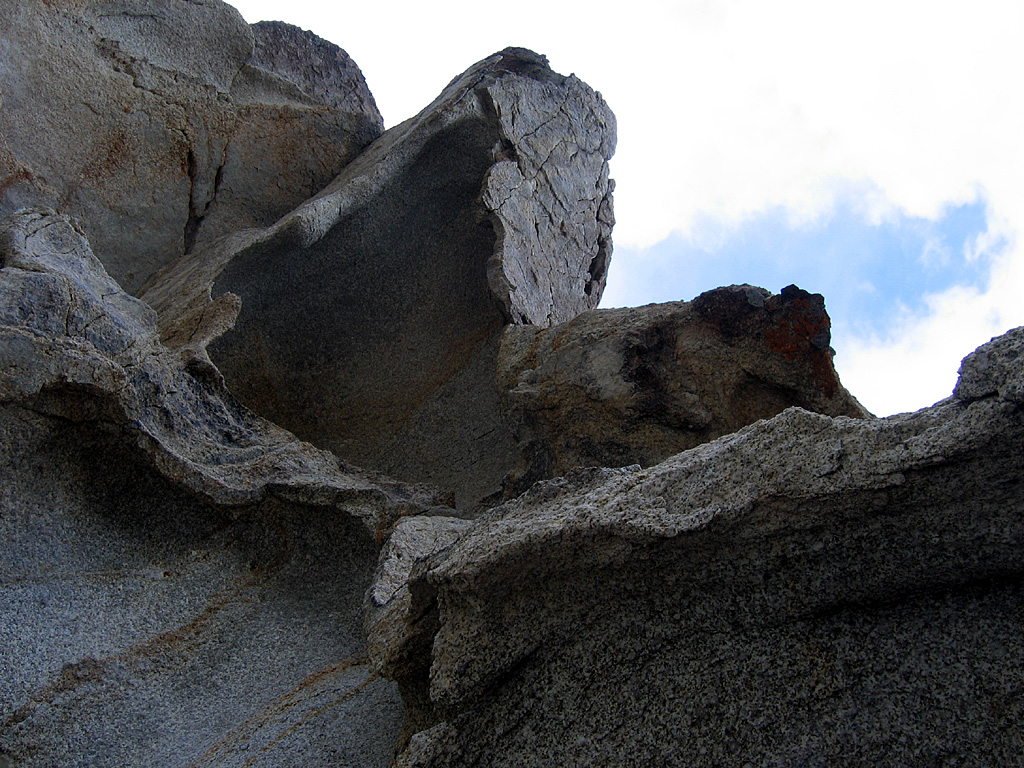 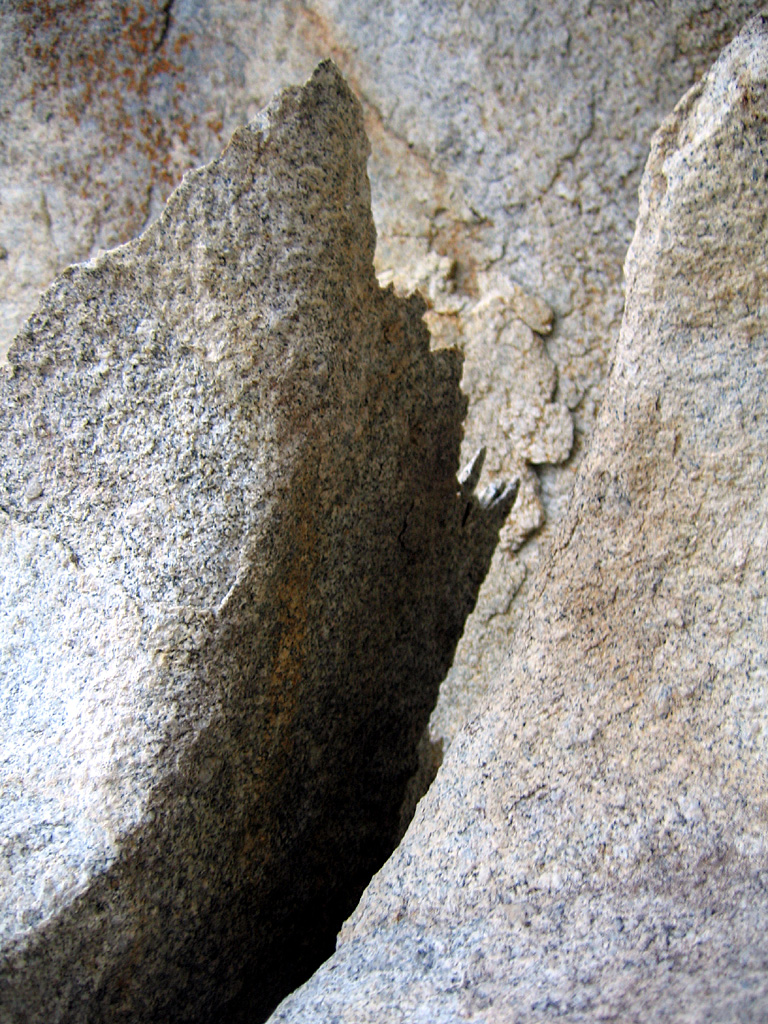 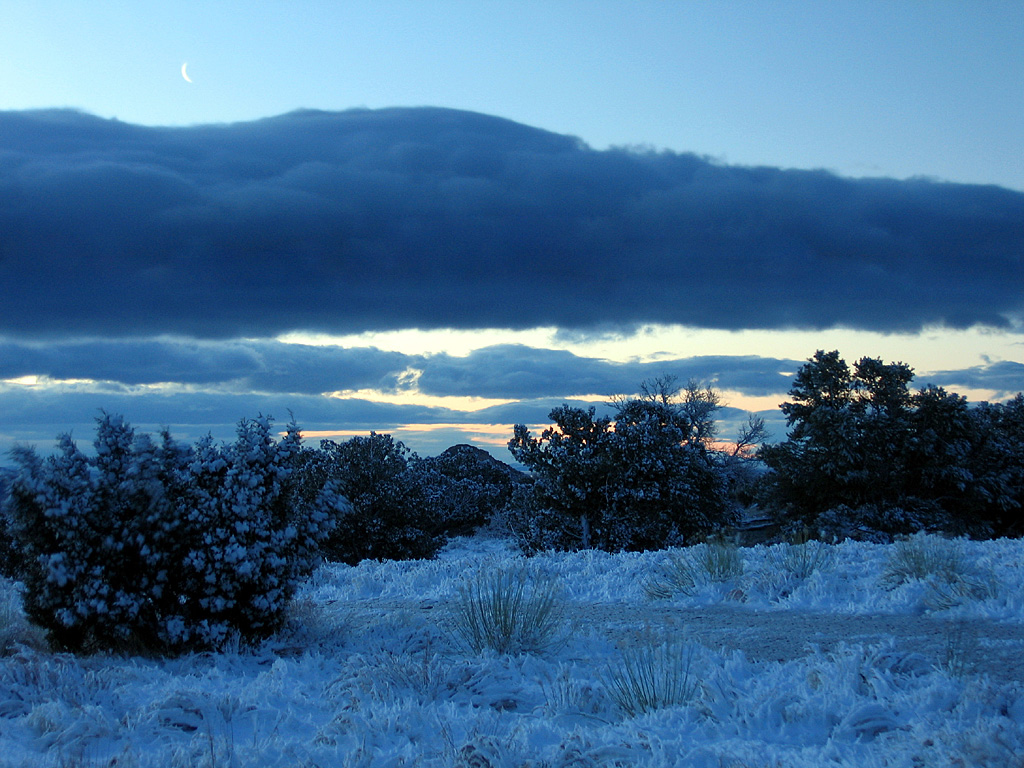 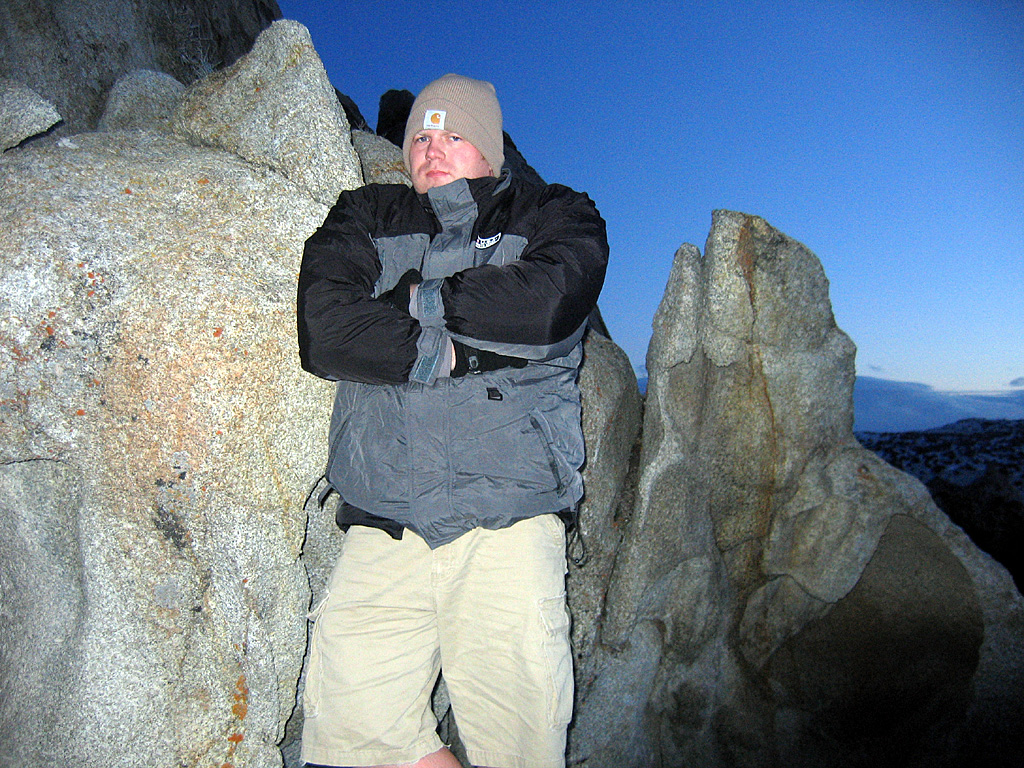 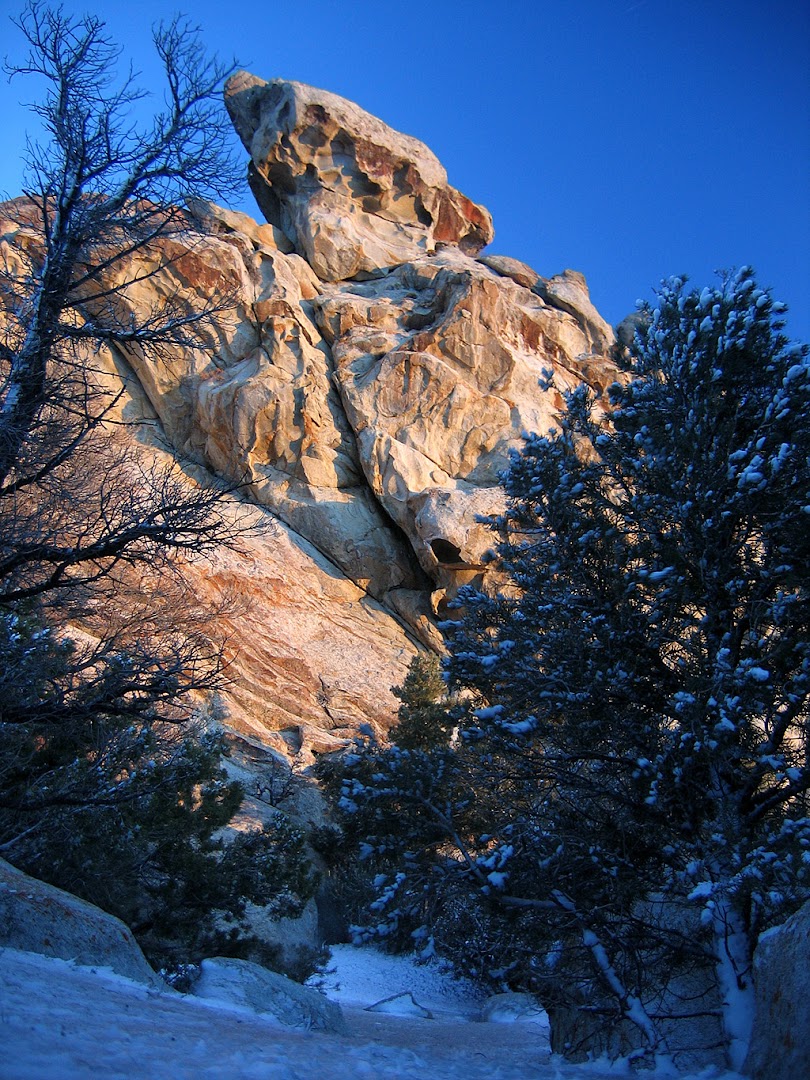 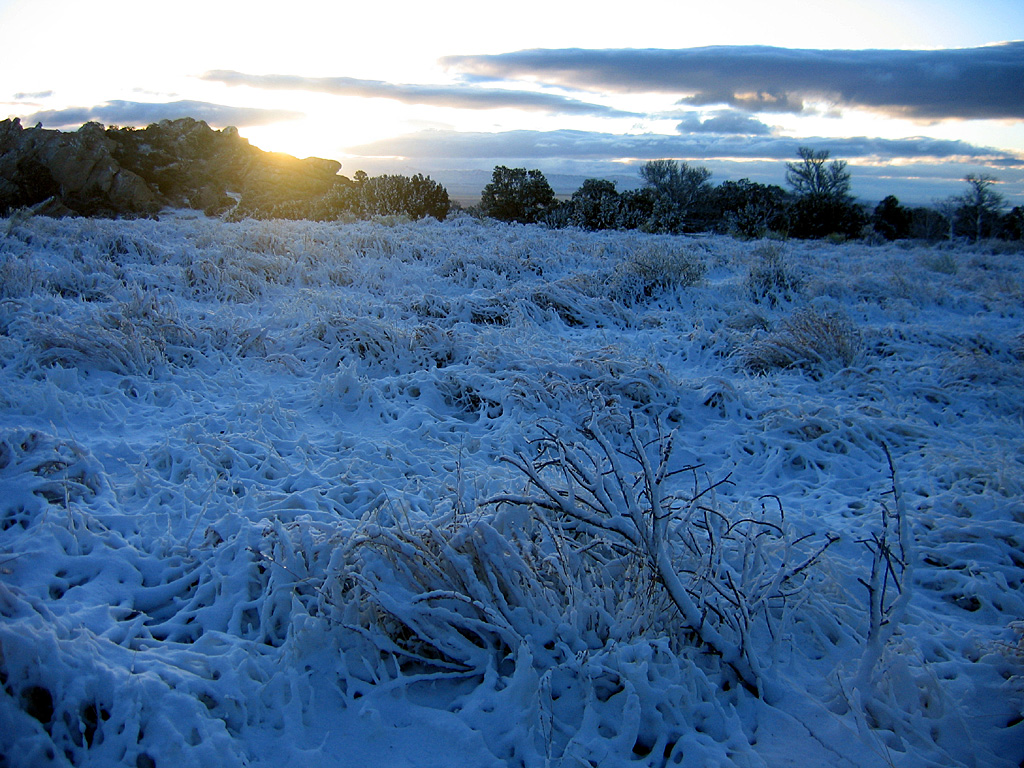 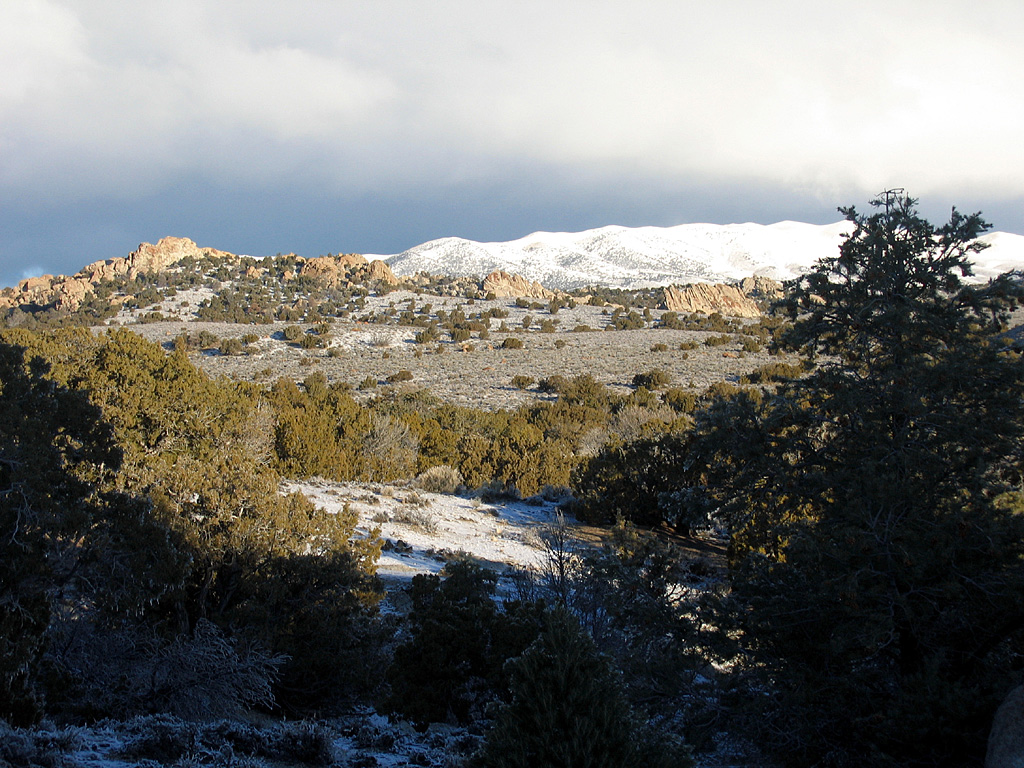 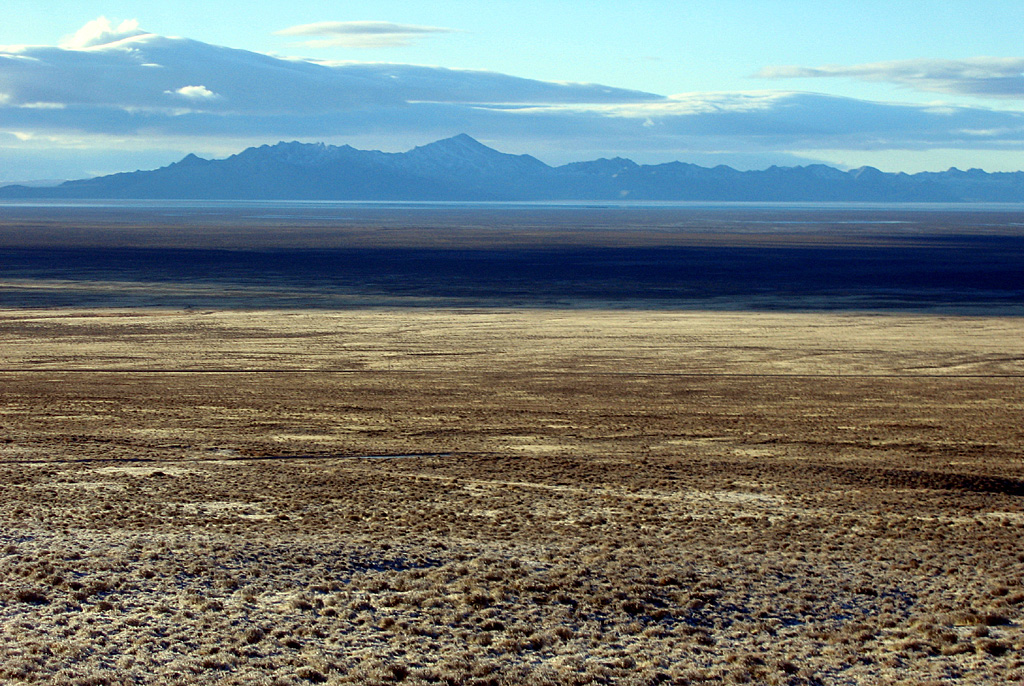 Needing a break and some solitude I headed back out to the West Desert to a great little camping spot. Weather was in the 60’s, blue skies, forecast said there would be a little wind, and possibly some snow in the morning. Looking at the weather satellite images it looked like the storm would miss my camp by a ways so I wasn’t worried. I tried a new way to get to my camping spot in the Devil’s Playground. I took Immigrant Rd at mile marker 33 (on highway 30) down to the turn off. I think entering from mile 33 or 24 is about the same driving time. So no matter. The night was going great, but then there were a couple drops, then it stopped. I decided to move into the tent anyway. 30 minutes later it started drizzling, but nothing bad. Then the wind picked up. My camp was in a little alcove of rocks so I was sheltered for the most part from the wind in the direction it was blowing, then it changed direction and things went downhill. The rain was horizontal. I reinforced my tent by putting a couple more stakes in at different angles and using some guy lines to tie it down. But it was no use. The wind gusts were just too much. In a brazen move I packed everything into my pillowcase, loosely rolled up my bag and darted to my truck with them so they wouldn’t get wet. By now the rain had turned to horizontal freezing rain. I dropped the tent poles and collapsed it sideways and stuffed it under my pickup bed cover and turned in for the night. It got cold, and the wind never stopped. The condensation on the inside of my windows froze and just built up thicker and thicker as the night wore on. My back window was caked with 1/2″ of ice, and every couple minutes there would be a thud as a chunk of ice that had built up on a tree landed on my roof. I had planned on spending 2 nights, but my tent was a frozen brick that would probably take 4-5 hours to thaw out, and then it wouldn’t dry enough to be usable, and I didn’t know if any other fun weather would be coming my way, so after some pics in the morning I took off. I only had trouble in one spot on the way out, it’s a steep 15 foot climb followed by a steep 25 foot climb. I made it to the top of the first fairly well, just spinning out a bit towards the top, had a little trouble getting up enough speed to make the 25 footer, and lost it right at the top. It took about 6 tries, but I managed to get up the rest of the way without having to back down and charge it again. The wind coming back was insane. There was a stretch of highway where the tumbleweeds were dancing across the road by the hundreds, just floating over the barbed wire fences on both sides. It was a sight to see. Curious to find out just how fast the wind was gusting I looked up the weather station that’s just outside the Devil’s Playground area and it said 81 MPH top gust. Wow. I believe it though. It was insane.