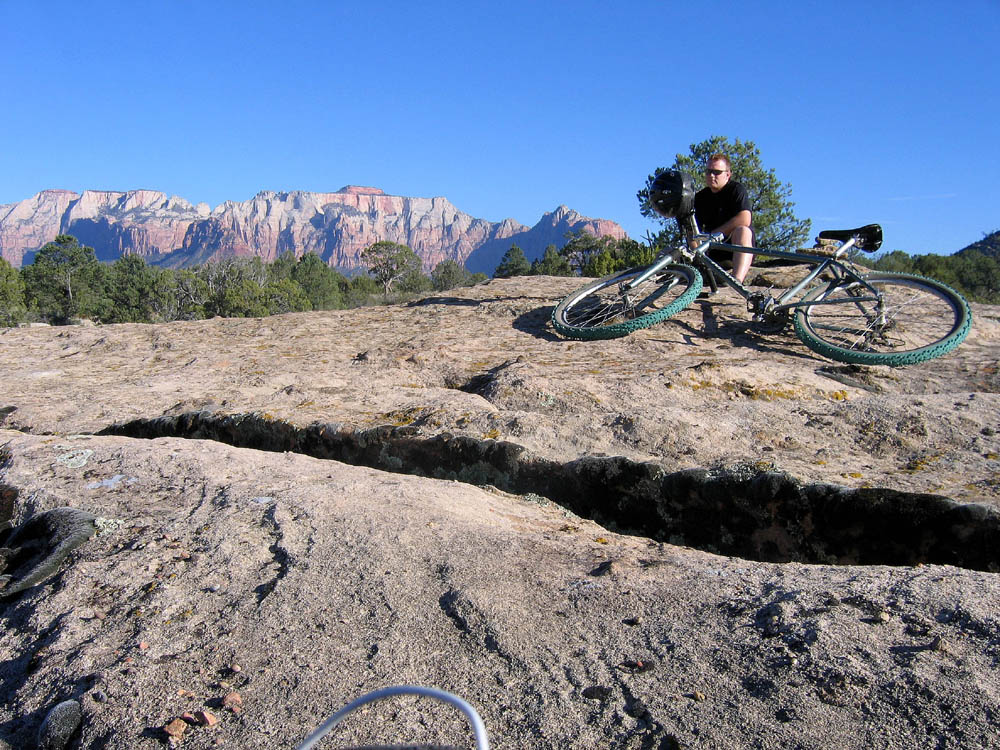 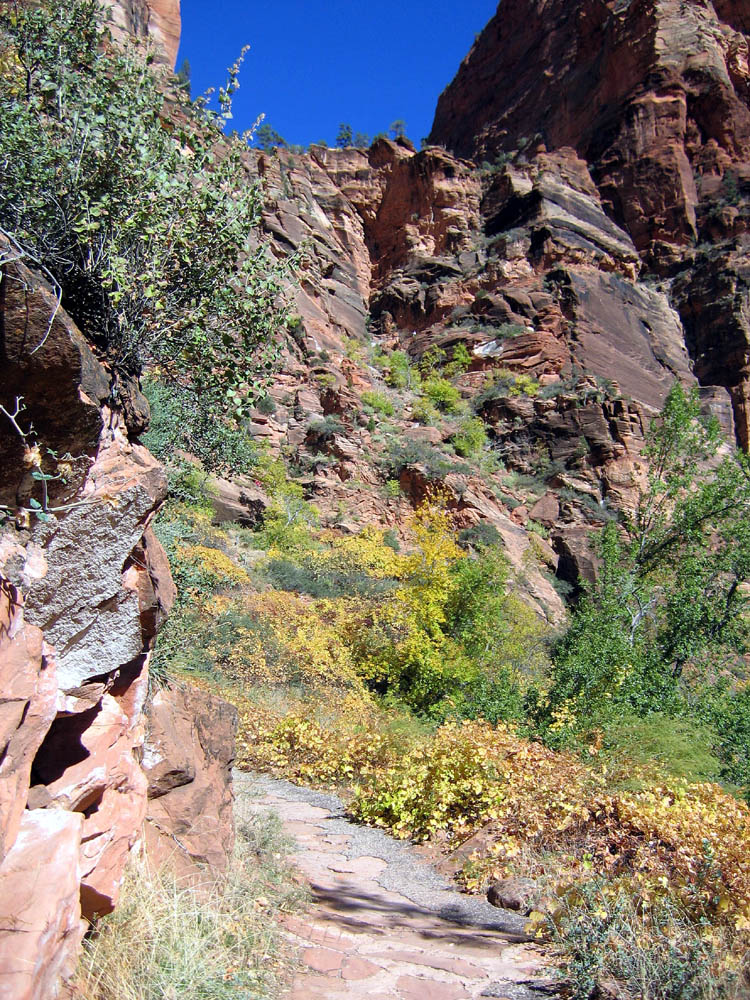 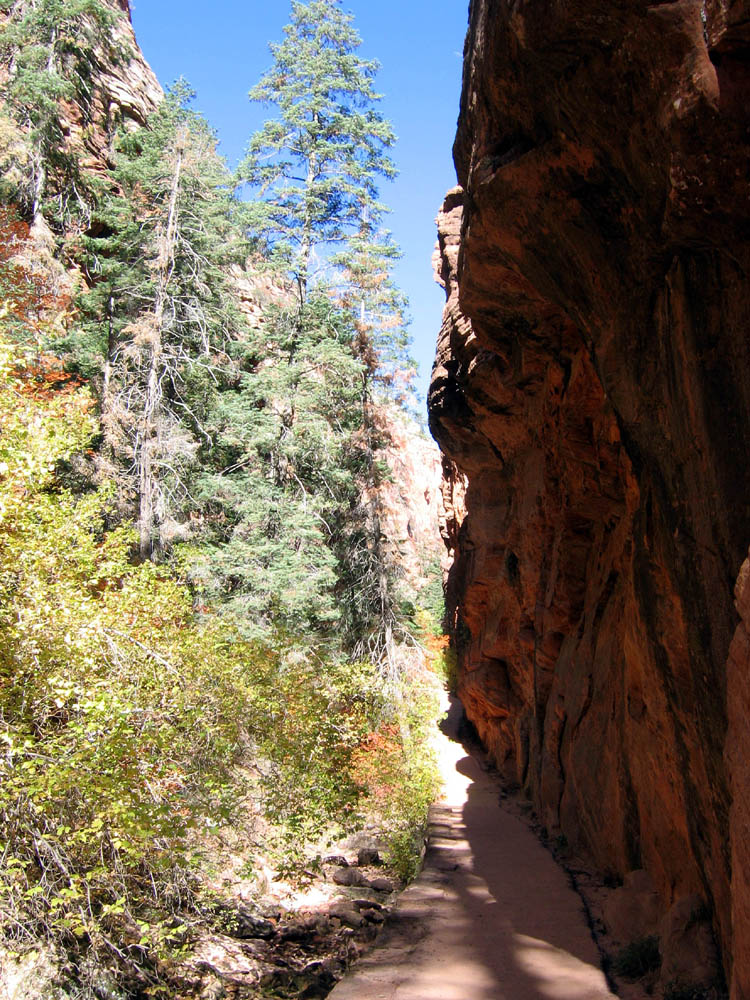 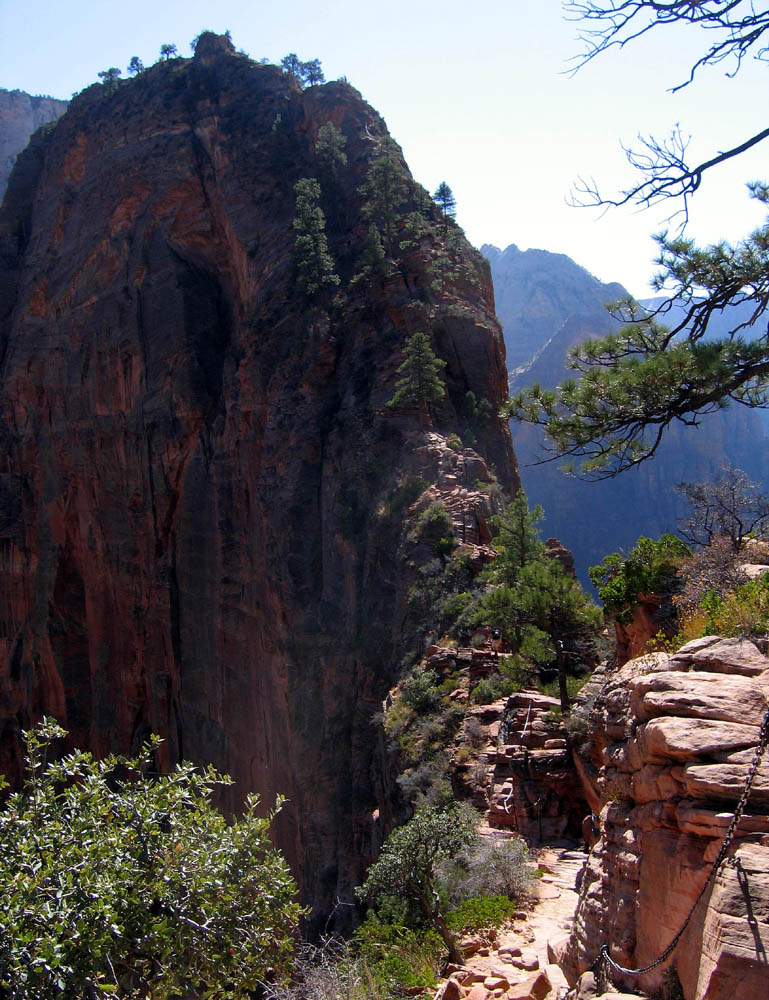 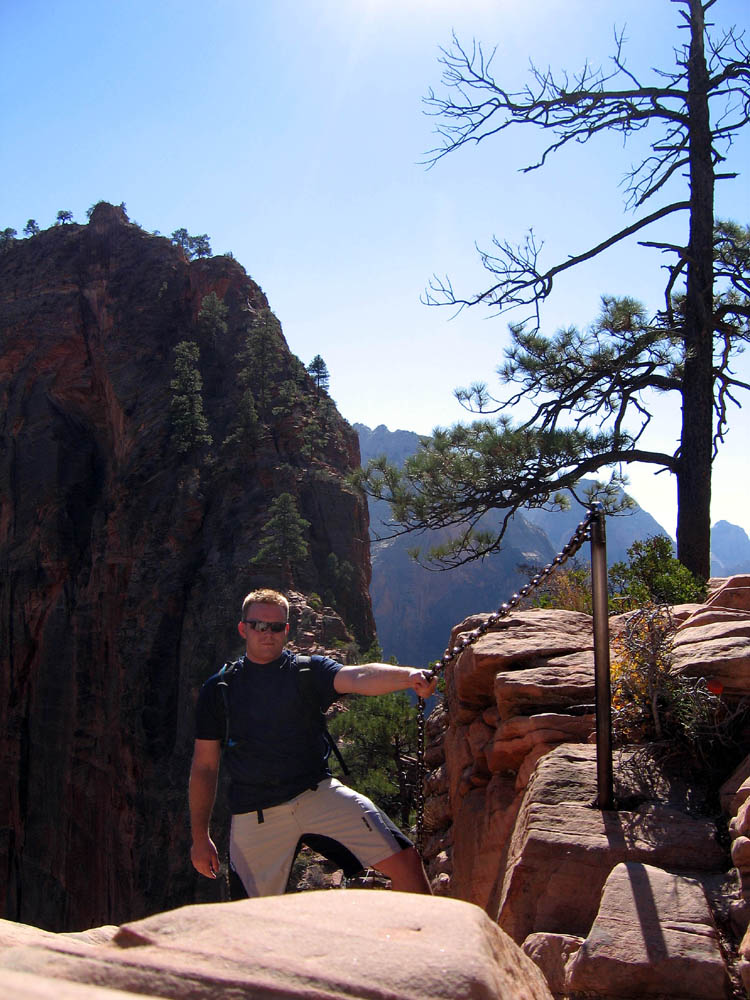 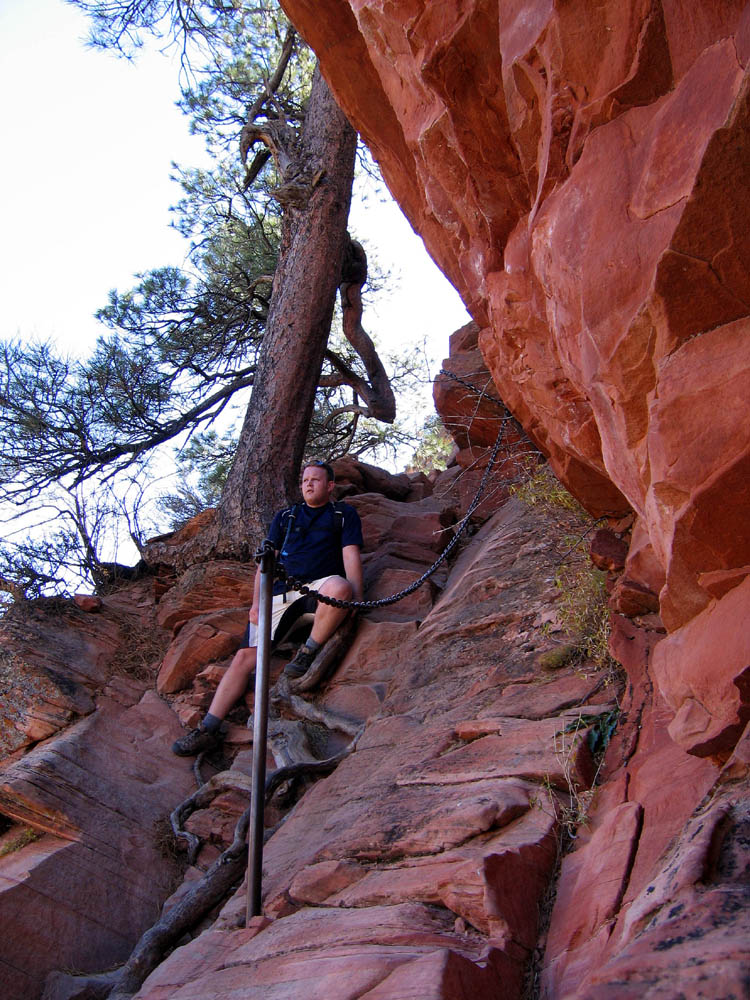 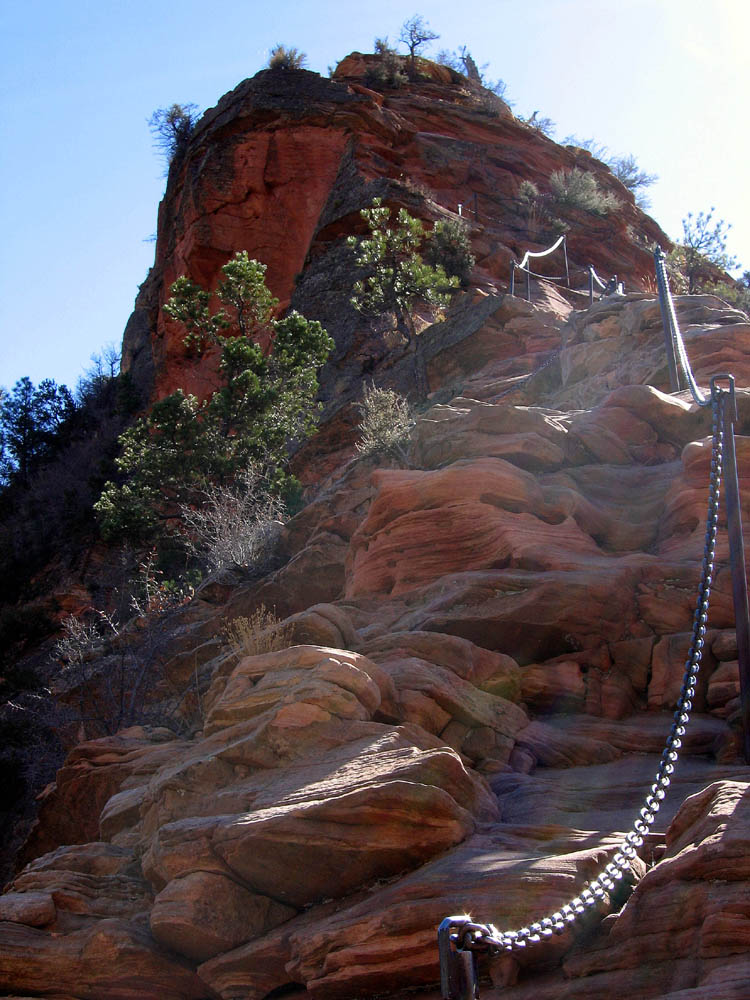 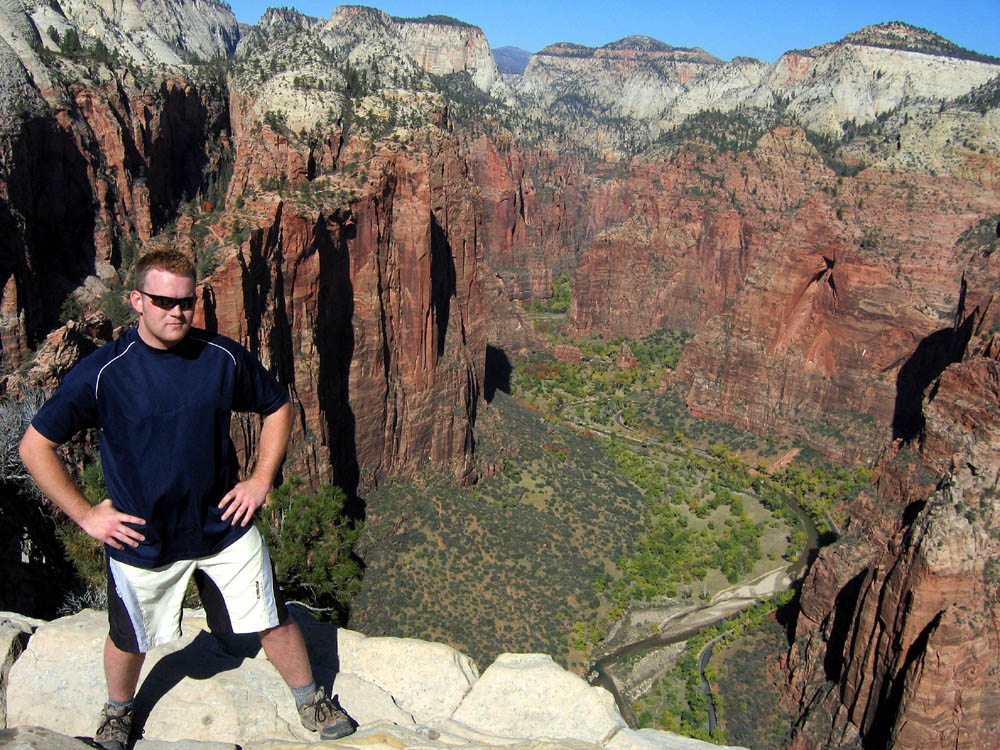 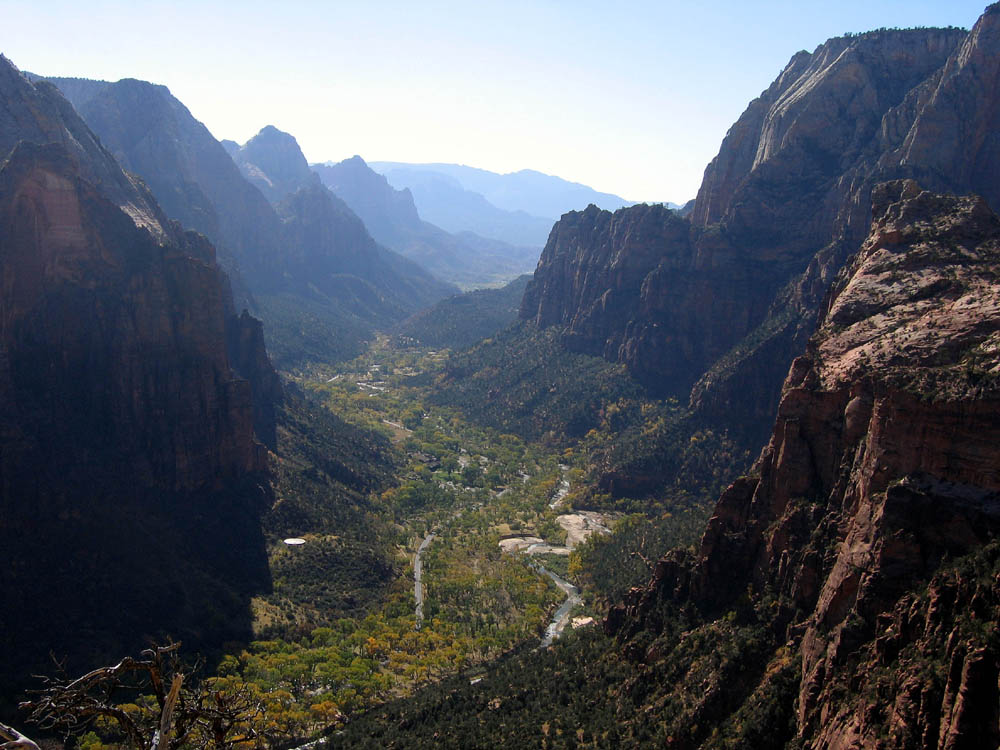 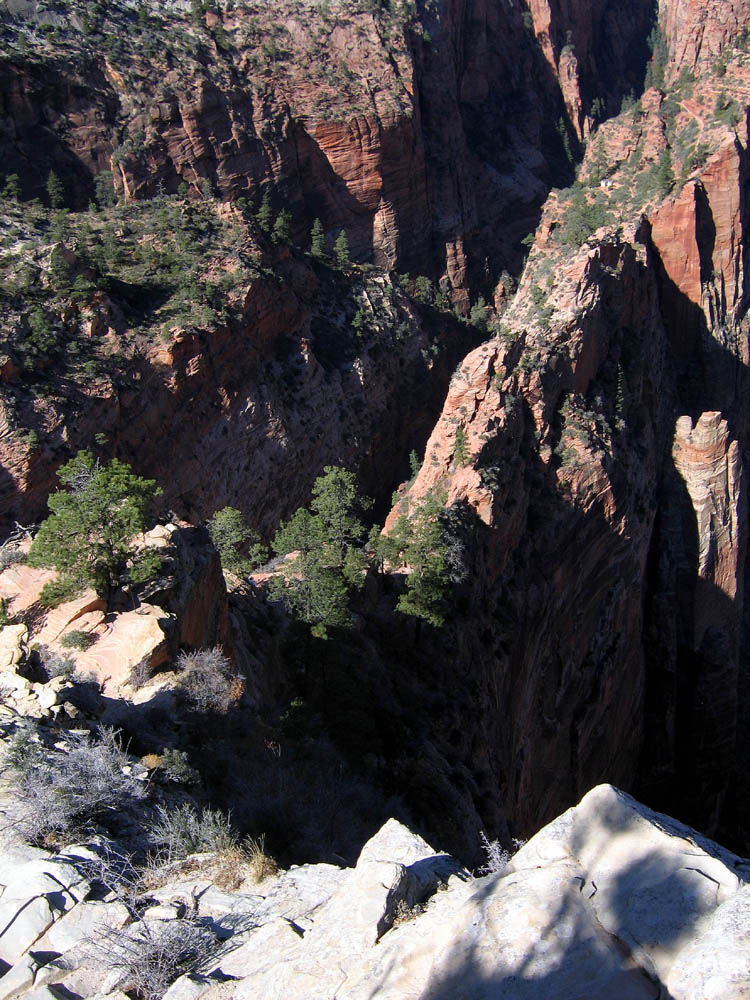 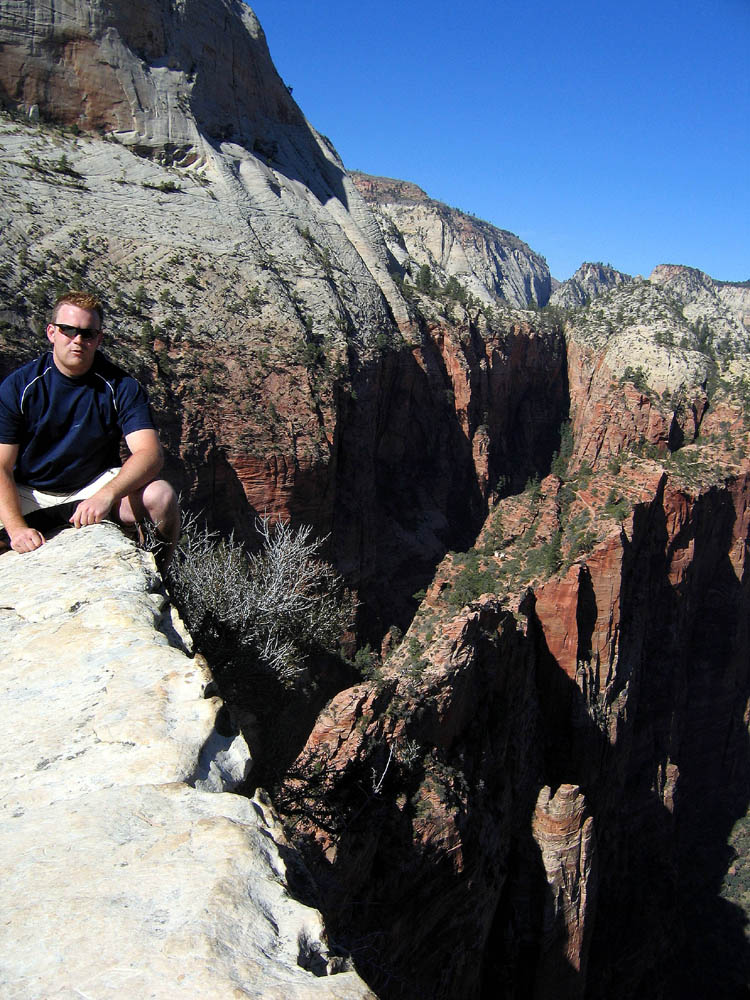 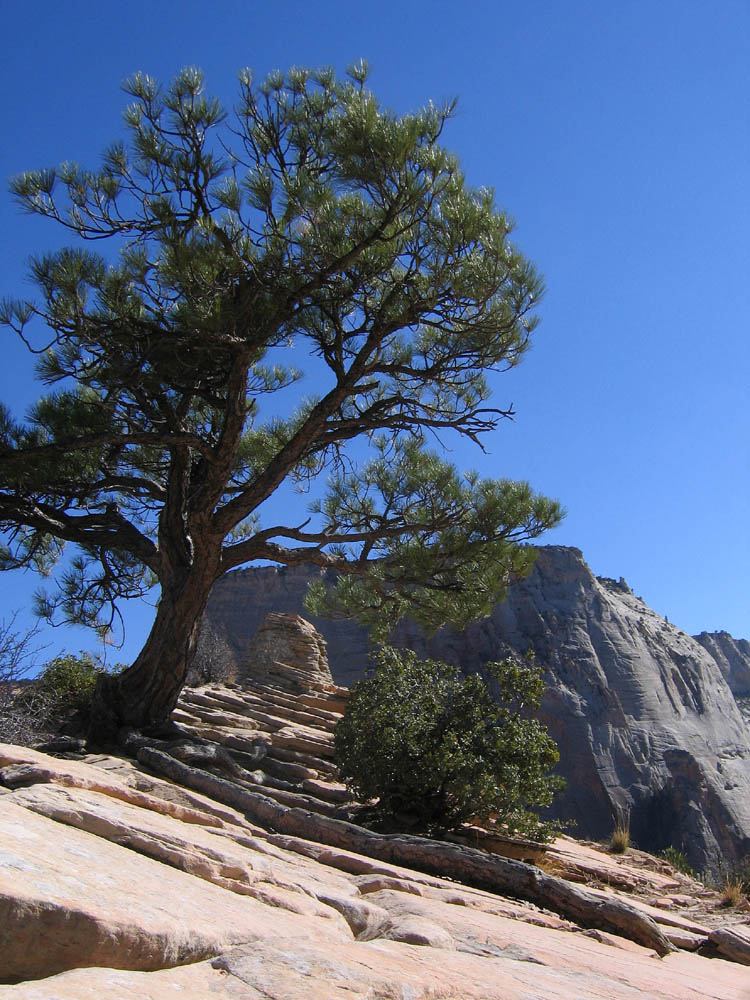 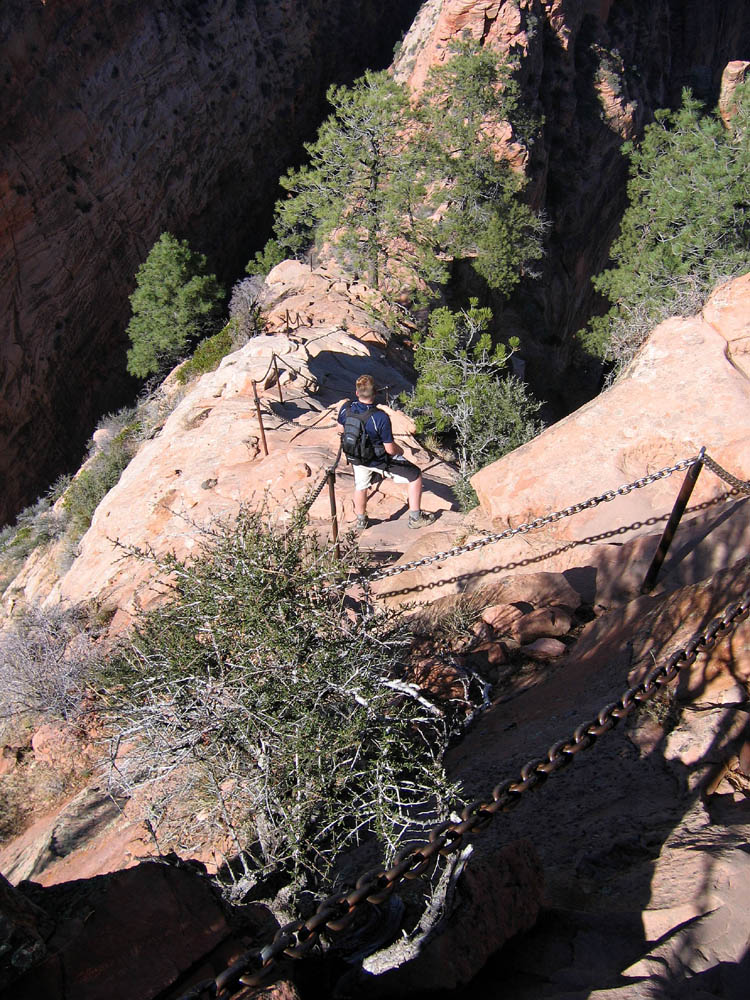 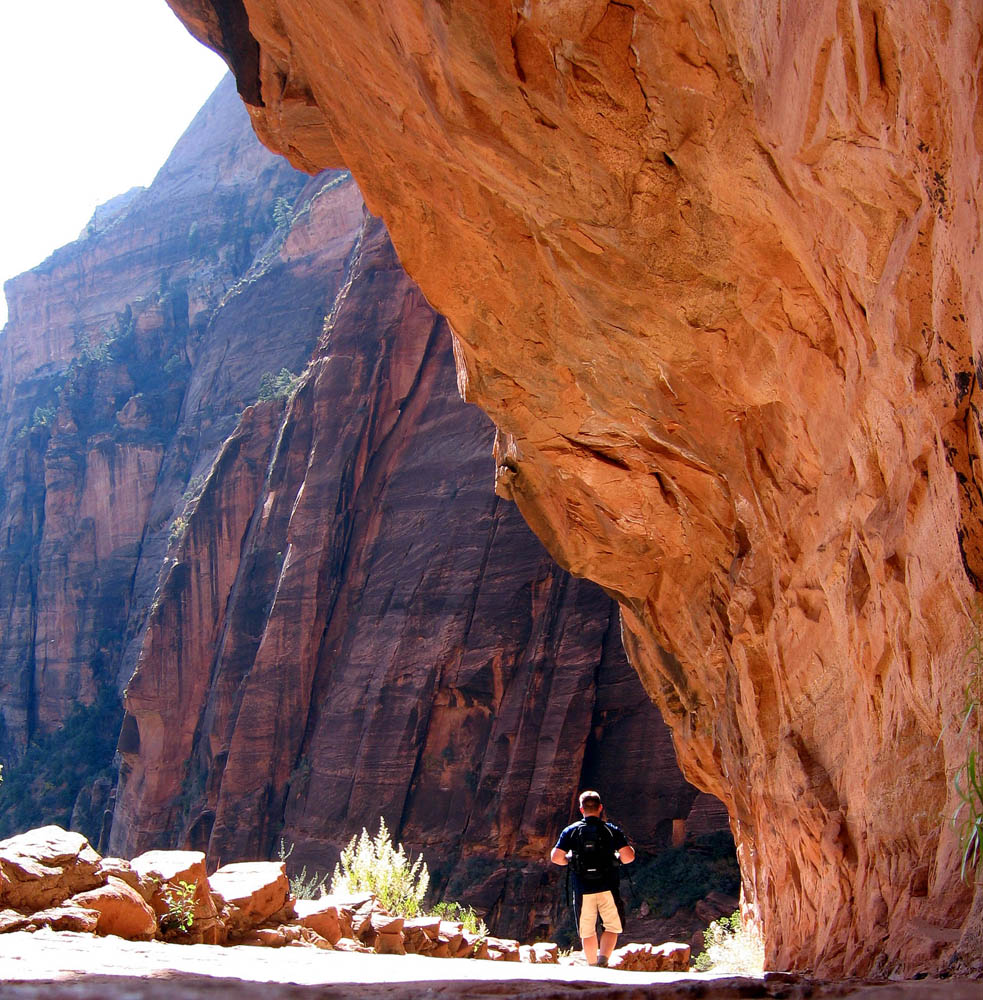 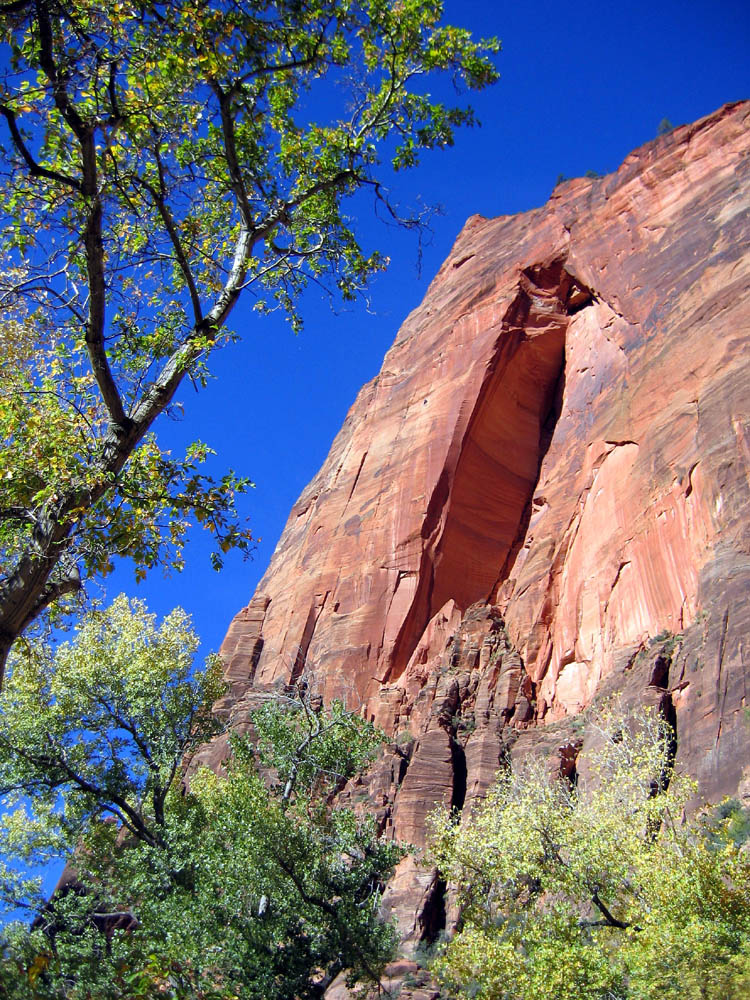 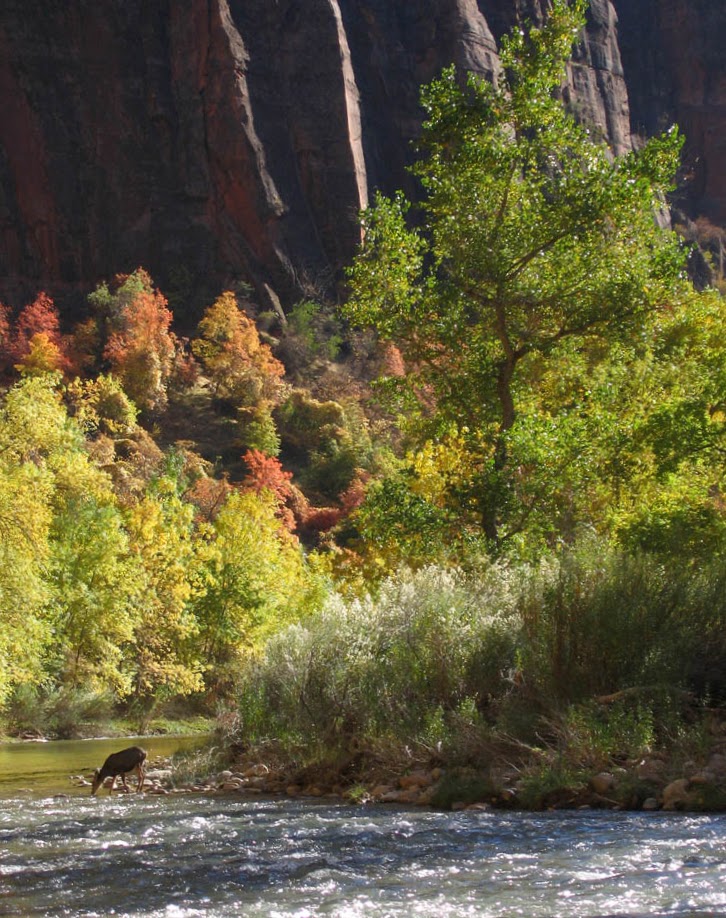 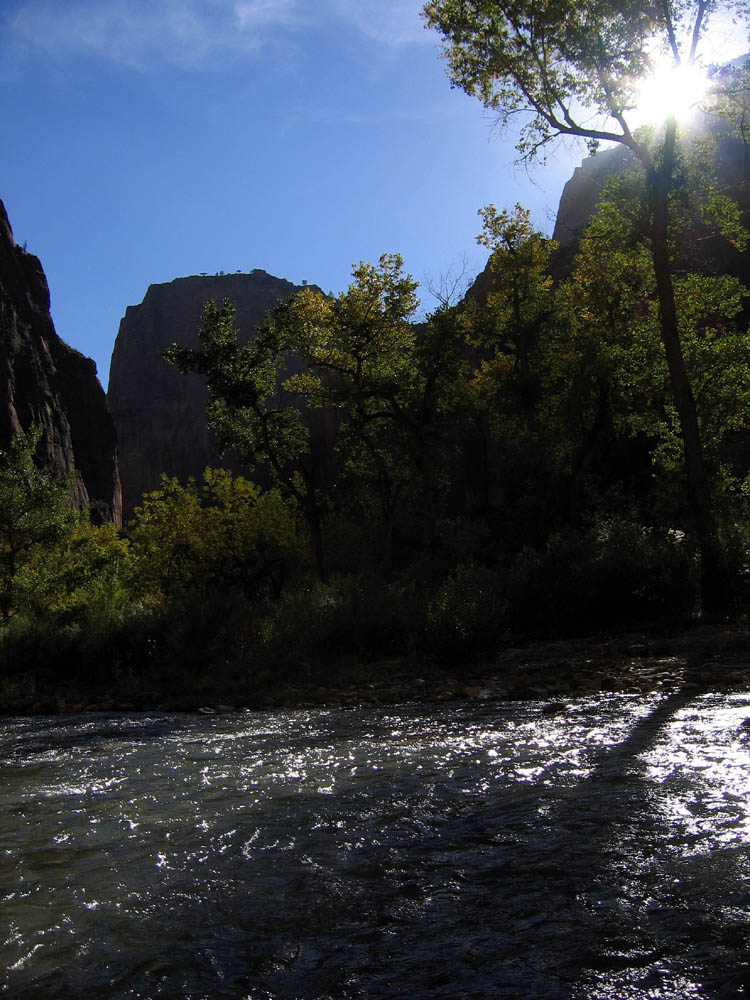 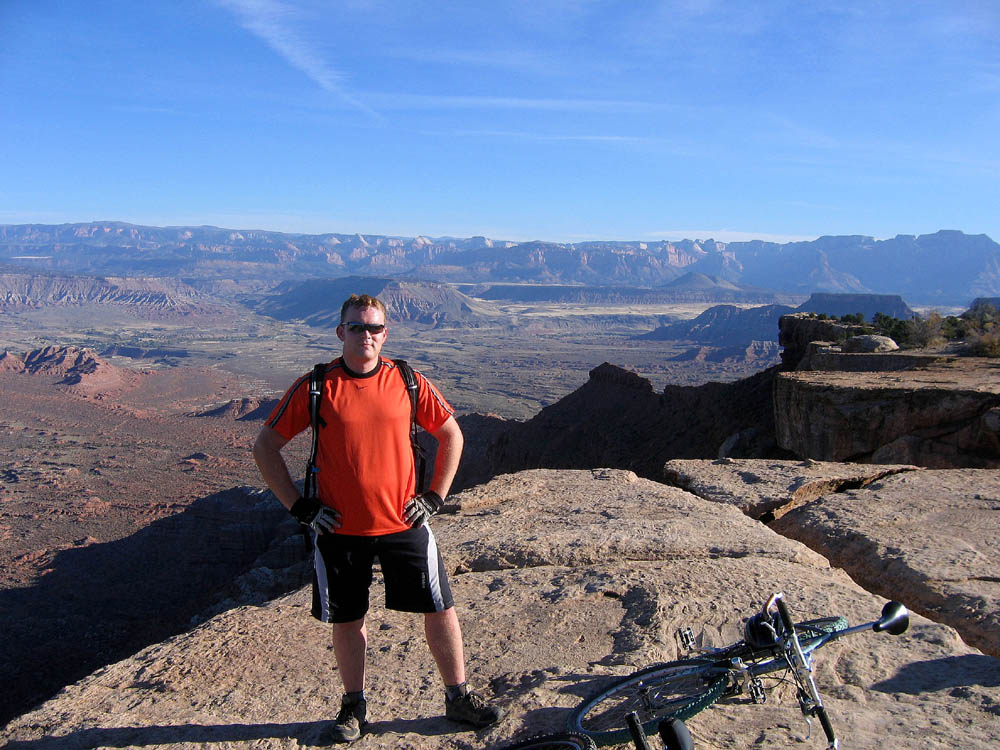 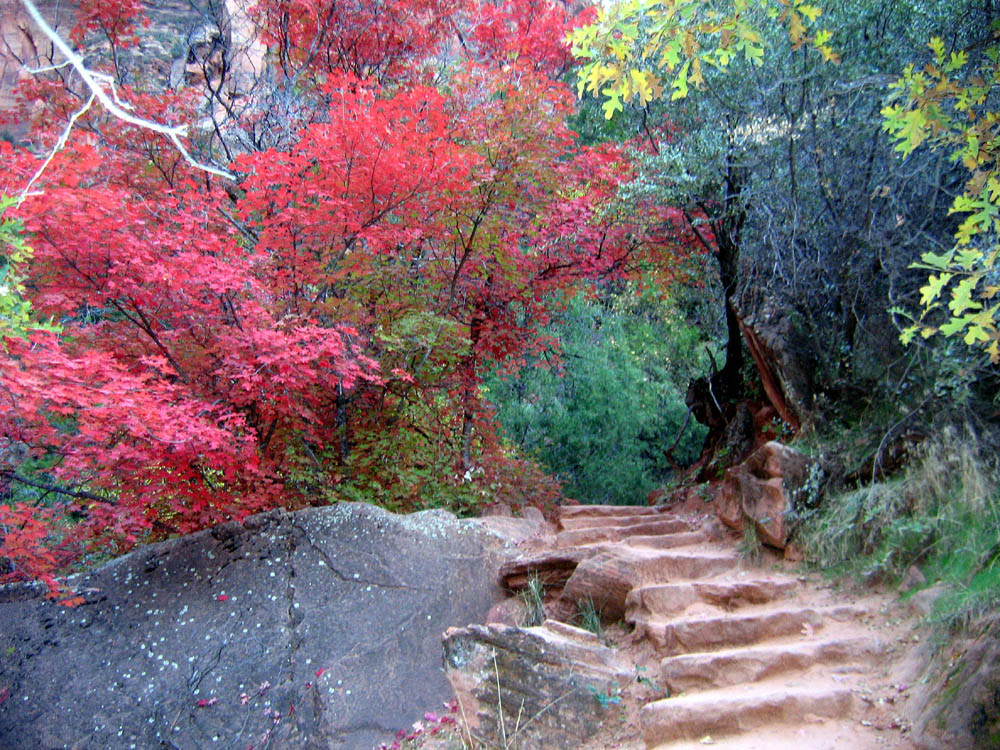 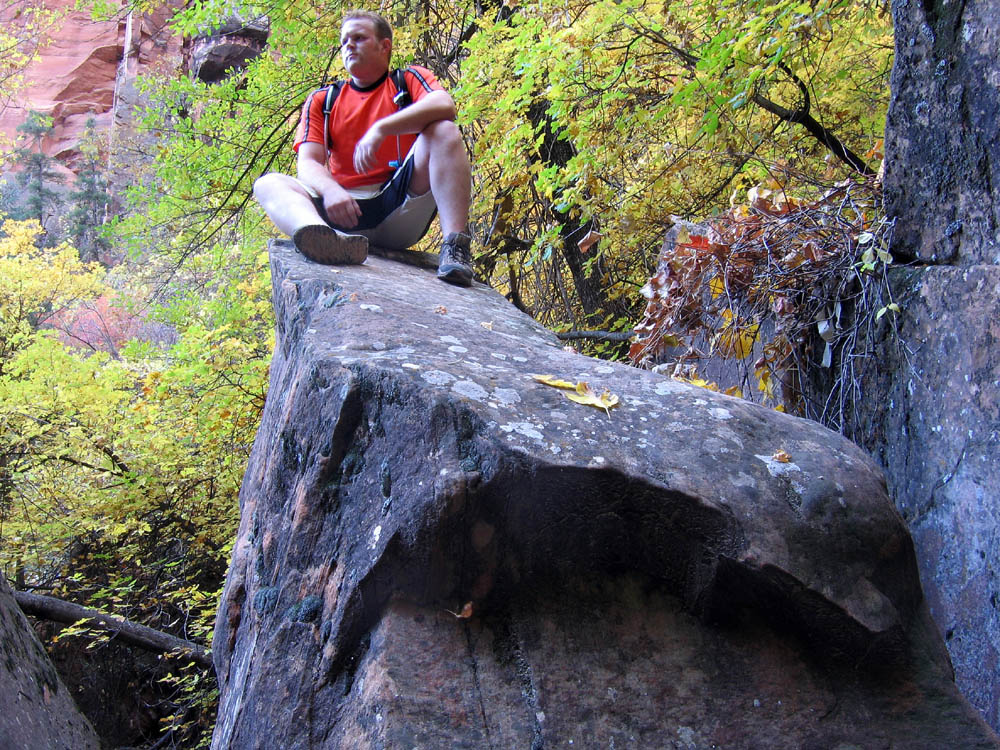 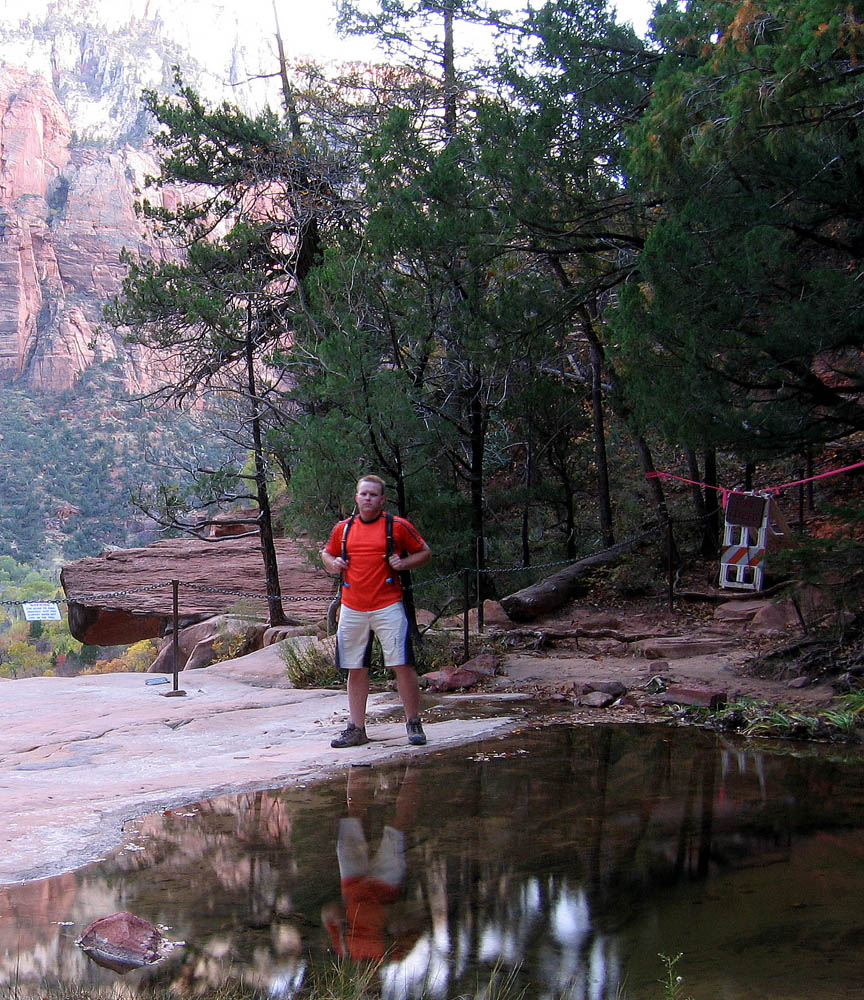 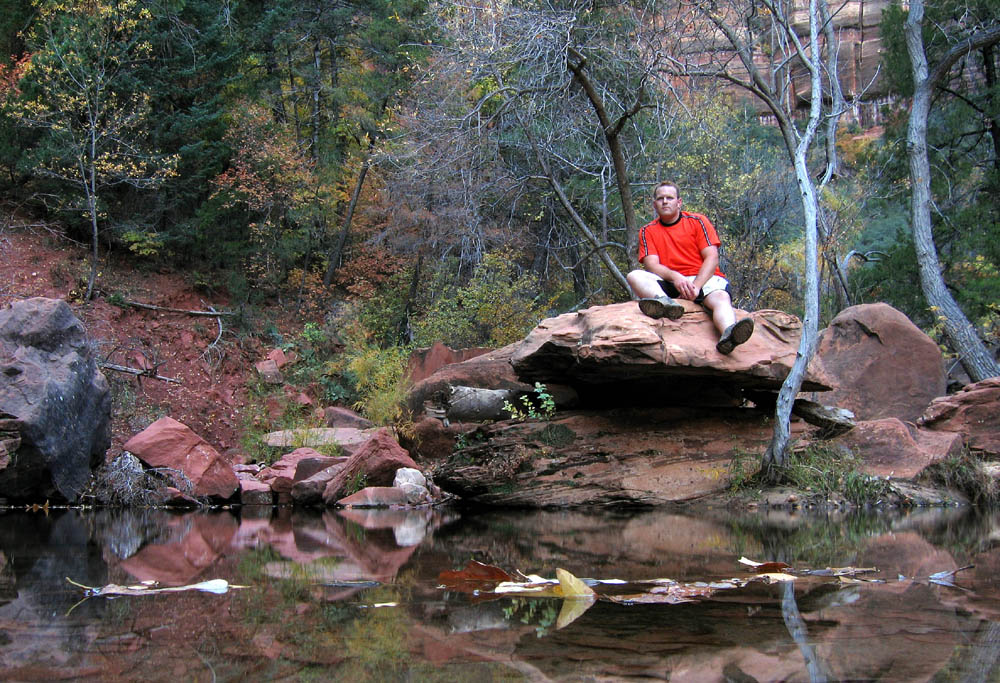 What a great trip! I took off on Wednesday to avoid some of the incoming storms. I didn’t like driving for endless hours through rainy, cold weather on my last trip, so skipping it for this one was nice. I headed to Mesquite NV to stay at one of the casino hotels down there — cheap rooms. Next day I woke up and went outside just after sunrise and it was at least 70Â° & sunny — I liked it. It was 30Â° colder back home and rainy. I went down to Overton to look at some land. It’s a cool location, right next to Valley of Fire State Park, and Lake Mead a couple miles away. Though it’s kind of in the middle of nowhere, and the entire area is prone to flash floods, so I decided to pass. I headed back through Mesquite to Littlefield to look at some more land. It’s equally as warm there as Overton, but the landscape is just bleak mountains to one side, and endless sagebrush on the other. I think I’d rather have less land and more view up around Hurricane than more land but nothing to look at.

I headed up to Zions NP to hike Angel’s Landing. Everyone says it’s a cool hike, and it is, but a lot of people also say it’s scary, and stuff. It’s really not. One of the guide books I have says you have to cross a knife’s edge with no chains in one section. The knife’s edge is like 20 feet wide, you can’t even classify that as a butter knife edge. At times you’re kind of close to the edge, but if that makes you nervous you have tons of chain anchored to the rock to hold on to. One of the guys I chatted with at the bottom of the Grand Canyon who had climbed Angel’s Landing the week before said there was some crazy old guy hanging off the chains for pictures, and how crazy that was. Wuss. It’s a great, easy, quick hike that everyone but little kids and those who freak themselves out easily should do sometime in their life. I came to the realization while I was up there that I’m way past this mainstream kind of stuff. Just to convince myself of it I later did the Emerald Pools hike. It was like a symphony of disappointment. We had the endless droves of tourists making the music, infants making a solo debut with their screams echoing off the canyon walls, parents doing the ooey-cooey-gooey baby talk making up the melody, endless footsteps making up the percussion, and this was at nightfall when most everyone’s left the park already. I’d hate to see what it’s like up there in the middle of July when the tourism is at its peak. i don’t know why, but NOBODY went to the middle pool. I guess they thought that tiny trickle of water they hopped over was the middle pool. It was nice to have that all to myself. It’s seriously a 25 ft trek down a side trail to get to it. I thought it was funny that the NPS put up signs saying the water was contaminated so people shouldn’t play in it. Contaminated with what? Didn’t matter, it kept people out of it. They’ll ignore the please don’t swim in the pool signs, but say it’s contaminated and no one goes near it. Good job, NPS! (I’m serious) The water is so much cleaner than most reservoirs.

2nd day I biked part of the Guacamole Trail, just NW of Virgin on a mesa. It’s a combination of sandstone and dirt connectors, and a lot of fun. It’s fairly new, and still under development. It’s marked with cairns on the sandstone stretches, and at times it’s just impossible to find. It’s kind of narrow with unforgiving brush, so I was dripping blood in a couple spots when I got back to my truck. There was some quarrying going on just off the dirt road you take to get up to the trailhead, and on the way out I was blocked in by a couple large rocks that rolled onto the road. So I had to park my truck & get out to help the guys roll them out of the way. While parked this huge rock started crashing down the cliff headed towards my truck. Luckily it stopped about 20 ft short, otherwise I’d probably be in the market for a new truck. I have conflicted feelings on that. I’d like a new truck, but it’s really nice not to have payments. I wasn’t in the truck so it’s not like I could’ve moved it.

That night I wanted to get another quick ride in, so I hunted for the Green Valley Trail. I got to where I thought I was supposed to be, but I didn’t see any signs or anything, so I checked my GPS for the trailhead waypoint and I was right on it, so I went down a hill and started climbing another one where I saw some other bikers going up. At the top I read the description and it was talking about riding in a sandstone canyon, and there was a little canyon to my left, so I checked it out, and it looked like there was a trail going through it. So I rode down, went into the canyon and figured out that it wasn’t a trail at all. I wasn’t going to ride back up what I had just ridden down, especially when I could drive it, so I rode back up the other hill to my truck and drove up the way I was first going on my bike. Turns out the real trailhead and parking lot were a little further up the road. So I took off from there for a ways. Only problem was the sun had already set, so I was riding on borrowed light. I went up for 15 minutes and turned around after a geologic feature called the lions paw, it’s a series of steep downhills down what would be the fingers of a lion’s paw.

3rd day I biked the north rim of gooseberry mesa. That was a ton of fun. It’s pretty fast paced with plenty of stuff to ride off, and a couple challenging climbs up slickrock. There are a lot more sections of gooseberry to ride that I’ll hit next time I’m down there.

Last day I checked out the Kolob Canyons section of Zions NP on my way home. I wasn’t that impressed, but that comes along the same lines of another realization that I had on this trip while driving at a snails pace behind tourists from Florida, Ohio, California, and all the other places tourists come from every day I was down there. I’m thinking it’s 35 MPH through the park, come on and do at least 30! But no, 15-20 was the norm among those types. I’m thinking this is a cool place, and just wanting to drive through. The pace cars, they’re just totally enthralled with everything. I’ve seen big ol’ sandstone cliffs a gazillion times, I’ve climbed them, rappelled them, hiked through their narrows, rode over their tops, navigated their labryinths, cooled off in their natural air conditioners, and more. I have a playground, another destination for me to get to, and I want to get there and play. I know the cooler sights are hidden within the walls of these areas, not what’s visible from the car window. Maybe a permit trip only policy is in order here, you know, not going to go anywhere or do anything near a national park unless it requires a permit that severely limits the number of people that can go there. It means several things, no “tourists”, more like-minded people, but not enough to ruin it, it’s gonna be cool enough that a ton of people want to do it, but they can’t unless they plan it, and stuff like that.

Anyway, a Grand Canyon raft trip, Cataract Canyon raft trip, Narrows trip, a Grand Teton climb, and Telescope Peak from Death Valley to the summit (4th longest continuous mountain ascent in the US, exceeded only by Rainier, Fairweather, and McKinley) are on the list. I want to do Telescope Peak from the very bottom, probably in a 3 day trip. Day 1 climbing up to a campground around 8,000 where gear for 2 nights would be stashed, Day 2 summiting and returning to base camp, Day 3 returning to the bottom with all the gear to avoid a return trip to the stashed gear.