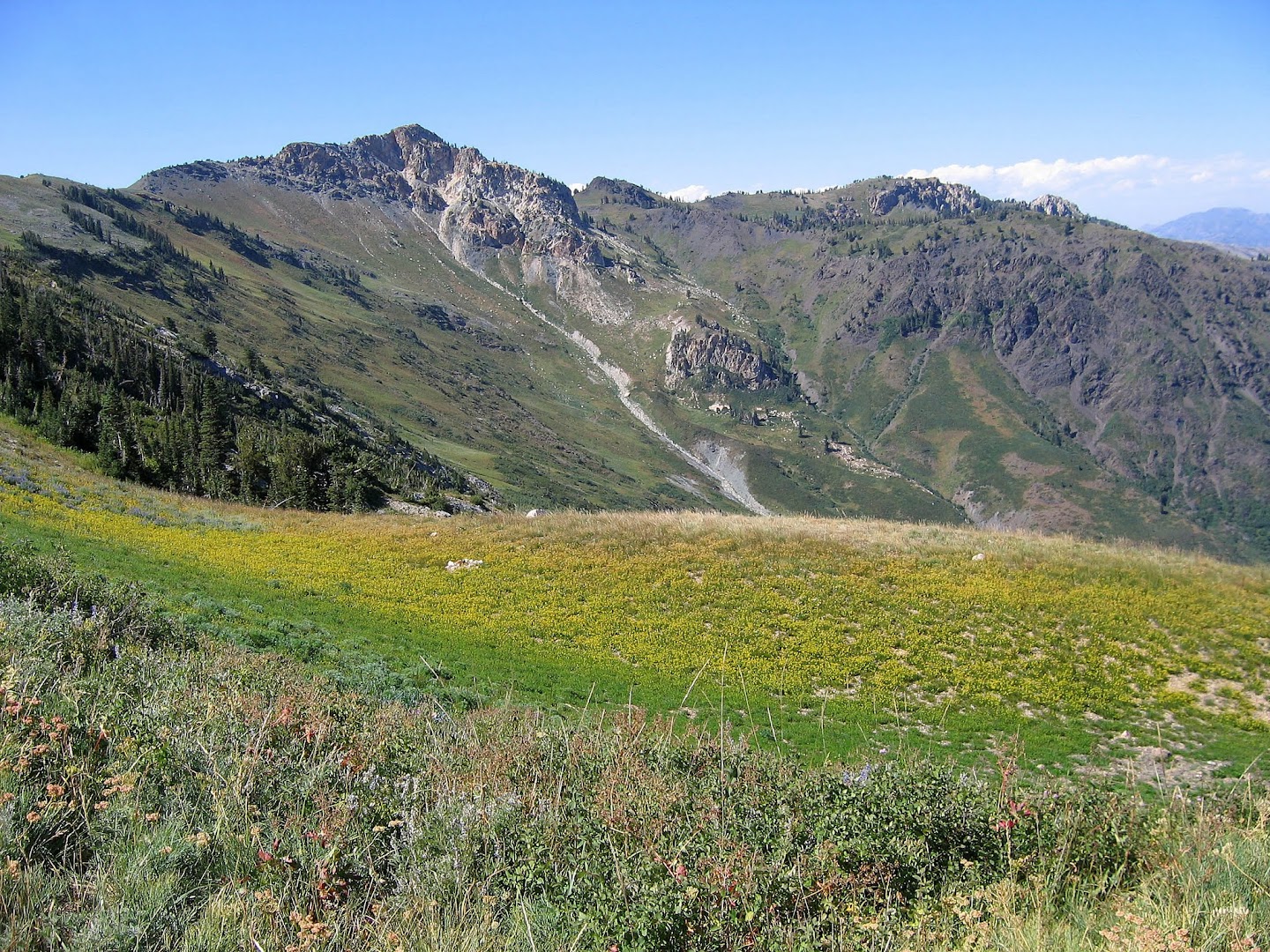 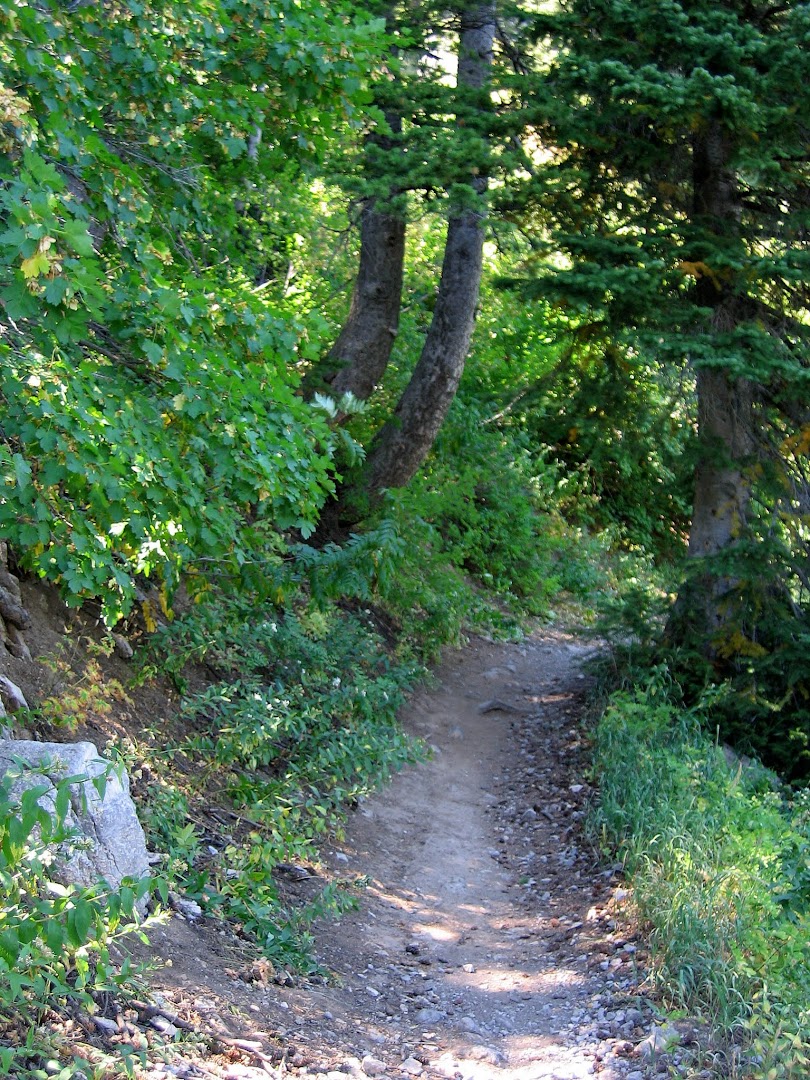 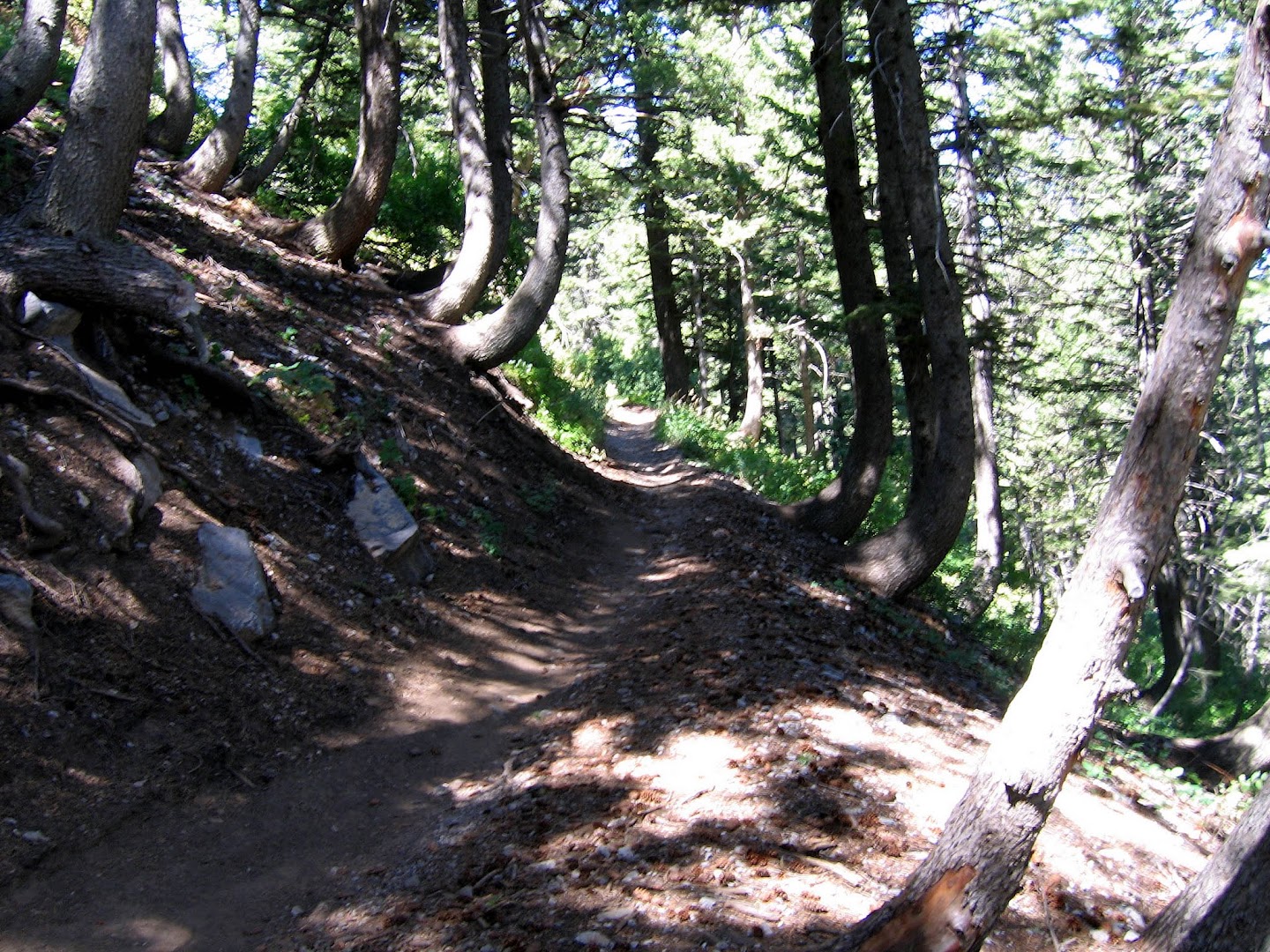 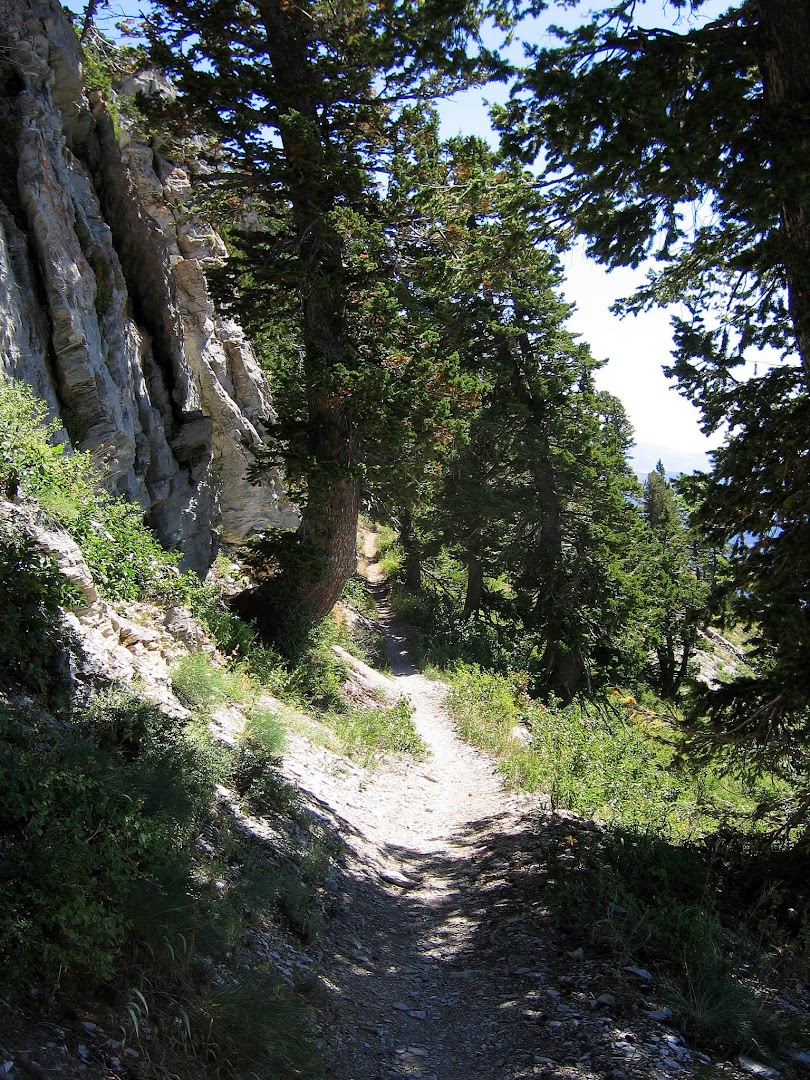 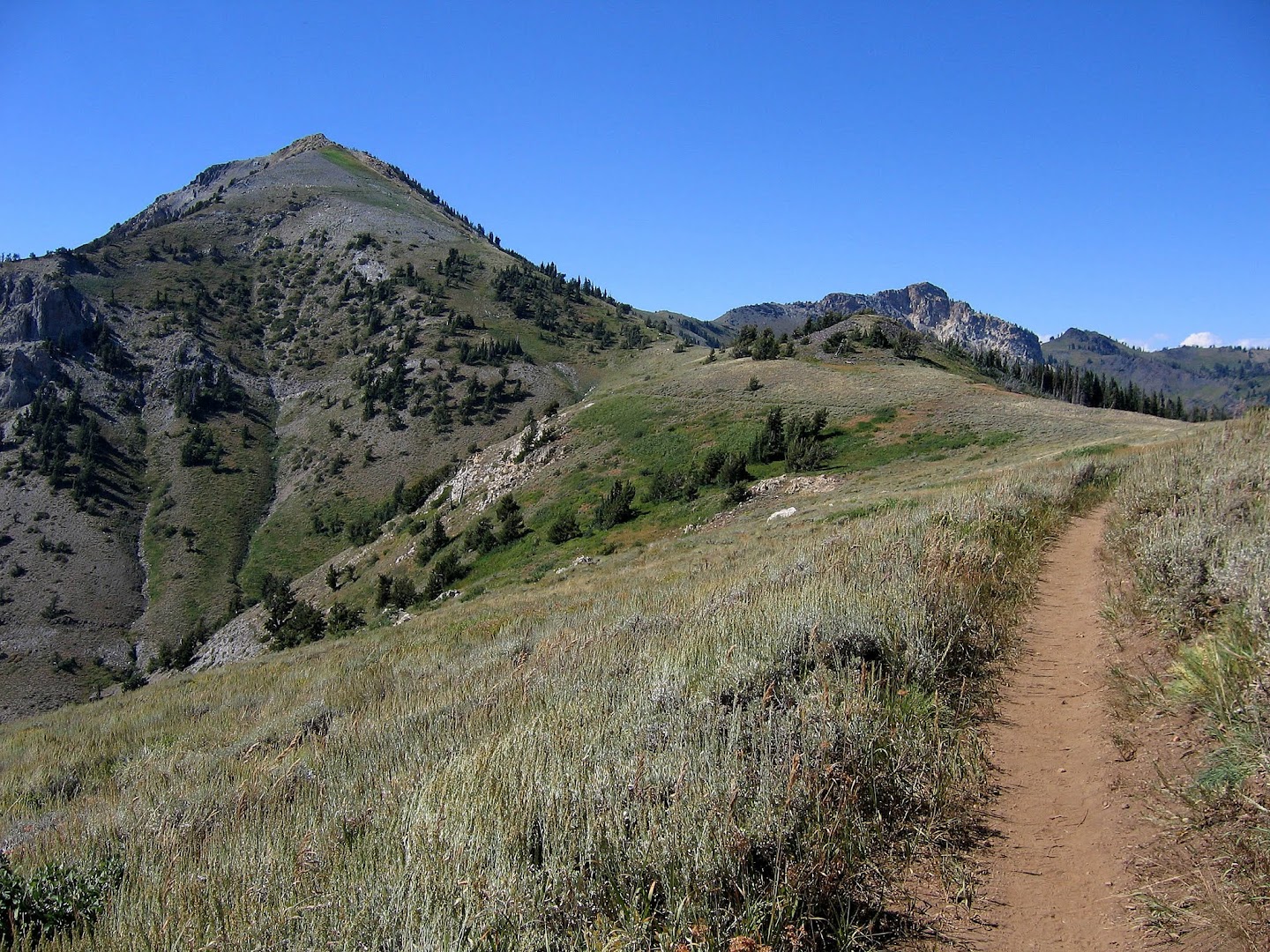 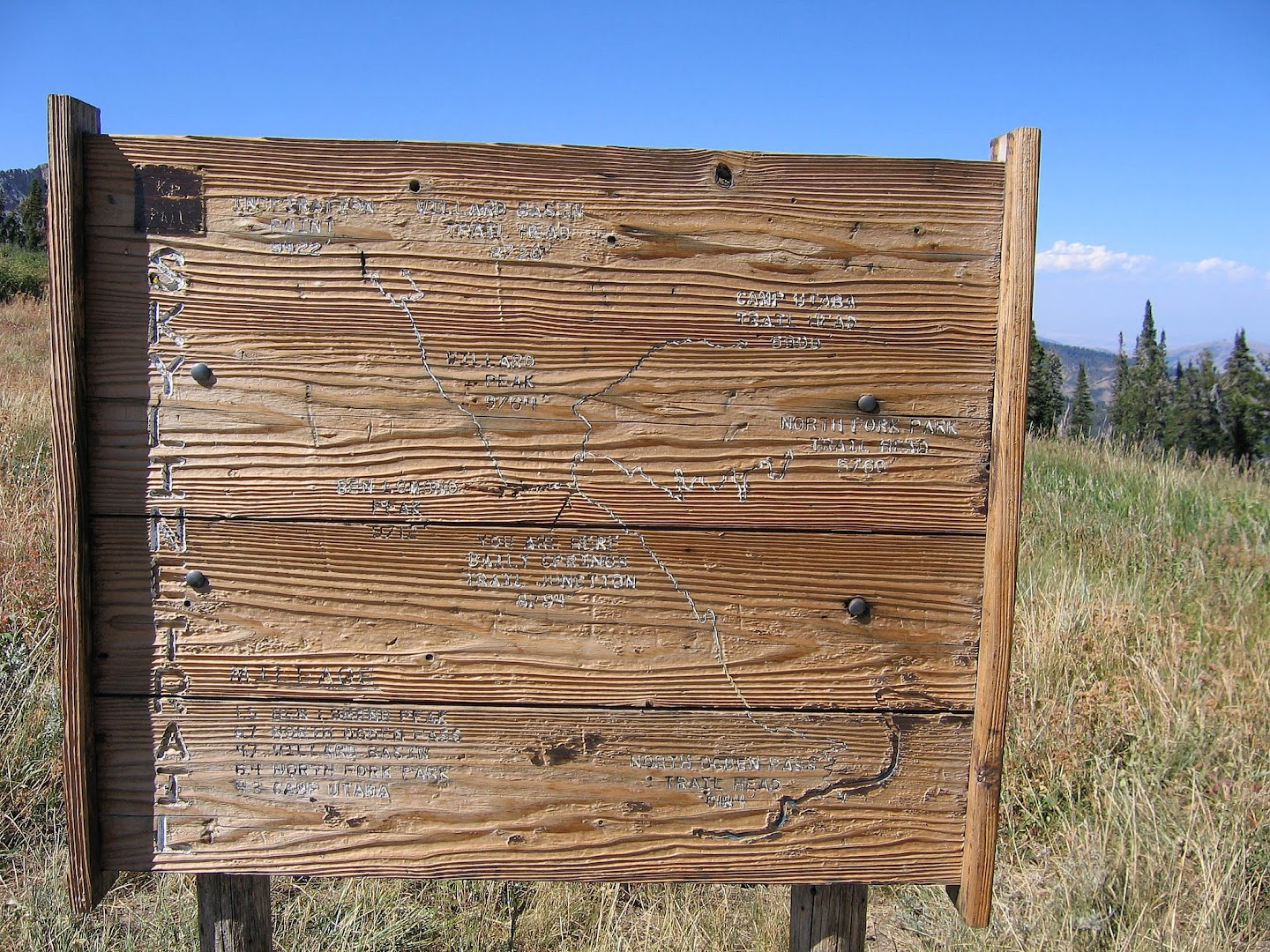 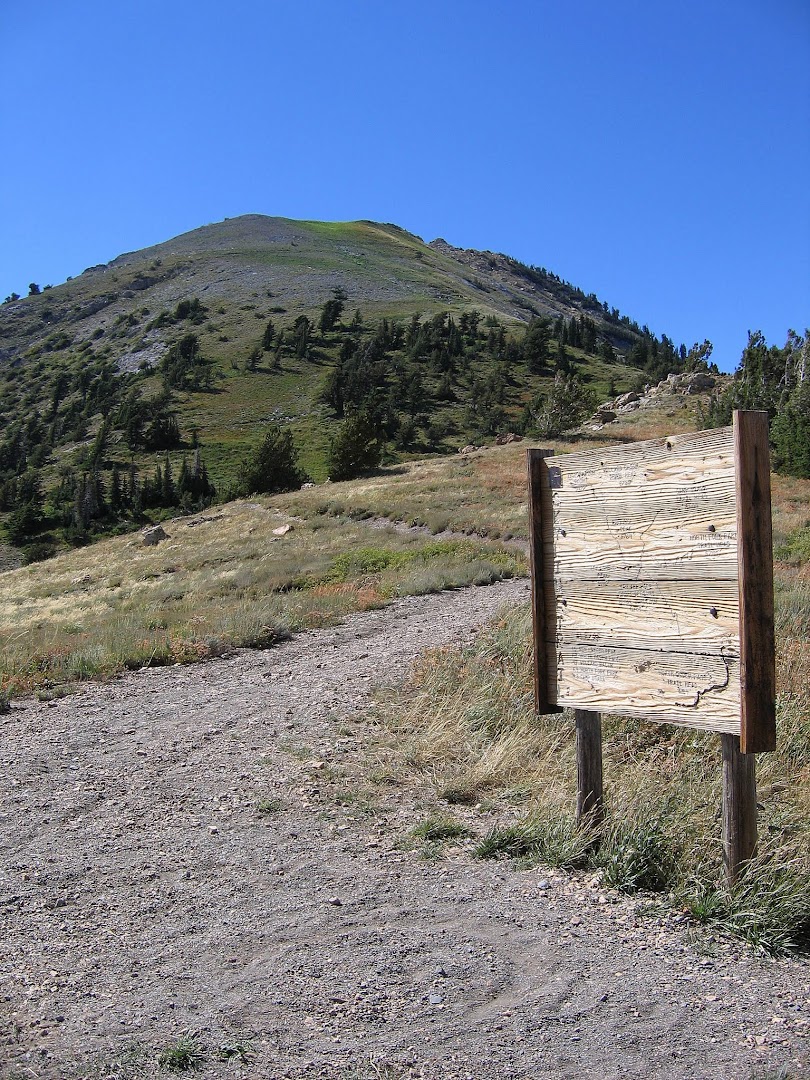 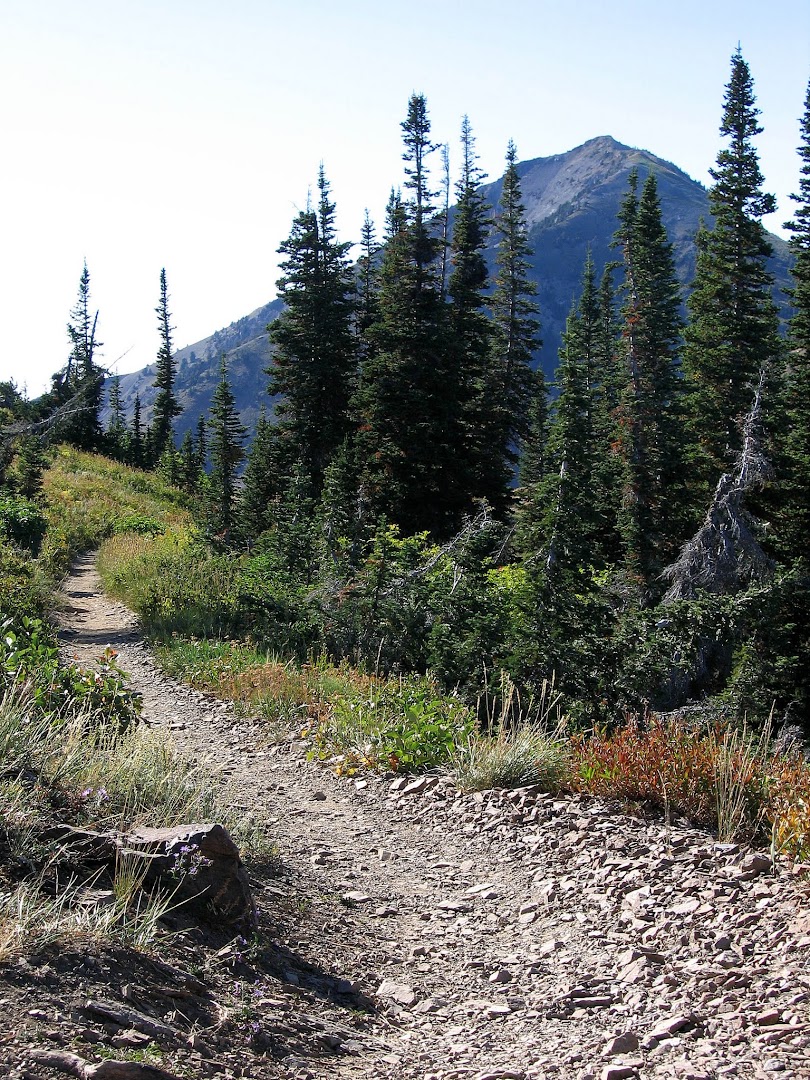 I’ve hiked up the North Skyline Trail several times about 2 miles to the same point, even biked it once, but I’ve never made it to Ben Lomond via that route before, mainly because I didn’t want to hike 16 miles, but since I have a Grand Canyon backpacking trip coming up I figured it’s time to get some long hikes with significant elevation gains in them. The trail is pretty nice except towards the beginning where there are serious problems with erosion, and damage from motorcycles which result in a trail with a V shaped rutt. The trail is shared by hikers, mountain bikers, quadriped pooping machines, and motorcycles. The North Skyline Trail is also part of the Great Western Trail. Looking at the ridgeline going across from the North Ogden Divide to Ben Lomond you would assume that the trail just climbs to the ridge and flattens out until you get to the final ascent of Ben Lomond, but that’s not the case, you’re steadily climbing almost the entire time as you’ll see in the elevation profile included with the images. Sure it’s flat for some sections, but there’s not a 5 mile section of flat. Being Labor Day there were plenty of hikers up there and fortunately few of the aforementioned quadripeds. There were several mountain bikers, but I didn’t see any past the 1500 ft elevation gain and 2.5 mile mark. I decided to wear a Falke performance compression shirt I was given to test out last Spring, and it’s probably the first time I’ve worn it that it actually regulated my temperature better than not wearing it at all. The other times, it either made me overheat, or made me freeze. I wore it under a Nike poly tee.