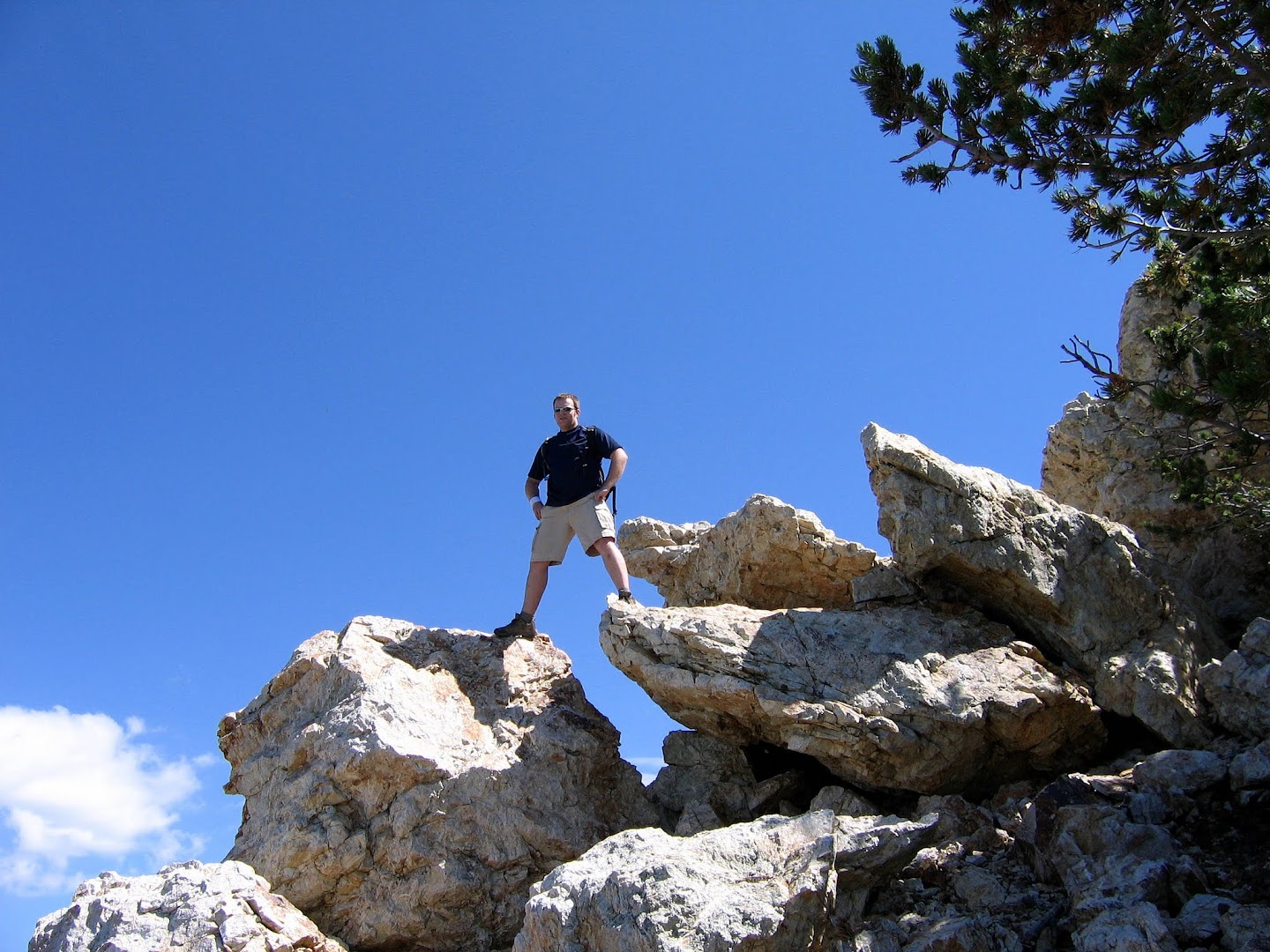 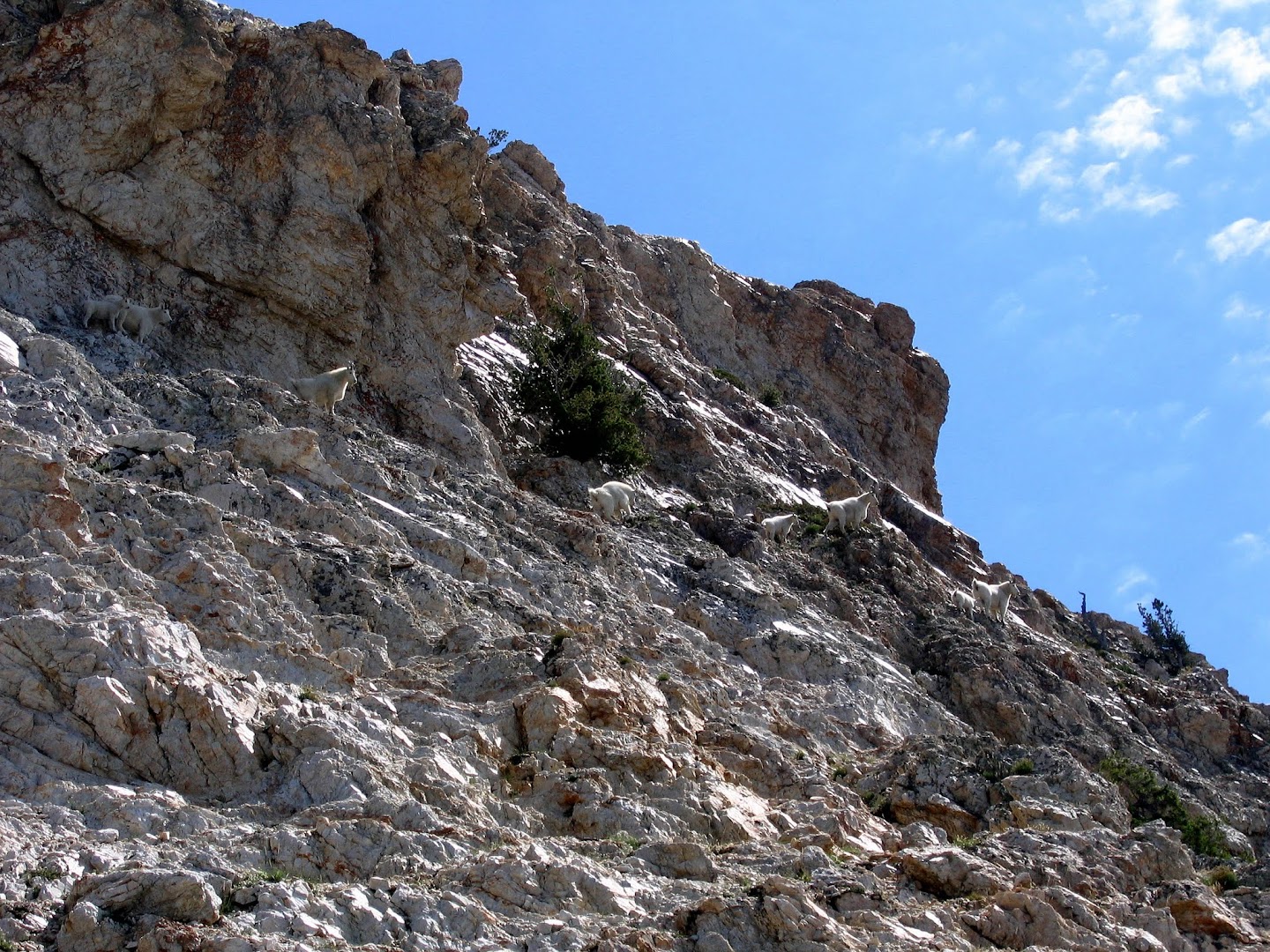 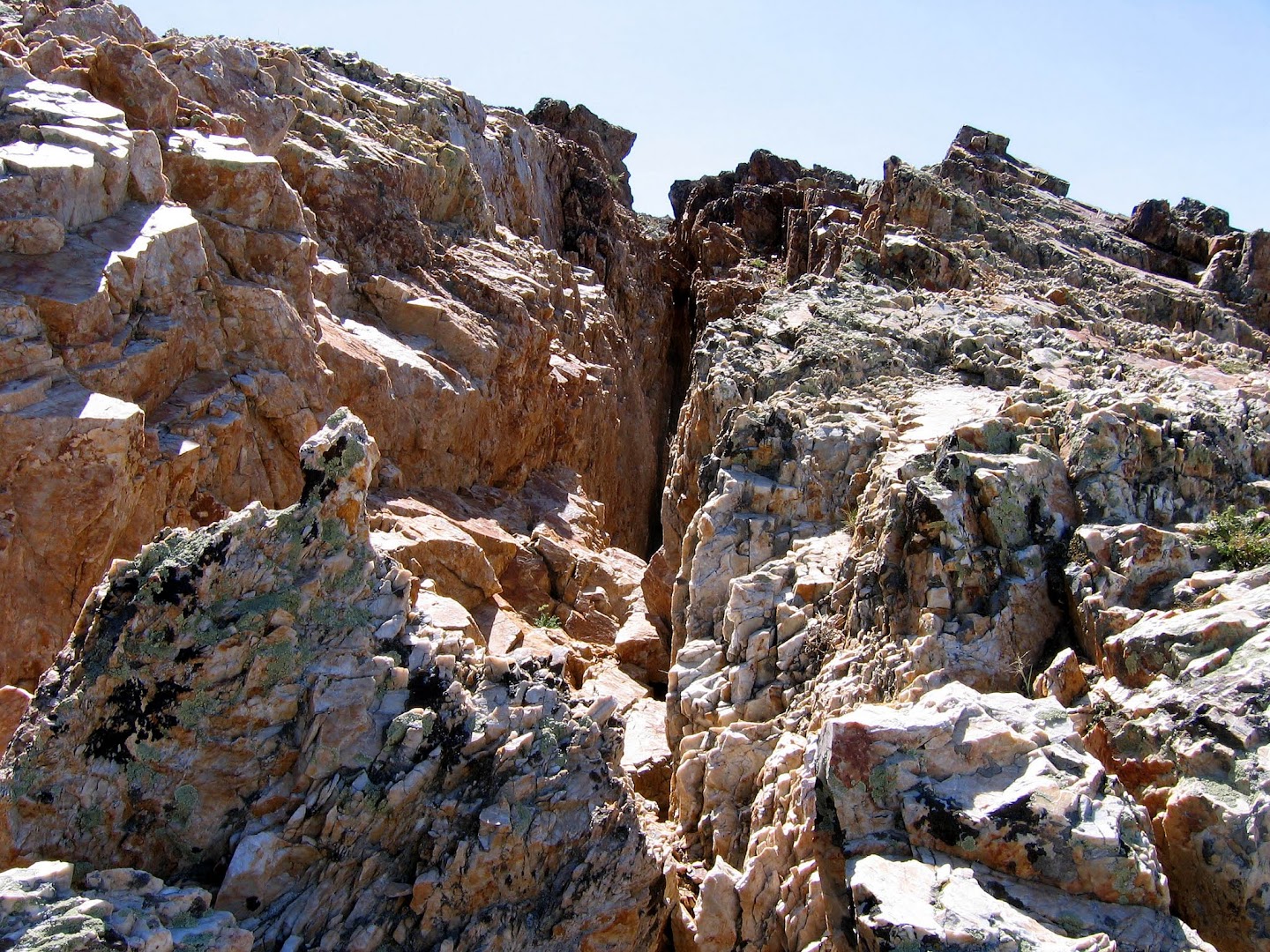 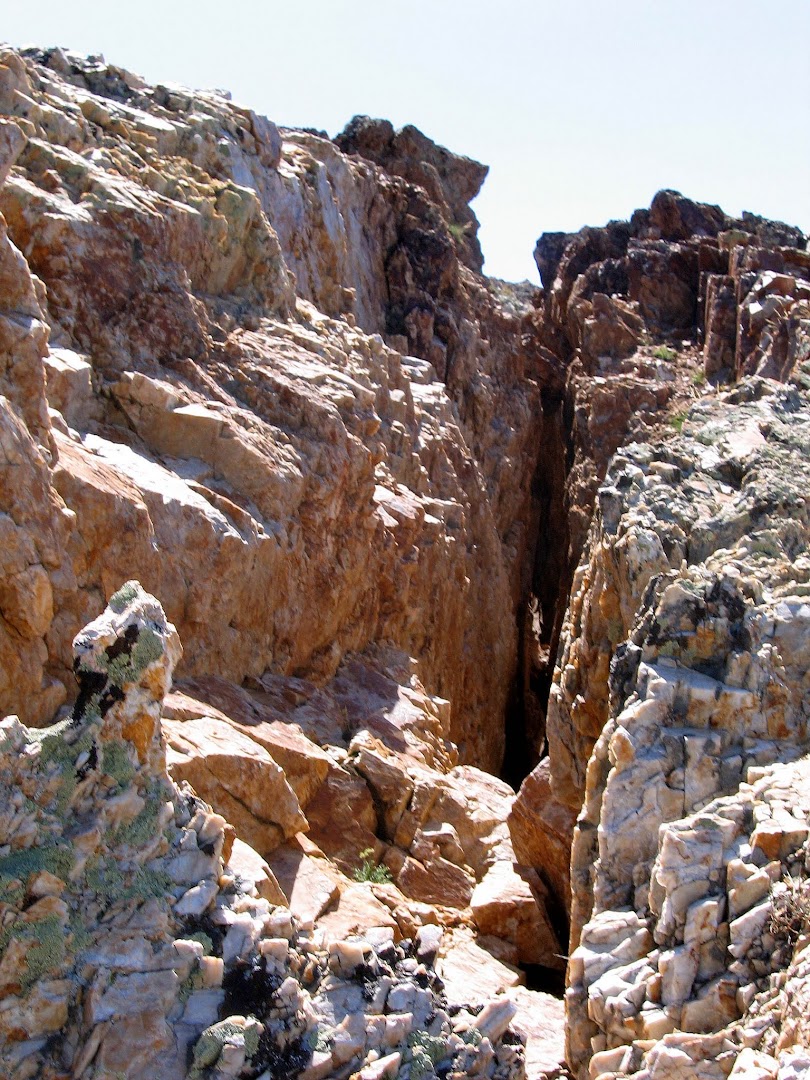 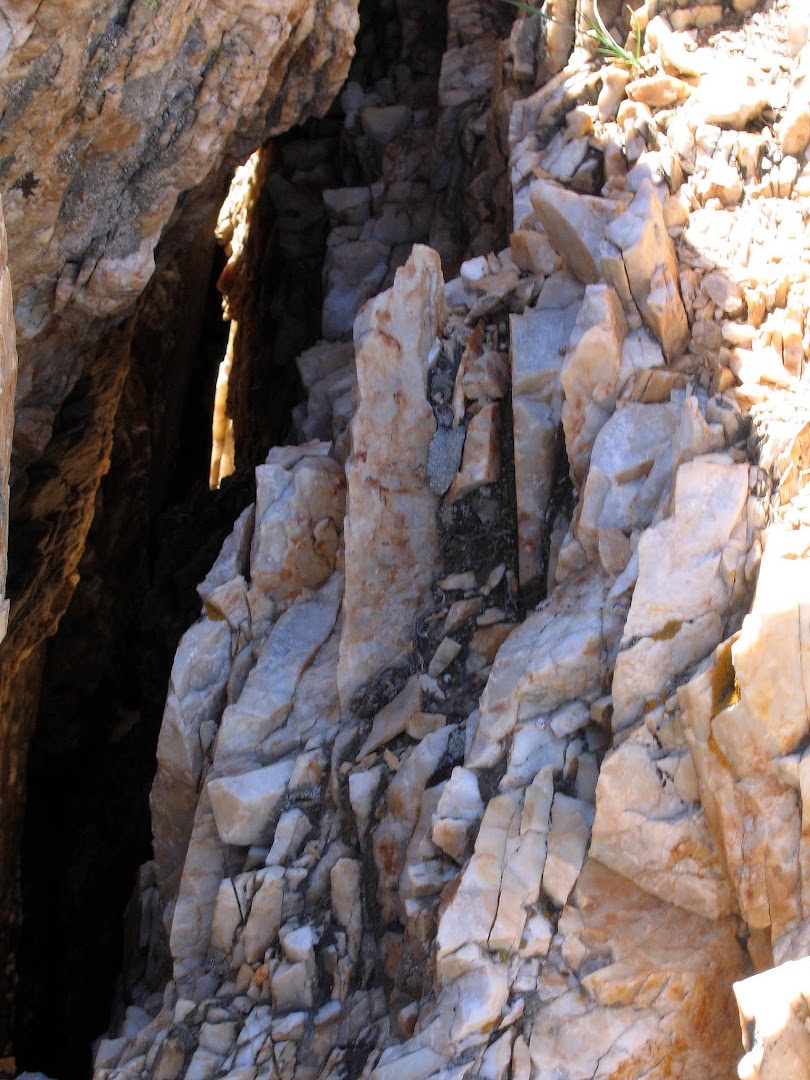 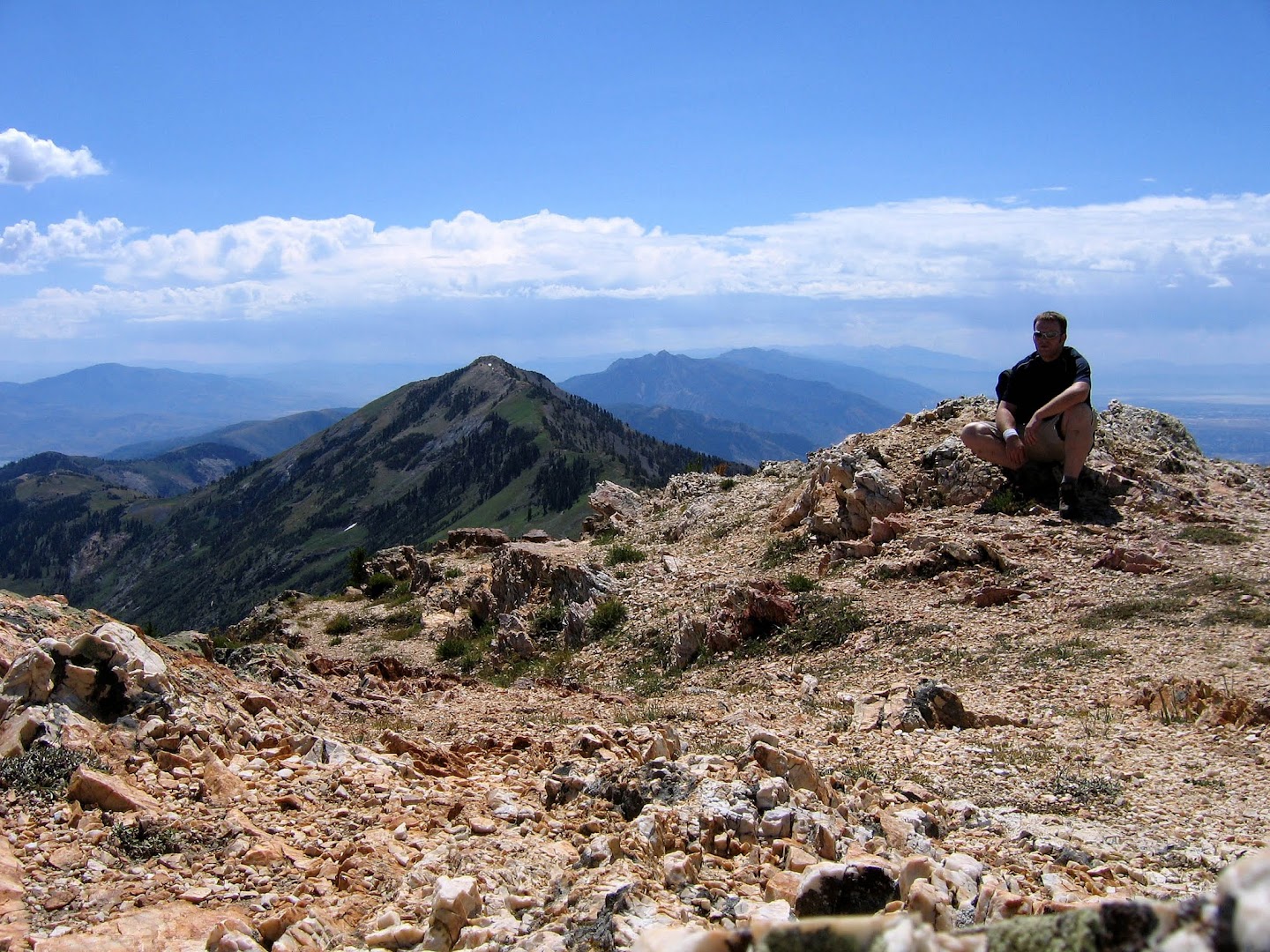 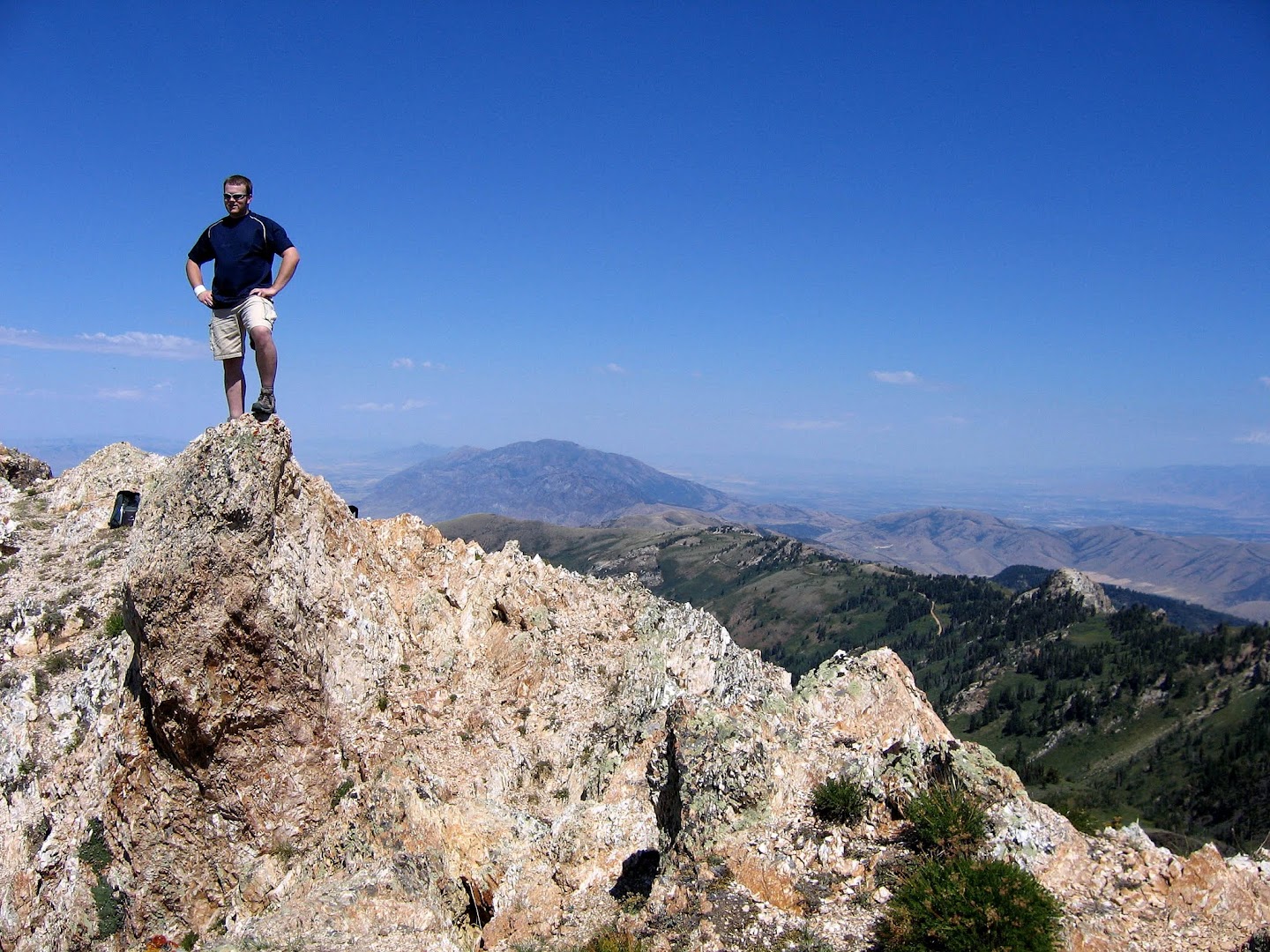 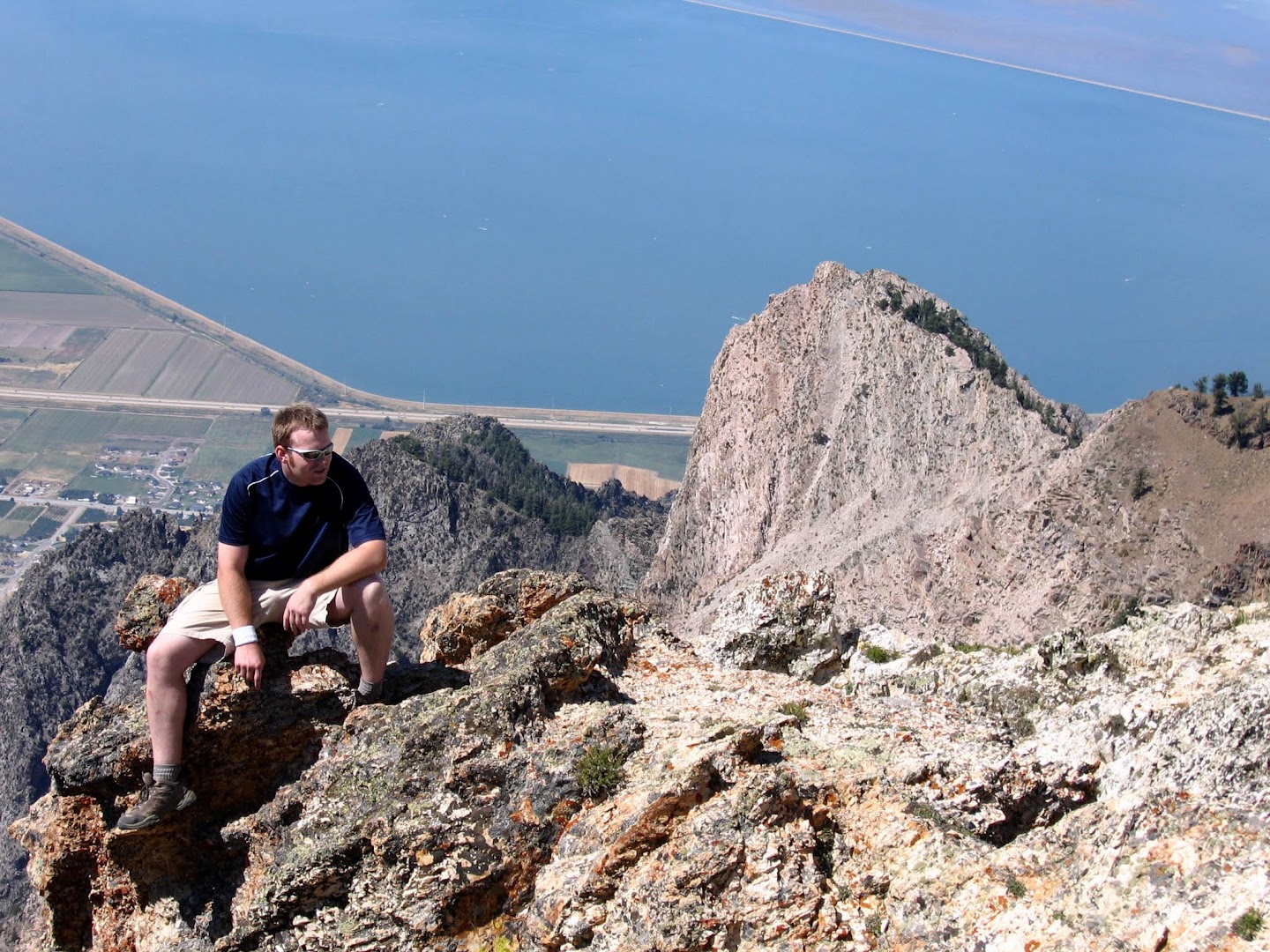 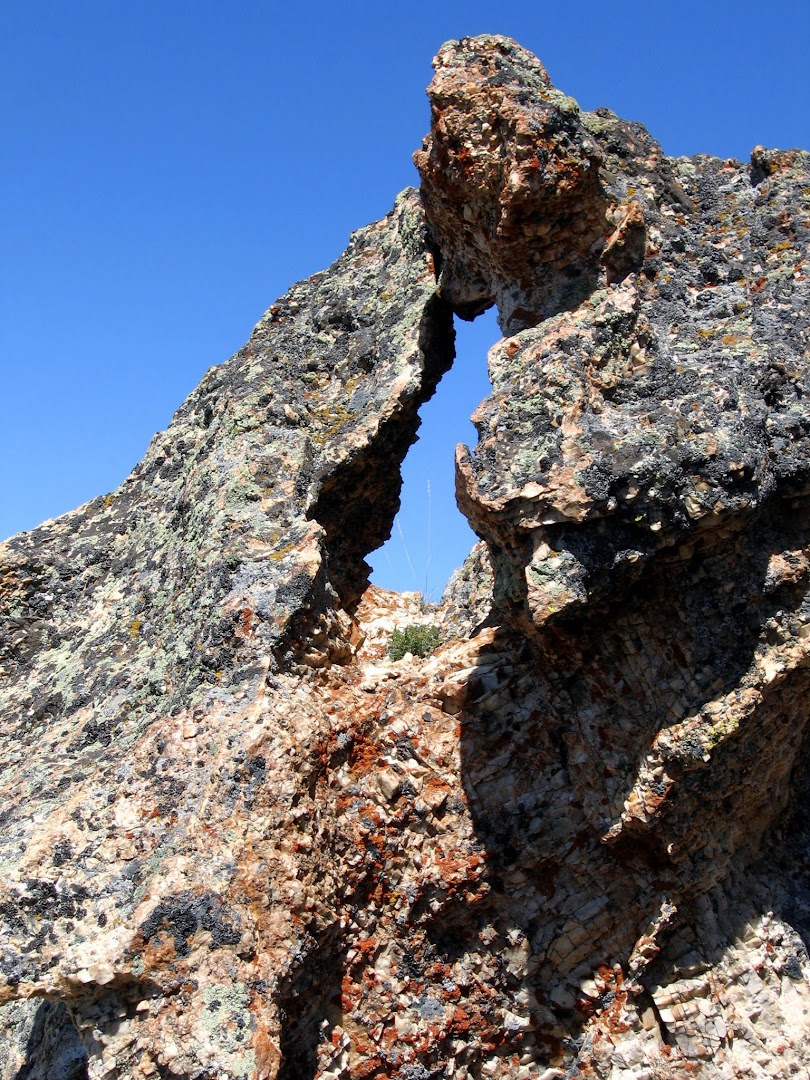 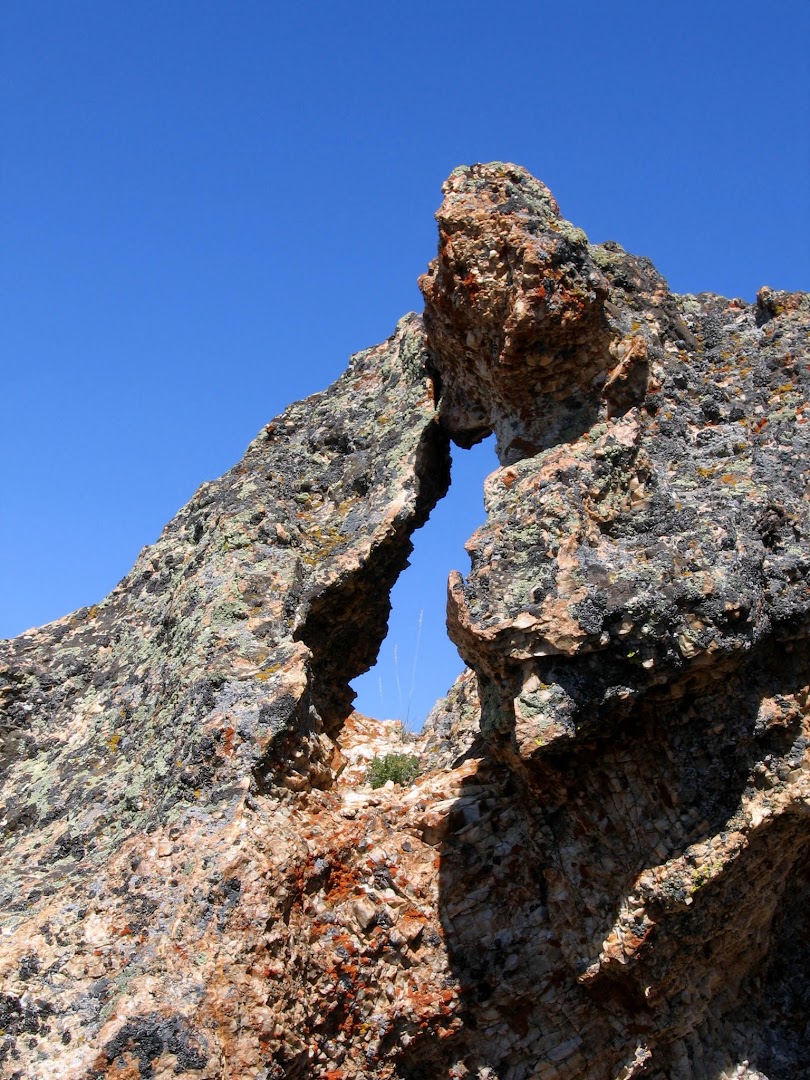 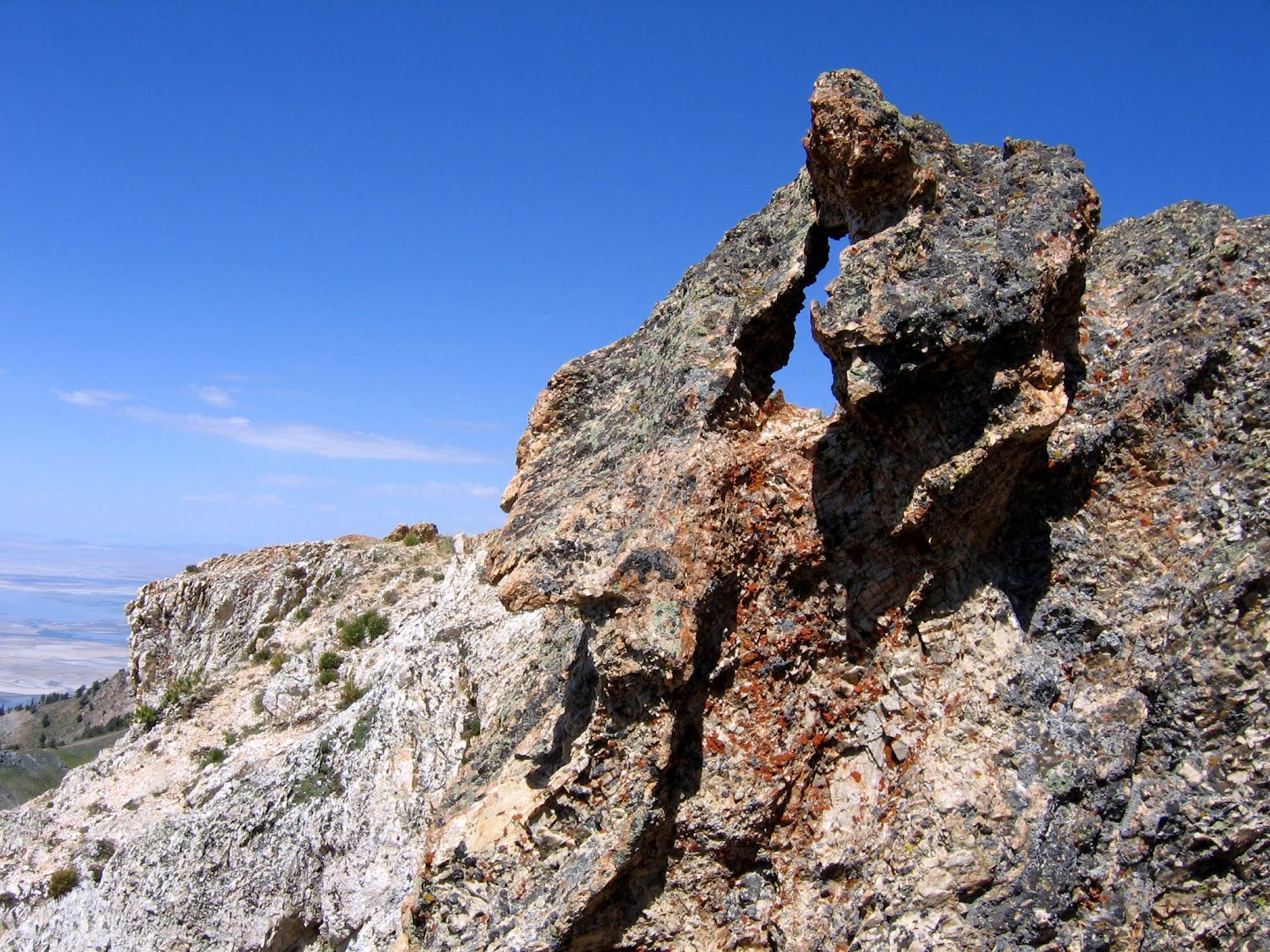 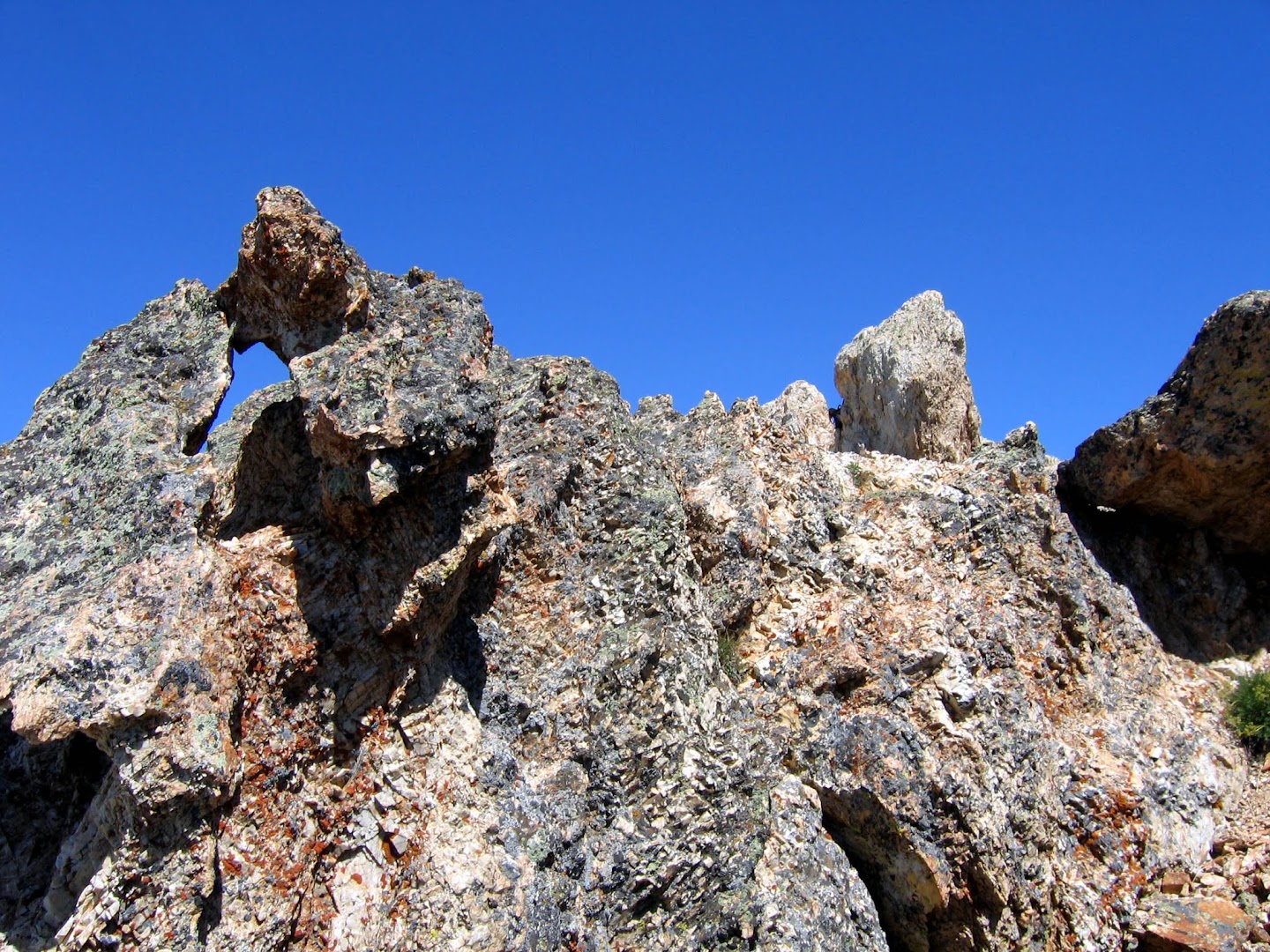 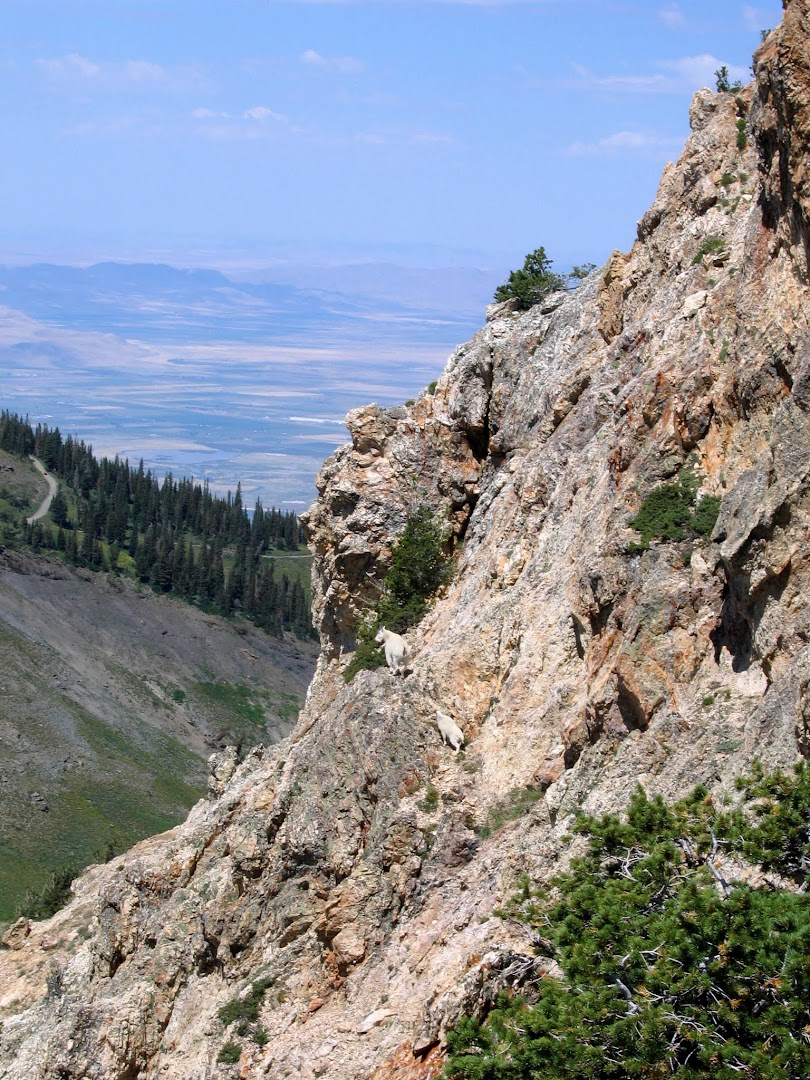 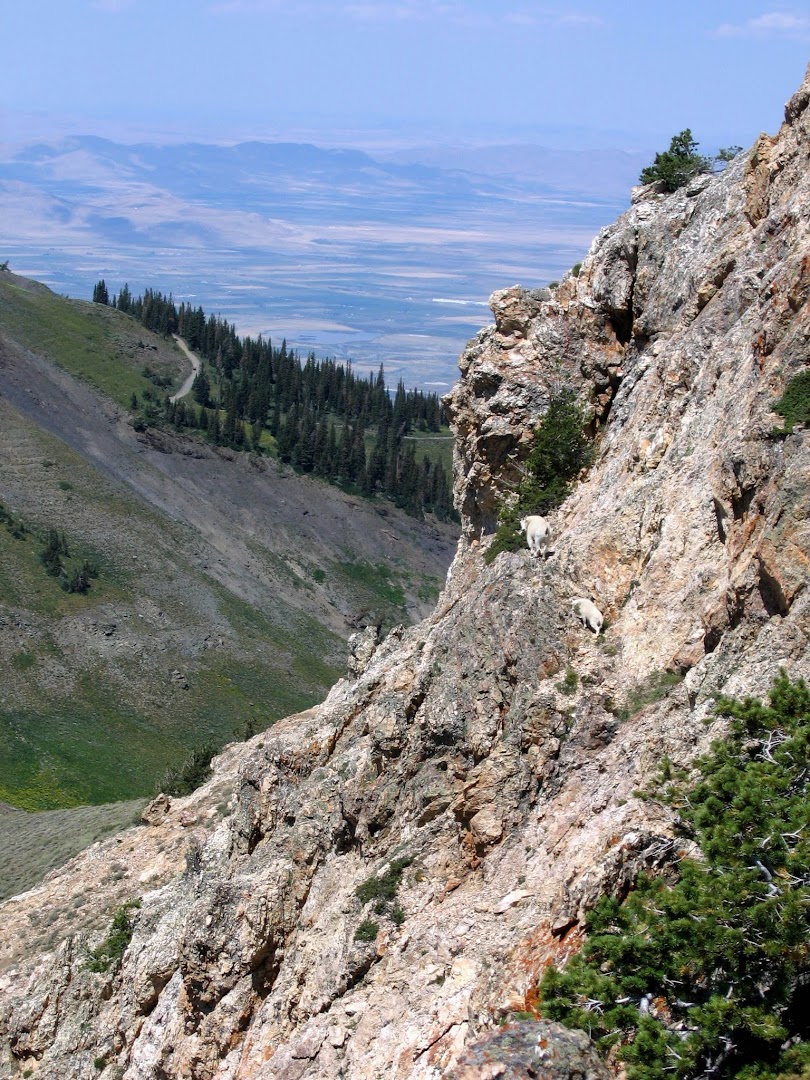 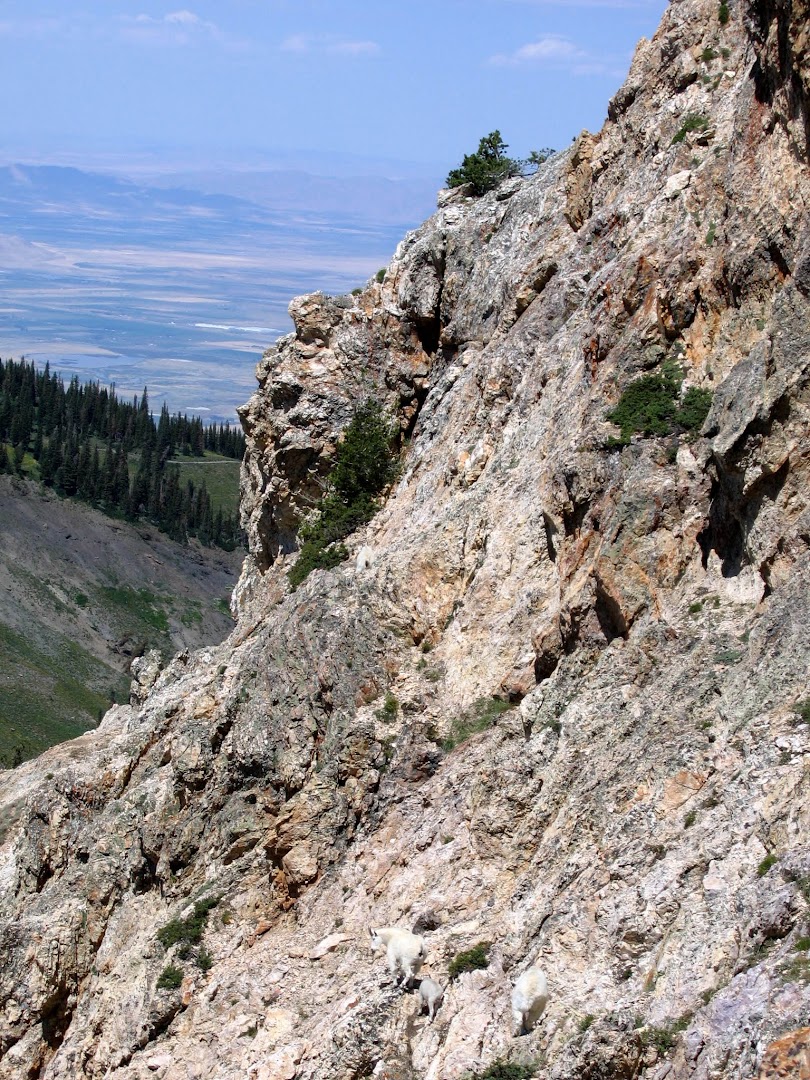 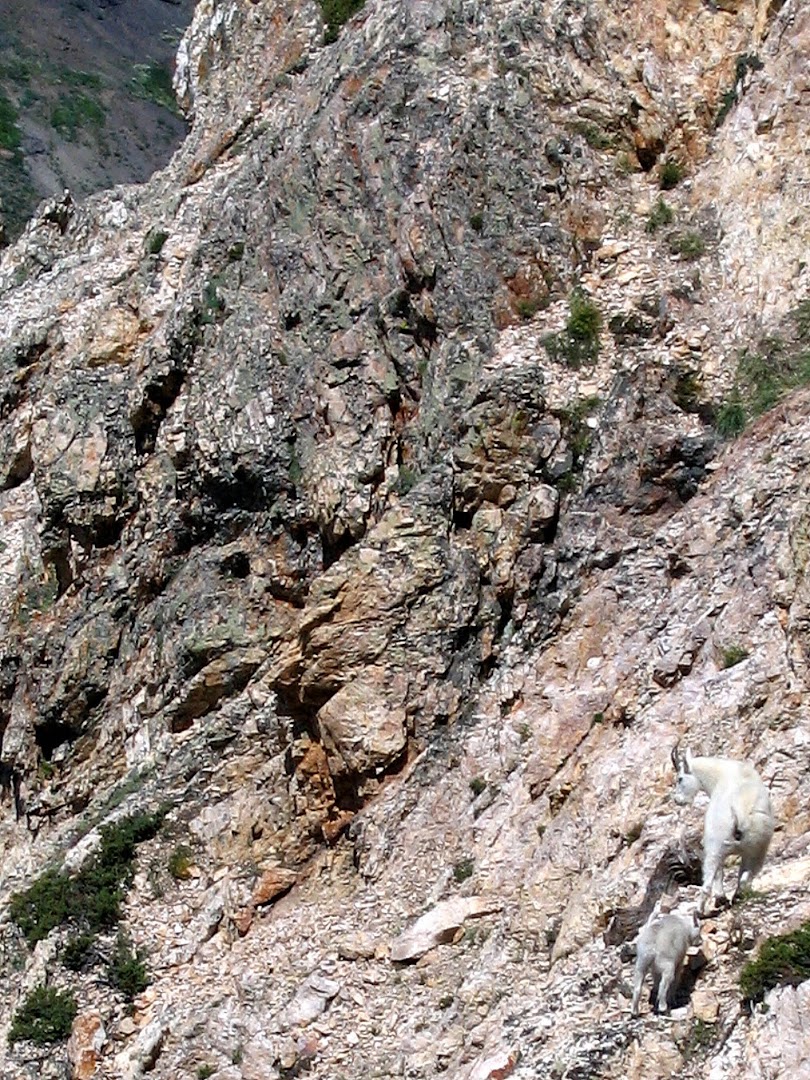 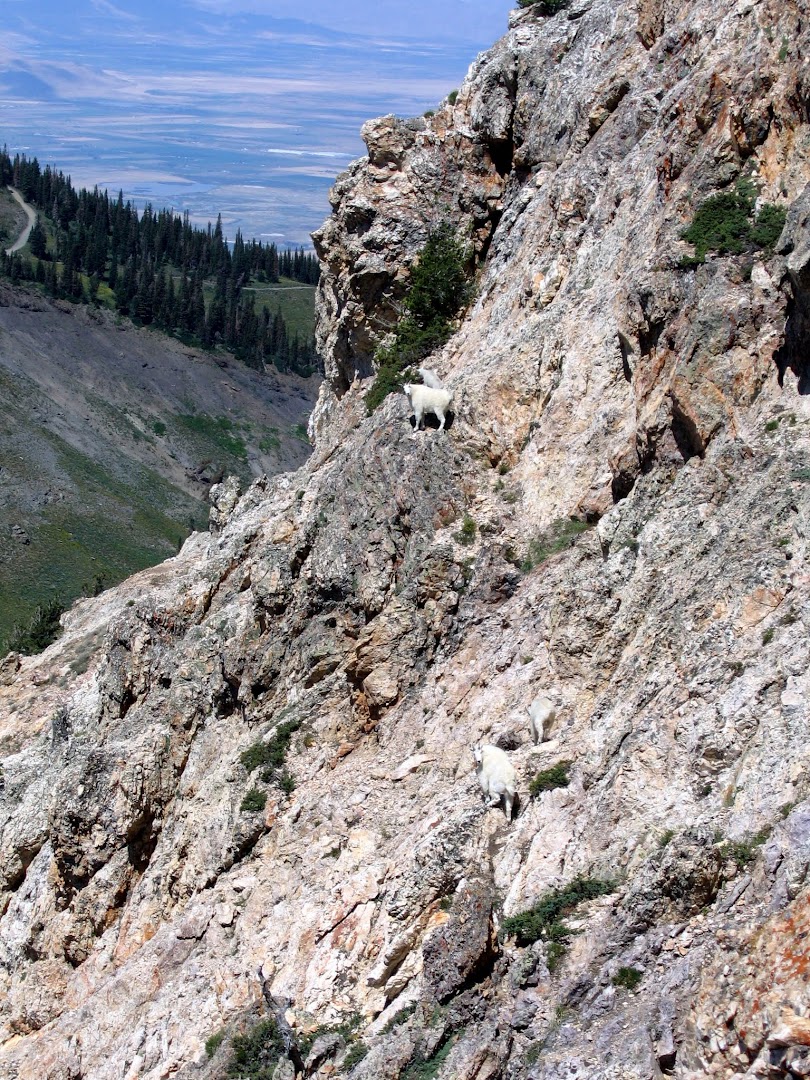 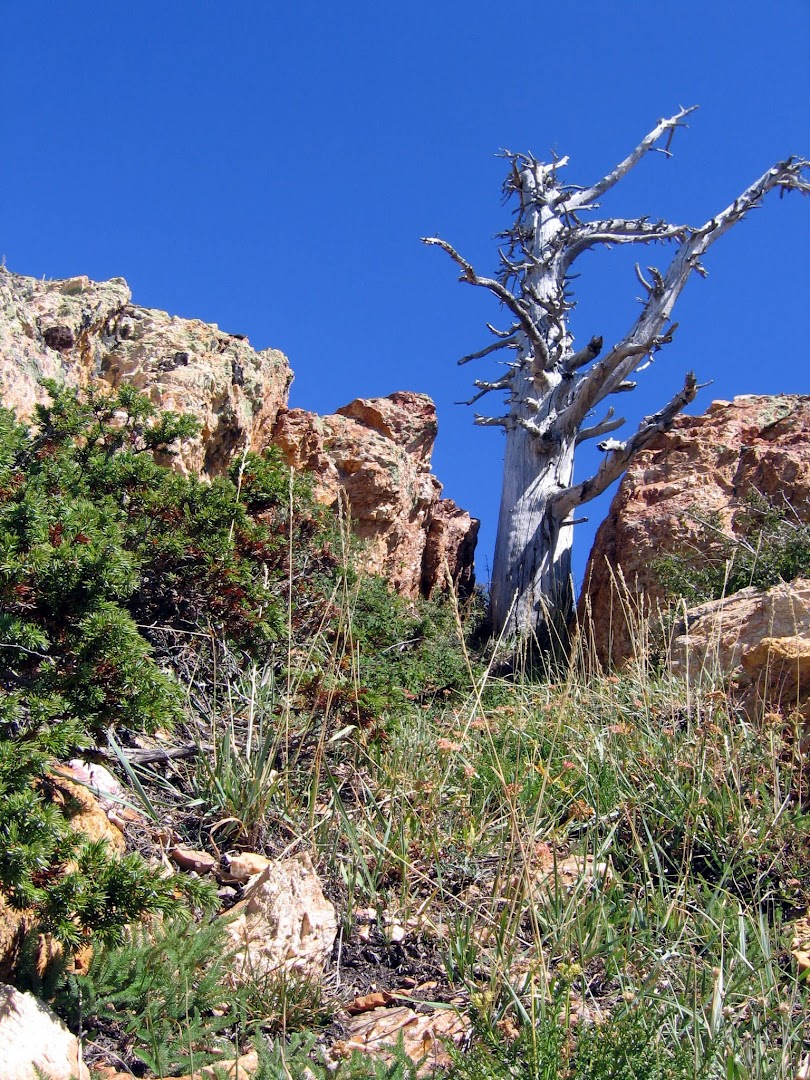 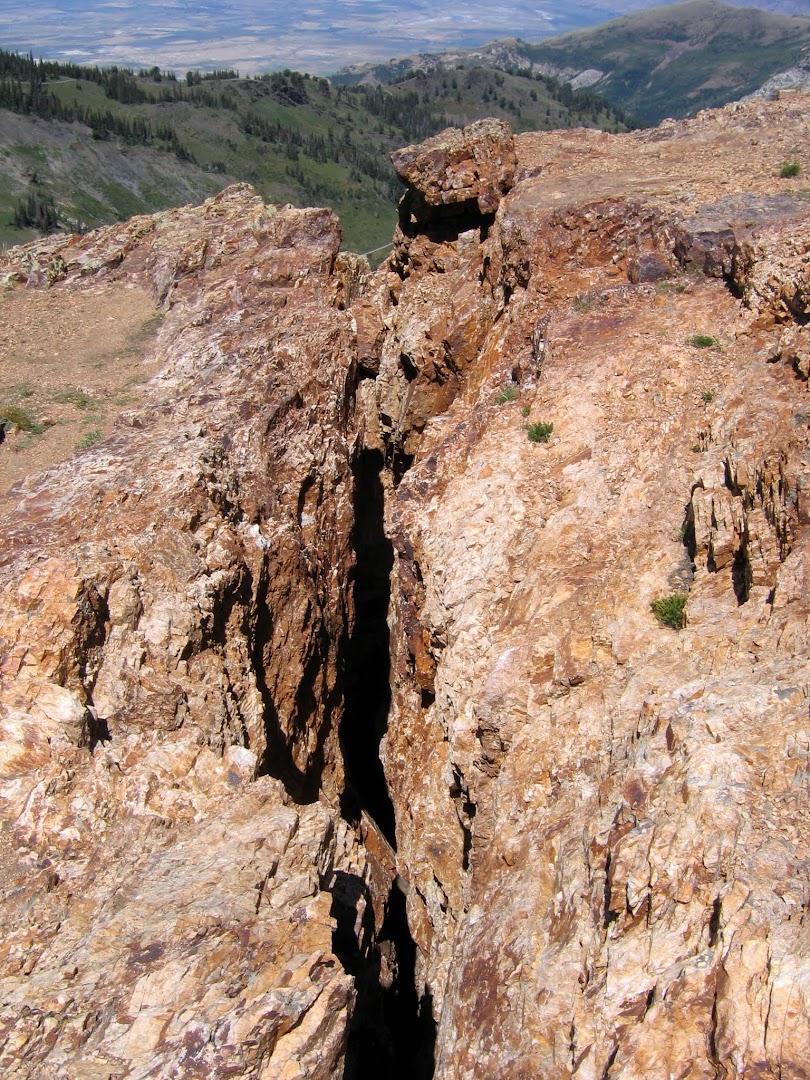 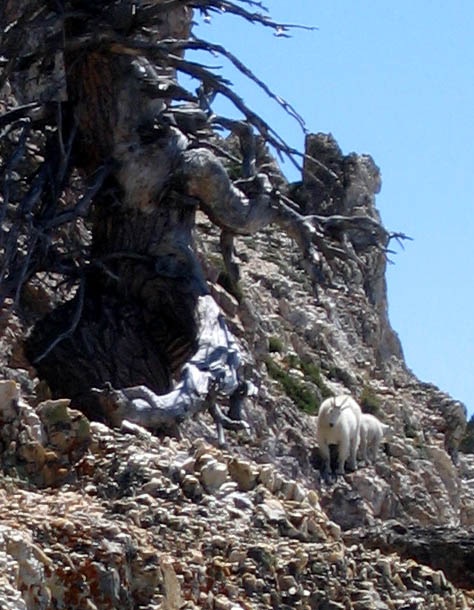 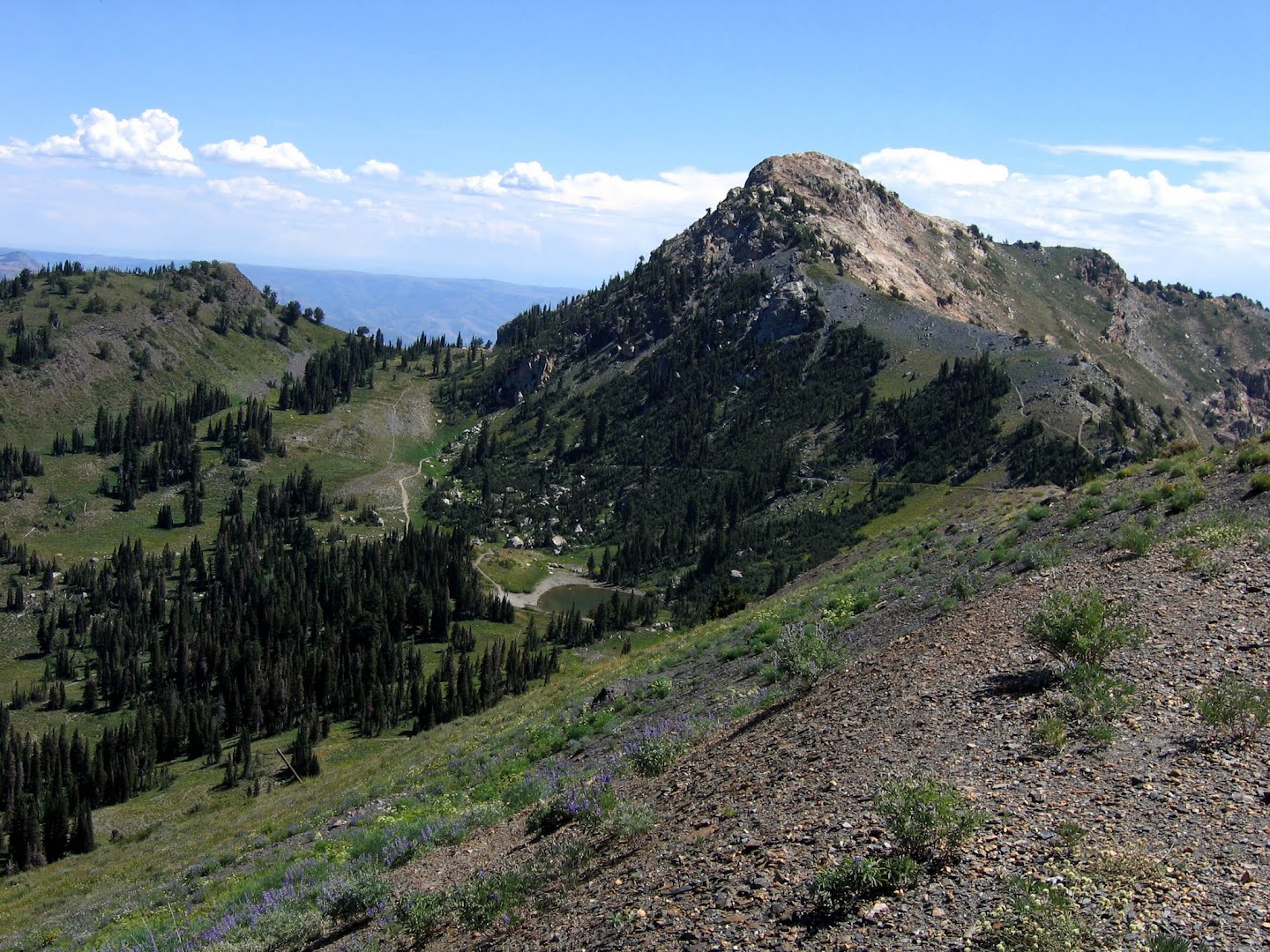 With Willard Peak under my belt, I’ve now climbed 7 Utah county high points, and have 19 left. I took the dirt road that climbs up to Inspiration Point (it’s on Willard Mountain). The road had become much rougher since last year when I last went up there, but it was still very doable in lil’ red. There were a ton of ATV’ers up there. It truly is the best way to get around on those roads. It’s certainly much faster than having to negotiate all the obstacles. The starting point for the hike is at the spring that flows onto the road in Willard Basin. This trail heads up to an alpine lake right below the peak — well, about 800 feet below the peak. There are two trails from here, one heading East around the lake onto the ridge, and one heading West onto the ridge. They meet up, so either direction is fine. The trail heading East is nicer to hike on. Once you’re close to the ridge, there’s a trail that climbs the North side of the ridge, overlooking the lake, and eventually leads you to the bare rocks that make up the peak. From that point, you’re on your own. The granite on the peak gives great traction. Close to the top there’s a giant crack in the mountain. I’m not sure how deep it is, at one point all you can see is black, and it’s so narrow that light only gets down there for a couple minutes a day, but it is long, and it’s hard to miss. On top there are 3 potential high points. I think the one in the middle is the actual highest. It consists of a chunk of rock jutting up. The GPS said they were all the same height, so the coolest spot was chosen as the high point. The actual trail to the peak is all fine and dandy, but you can get up there by going down the trail towards Ben Lomond Peak for a ways, and then at your chosen spot just start climbing up the rock. It’s a good way to go if you can’t find the trail, which was my case. There were some mountain goats that we crossed paths with on the way up. Some motorcyclists on the trail to B.L.P. stopped to check them out as well. From the loud conversation overhead halfway up the peak, the goats we’re freakin’ sweet. Willard Peak is by far the most geologically interesting peak I’ve been on. You can see for yourself in the pictures.