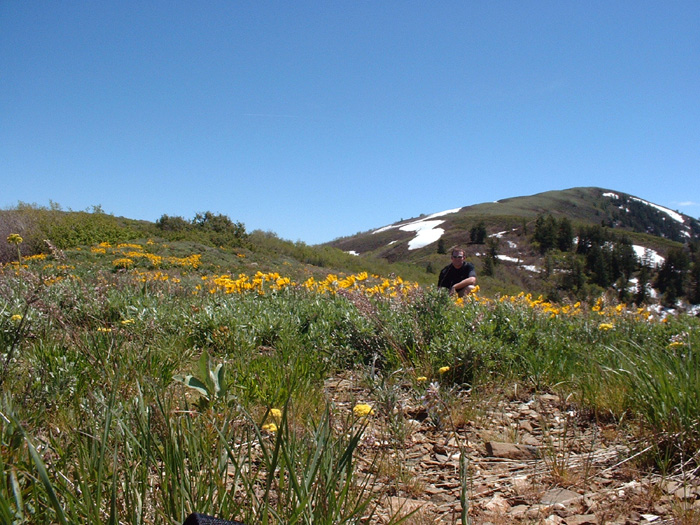 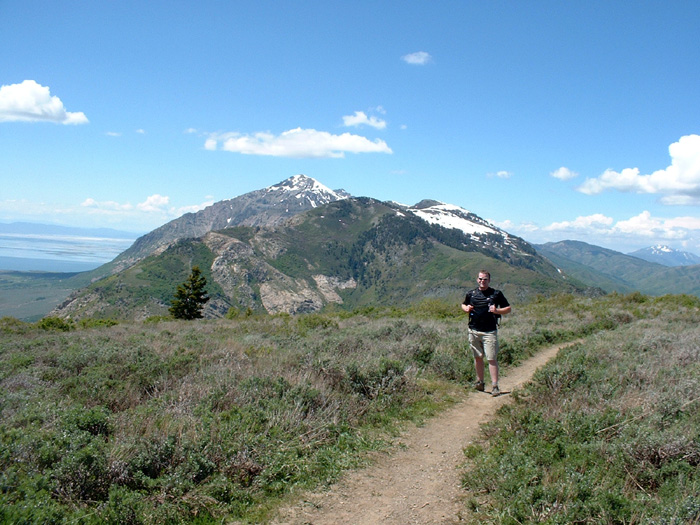 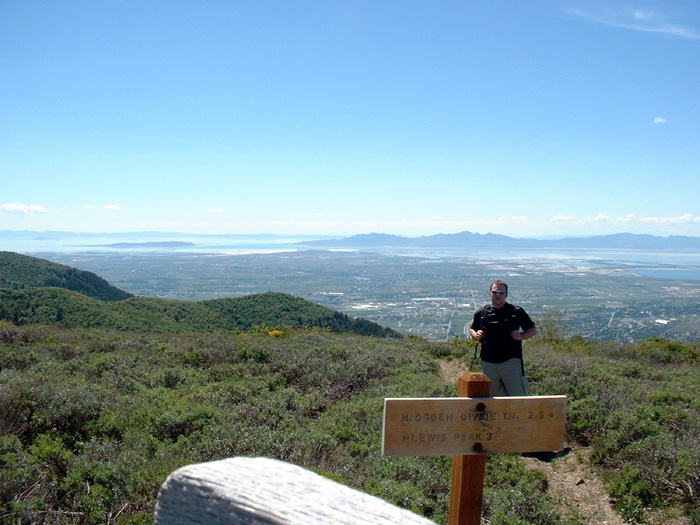 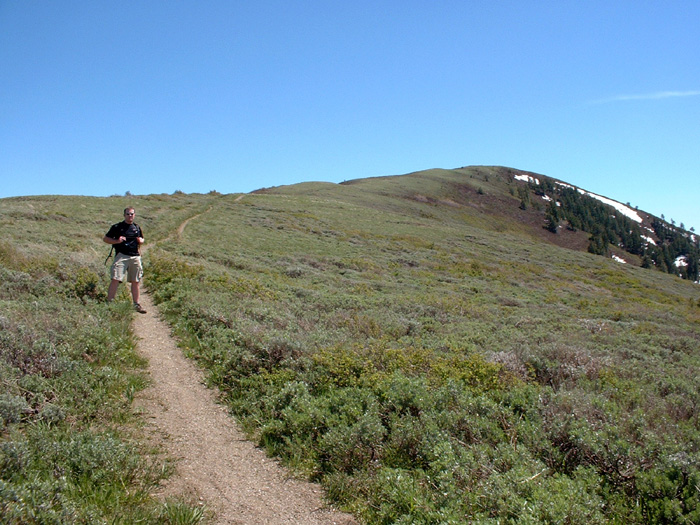 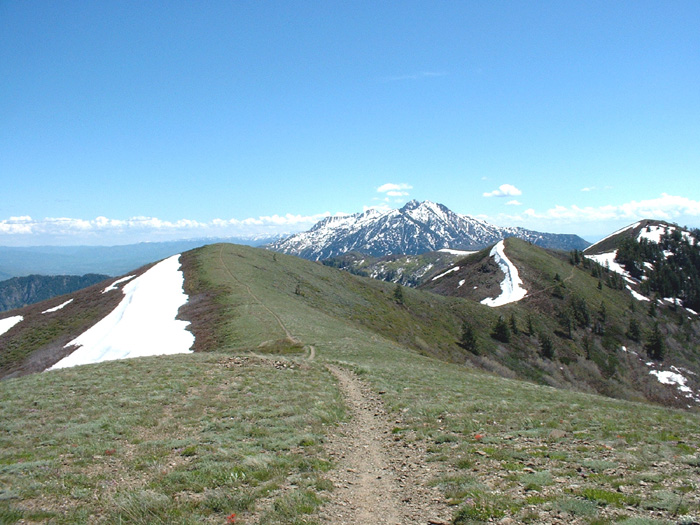 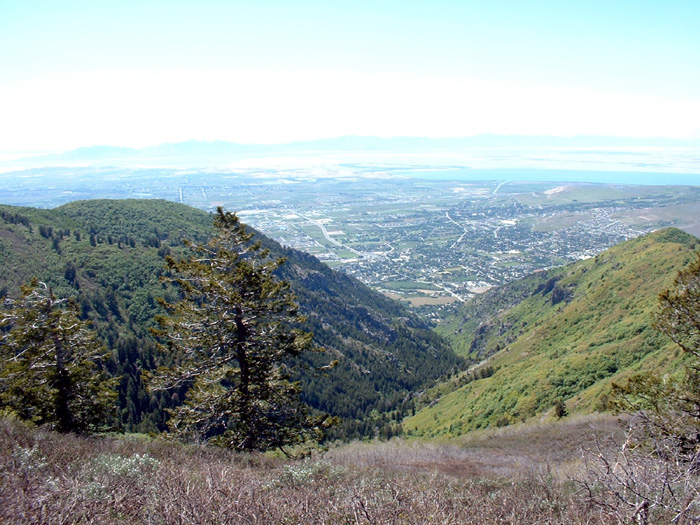 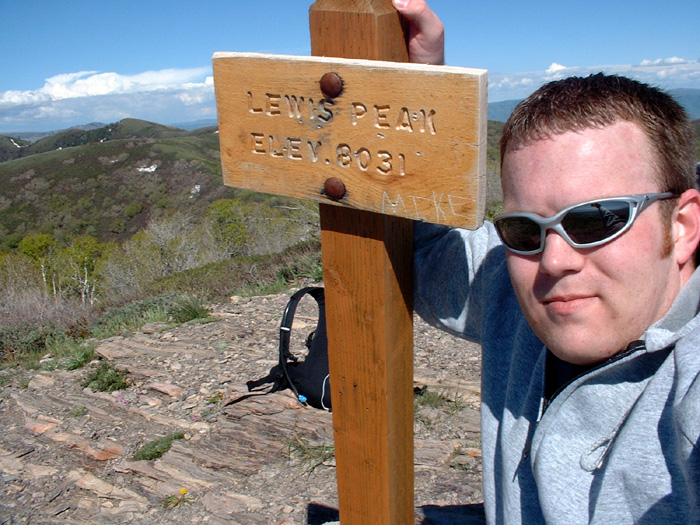 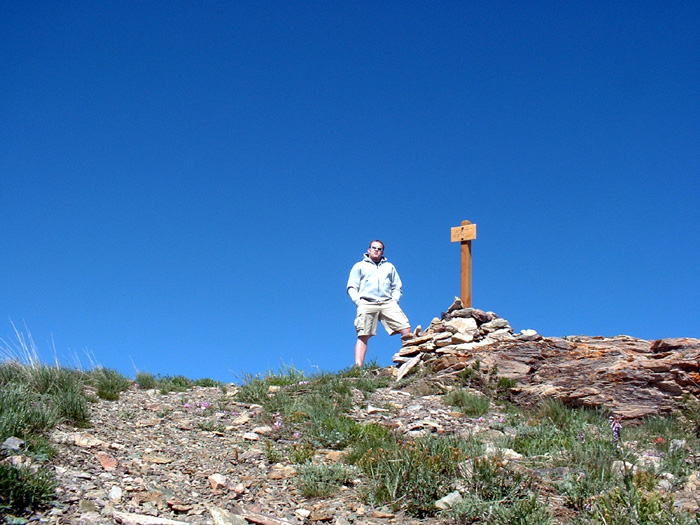 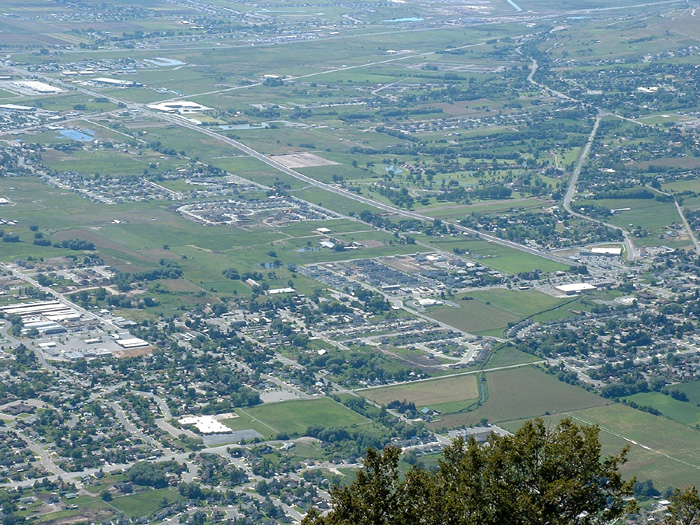 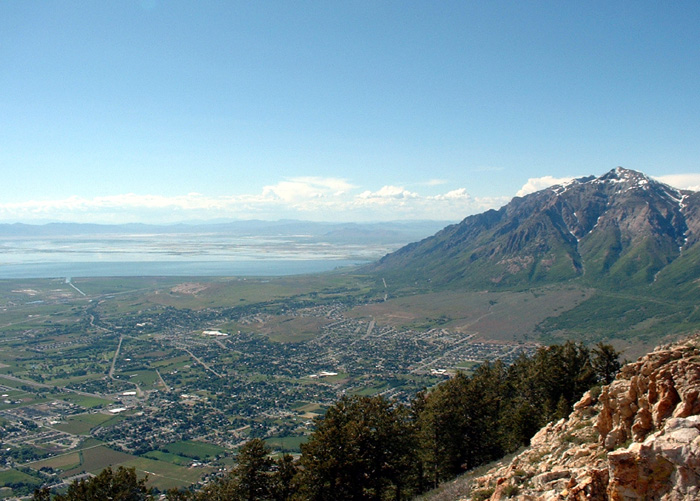 Who could pass up a beautiful Saturday of hiking? Not I. I ditched my current project of rebuilding my master closet, and headed for Lewis Peak. It sits just South of where I live, so it was a whole 5 minute commute to the trailhead. This was my first time on the trail, and I was impressed with the nice steep angle of the trail, it’s quality, and the quick variations in the surroundings. Only downside — horse poop. I googled trail horse poop to see what other communities were doing about horse poop on trails and got a nice mix of opinion. The pro-equestrians think anyone who has a problem with horse poop on trails can go take a hike…somewhere else. They seem to think that bipeds & bicyclists don’t know that horse poop really isn’t poop at all, it’s just a neat pile of water & grass that tells them how healthy their horse is! They also say that it biodegrades very quickly, and that unlike dog or human excrement, horse poop really isn’t offensive at all. Well, I don’t know what planet they’re from, but IMO poop is poop, and horse poop reeks, and remains on trails for over 3 years before it is no longer a pile of something & even then it’s still easily recognizable as formerly being a huge mound of poop. It attracts tons of insects, & undesirable wildlife to the trails, and for the unattentive who step in, or ride through a nice pile of the stuff, they get to keep a constant smelly reminder of their mistake for the rest of their trip, or until they can find someplace to wash it off — wait, who wants horse poop being washed off into a water supply? Aside from their askew thoughts on horse poop, I have no problem with equestrians using the same trails that I do. I think they have equal rights to get out into nature just like everyone else, but just because horses are considered noble animals, doesn’t mean their waste should be held in any different light than a humans, a dogs, or any other animal that a human has control over. So what can be done? It would be risky for an equestrian to dismount to clean it up and put the poop out to pasture, horse diapers are an option, but even I think that’s a little low for horses, there could be planned trail cleanups by the same equestrians who use the trails to rid the trails of their horses poop, or even just regular patrols by concerned equestrians who would want to keep trails open to horseback riding. The nastiest thing I encountered on the trail though, was a 20 foot long spread of vile horse diarrhea that covered the entire width of the trail. That kind of thing just can’t be cleaned up well. So what’s the answer? I don’t think there is a single answer that will make everyone happy. However, horse owners need to take responsibility for what their animals do, and show some respect for other trail users otherwise the right to use those trails can be taken away.

Anyway, enough of that rant. After a mile on the trail and 1000 ft elevation gained you come out of the forest with views of the Huntsville area, including the Pineview Reservoir, which is filled to the brim with all the spring runoff. From there you climb another 1000 feet to the highest point in the Lewis Peak section of mountain. Now my GPS said this point was higher than Lewis Peak, by about 120 feet, and it doesn’t tend to lie. Irregardless, my goal was Lewis Peak, or the furthest I could get before I hit a stretch of snow miserable enough to make me turn back. The trail meandes around some hills, and through large patches of wildflowers, through several stretches of snow, and doesn’t really gain much, nor lose much elevation from here till the end. There was only one section of snow that I couldn’t just go through, it would’ve been a nasty slide & broken bones if anything happened while trying to get up it, so I went all the way up and around it. Lewis Peak has a nice view of Ben Lomond & Willard Peak to the North as well as Ogden Peak to the South, and the Weber valley.