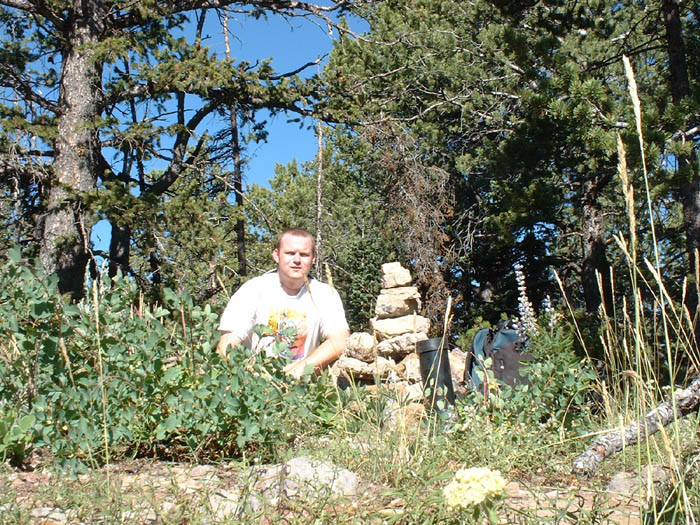 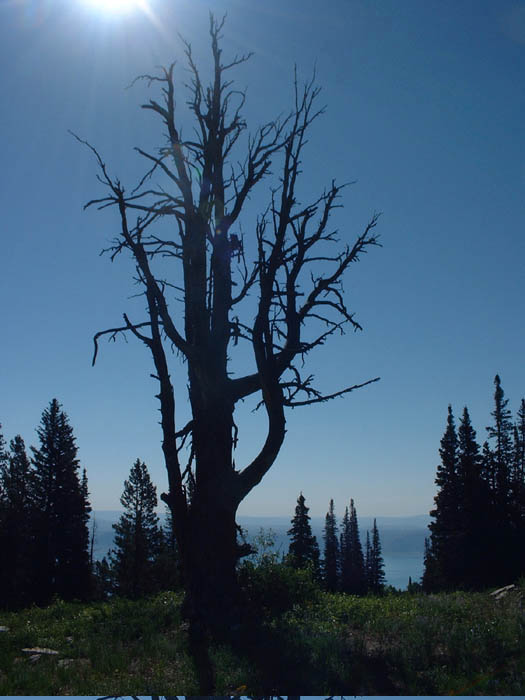 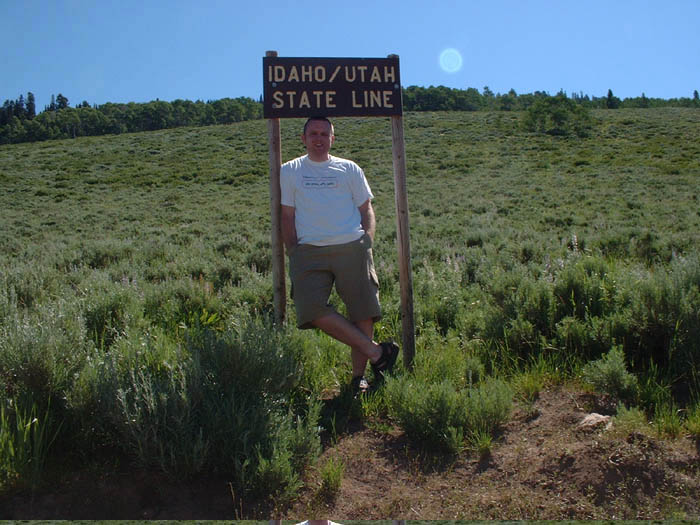 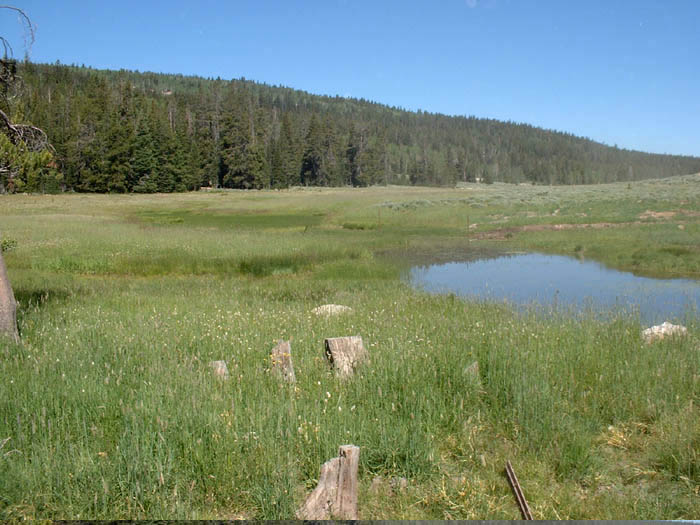 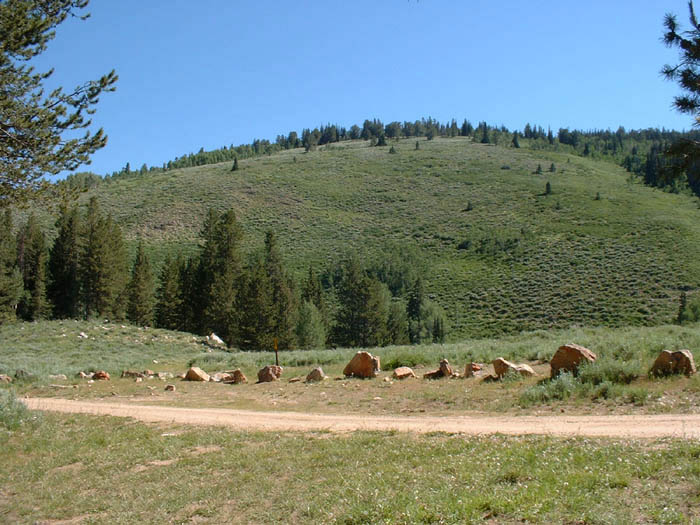 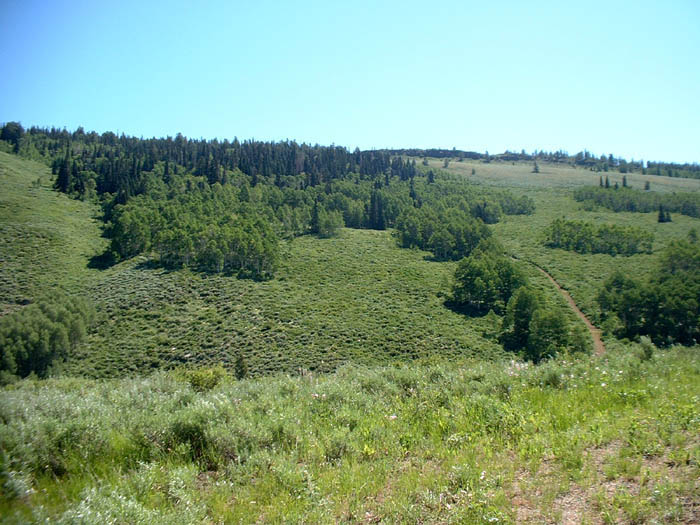 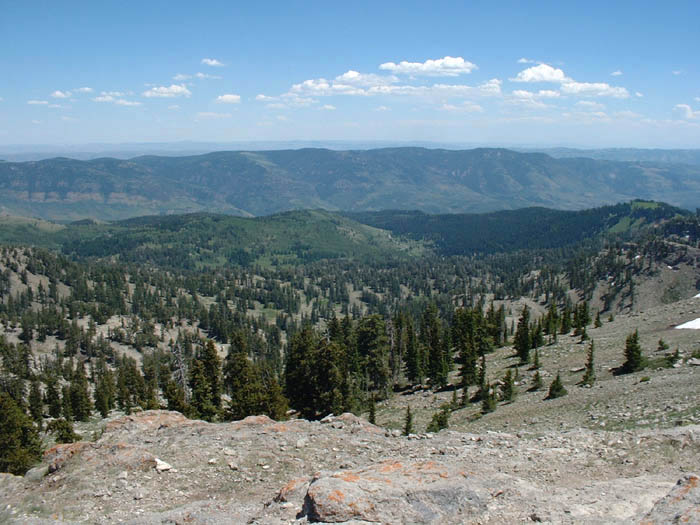 Climbing Bridger Peak was a walk in the park. When the guide book said that you get to leave the trail and start bushwhacking to get to the summit I was worried. I didn’t want to get into a similar situation as I did on Bull Mountain. The trail pretty much goes straight up the mountain for 400 vertical feet, then turns towards the summit, then straight up again, then to the right just below the ridge line. I stuck to the trail thankfully, and wound up a little further away from the peak than I would’ve been had I bush whacked, but it was worth it. From there it was a quick scramble up some rocks to the ridgeline, and then an easy hike to the summit. It seriously smelled like cows had been up there, and there were flys galore. If it wasn’t for DEET I would’ve hated the trip. There are perfect views of Naomi Peak from the ridgeline, not the summit, and from the summit you can see portions of Bear Lake. Bridger is low enough that the top is still covered in trees. It’s impressive that such an easy peak to bag is the high point of a county.