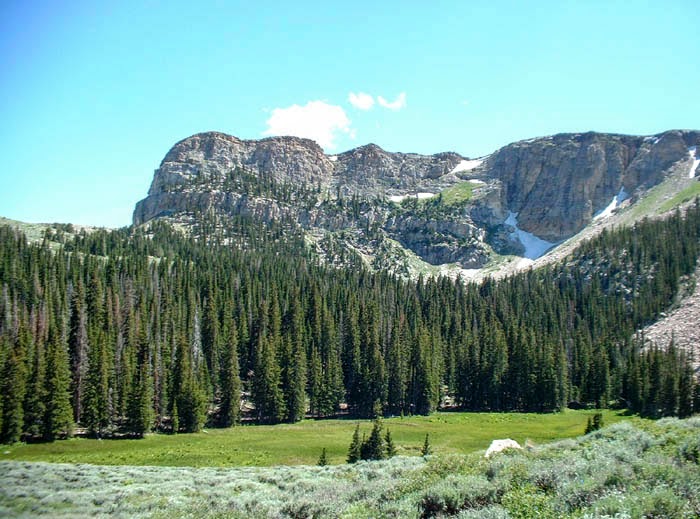 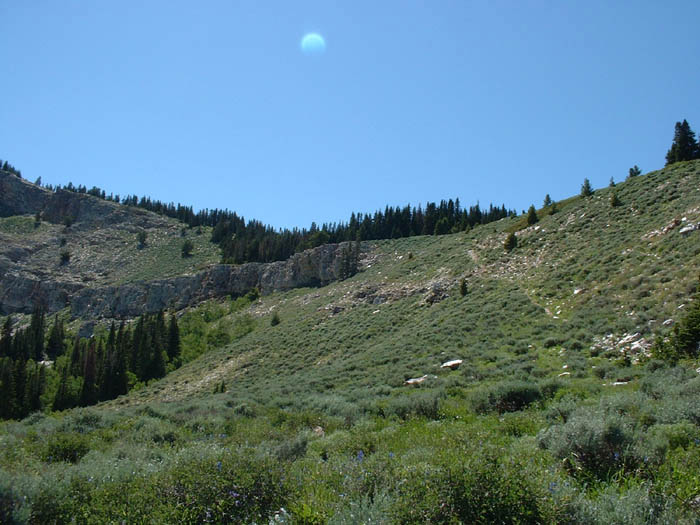 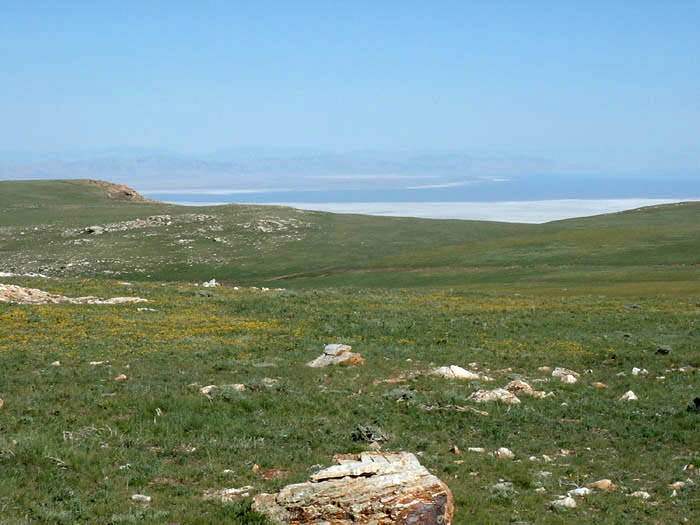 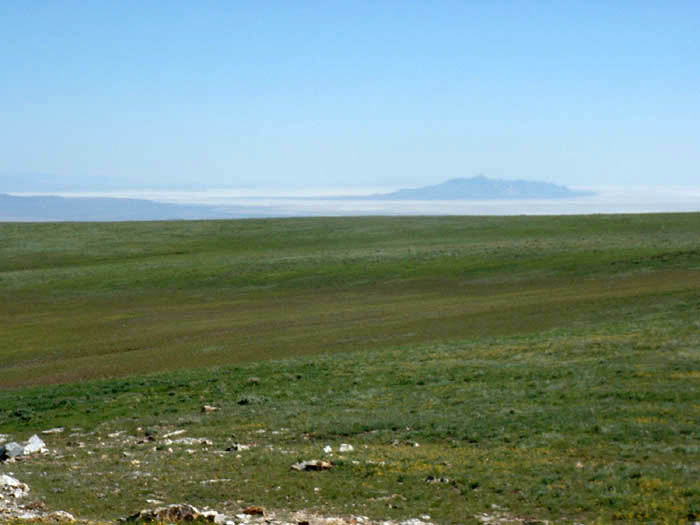 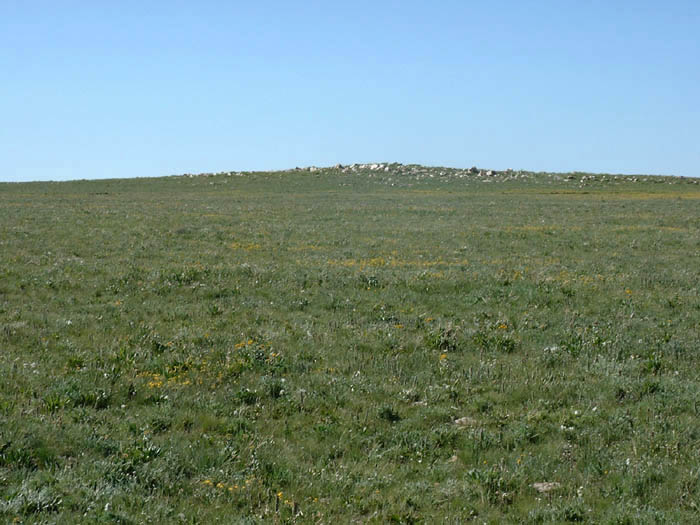 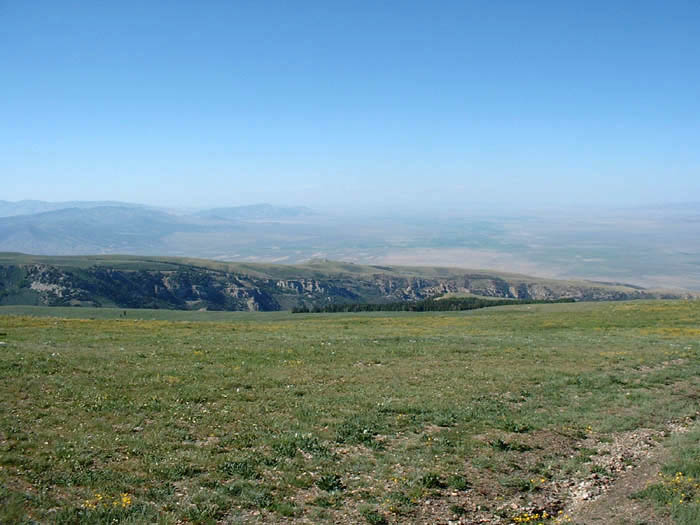 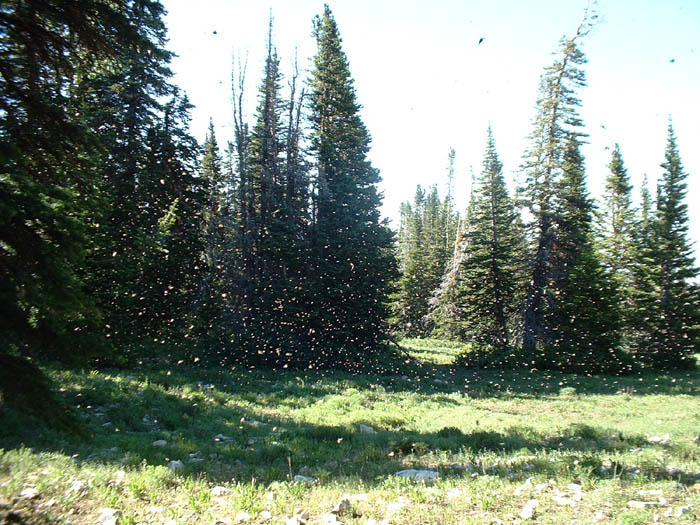 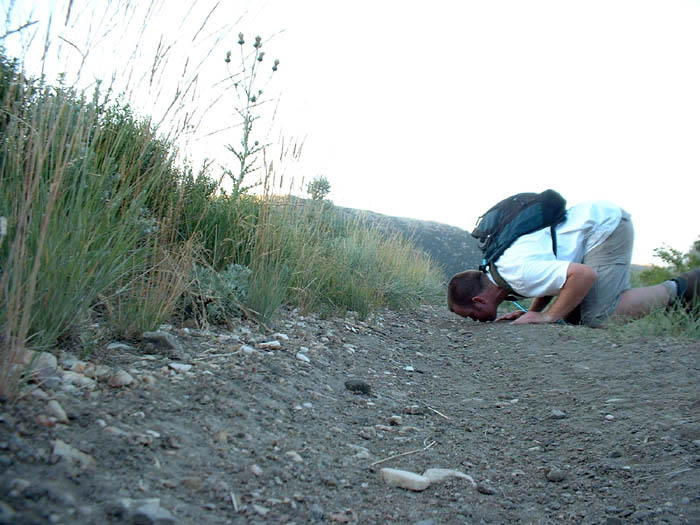 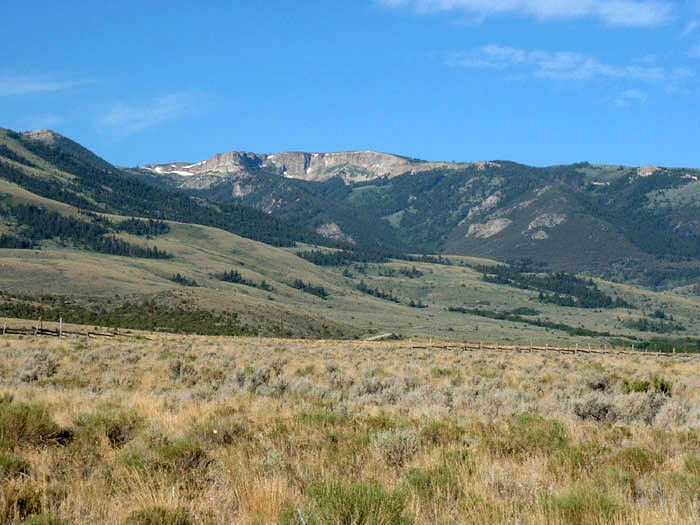 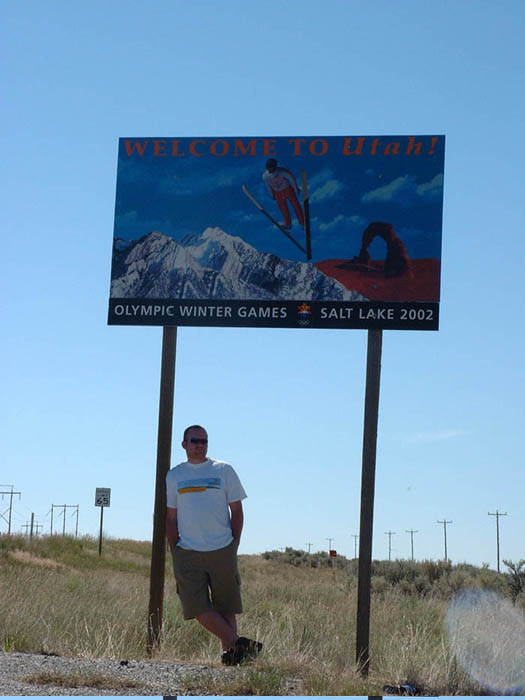 I knew that I was going to have some tough climbs when I decided I wanted to bag all these peaks, but Bull Mountain blew my expectations of misery away. It started out innocent enough with a very nice trail heading gradually up into a canyon, following the path of a stream at a distance. At a junction of two streams I made my left turn up a smaller, but still decent trail into a side canyon heading directly towards the summit. A mile and a half into this trail it crossed the stream I had been following up the side canyon and went up into a field of sagebrush, thorny plants, and some grasses. After a quarter mile of that the trail disappeared. I’m glad I had my GPS to let me know I was on track. After the trail disappeared I went through a section of forest to save my legs some agony from the scraping that I found hords of moths living in the pine trees. I never saw them actually hanging out in the trees. As soon as they heard a sound all of the moths flew out from the trees panicking flying in all directions. Fortunately I only had 2000 vertical feet with these paranoid bugs. The rest of the trip up was pretty much the same: no trail, and moths in the trees. When I got to the top I found that the summit was one flat meadow. I had a hard time even trying to figure out where the exact summit would be it was so flat. GPS to the rescue. The top was marked with a small cairn that was favored by the local jackrabbits. I know this because they defecated all over the cairn. At least the summit was above treeline so there were no moths to bother me. On the way back I decided to take an alternate route to avoid moths, sagebrush, and no trail. The route I chose took me along one of the ridge lines back towards camp. There was a faint outline of an old road that I followed, and hoped it took me somewhere nice. I saw periodically empty discarded bottles of Gatorade or Coke, which bolstered my hopes that this area was frequented often, and that there was a trail in the area. For 2 miles it was wonderful, then I hit the forest. I knew that I would have to get off the ridgeline and into one of the canyon bottoms to hook up with a trail. The trail I had come up on was much further away than the canyon bottom in the opposite direction, so I thought I’d try it. It was steep, dense, and there were fallen trees all over the place, but it didn’t take long to get to the canyon bottom. If it wasn’t for the GPS I wouldn’t have had a clue what to do, or where to go. I had ran out of water up on the ridgeline, so getting to a stream was the best thing to do even if there wasn’t a trail. There was a stream, but no trail. I purified the water with the wonderful iodine tablets. I’m glad I filled up when I did because shortly after the stream went underground and I was left with a dry streambed to run down. It was almost as good as a trial until I hit overgrowth, and enough fallen trees to stop an elephant. After going back into the dense forest, walking in the streambed, and anywhere else there was a clear enough path to go through. Eventually I hit the main trail. It was the happiest moment of my trip. If I had to do it again, I don’t think I would take the route I did back, or the one I did up, perhaps the trail to Bull Flat, since you do pass Bull Flat on the way to the top on the recommended route for bagging that peak.