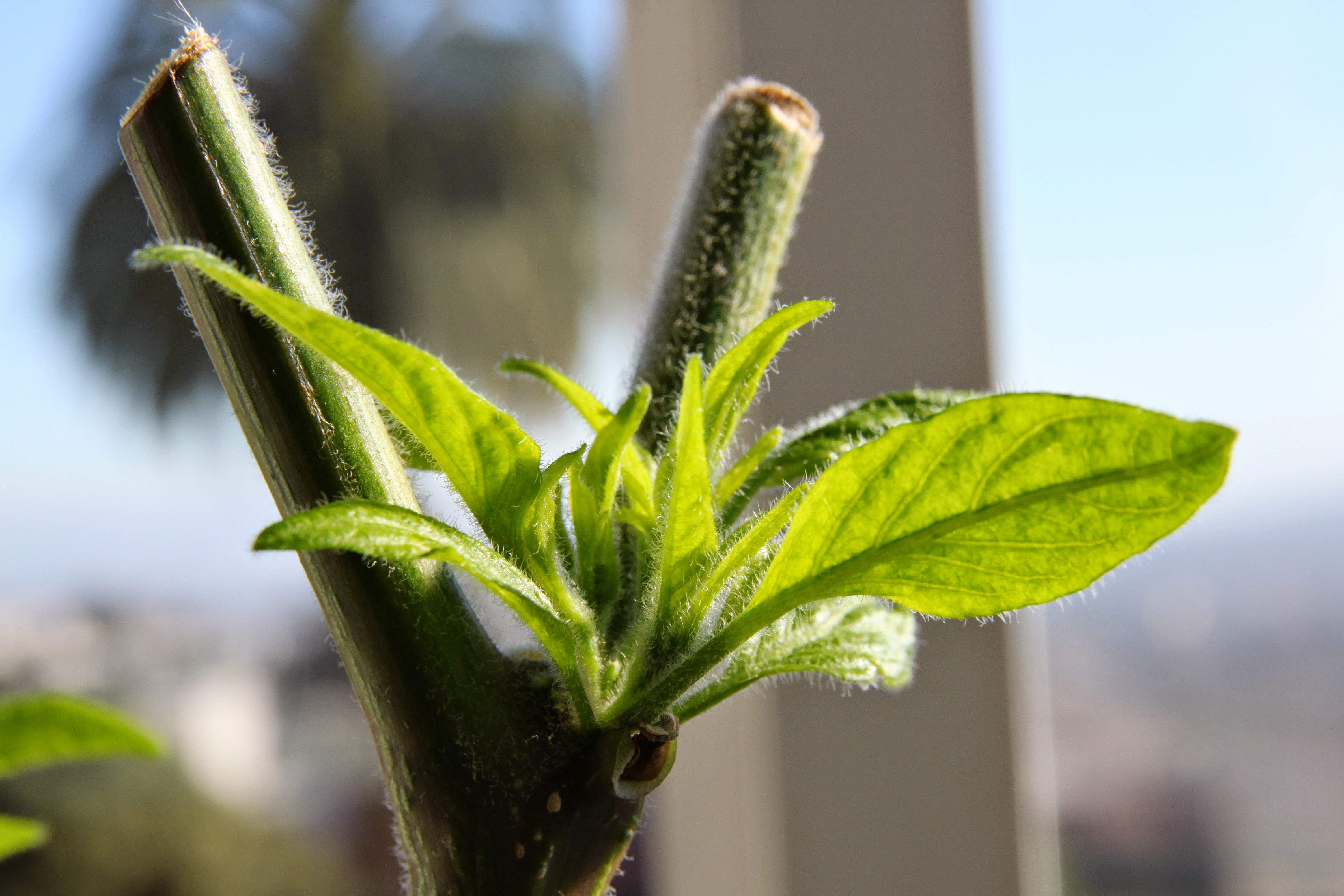 I started this plant late in the season from seed – September. Despite the late start, it produced 80 2.5″ pods, which is great. Then in December my indoor garden was infested with whiteflies, and they loved the serrano plant. There was no way to salvage the plants, so I harvested what I could, moved it outside, and pruned it down to 3 nodes, completely leafless, and let it sit dormant in the cold for 3 weeks before moving it back inside.

I’ve read about some species of peppers growing really well as perennials given the right conditions, so I was hoping this would be the case.

This is the first pepper plant I have ever grown, and they are really cool, I’m excited to grow more varieties this season.

My second pepper is a cayenne started around the same time, but I wanted to grow it outside to see how it would fare. It didn’t do that great. It was supposed to be a 4′ plant, it grew to half of that. It produced 10 mature pods that were completely funky and gnarly. They are drying right now. Once the really cold wet rain hit, I pruned it down as well. I’m going to let it go another season, let it experience some San Francisco summer and see how it does.

May 1, 2015 Update:
The second batch of peppers from this plant have been harvested. Over 100 fruits grew this time. Total time from when I brought it back indoors and its first leaves started to harvest: 4 months.