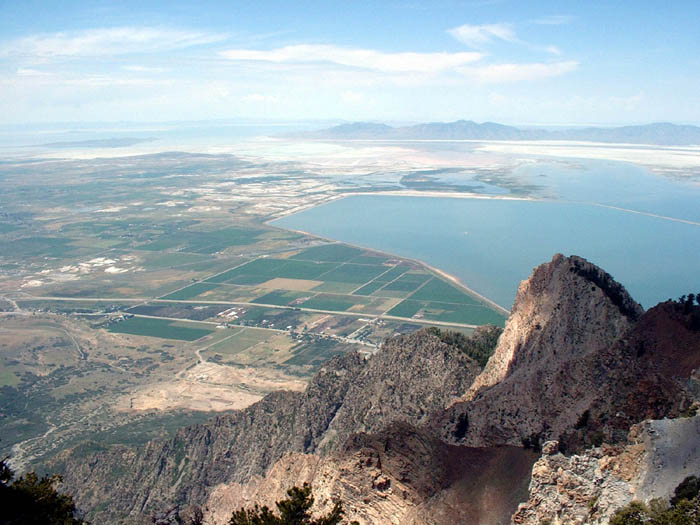 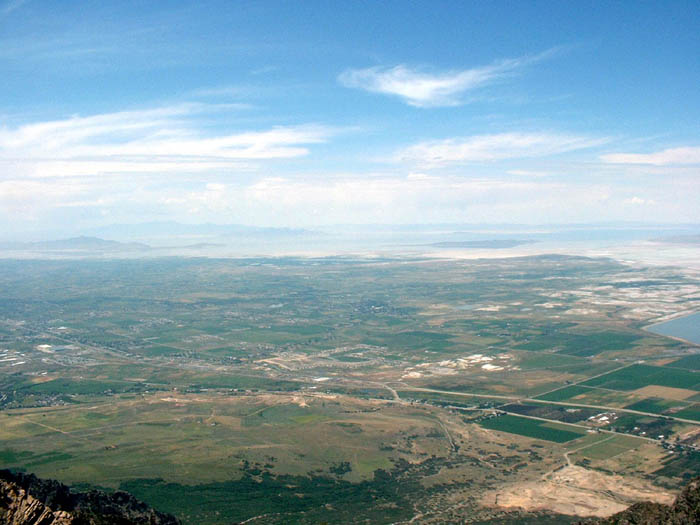 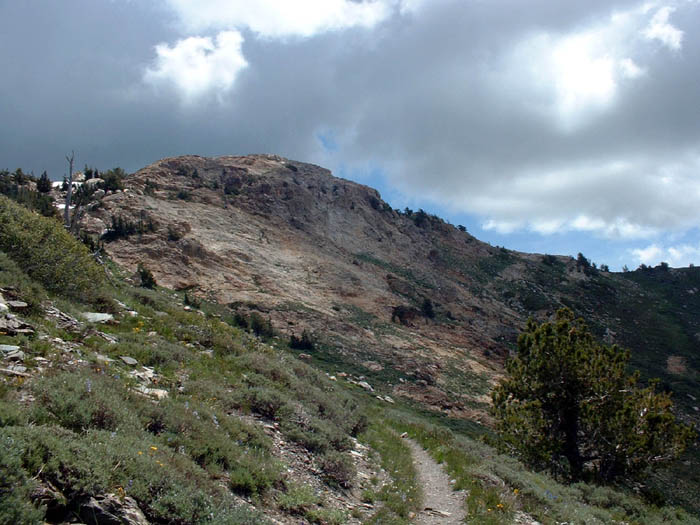 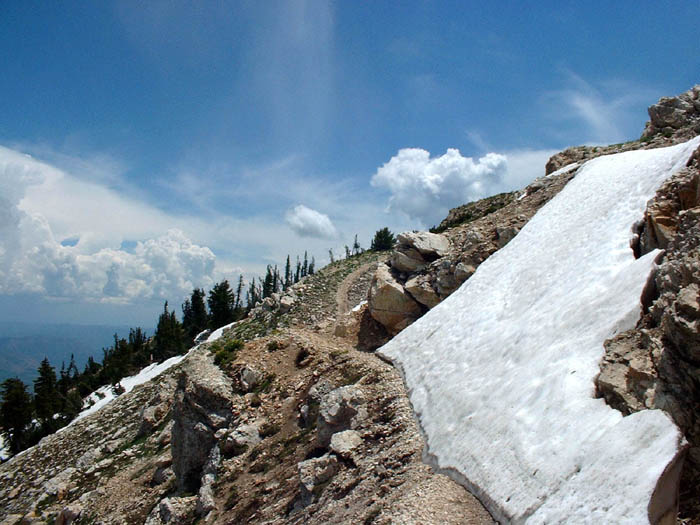 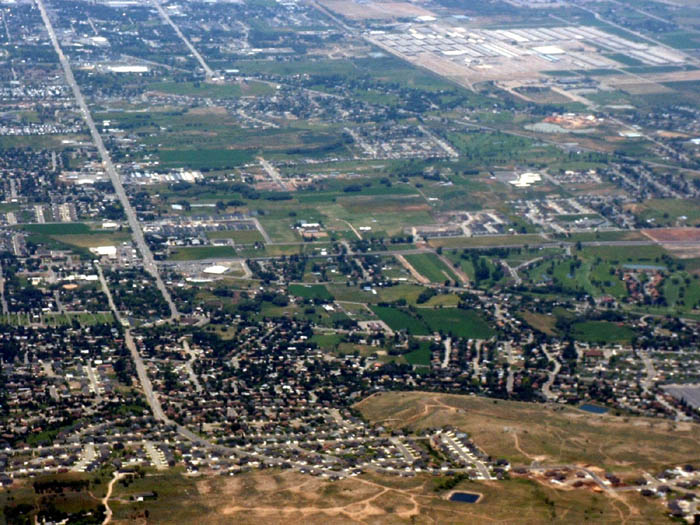 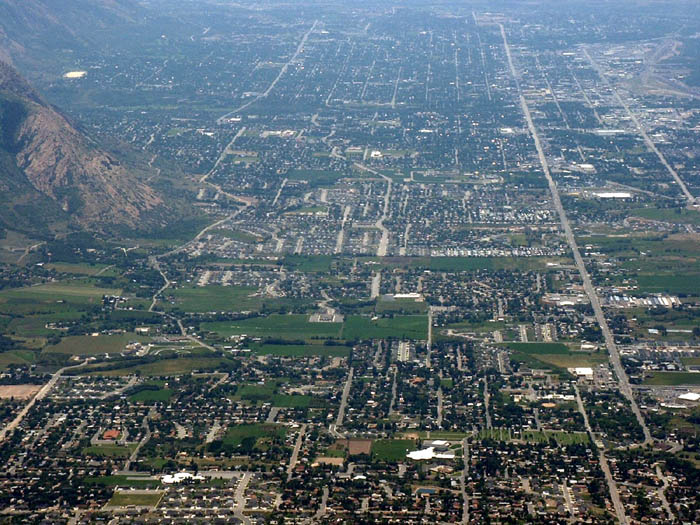 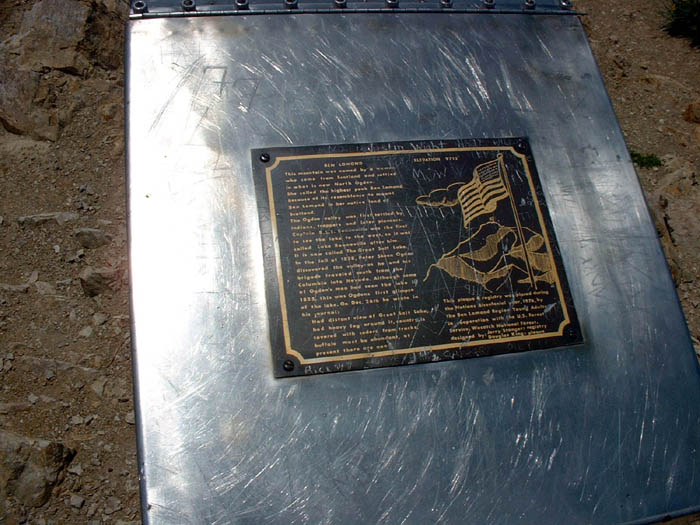 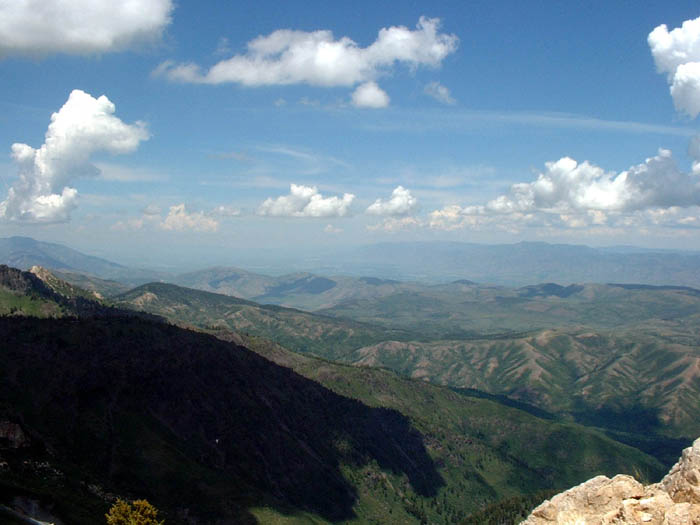 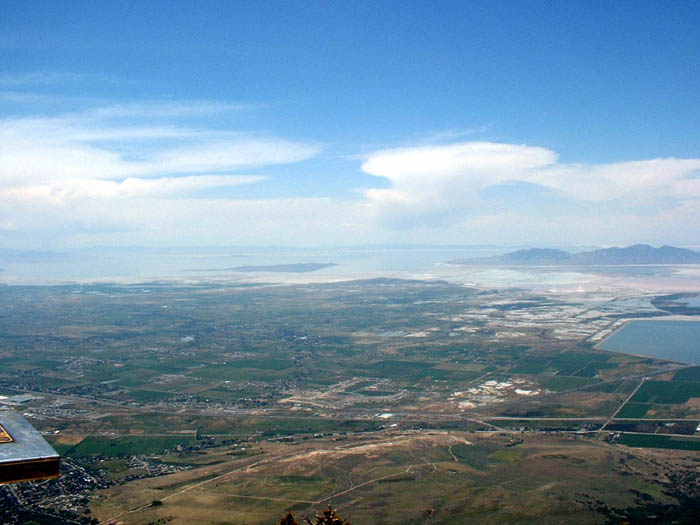 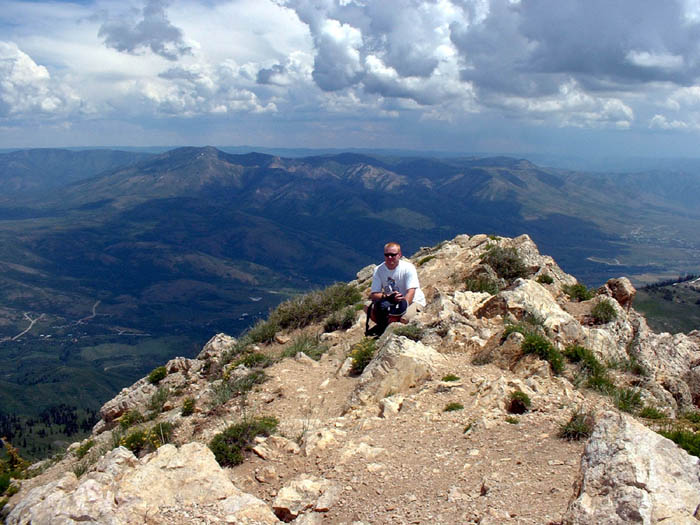 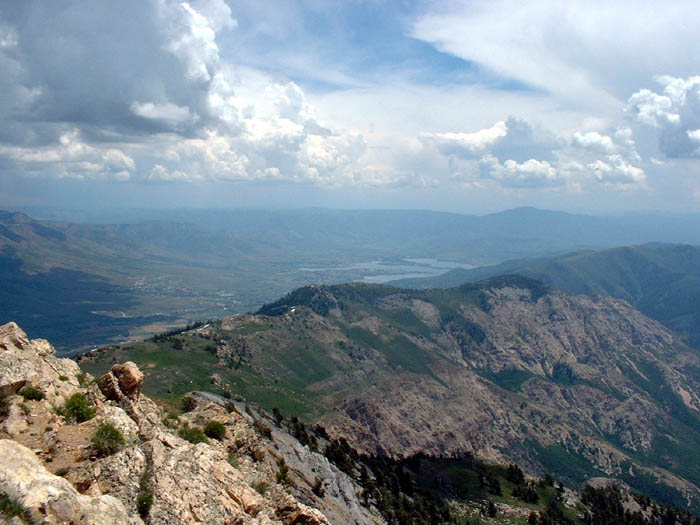 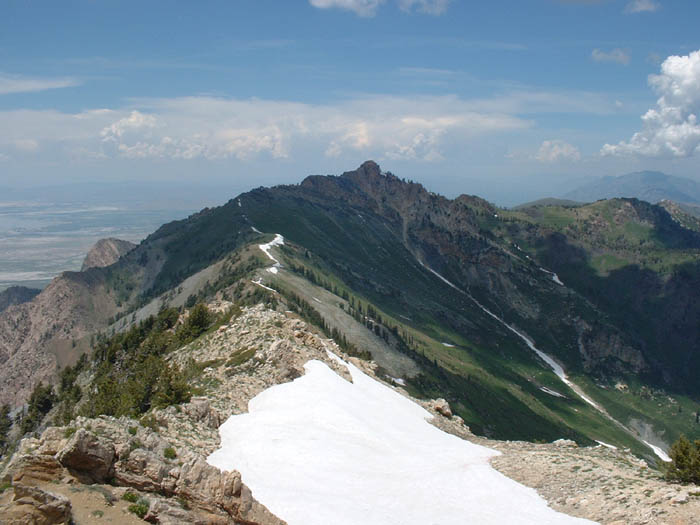 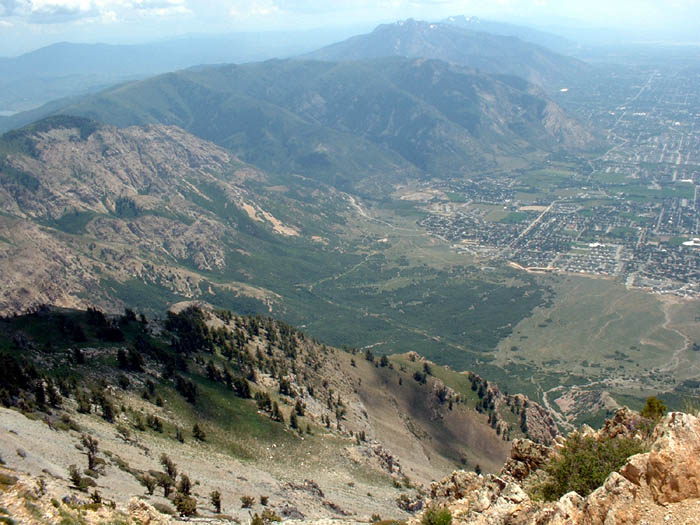 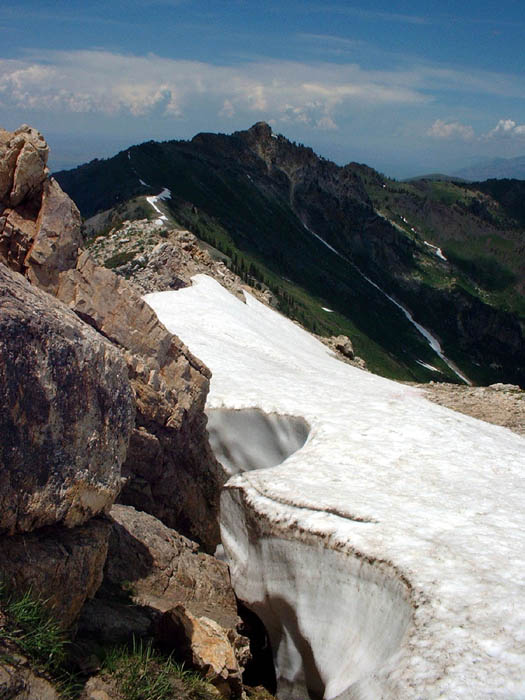 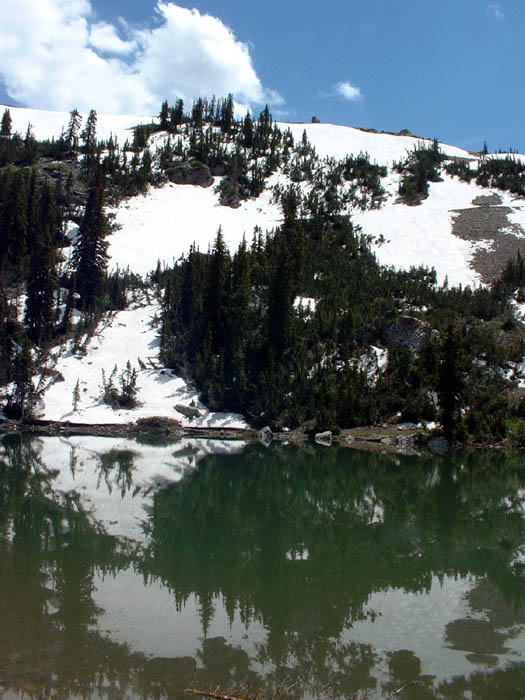 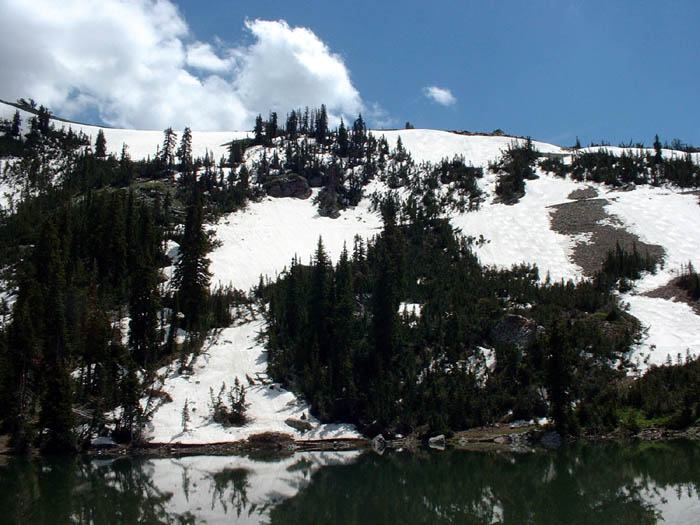 Saturday was my first peak of the season. Originally I set out for Willard Peak, it’s Weber counties highest peak. The easiest way to get to the top is to go to the town of Mantua and climb a fairly decent, but bumpy road to the Willard Basin just below the peak. It took more than an hour to get up the dirt road. You can cruise up it on a 4-wheeler, but anything larger will be slower. I had to get by a couple Suburbans on the road, both times there was less than an inch of clearance, and both encounters were in wide sections of the road.

At the Willard Basin Trailhead there’s a nice spring flowing out of a pipe onto the side of the road. Up the trail is a nice snow-fed lake, and above that is Willard Mountain to the West, and Willard Peak to the East. To get up there you can take two different trails (or continue on up the road to be dropped off nearly at the summit of Willard Mountain at a place called Inspiration Point). The trail I chose meant crossing a very long section of snow at a precipitous angle. It didn’t look so bad from the lake. In retrospect, the other trail would’ve been much better, but crossing the snow made the trip a lot more interesting. Once on the ridge between the two peaks there’s a nice trail that goes from that ridge, around Willard Peak, and down to Ben Lomond. Figuring that there would be a trail to the top of Willard I followed the trail towards Ben Lomond. After not seeing a clear trail I decided to just do Ben Lomond, and then Willard later on. There were a couple more patches of snow to cross on Ben Lomond, but the trail was nice for the most part. On the way over I spotted a very faint trail up Willard Peak from the southern end, but there wasn’t enough time. All in all it was a nice, easy trek, 6 miles in all, w/ a little over 1000 ft in elevation gained. The GPS read 9726 ft on Ben Lomond.

On the way down to SLC a couple hours later for a reception it started pouring, and there was lightning all around. I’m glad there was great weather while I was up there.